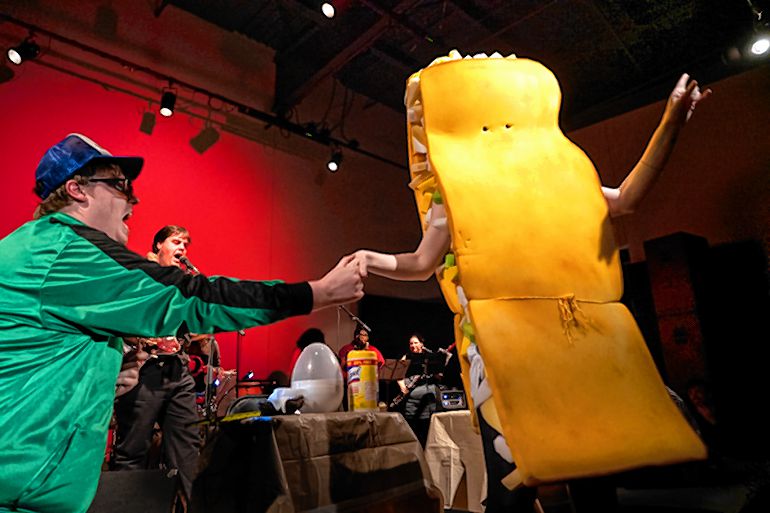 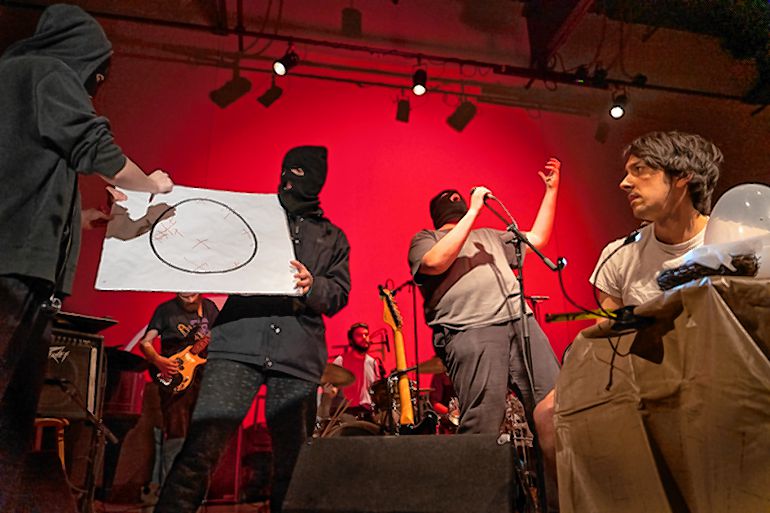 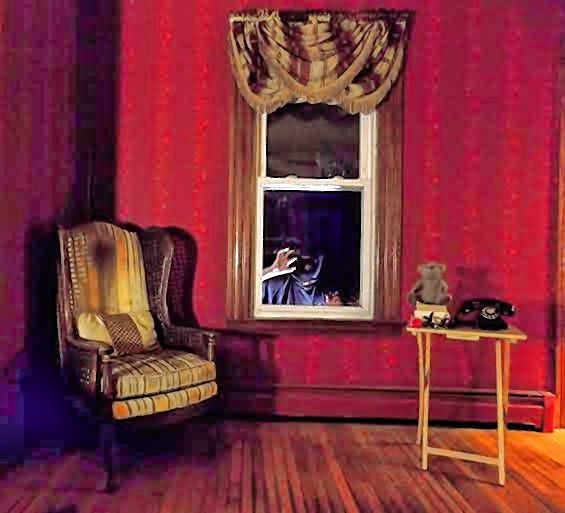 The opening track to debut album Off Off Off Broadway from The Leafies You Gave Me tells a tale of a man who tends to the elephants and their dirty business at the circus. It is spoken word with music muffled in the background. That same story continues throughout the whole album. It’s a metaphor or a joke referring to the unglamorous jobs of the entertainment industry.

“The joke basically came about as a way to elegantly shoehorn a strong cohesive theme into the otherwise conceptually and sonically disparate musical pieces,” vocalist/actor Matt O’Leary explained. “This is ordinarily achieved in our live shows through stage theatrics, which we of course couldn’t rely on.”

The joke itself is old and has been told a bunch of times through different variations, but the gist is the same.

“We found this personally relatable and thus a strong theme for the record,” O’Leary went on,  “as we too are romantic types engaged in an extremely laborious and absurd artistic project sustained in part by our similarly laborious though distinctly less romantic day jobs.” 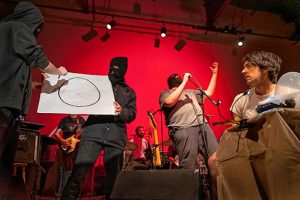 Luckily for them, though, they don’t need to give elephants enemas.

The 10-piece theatrical rock-pop band from Western Mass are unique to say the least. According to their Bandcamp bio, their live shows have been referred to as “Broadway on acid.” I don’t disagree.

I first saw the band perform live at Cultural Chaos in Easthampton in 2015. I was there with my son who at the time was about four. I’m not sure who enjoyed it more — him or me. The stage was overflowing with musicians and their instruments. There were props and performers and it was surprisingly amazing. I don’t remember who else I saw perform that year, but I remember that show and I remember how much my little boy loved it, running around in front of the stage. 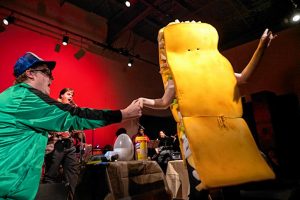 Although they were founded back in 2007, they just released their first album this past month. Most albums you can create your own picture in your head. Because  this album is basically like a movie or TV show for the blind, it comes equipped with the picture transmitted to your brain through the tracks.

There are characters attached to the songs through the vocalists, and narrators, and each instrument sets the scene.

The influences for the album include Of Montreal, Zappa, The Beatles, and the album Smile by The Beach Boys. But I also hear hints of Godspeed You! Black Emperor, Pink Floyd, Frank Sinatra, Monty Python, Black Flag even, and old Adam Sandler skits. The multi-genres throughout make my musical schizophrenia feel at ease.

Track six, “Orange You Glad I Didn’t Say Apple” has a tropical ska vibe to it that turns into something similar to Pink Floyd’s The Wall. Definitely one of my favorites on the album. The lyrics are nothing short of a weird poetic ode to the hatred of apples. “I often fantasize of peeling their skin off / And grinding their flesh to a mealy pulp / I’ll pour the remnants into the toilet / That’s where they belong.”

If you happened to see the 2017 NCTV’s Crowdsourced Cinema Back to the Future movie you may recognize track nine: “If Wishes Were Fishes.” Although it was written before the Advocate staff had our scene for the movie, vocalist/guitarist (and coworker) Chris Goudreau along with a few of the Leafies performed that song for the movie in front of the Gazette building. I was happy to hear it on the album. It’s an old-timey tune with some comical bits, my favorite being: “I got a lot of tail (hippity hoppity) / And I drank a lot of gin (A whole river full of gin).”

When “On Castrati and Sex Education” came on I was like “holy shit!” Add hardcore into the everchanging mix of talent on this album. The screams, “RISK, CASTRATION / FOR OUR ENTERTAINMENT / VICE, SACRIFICE / FOR YOUR ART.” This needs to be on a T-shirt, poster, building or something.

This album is definitely an experience worth checking out. With the wide range of talent, there will be at least one track you’ll dig if you don’t dig them all.

To celebrate the last night of 2019, and to welcome the hopeful 2020, there will be a first ever Franklin County Last Night on New Year’s Eve. And you guessed it, the Leafies will be there, headlining the night. Full Spectrum Dominance, AfterGlo, Sister Jawbone, Josh LeVangie and The Pistoleros, Old Flame, She Said, Tommy Filiault Band, Wallace Field and Corey Laitman are also on the bill. Doors open at 4:30 p.m. at Shea Theater Arts Center, 71 Avenue A in Turners Falls. All ages, $12.