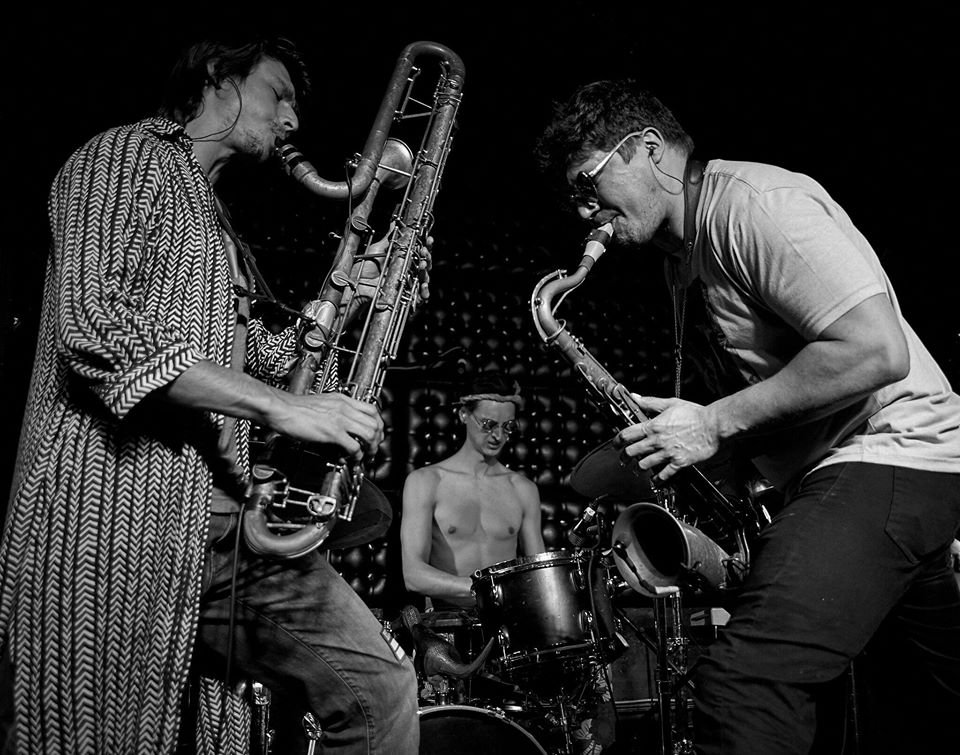 Moon Hooch makes a big sound with just a few instruments. The band is made up of a drummer and two saxophonists, and when my friend described them to me a few years back, I thought, how much can you do with that arrangement? Turns out, they can do a lot. Think of bass heavy EDM and replace all the electronics with live instruments. They are energetic and explosive. Moon Hooch started out playing on New York City subway platforms and now their dance music has traveled to major show venues across the country. They are joined by Jackson Whalan, who combines classic hip hop with a modern aesthetic. Tickets are $16 to $20. Doors open at 8 p.m. and show starts at 8:30 p.m. 289 Main Street, Greenfield.

Enter the Haggis at the Iron Horse // MONDAY and TUESDAY

Longtime Iron Horse favorites Enter the Haggis will be back in town to play four shows over two days, at 7 and 10 p.m., on both Monday and Tuesday (the latter, of course, is New Year’s Eve). For the better part of two decades, the Toronto-based band has blended the Celtic sounds of bagpipes and fiddles with guitars and a rock beat, earning praise from The Boston Globe, The Washington Post, Canada’s Globe and Mail, and many other critics. With songs celebrating hardworking, everyday people and bright melodies that invite sing-a-longs, the band has inspired fans worldwide. Tickets are $25 (plus a $5 processing fee). 20 Center St. Northampton; iheg.com.

Keith Murphy, Becky Tracy, Peter and Mary Alice Amidon, and their kids put on a wonderful show every New Year’s Eve in Brattleboro, complete with audience singing, storytelling, and an amazing feeling of community. I still remember the show I saw eight years ago following a truly harrowing year for Brattleboro, involving catastrophic flooding from Hurricane Irene, a major fire of the iconic downtown Brooks House building, and the workplace shooting of one of the managers of the Brattleboro Food Co-op. It felt healing to be in that room surrounded by their music. 7 p.m. 193 Main St., Brattleboro.