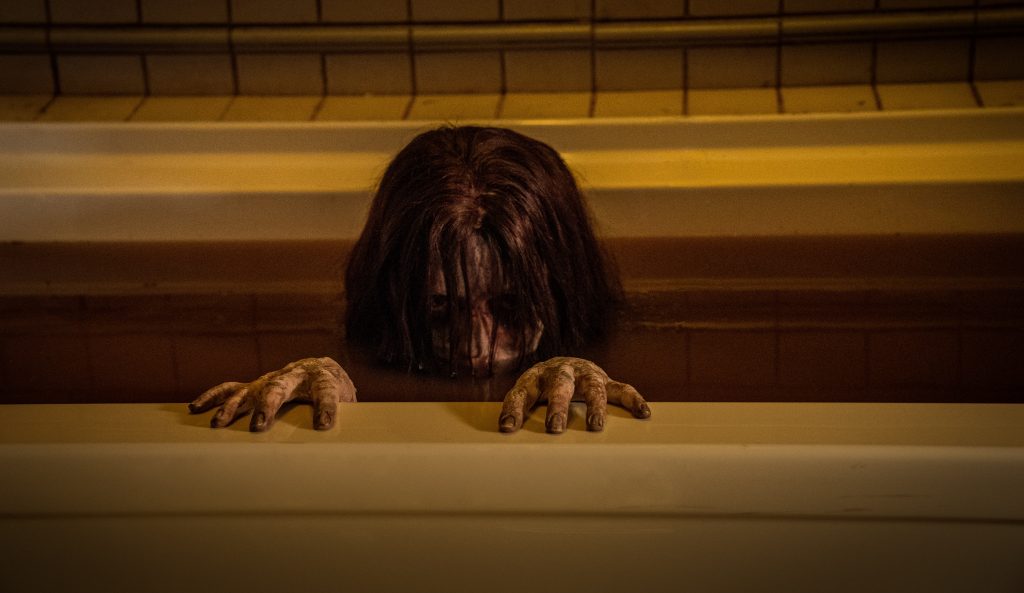 Fans of the horror genre, and specifically the subset of films that have come out of Asia, will recall the mid-2000s as a heady time. With the success of the 2002 Gore Verbinski film The Ring — a remake of the 1998 Japanese film Ring, in which watching a cursed videotape ensures death — the floodgates opened to Hollywood remakes and adaptations of Asian horror films. Some were truly unsettling, others felt like transparent attempts at a quick buck. But for better or worse, it marked a turning point in American tastes for horror that has changed much of what followed.

Now, one of the producers of an early hit among the remakes has returned to take another bite of the apple. Sam Raimi (Evil Dead, Spider-Man) brought American audiences The Grudge in 2004. A supernatural horror tale about a curse born when people die while consumed by extreme rage or sadness, it starred Sarah Michelle Gellar as an exchange student in Japan dealing with a very haunted home. Fifteen years later, Raimi has produced a new version of the same story.

Why? “When we made the original in 2004,” Raimi says, “horror was still on the outside, and it was still for the cult audience. But it has now moved into the mainstream.” True enough, though one suspects that having the built-in audience of the original megahit helped make the decision easier. One big change this time around: this Grudge has gone the R-rated route; the original kept things PG-13.

The other shift is that the story moves to American shores, to a small town called Cross River, which happens to be the name of the town that director Nicolas Pesce grew up in. By drawing on his own upbringing in a small town, where whispers and murmurs spread local folklore about what went on behind closed doors, he brings his own sense of American dread to the Japanese source material. For filmgoers, it might be another moment to mark: Pesce was in middle school when the first remake was released — now we have new horror coming from directors who were raised on that first wave.

The Grudge, in wide release January 3

Also this week: over the last decade, the Royal National Theatre in London has branched out into cinemas all over the world with their National Theatre Live series, which aims to pair the experience of viewing live theatrical performances with the convenience of moviegoing. It got underway in June of 2009 with the Helen Mirren-led production of Racine’s Phèdre, which started out on seventy screens in the UK. Today, more than 2,500 cinemas host the program’s offerings. Hamlet alone — with Benedict Cumberbatch in the title role — has drawn over a million viewers.
Locally, Amherst Cinema and local Cinemark theaters have gotten in on the action, letting local theater types save a lot on airfare over the years.

This week, Amherst offers up two different NT Live productions to ring in the 2020 season. First up is a Saturday screening of Fleabag, the one-woman show written and performed by Phoebe Waller-Bridge that has gone on to become a streaming phenomenon and Emmy award darling.
Waller-Bridge’s Fleabag is a sexually voracious young woman whose life is in a constant state of upheaval. As she navigates the minefield that is her network of friends and family, she pauses to offer frank updates to her audience on the truth behind the facade.

Two days later, Amherst brings in director Sam Mendes’ (Skyfall, American Beauty) production of The Lehman Trilogy. The story of a family and the company they founded — and the financial crisis brought about by the collapse of Lehman Brothers — is an American epic, told in three parts, that spans 163 years. While many of the NT Live performances are, ironically, rebroadcasts (due to the time difference), this Olivier Award nominee will be broadcast live as part of the NTL’s 10th Anniversary celebrations.