Cinemadope: A Developing Story — the invention of a camera for the masses 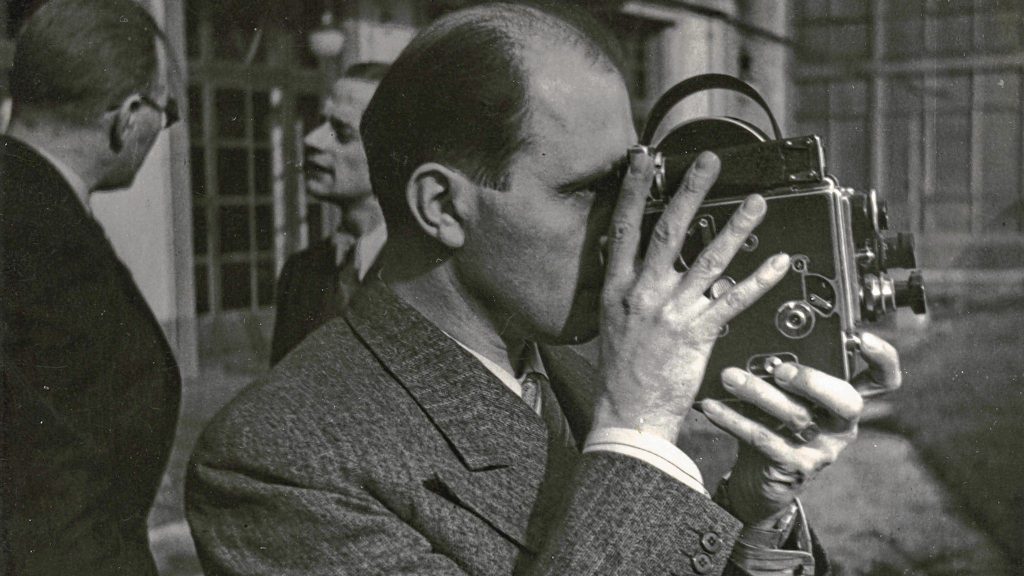 Like most everyone with kids these days, I tried my best to capture a bit of the holiday magic this season. Photos, videos, the occasional audio recording — moments to share with far flung family who wouldn’t get to see Christmas morning, and memories to share with my kids when they themselves are older.

It’s a big difference from my own childhood. Today, I can’t think of a single piece of home movie footage from those days — unless you count the grainy 8mm film footage of a family camping trip from the summer of ‘72; while watching my blurry father set up camp, my modern-day mother was struck by a sudden flash of memory: “You were conceived on this trip!” she informed me. I don’t count that one, if you wondered.

But whatever the year, whether on film, video, or a chip in your phone, the ability to capture home movies owes a debt to a largely forgotten inventor whose vision for a democratic motion picture camera laid the way for the rest of us. Almost a century later, that visionary’s great-granddaughter has delved into the family archives to tell the story of the man and his camera.

Beyond the Bolex is the name of director Alyssa Bolsey’s film, and it takes its name from the name of the iconic camera invented by her great-grandfather Jacques Bolsey: the Bolex. But the documentary is character-driven at its heart, with Bolsey’s story — including his inspirations for a string of other inventions and even a vision for a utopian community — giving the film its pulse.

A Russian refugee living in Switzerland, Bolsey sought to create a motion picture camera for the masses. The introduction of 16mm film in 1923 kickstarted his inspiration, and within a few years he had teamed with a Swiss businessman to bring the Bolex to market. The vagaries of emigre life between World Wars meant that while the Bolex found admirers — it would later be used by filmmakers like Spike Lee and Steven Spielberg, among others — Bolsey himself slowly disappeared from the public mind.

But his journey was far from over. This Jewish inventor emigrated from Russia to Switzerland, and then immigrated to the United States, where his camera know-how led to his creation of a camera built for military use; after the war had ended, it found a home among the public. Indeed, the ending of Bolsey’s film features a montage of clips from films made by directors who used the Bolex to bring their visions to the world. And as she follows her great-grandfather’s invention into the digital era, she highlights a pair of young inventors as they work to create a digital version of the old Bolex — their wildly successful Kickstarter campaign suggesting that there is still a healthy market for cameras made for individual filmmakers.

Alyssa Bolsey’s story of her family’s part in film history started when she unearthed long-sealed boxes that had been stored in a basement in White Plains, N.Y., for 42 years after her great-grandfather’s death. Without those artifacts of his story — notes on his inventions, his films and his cameras — the name of Jacques Bolsey might well have disappeared from cinema history. Today, with so many of us documenting our family stories (and much more) with the cameras in our pockets, it seems like Bolsey’s vision has finally come true.