Stagestruck on the Road: Witches in Berkeley 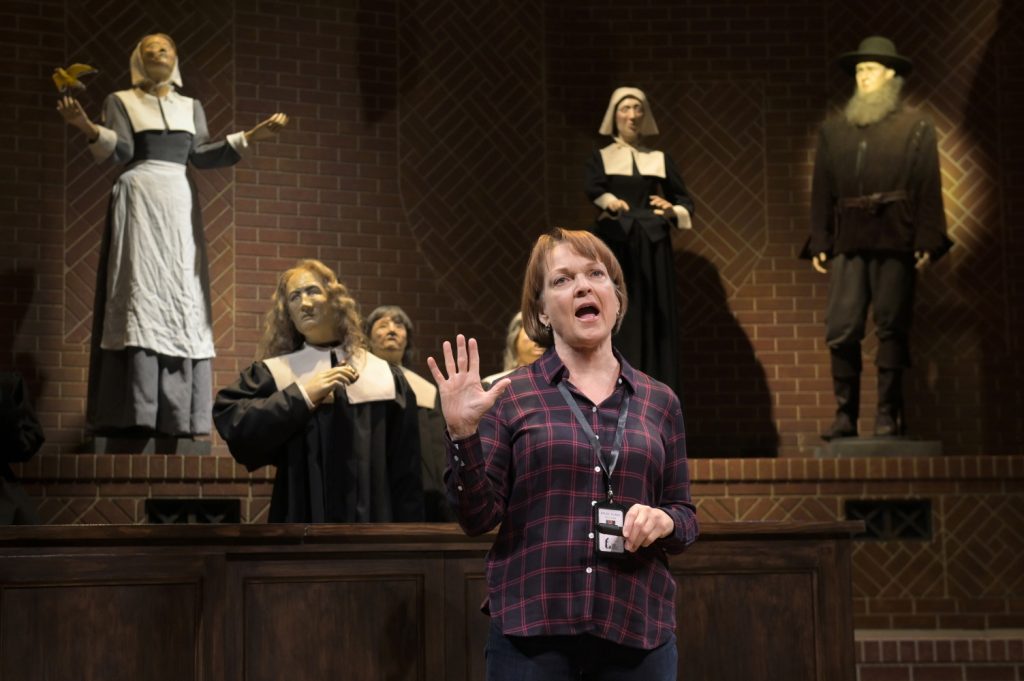 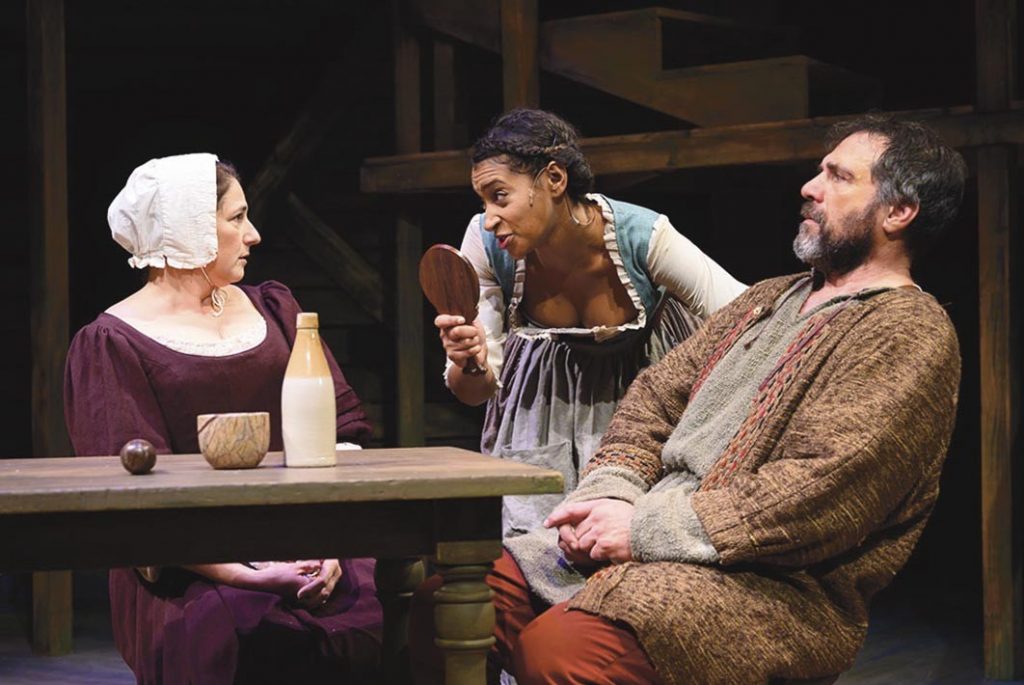 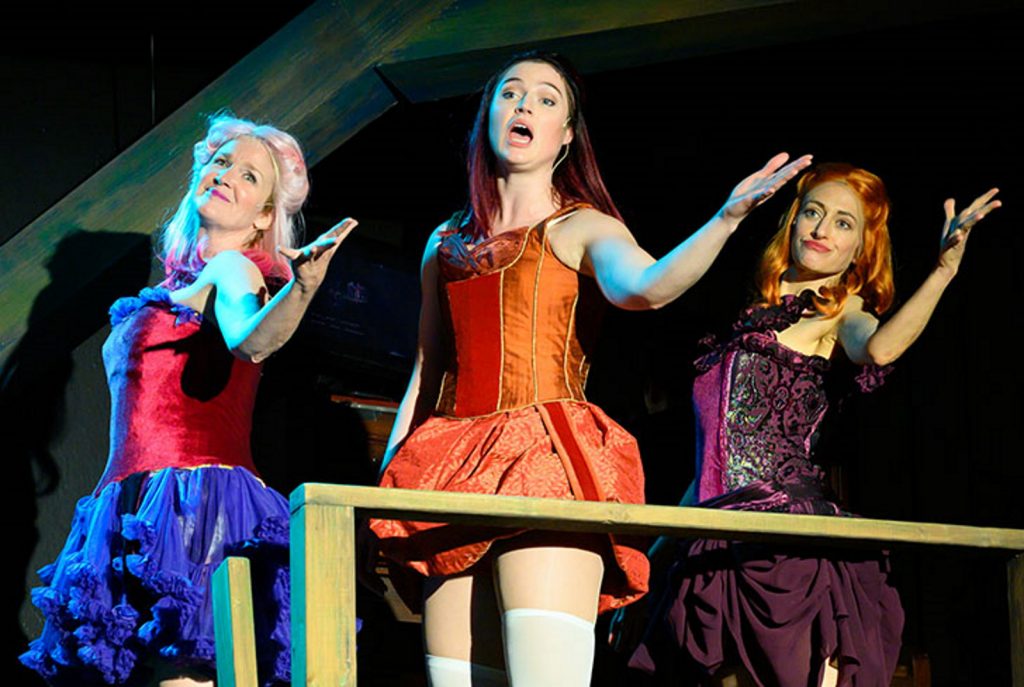 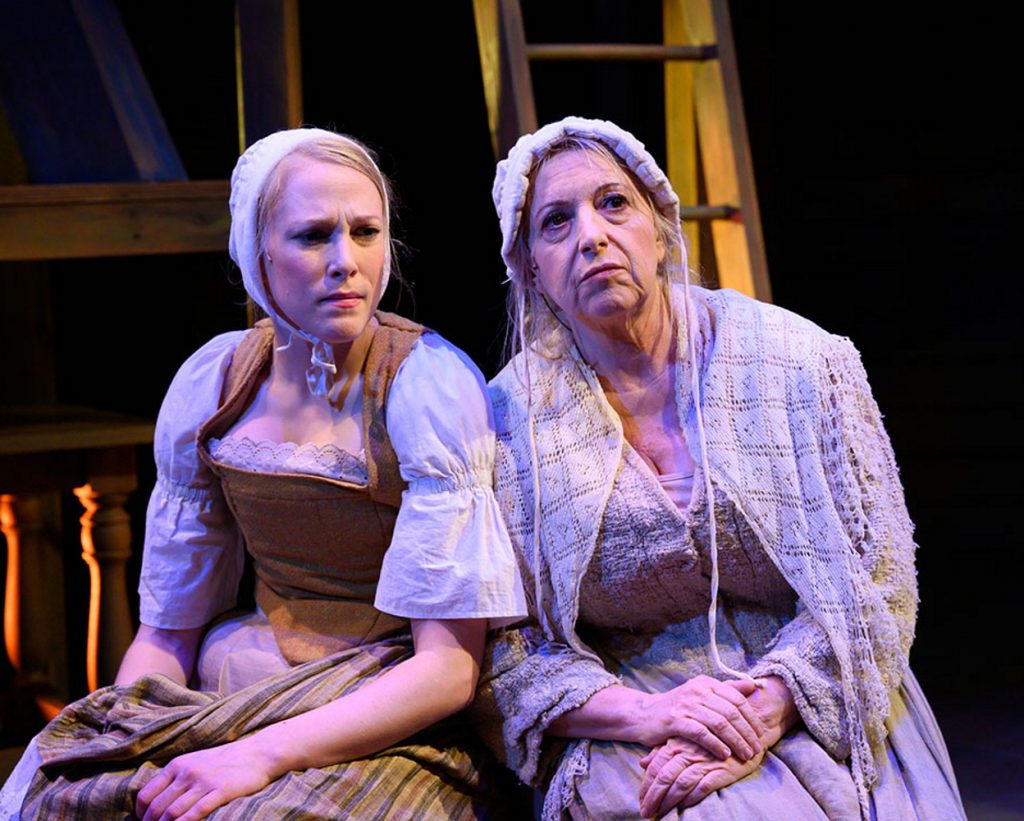 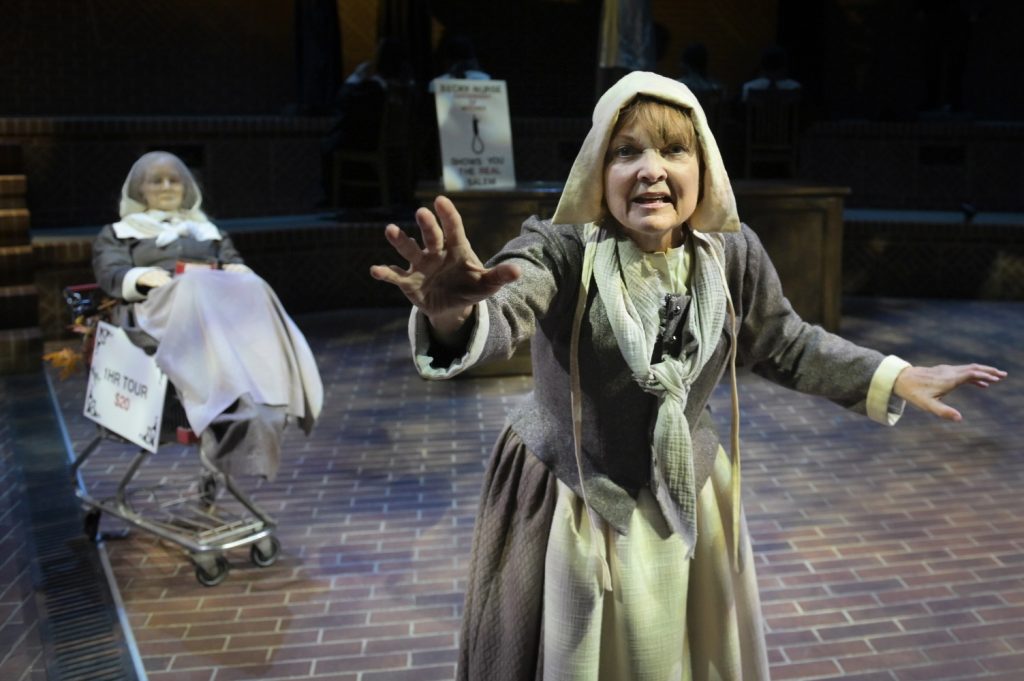 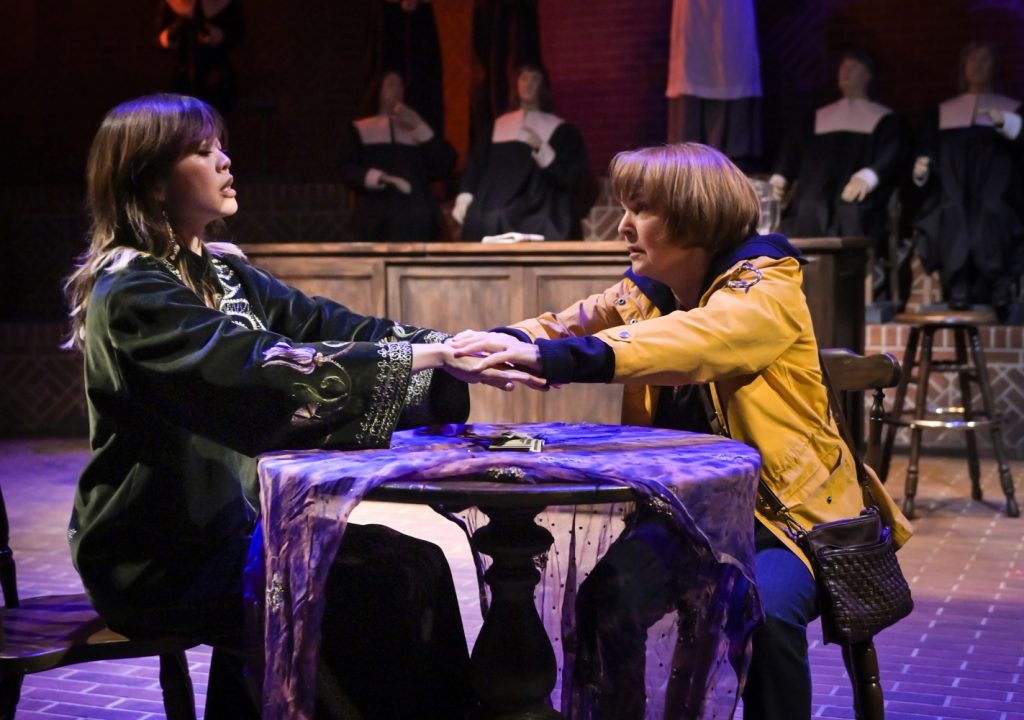 With all the talk of “witch hunts” flying around these days, it probably wasn’t quite a coincidence that two shows I saw recently in Berkeley, Calif., are on that very topic. Not the trumped-up political kind of witch hunt, though, but real ones born of historical facts.

Vinegar Tom is an early (1976) work by the English playwright Caryl Churchill. Becky Nurse of Salem is a world premiere by the American Sarah Ruhl. Both plays comment from a contemporary stance on the 17th-century witchcraft panics on both sides of the Atlantic.

The contemporary viewpoint in Vinegar Tom, which takes place in an rural English village in the mid-1600s, comes from a modern-dress chorus of women who appear between scenes to deliver songs, Brechtian-fashion, that reflect on its themes. In the production I saw, at Berkeley’s spunky Shotgun Players (through Jan. 26, if you’re in the neighborhood), the contrast was not so much complementary as contradictory. Where the characters in the historical scenes wear drab homespun and speak in English country accents (approximations, anyway), this chorus – some of them doubling in dramatic roles – sashay onstage in glitzy getups that suggest a cross between Moulin Rouge and Rocky Horror. 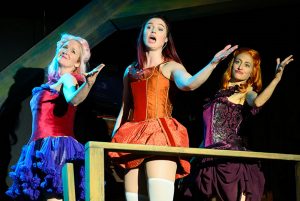 The songs’ topics range from the instilled shame that starts with a girl’s first period and continues into middle age when a sagging body curbs “desirability” but not desire, through a catalogue of scapegoats (“Sometimes it’s witches, sometimes it’s lunatics … It’s blacks and it’s women and often it’s Jews”), to an explicit link between past and present: “Where have the witches gone? Who are the witches now? Here we are.”

Churchill has said that she “wanted to write a play about witches with no witches in it; a play not about evil, hysteria and possession by the devil but about poverty, humiliation and prejudice, and how women accused of witchcraft saw themselves.” And indeed, there’s none of the frenzy that drives The Crucible, whose long shadow inevitably falls on any play exploring this topic.

Churchill’s plot is as didactic, in its way, as her songs. The narrative is more characteristic than dramatic, illustrating the progression from random cause to deadly effect: There’s a farmer whose calves are mysteriously dying and whose wife can’t get the milk to churn into butter. There’s a nasty old woman down the lane who has a caustic tongue, a prowling black tomcat, and a daughter who sleeps with strangers and mocks conformity as an unwed mother. The farmer lusts after the young woman and has lost desire for his wife. 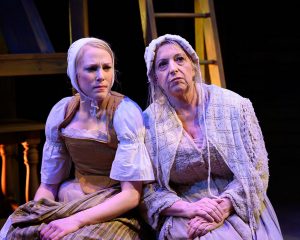 Anger, jealousy and despair invert cause and effect. The farm must have been cursed by the old woman and the farmer bewitched by the young one. Accusation leads to investigation (verging on torture) and inexorably to hanging.

I’m a great fan of Churchill, but I found this play disappointing and the production unhelpful. The story is certainly wrenching – and the ensemble cast is generally excellent – but with its inevitable outcome and admonitory inserts, there’s little dramatic tension. Within the interpersonal conflicts there are few internal ones, no moral tests or crises like those faced in The Crucible by representatives of all sides – accusers, accused and judges. And the songs, with original music played by a four-piece band, are performed with such burlesquery that they diminish the drama.

If Vinegar Tom invites comparisons to Arthur Miller’s witch-hunt drama, Becky Nurse of Salem, at Berkeley Rep through Jan. 26, positively insists on them. Sarah Ruhl’s program notes both admire The Crucible and critique it. For one thing, its tragic central character is a man – another farmer tortured by lust – not any of the women falsely accused of witchcraft. And she adds an interesting side note: The play may be a parable of the McCarthy era, but for Miller it was more than that – he wrote it while he himself was in agonies of desire for the much younger Marilyn Monroe.

Ruhl not only gives the lead in her play to one of Miller’s secondary characters – like most of them, a real historical figure – but brings the Salem witch trials up to date. Becky Nurse is a descendant of Rebecca Nurse, an elderly pillar of the community who was hanged in 1692 after refusing to “confess” to witchcraft.

Becky works as a docent in the Salem Museum of Witchcraft, represented in the multipurpose set by a row of wax figures, including two women astride a flying broomstick. She’s fired for insubordination, insisting that the infamous “hanging tree” was at the present site of the Dunkin’ Donuts and not the Holiday Inn, and other affronts to received history.

While Vinegar Tom pointedly has “no witches in it,” this one pointedly does. A modern-day sorceress supplies Becky with crystals and potions to revenge herself on her prissy employer; to make her granddaughter’s Goth boyfriend go away; to claim the heart of her secret love, the local bartender. The first enchantment lands her in jail, along with the barkeep, who it turns out didn’t need the spell. 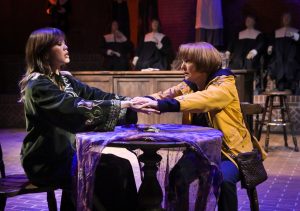 Like many of Ruhl’s leading ladies, Becky is an impulsive seeker whose misadventures have an antic edge along with a vital lesson. Here it’s about powerless women whose gestures toward independence rub against society’s grain. Pamela Reed’s Becky is a scrappy, impudent working-class woman with a Nawth Shawre accent and a penchant for stinging wisecracks – a living deputy for all those women who were, and are, silenced by the patriarchy.

A soundscape that winds through the play draws a line, rather unnecessarily, between Rebecca’s time and Becky’s, as shouts of “Hang her!” from the historical past morph into echoing chants of “Lock her up!”