Monte Belmonte Wines: Trump’s Next Assassination may be the European Wine Market 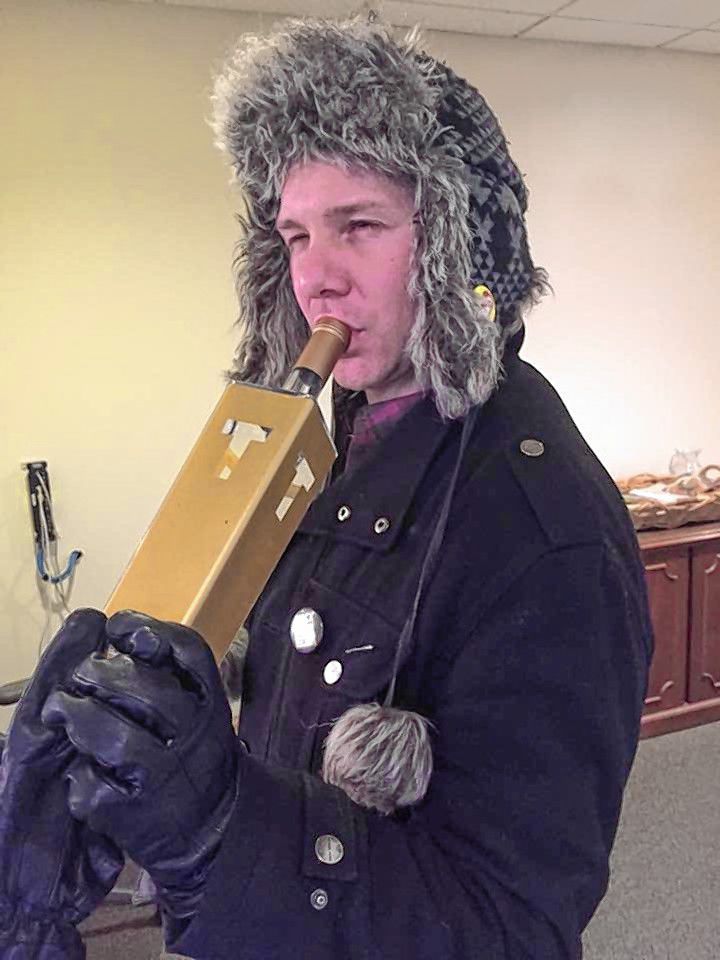 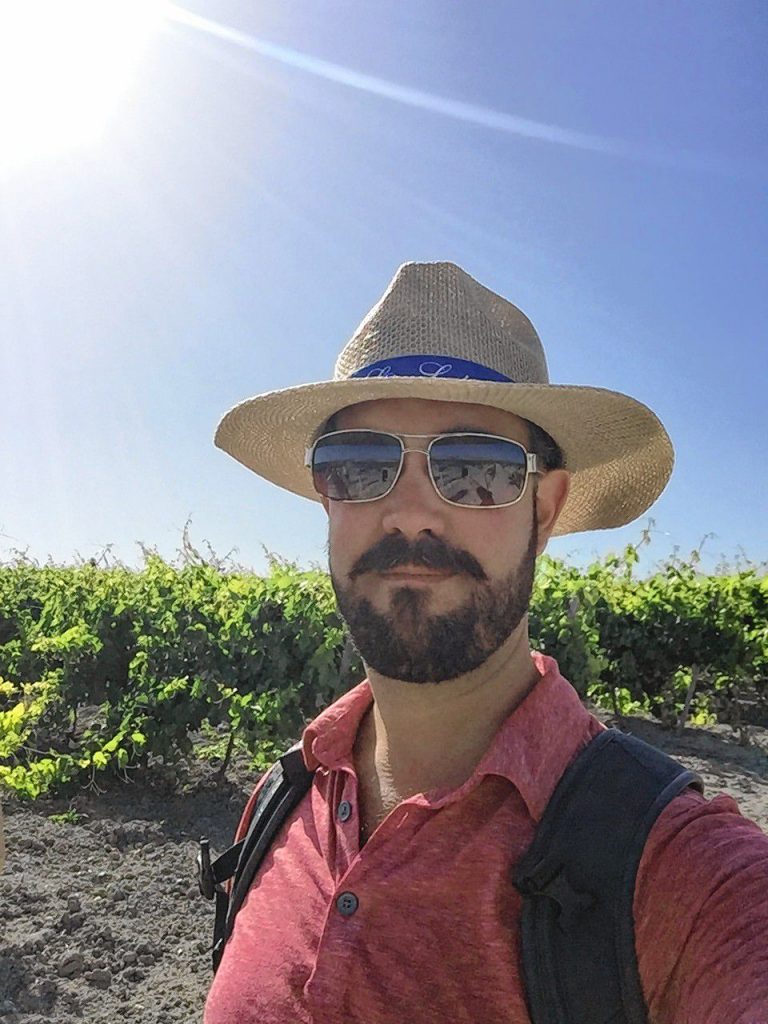 I wake up very early every morning and one of the first things I do is check my phone for New York Times push notifications to make sure Donald Trump hasn’t destroyed the world. As of my writing this, he hasn’t. But not for lack of trying. I got a push notification about Trump’s desire to bomb Iranian cultural sites on the same day I went to the scene of the largest art heist in history — The Isabella Stewart Gardner Museum in Boston. It was there that thieves stole 13 pieces of art, valued at over a half of a billion dollars, including a Rembrandt that they cut (CUT!) out of its frame. My heart broke when I saw that empty frame in the Dutch room, where the Rembrandt once hung. And to think our President would not only deign to assassinate an Iranian general on Iraqi soil without Iraq’s consent, but would then threaten to destroy parts of Iran’s cultural heritage. A double abomination. Perhaps these egregious acts seem too distant to be relatable to you. What if I told you that Trump is trying to double the price of your favorite wine?

“I have spent 20 years building a wine-import company. On Jan. 14, the Trump administration could destroy it all by imposing a 100 percent tariff on European wine.”

A ONE HUNDRED PERCENT tariff. Got a favorite affordable $15 German Riesling, Italian Chianti, or Burgundy? Well, it’s about to be a $30 bottle. Hardly seems affordable now. I spoke with several people working in the wine industry to get their take on just how bad this could be for wine.

“I deal with several small wine distributors who primarily distribute French wine. I think this will be catastrophic to them,” says Melissa Winters: owner of The Wine Rack, and Deerfield River, Connecticut River and Green River Liquors — all in Franklin County. “It’s going to crush the European wine market, without question. The consumer is not going to want to buy these wines at twice the price that they’re paying now.” What will Winters do if these tariffs go through? “I simply wouldn’t buy these wines anymore. I would look for alternatives from places that aren’t affected by the tariffs like South Africa and South America.” I like Southern Hemisphere wines but they just will not do when I want a German Riesling or a French Bordeaux. Winters knows that losing consumers like me is going to make a dent in her business, “They won’t be happy with the alternatives that they’ve been given.”

The tariffs are infuriating and also confounding. The ones proposed for mid January have to do with a dispute between the EU and the U.S. over AirBus and Boeing. I won’t get into details, but who knows what planes have to do with wine and other goods? Because of the AirBus dispute, Trump imposed a 25 percent tariff on certain wines from Europe late last year. “We haven’t seen a huge change with the tariffs that have already been implemented,” Winters says. “Most of our distributors took that hit themselves instead of passing them on the retailers.” But no company is going to eat a 100 percent tariff, at least not for very long.

Most of these tariffs pertain to wines under 14 percent alcohol by volume — which is most European wines. But by law, a wine’s ABV can be fudged upwards or downwards by one percent. Wes DeSantis from State Street in Northampton says, somewhat facetiously, “There are going to be a surprising number of 14.2% Rieslings from Germany coming our way pretty soon.” But if that doesn’t happen, DeSantis says, “I think we’re going to be having to look for wine from elsewhere.”

On top of the 25 percent tariff already in effect and the proposed 100 percent tariff, there is another potential 100 percent tariff, specifically on French sparkling wine. Ostensibly it’s due to some strange French digital service tax. But it’s more likely because Trump hates Macron and vice versa. Will that mean that already pricey Champagne will cost 100 percent more or 200 percent more than it does now? Who the heck knows? We are dealing with tariff insanity here. Trump should heed the words one of his heroes, Winston Churchill, who was obsessed with Pol Roger Champagne: “In victory I deserve it; in defeat, I need it,” and “Remember gentlemen, it’s not just France we are fighting for, it’s Champagne!”

“If the proposed 100 percent tariffs go through it will be a one-two punch from Trump,” says Rob Swan who works for Ruby Wines in Western Mass. “The first punch was the small business deductions that used to be available. Many wine reps, including me, are 100 percent commission. That means expenses come out of pocket.” And the second punch? “French, Italian, and Spanish wines make up a significant portion of what keeps the lights on at my house. If your $10 Bordeaux is now $25.00, you’re going to sell a lot less of that wine. It blows.” “It blows,” was Swan’s first response when I brought up the tariffs. He wanted to make sure I included that quote.

Closer to Trump’s base of power in D.C. is where one of my childhood friends, originally from Foxboro, Massachusetts, John Coco sells wine. He is a sommelier, the former beverage buyer at The Kennedy Center (where Trump fears to tread), and is now the Maryland State Manager for the Roanoke Valley Wine Co., a family owned importer and distributor. Like Swan, he has some similarly foul-mouthed thoughts on these proposed tariffs. “There’s nothing more American than having choices. If you take that power away from the market then we all become hard seltzer drinking douchebags and I don’t know if I can live with that.” The impact will be more than just a new level of douchebaggery. Coco says, “The real shit is going to land on the small family producers in Europe who, for generations, have grown grapes and made wine. They have nothing to do with Airbus or Boeing and their fucked up leadership. But now because of those greedy bastards, these innocent farmers have to deal with losing up to 50 percent of their market and will be forced to sell to untrustworthy Asian and Russian markets. That’s not racism; they notoriously screw over their producers.”

Coco adds, “When this all passes, we predict we will lose 10 to 20 percent of our small independent producers. Those are people, families, generations of relationships gone… poof.”

Perhaps our only hope, and small comfort it is, is that Trump is impulsive and he has potentially changed his mind on the 100 percent tariff between my writing this and when you read this. But even if it turns out to be an empty threat, Trump’s rhetoric has had a chilling effect on virtually every aspect of the wine industry. Winters says, “My hope is that this doesn’t go through. It’s going to limit the consumers choice by a significant margin.” But Coco warns that if it does go through, “You better believe the big guys will pass the buck onto the consumers.” DeSantis says, “Let’s hope that cooler heads prevail.”

The “cooler head” we are counting on is the guy who for years has besmirched the names of hard-working immigrants but whose namesake vineyard in Virginia, run by his son Eric, has hired undocumented immigrants for years. Just this month, Trump Winery fired all their undocumented workers. And he fired them AFTER THE HARVEST, when Trump didn’t need their help anymore. All par for the Trump course. But this, of course, was not a golf course; it was a vineyard. Obviously, Trump is not a cooler head. So in the meantime, I’ll be stockpiling affordable Burgundy, Champagne, and Riesling like a prepper and prepping my palate for Oregon Pinot Noir.

The comment period on this legislation ended on January 13, but you can still leave your thoughts for the Trump administration here. https://www.regulations.gov/document?D=USTR-2019-0003-2518