Shannon Liss-Riordan drops out of Mass. Senate primary, leaving only Markey and Kennedy 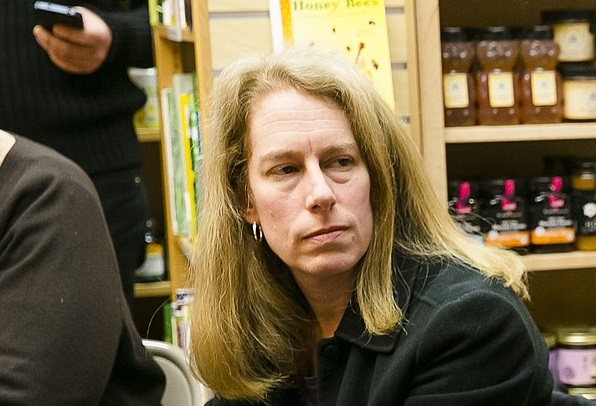 In a statement Friday, Shannon Liss-Riordan, a lawyer who made her reputation representing workers against large corporations like Uber and FedEx (and even her alma mater, Harvard), announced she would be dropping her candidacy for U.S. Senate.

That leaves incumbent Ed Markey and challenger Joe Kennedy III, who is a U.S. Representative for Massachusetts’ 4th Congressional District, as the final two candidates in the Democratic primary.

“I got into this race knowing the path to victory would be long and difficult,” Liss-Riordan wrote in her statement. “But I took on battles against Uber, FedEx, and Harvard University knowing that the path to victory would be long and difficult. I took the fight to these and other companies to protect workers and to fight injustice. I decided to run for Senate for the same reasons.”
Liss-Riordan continued that “some obstacles are too great to overcome, and that is the situation my candidacy for Senate finds itself in.”
She faced an uphill battle when Kennedy, who has high name recognition and currently leads the polls, jumped into the race.
She said she will focus on campaigning for Elizabeth Warren for president, but she declined to endorse either Markey or Kennedy for the Massachusetts U.S. Senate seat. She said she would be a “proud constituent” with either representing Massachusetts in the Senate.
“While this campaign is over, my passion for fairness, for justice, and for equitable treatment continues to burn,” Liss-Riordan wrote. “I’ve spent the last 30 years advocating for women, workers, and the disenfranchised, and I plan to spend the next 30 doing just that.”