Clueless Parent: Trying to Teach a 3-Year-Old About Justice 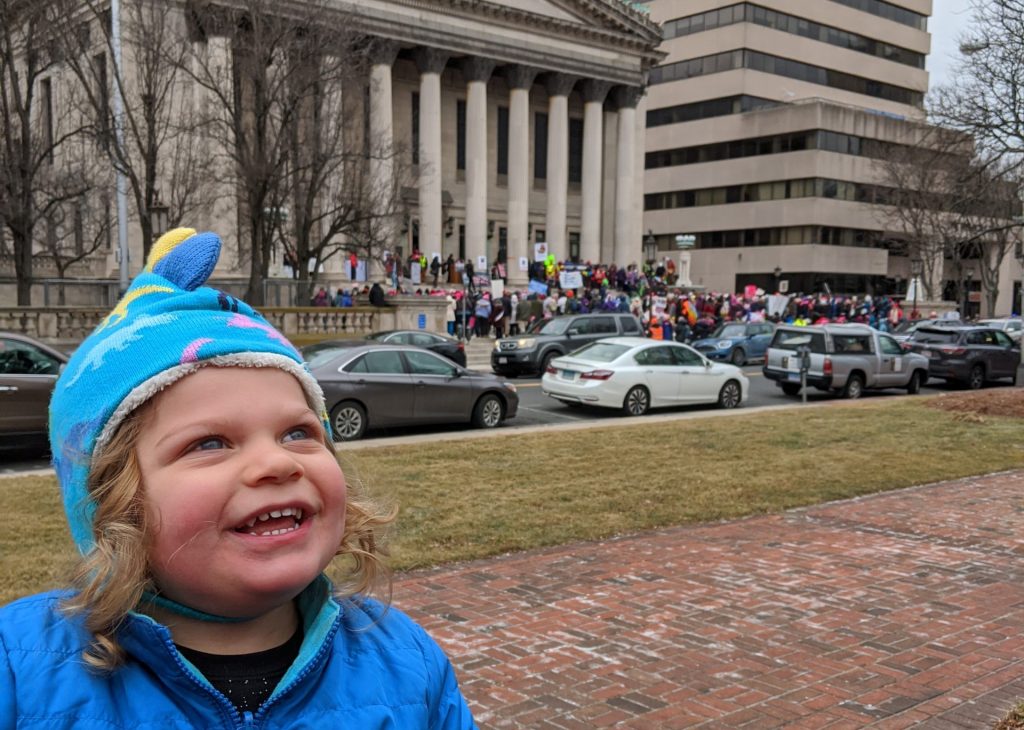 As I write this, it is Martin Luther King Jr. Day, and I’ve just finished reading Dr. King’s 6,800-word “Letter From Birmingham Jail,” published in 1963 and written after being arrested for participating in one of his many nonviolent actions to further the cause of racial justice.

King’s legacy, I hope, always would have factored into my thinking as a parent — a guide for a better and more just tomorrow for future generations — but it holds even more special significance for me as my son was born on Martin Luther King Day three years ago. My wife and I picked “Martin” as his middle name.

But living up to that legacy, especially as a parent, is a daunting task — and truly one that makes me think of myself with the name of this column: a clueless parent. Observing that my son was born on a day that recognizes Dr. King and giving him a part of King’s name are meaningless acts on their own. And now, three years later, as my son can walk, talk, and is at the beginning stages of learning to question, among my many fears of the ways I will fail him is that I will not be able to adequately teach the importance of working for justice, as King did.

King’s whole letter, one he claimed within was the longest he’d ever written, was directed not at the white supremacists, but at the “white moderate,” — those who claimed to support the cause of justice, but were unable to bring themselves to show up or align themselves with King’s methods of overt protest. He described them as follows: “more devoted to ‘order’ than to justice; who prefer a negative peace which is the absence of tension to a positive peace which is the presence of justice.” In the same paragraph, he wrote, “Lukewarm acceptance is much more bewildering than outright rejection.”

The place I grew up — moderate New Hampshire — provides a rather fitting example of this related to Dr. King. It was the last of the 50 states to observe a holiday dedicated to him by name, which most did starting in the mid-1980s. Instead, from 1993 to 1999, we celebrated “Civil Rights Day.” Even Alabama, which to this day insultingly combines Martin Luther King Jr. Day with a day celebrating Robert E. Lee, at least recognized King by name. New Hampshire legislators argued first that the issue wasn’t a pressing one, as African Americans constituted only about 1 percent of the state. Then, in compromising on “Civil Rights Day,” legislators tried to claim that the movement was bigger than one person, and thereby failed to recognize anyone.

But how to parent as an ally, rather than a “white moderate”? It is a challenge. My son is growing up as I did — with a great deal of privilege: white, male, middle class. I understand I will need to bring up justice topics intentionally, and that it will be easier for me to brush them aside than for others whose appearance and identities force them to confront racial and other forms of discrimination. I realize how easy it could be to shelter him from the injustice that motivated King and others into action.

Embedded in King’s letter, and for me the most powerful and emotional part, is a reminder of how it is for others who don’t have that privilege. Among King’s list of horrors African Americans experienced, many of which are familiar to those of us who learned about them in school — lynchings and police brutality — he also includes a heartbreaking moment he clearly experienced first-hand as a parent.

“… When you suddenly find your tongue twisted and your speech stammering as you seek to explain to your six-year-old daughter why she can’t go to the public amusement park that has just been advertised on television, and see tears welling up in her eyes when she is told that Funtown is closed to colored children, and see ominous clouds of inferiority beginning to form in her little mental sky, and see her beginning to distort her personality by developing an unconscious bitterness toward white people.”

I can’t read that without tears welling up in my own eyes, with the thought of generation after generation of parents and children acting out versions of this same scene.

Throughout the year, but especially as my son’s birthday rolls around, I try to infuse his life with some lessons of the importance of justice. This year, we went to Springfield to attend the fourth annual Women’s March where we walked hand in hand, and chanted slogans for women’s equality. Last year, I took him to Amherst’s annual Martin Luther King Jr. Day breakfast where we heard music and applauded for African American students being recognized by the community. What is he gleaning from these events at such an early age? It may not be much, or possibly anything at all. But ultimately, it feels important to help him to understand King’s famous words, also in his Birmingham letter: “Injustice anywhere is a threat to justice everywhere.”

Is there something you do to teach your children about justice, equality, nonviolence, or other ideals of Martin Luther King Jr. Day? I’d like to know. Reach me at deisen@valleyadvocate.com.