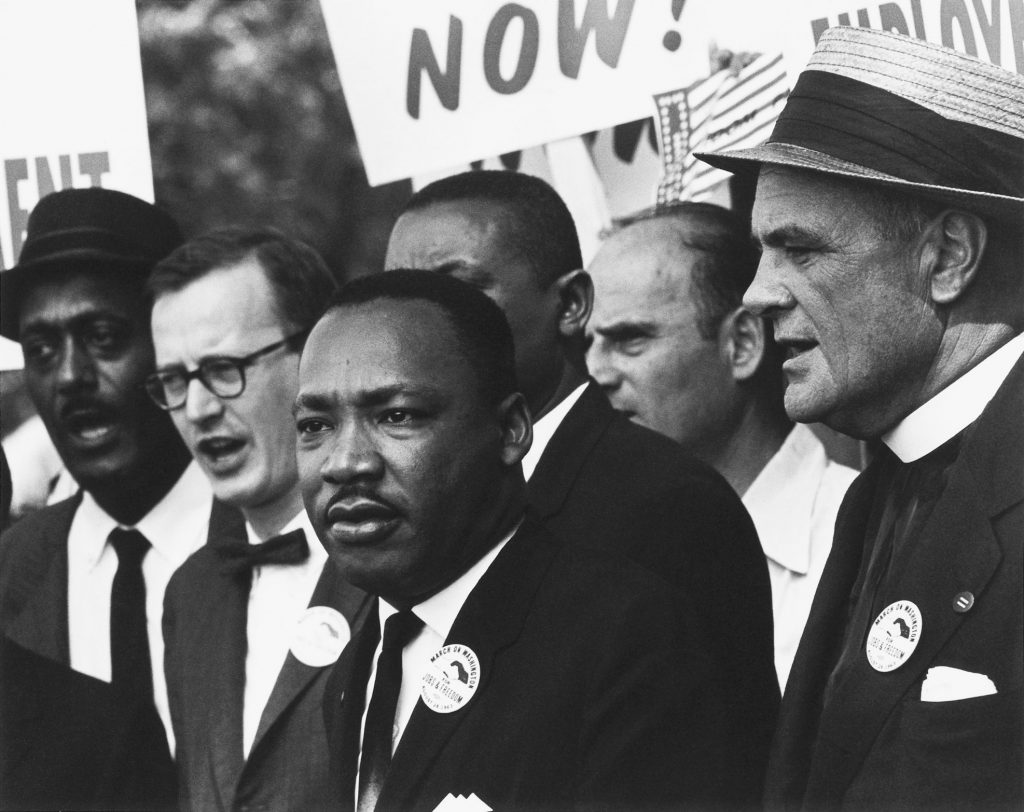 ‘We Shall Overcome: A Celebration of Dr. Martin Luther King, Jr. // TUESDAY

Music was a key part of the civil rights movement — African-American music in particular. To celebrate that music and the spirit and achievements of Martin Luther King Jr., the Fine Arts Center at the UMass Amherst will present a wide-ranging musical show that will be interspersed with selected spoken words of the famed civil rights leader. From gospel and spirituals, to jazz, Broadway tunes and the songs of Stevie Wonder, the production will be led by  Damien Sneed, a conductor and composer with a unique understanding of all these genres. At 7:30 p.m. at the Fine Arts Concert Hall; tickets from $10 to $35. fac.umass.edu  — Steve Pfarrer

What better way to celebrate getting through half the work week with Sessa, a Brazilian psych-folk/pop artist, who will be returning to the Pioneer Valley at Easthampton’s New City Brewery on Wednesday. Presented by Laudable Productions/ Music World Collider, the show will include Sessa’s original music (sung in Portuguese) alongside female background vocalists and Afro-Brazilian percussion. Also on the lineup is DJ Quills, who will be playing an all-Brazilian vinyl set before and after Sessa’s performance. All ages. Tickets are $12 advance and $15 at the door. New City Brewery, 180 Pleasant St., (12 Rear), Easthampton. 8-10:30 p.m. — Chris Goudreau

What would Thomas Paine do? That’s the question speaker Robert Meeropol will seek to answer in a talk Saturday at the Jones Library. Paine, the author of the political pamphlet Common Sense, which helped sway American opinion toward revolution in 1776, donated some of the proceeds of his writings to George Washington’s continental army, and joined up himself. He later wrote in support of the French Revolution. What would Paine, born Jan. 29, 1737, make of today’s politics? I’m curious! The event also includes musicians Barbara and Graham Dean, who will play political and activist songs. And there’s cake. Free. 1 p.m. Jones Library, 43 Amity St., Amherst. Information: spiegelmanmartha@gmail.com or 413 253 7934. — Dave Eisenstadter

Get out of the cold and warm your soul with a night of jazz at Luthier’s. Pamela Means has a wide array of musical talents, from protest songs to re-envisioning classic Beatles albums. On Saturday, she brings her jazz outfit and will be playing originals along with contemporary covers as well as mid-century standards made famous by Billie Holiday, Ella Fitzgerald, Fats Waller, Nina Simone, and more. Joining Pamela onstage are Mark Dunlap on upright bass, Adam Scotera on saxophone and Scott Paquette on drums. Also on the bill for the night: Matthew Thorton and The ‘Matics. Show is free and starts at 8 p.m. 108 Cottage Street, Easthampton. — Luis Fieldman