A flame in the midst of winter: Amherst Winter Fest theme this year is ‘fire and ice’ 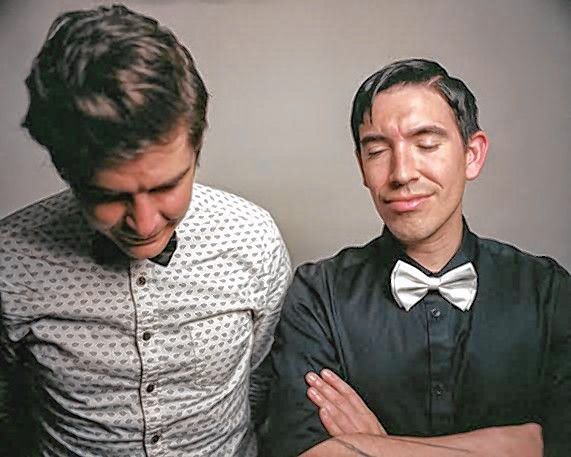 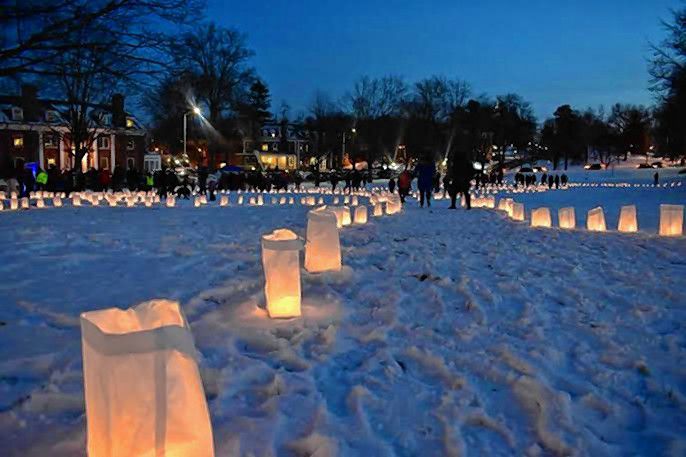 Candles create pathways during a previous Luminaria in Amherst. 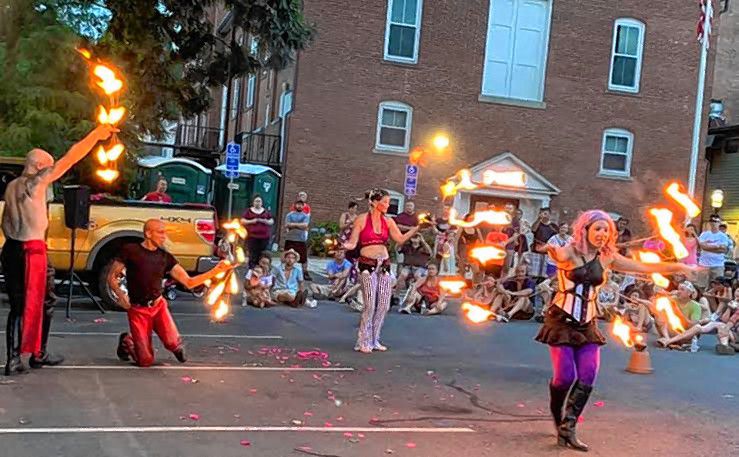 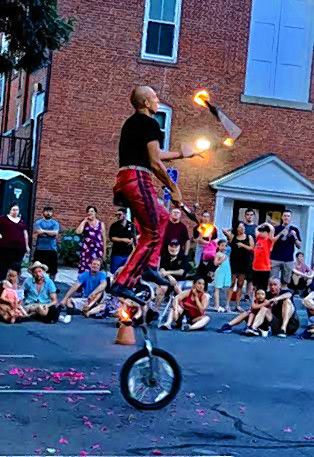 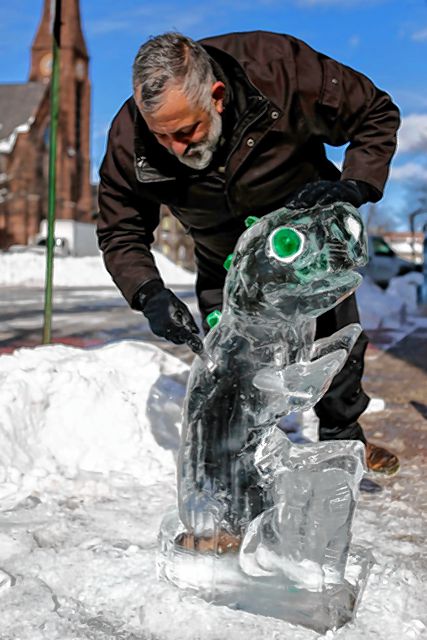 Ice sculpture/ artist Rob Kimmel will be sculpting a dragon out of ice during this year’s Luminaria in Amherst.

Hundreds of small flickering candles lighting paths to a live ice carving demo at sunset and a fire juggling event with acrobatics and a unicycle are just some of the things in store for this year’s Luminaria, which kicks off the week of Winter Fest Amherst on Feb. 1 from 5 to 8 p.m. on the Town Common.

Ann Tweedy, marketing director for the Amherst Downtown Business Improvement District, which organizes Luminaria, said this will be the third year of Luminaria as a prelude to Winter Fest (organized by the town of Amherst’s Leisure Services). Typically about 300 to 500 people attend the evening’s Luminaria.

“We’re always trying to think of fun, beautiful, free events that make Amherst special and attract people to downtown,” she explained. “That first year, it was all volunteers, as it is to this day, schlepping the bags out, filling them with sand, and putting the candles in. It’s a lot of hard work and our backs always ache after it, but people really enjoy it.”

During its first year, Luminaria featured Amherst College DQ, an a cappella group from Amherst College, which is set to return this year as well. Joining the a cappella chorus for the lineup will also be instrumental duo Cajordian at 5:30 p.m., which combines accordion, glockenspiel, melodica, and cajón drums for music reminiscent of French composer/ musician Yann Tiersen’s soundtrack of 2001 film Amélie.

This year’s theme for Luminaria is “fire and ice” and will include fire juggling at 6:30 p.m. from Matica Circus Arts based in Connecticut and the sunset live ice-carving demo by Northampton artist and graphic designer Rob Kimmel, Tweedy said. There will also be food trucks present during the Luminaria, including Holyoke Hummus. Other food trucks will be announced at a later date.

“It’s kind of ephemeral and whimsical,” Tweedy said of Luminaria. “It happens one night and people have responded very positively. We get the candles ahead of time. We had the great fortune to have Yankee Candle donate. The paper bags are decorated by local school kids in regional schools.”

Tweedy explained that Winter Fest was started with the idea as an event for children during winter break. While it began as a one-day event, it has since expanded to become a weeklong series of family-friendly activities.

And for the week of Winter Fest there’s also plenty in store during its eight-day run, including a farmers’ market in the Hampshire Mall as well as a greenhouse tour and tasting and the sausage festival Wurst Fest, both at Simple Gift Farms on Feb. 1.

The next day, there’s a jazz brunch at Cushman Market & Cafe on Feb. 2 at 11 a.m., public ice skating at the Mullins Center at 1:30 p.m., and on Wednesday there’s wine and painting at AmherstWorks at 6:30 p.m., and the Winter Fest Amherst Contradance at the Masonic Lodge starting at 7:30 p.m.

Amherst Leisure Services Director Barbara Bilz said most of the events for Winter Fest are free and open to the public.

“We needed to do something to get people active during the winter,” Bilz explained, adding that in the 12 years since the first Winter Fest, the series has grown to include other community partners.

Other events in store that week, include a bubble gum blowing competition, an Irish music session, a cribbage tournament, basketball and hockey games, sledding, and an Ice Cream for Breakfast Day.

Winter Fest culminates with its free grand finale on Feb. 8 at Cherry Hill Golf Course from 1 to 5 p.m. featuring live music and other family-friendly events.

“As long as the temperature cooperates and we have some low night time temperatures, we’ll be able to make a sledding hill for the kids,” she said in regards to the finale.

For more information about Luminaria visit www.amherstdowntown.com/event/luminaria-on-the-town-common-2. A complete schedule for Winter Fest Amherst can be found at www.amherstma.gov/3506/Winter-Fest.