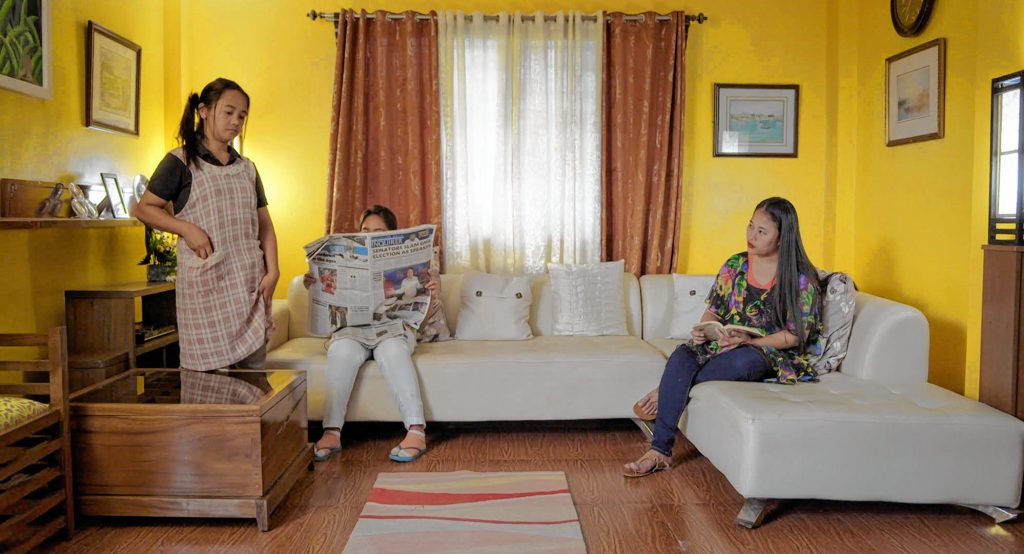 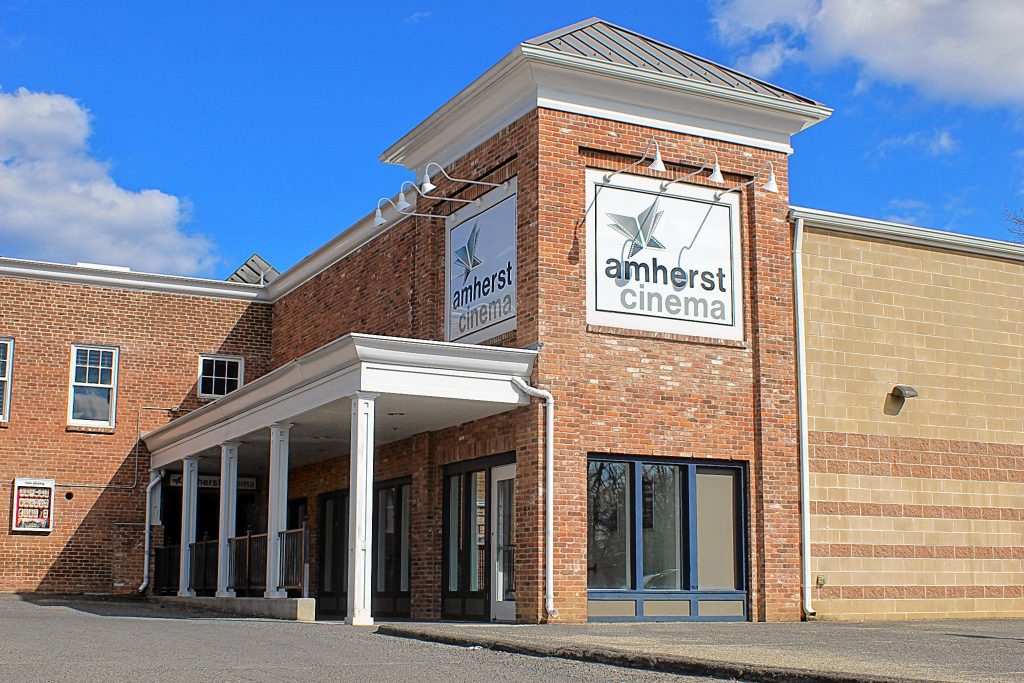 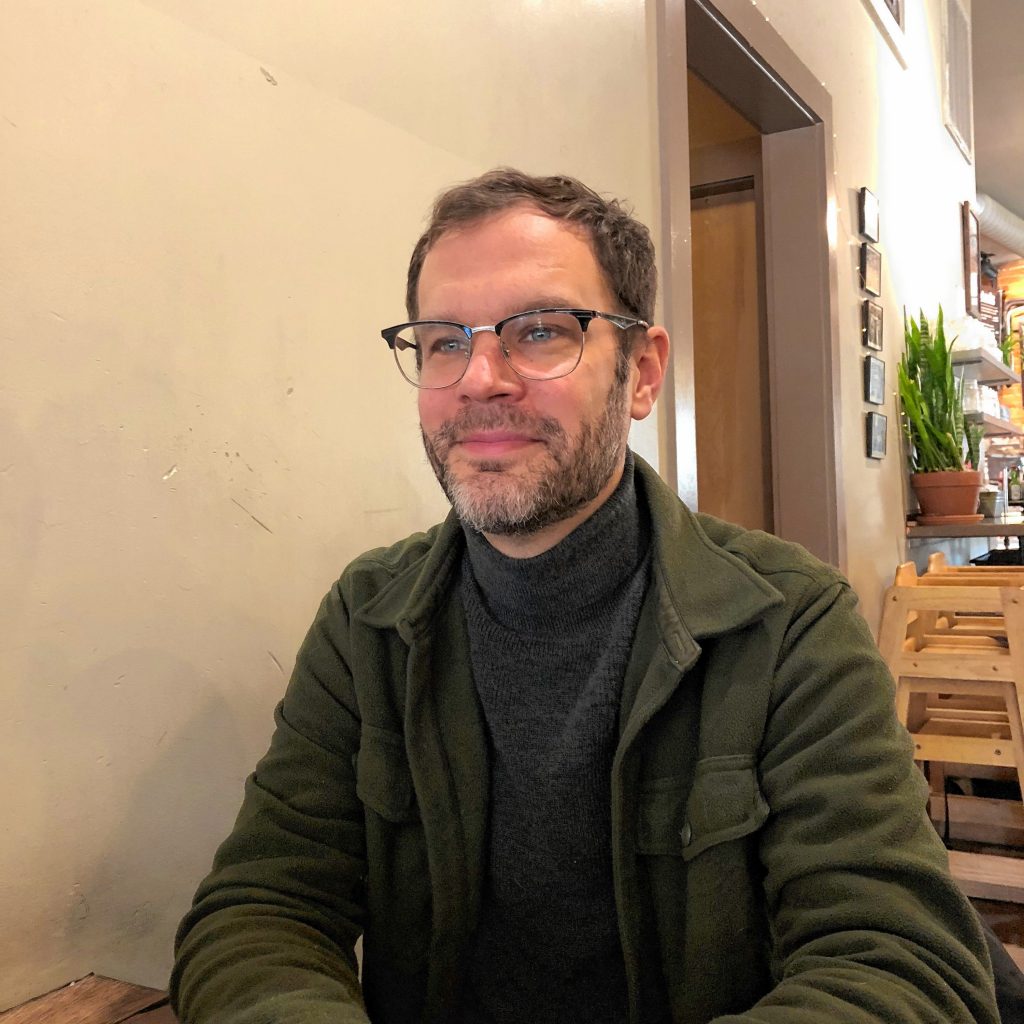 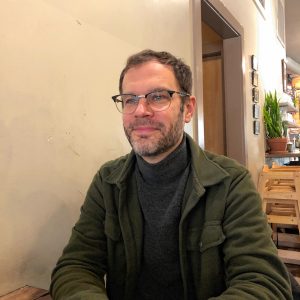 “Knowing we have the NEA funding and can confidently program films that are important to our audiences, and the film community, in general, is really reassuring,” says Myers, who hosts the series’ post-film discussions.

The series follows a fairly consistent path, debuting monthly groundbreaking films from filmmakers who are pioneering new visions for what cinema can be. With visiting filmmakers and guided conversations, Bellwether promotes dialogues among diverse audiences, pushing for innovation in the film industry.

“[Bellwether] is a really unique opportunity to see work that is challenging, pushing the form, and creating a lot of exciting energy around primarily documentary film,” says Myers.

Oscar-nominated RaMell Ross, Emmy Award-winner Lana Wilson, and Kirsten Johnson are among the professional filmmakers Amherst Cinema has hosted through the Bellwether series.

“For people in the Valley and the wider region to engage with filmmakers on a one-to-one basis, is I feel, the pedigree of this series. A lot of these filmmakers are earlier in their career and often move up into prestigious positions,” says Myers.

Myers says Amherst Cinema has been applying for the prestigious grant since 2013, but had only used the Bellwether series in its application for the past two years. Recently, representatives from Amherst Cinema attended the Art House Convergence, the largest annual conference of art-house cinema and festival professionals. At that event, NEA Media Arts Director Jax Deluca guided the audience through the NEA grant application process and helped them understand the types of projects NEA favors. From her presentation, Amherst Cinema representatives realized that the Bellwether series fit in effortlessly with the guidelines and began the application process, applying each year until receiving the grant in November 2019.

With the grant reward, the cinema does not plan to change the form or function of the successful series. So far, Myers believes the cinema benefited from the grant’s application process by forcing him and other team members, Rachel Hart, the Amherst Cinema outreach manager, and Holly Greeley, the business manager to dissect the program, reaffirming the value behind it.

“Bellwether is a film series that is so cutting-edge because it really puts forth filmmakers who are creating content in non-traditional ways,” says Hart, who wrote the NEA grant application.

“What makes Bellwether unique is its emphasis on emerging voices and its new way of creating and seeing film.”

As a nonprofit theater, Amherst Cinema is mission-driven. Projects like the Bellwether series are not based on the idea that they’re going to be profitable.

“The cinema, it’s a holistic thing and it’s an environment where everyone is working towards a common goal in being a mission-driven nonprofit. We rely on members, who are also a part of the fulfillment of that mission,” Myers says.

According to Hart, it is a dream of many cultural nonprofits to receive a highly competitive NEA grant. More than 1,000 grants are awarded by the NEA each year. Amherst Cinema is especially proud to be one out of 34 organizations in Massachusetts to receive funding. Out of those 34 organizations, the cinema is among the few establishments granted outside of the Boston area. Other notable nationwide recipients include Sundance Institute, the Film Society of Lincoln Center, and the Jacob Burns Film Center.

The Amherst Cinema will continue the Bellwether series on Thursday, Feb. 13, at 7 p.m presenting the 2019 documentary, “Overseas,” with filmmaker Sung-A Yoon present during the feature. The movie focuses on the lives of Filipino women in training centers preparing to get deployed abroad to work as domestic workers or nannies. Many of these women struggle with homesickness as they leave their children and life behind, the film shows.

“I hope people are going to feel empathy towards the women in the film,” Yoon says.

Throughout “Overseas” Yoon uses emotion to provoke thought, bringing viewers to question modern servitude in our globalized world with emphasis on sisterhood and a battle against adversity, she says. She strives to break the stereotypes associated with these women by revealing their stories through moving monologues and raw features.

“The audience can go back home and have experiences with domestic workers and have different thoughts,” Yoon says.

Eager to hear the audience’s reaction, Yoon will talk about her filming experience and answer any questions in a guided discussion following the film.

“Ridge,” a Swedish film, is set to play on Thursday, March 19, at 7 p.m. with filmmaker John Skoog in attendance. Skoog describes the film as being “about the contemporary state making connections between humans, animals, typography, and machines in the countryside.”

Skoog intended to leave a lot of space for the viewer to interpret the film in their own way.

“Since it is an open film it has a lot of red threads that go in many different ways. It’s quite an easy film to talk about. People tend to feel quite strongly about it,” Skoog says.

All Bellwether events are free to Amherst Cinema Members and are held in the cinema’s 182-seat theater. Tickets are available online at www.amherstcinema.org and the box office.