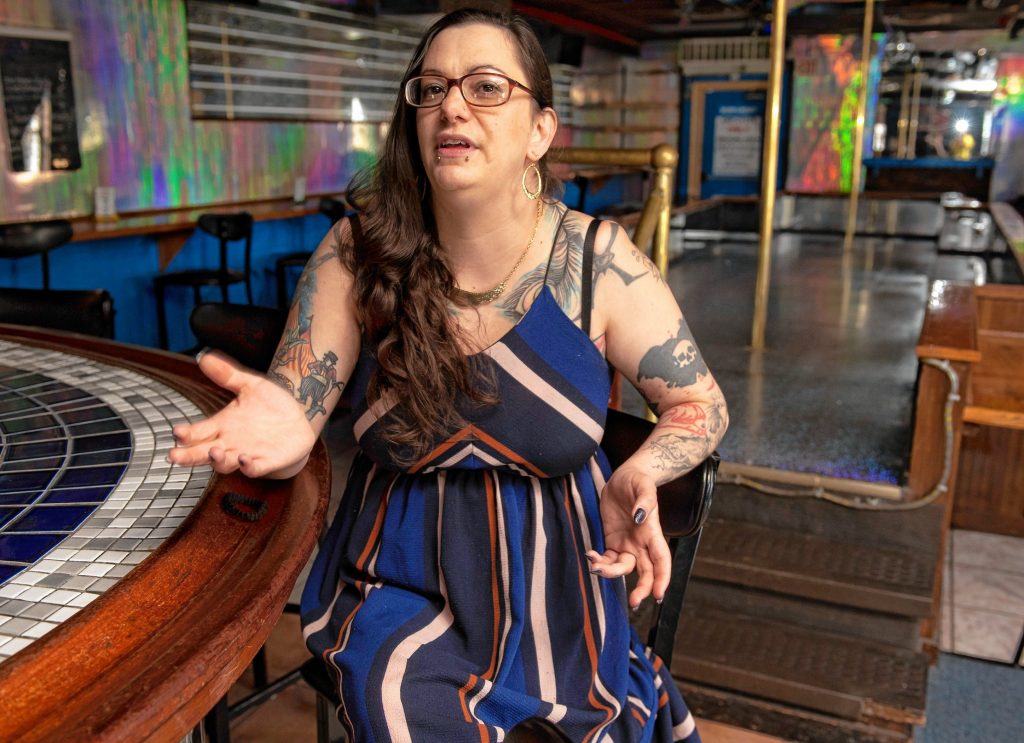 Bella Vendetta, who worked for Whately’s Club Castaway and planned to move forward with a line-up of queer and trans performers, said she left after three weeks following a dispute with ownership over those plans.

“My original thoughts were sadness that it didn’t work out like I wanted it to,” Vendetta said. “I worked really hard, so it’s always sad when you have a project that doesn’t go the way you want.” 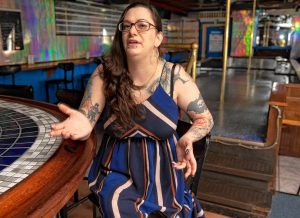 Vendetta said she was hired by owners Nicholas Spagnola and Julius Sokol to recruit dancers, develop programming at the club, and oversee the security team at Castaway after they purchased the Whately strip club in August and hired Vendetta. Vendetta had managed the club for six months under previous owner Demetrios “Jimmy” Konstantopoulos. She said she decided to return to Castaway because new ownership had agreed to support her vision of creating a more diverse strip club.

Three weeks after opening night, however, Vendetta submitted her resignation letter and decided to part ways with Castaway, she said.

Vendetta said an opening night in October that focused on lesbian clients was a success, but that the following week owners would not allow her to move forward with a queer night at the club. Vendetta said opening night was the most successful in the three weeks she managed the club.

The owners said the club had not marketed queer nights properly, according to Vendetta.

The club closed on January 14 in order to build a concrete-block wall to act as a noise barrier between Castaway and an abutting property following a dispute with the town.

Vendetta said she is now focusing on other ventures, including working on films, writing, art and occasional special events and appearances dancing at local clubs. She will continue her sex worker advocacy through the non-profit she founded, TeamClearHeels413, which meets once a month.

Upcoming meetings will offer yoga for strippers, workshops on taxes and income recording, and mapping out other advocacy strategies with other sex workers in the area, according to Vendetta. She said she has begun preparing for pride parades in the spring.

“I’m not regretful for any of these experiences in this past year,” said Vendetta, adding that she can do more as an advocate without her role as manager, “like advocacy for dancers to be paid fairly, for benefits, and for unemployment when a club shuts down.”