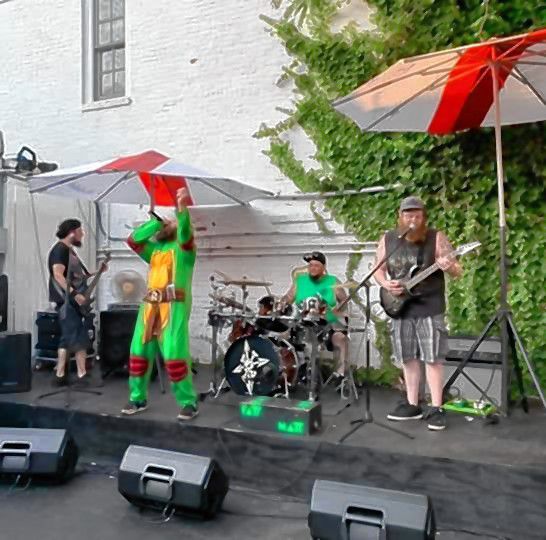 When she’s not working on a film project, Eleanor Levin can likely be found performing at coffee shops or bars in the Valley or at venues in Brooklyn. Her finger-picking style is intricate with tasteful polyrhythms and immediately attention-grabbing. Levine describes her inspiration as coming from ‘60s and ‘70s songwriters such as Paul Simon, Nick Drake, and Joni Mitchell. She recently released “I Went to See Max: The Demos,” a collection of five songs that provides a glimpse into her use of creative chord progressions and her sweet soprano voice. The Water’s Fine goods + coffee is at 20 Cottage Street, Easthampton. Levine plays from 6 p.m. to 8 p.m. Free. — Luis Fieldman

‘A movement workshop for tired activists’ in Easthampton // SATURDAY

Have you been saving the world, making it safe for democracy, fighting injustice at home and abroad? You’re probably pretty tired. The Sojourner Truth School for Social Change Leadership is hosting a movement workshop for you called “Shake It Off: A movement workshop for tired activists.” The event, led by dance educator Olivia Ilano Davis, is billed as “a time of movement, dance, gentle exercises, laughter, quiet, and renewal.” No dance experience is required. I can personally attest to the power of movement to rejuvenate, and this sounds like something the hard-working activists of the Valley deserve. Free. 1 – 2:30 p.m. Treehouse Community Center, 1 Treehouse Circle, Easthampton. For information: registration@truthschool.org or 413-238-1280. — Dave Eisenstadter

Boston writer Hellen Fremont won wide acclaim in 2000 for “After Long Silence,” a bestselling memoir about her parents, European Jews and Holocaust survivors who came to America after World War II and hid their identity, raising Fremont and her sister as Catholics. In her new memoir, The Escape Artist, Fremont writes with both wit and candor about how this secret-keeping played out for her and her sister, from family therapy sessions to eating disorders to her discovery that her mother had written her out of her will. She reads from her new book and will sign copies at the Odyssey Bookshop at 7 p.m. Free. — Steve Pfarrer