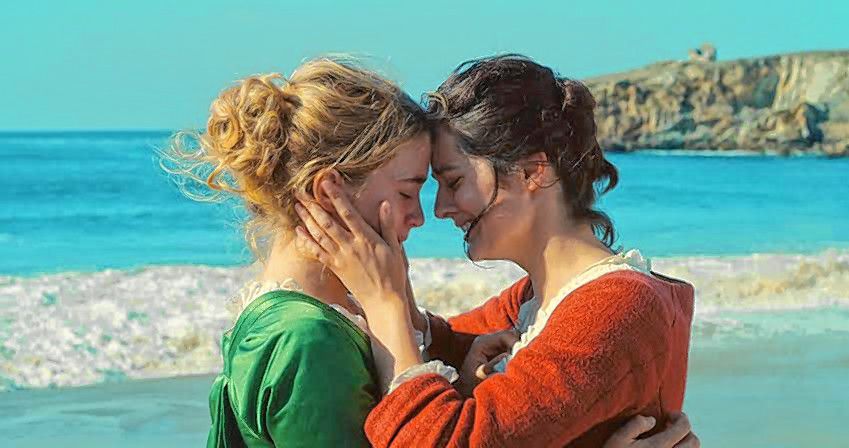 Waiting is hard. Some of us skip ahead in our books, others sneak a peek at a bride before the ceremony. Some of us roar past a minivan going a perfectly reasonable 70 mph on 91 South — I’m looking at you, white Honda Civic. There’s just something about getting an early look that seems hardwired into us humans. If that sounds familiar, then this is your week.

Céline Sciamma’s award-winning love story Portrait of a Lady on Fire opens later in February at Amherst Cinema, but film lovers can catch it this Wednesday in a one-night-only preview screening. Set in 18th-Century France, Sciamma’s story begins with a deception: the painter Marianne is commissioned to paint a portrait of Héloïse, but Héloïse, who is to be married against her will to a Milanese nobleman, refuses to sit for a portrait. So Marianne is sent undercover, acting as a companion by day so she can learn Héloïse’s features, which she will commit to canvas by night.

But as the two women strengthen their bond, it becomes obvious that a deeper love exists between them. It’s a spark that is both thrilling and doomed; even as the pair drink in their time together, there is never any doubt that it cannot last. While much of the film — nearly all, in fact — is free of men, the oppression they embody never fully dissipates. But like Marianne and Héloïse, we can revel in the moments they have together.

Also this week: in case you’ve forgotten, this weekend is a big one for Hollywood types. The 92nd Academy Awards ceremony is happening this Sunday evening, and while most of us won’t be out on the red carpet, that doesn’t mean we have to stay home in our PJs, either (unless that’s your thing). Increasingly, people are heading out to local viewing parties, making a night of the celebration by sharing food, wine, or small talk during some of the winner’s most interminable speeches.

This year, Greenfield’s Garden Cinemas gets in on the action with a free Sunday night Oscar party. Seating is limited — as I write, there are about a hundred and twenty seats available — and the stakes are high; patrons have the chance to guess the winners in pre-show balloting (open now), with the closest entry winning a movie package for four people. Let’s face it: the Oscars always feels like the longest movie of the year; why not spend it with a like minded crowd?

Back at Amherst Cinema, two films from renowned animator Hayao Miyazaki grace the screens this week. First up is the master’s debut film Nausicaä of the Valley of the Wind, the story of a young princess whose curiosity about (and, in an early hint at an enduring Miyazaki theme, respect for) the natural world. As many around her are determined to destroy the insect life of the land, Miyazaki’s heroine instead finds that protecting the world around her has an effect that reaches far beyond the insects she saves.

While the subtitled Nausicaä screens as part of Amherst’s Late Nights series, the English-dubbed My Neighbor Totoro will show as part of the cinema’s Saturday-morning five-dollar Family Films series. But if this film is aimed at a younger crowd, it, like Nausicaä, carries an enduring message about caring for and living in harmony with nature. Based on Miyazaki’s own childhood daydreams, it tells the story of Satsuki and Mei, two young girls who move with their father to a house in the country. There, they discover a family of Totoros, gentle giants that resemble a cross between plump cats and tanuki, the “raccoon dog” of Japanese folklore.