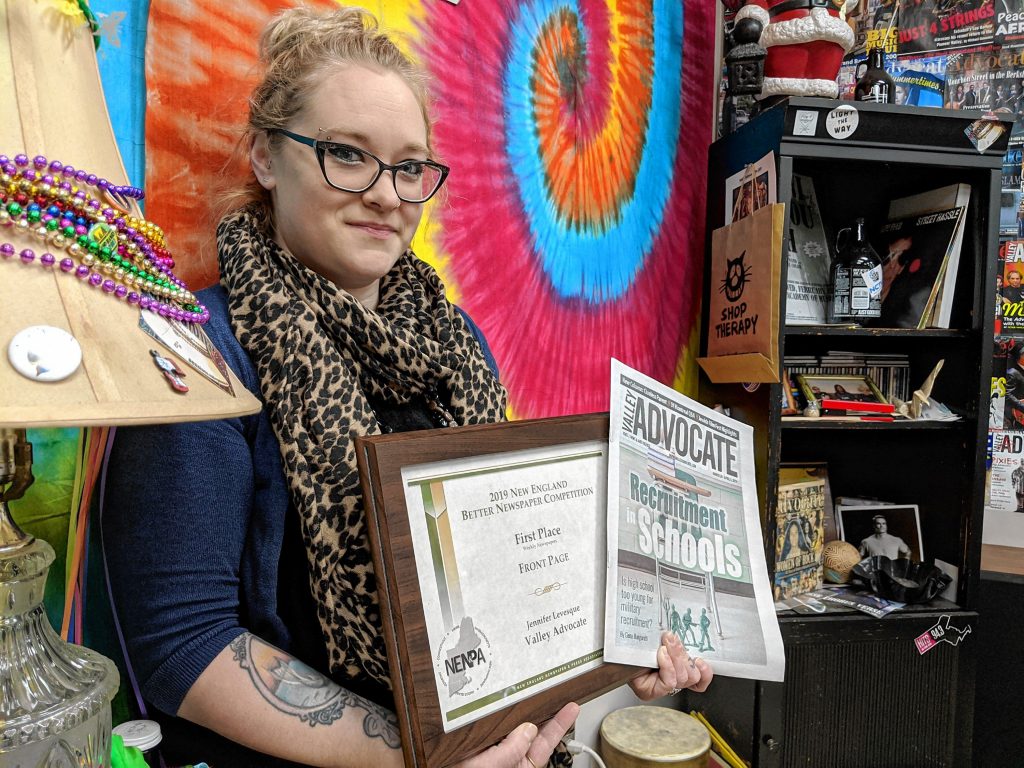 Jen Levesque displaying her first place plaque for her award in the “Front Page” category from the New England Newspaper and Press Association. 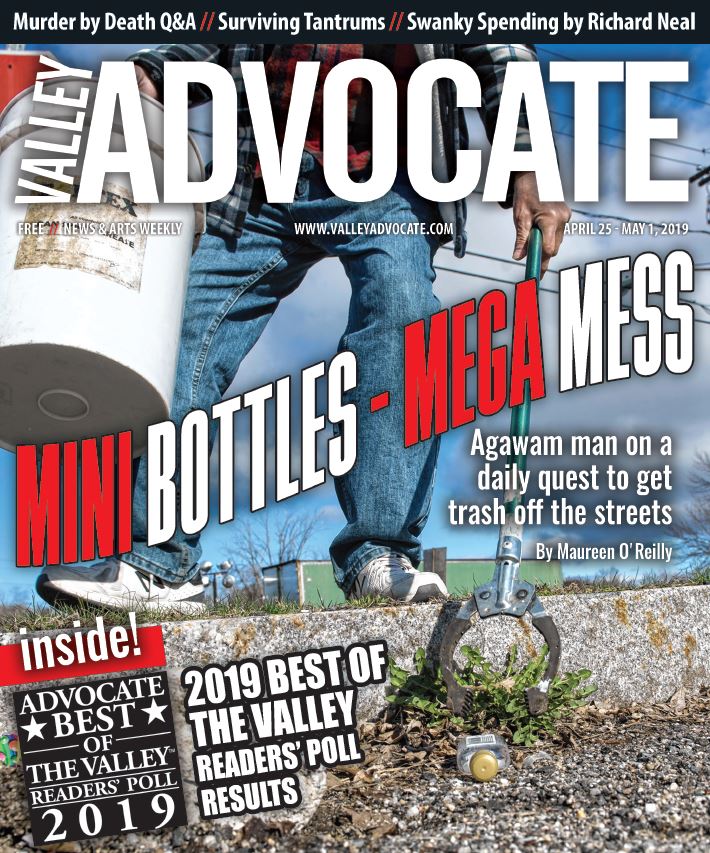 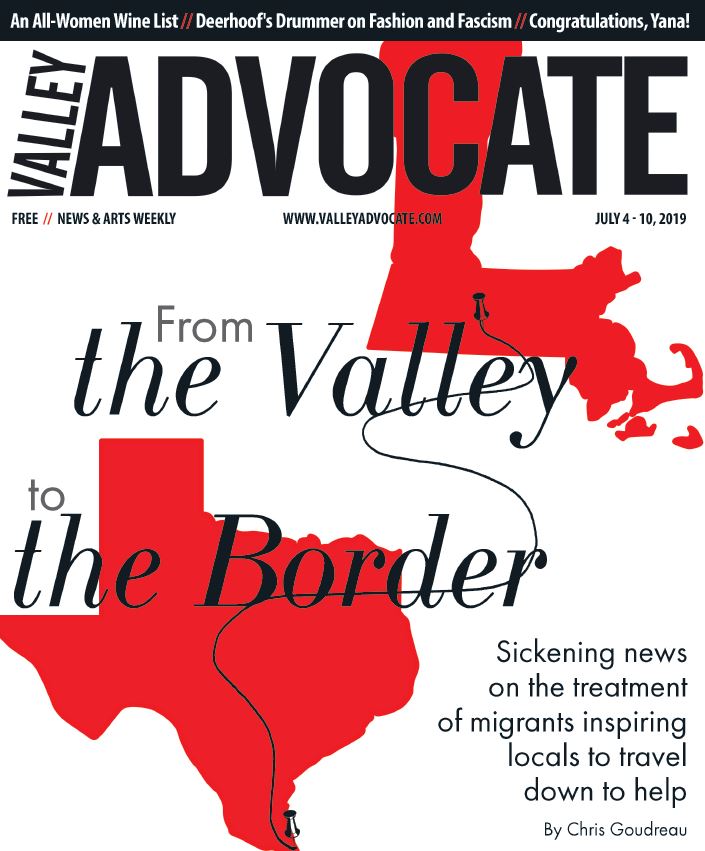 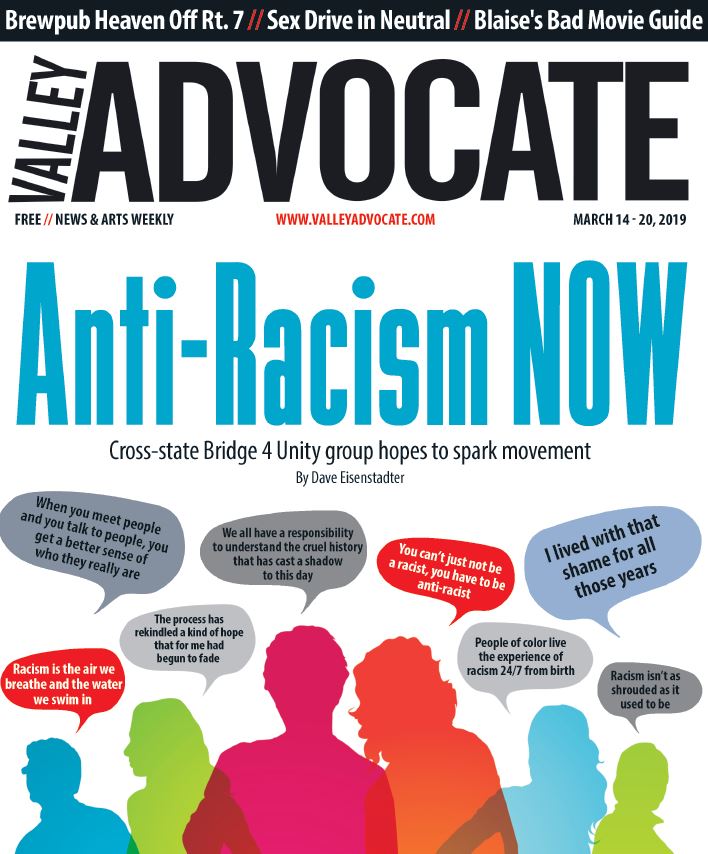 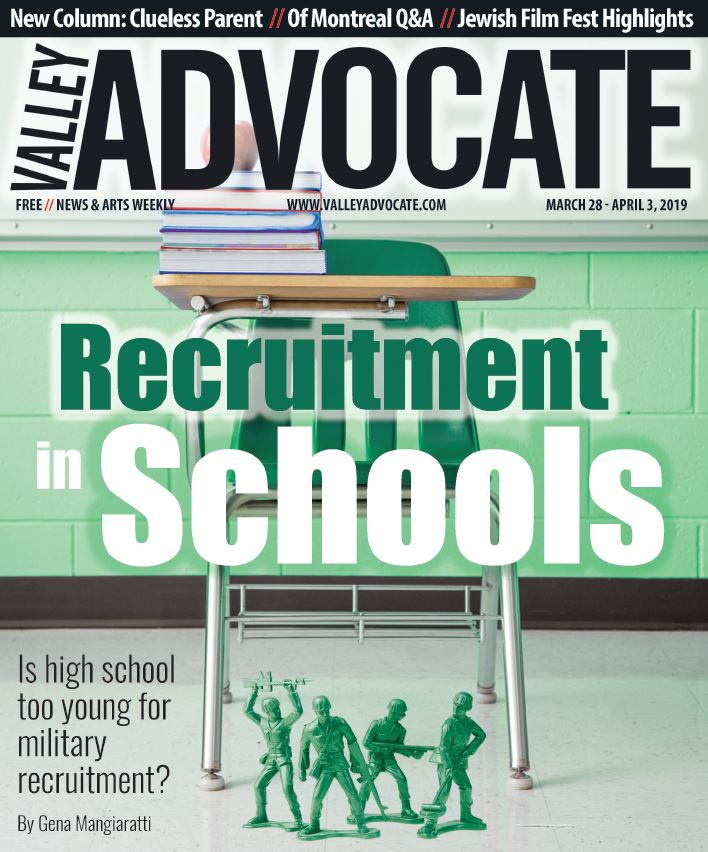 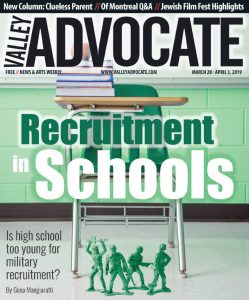 The winning design of the March 28 Valley Advocate earlier this year featured the cover story “Recruitment in Schools: Is high school too young for military recruitment,” by Gena Mangiaratti. Levesque’s cover had a squad of four toy soldiers positioned in front of an empty desk in a bleak high school setting.

Awards were presented at a ceremony on Saturday, Feb. 8, in Boston. The Better Newspaper Competition is the largest and most comprehensive journalism recognition program in New England, and is run by the New England Newspaper and Press Association. 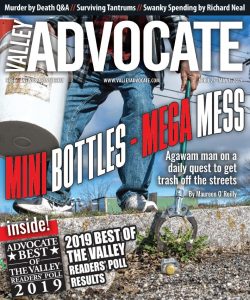 Writer Maureen O’Reilly placed in the “Local Personality Profile” category for an April 25 story about Agawam resident John Coughlin and his mission to reduce litter in the communities around his home — particularly nip bottles — by picking it up every day. The story, called “Mini Bottles — Mega Mess: Agawam man on a daily quest to get trash off the streets,” earned third place.

“This is a lively profile of a fascinating local character,” the judges wrote. “We’ll never look at a man picking cans in the same way again.” 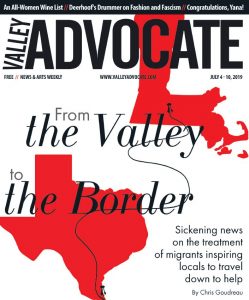 Valley Advocate Associate Editor Chris Goudreau earned a third place finish in the “Social Issues Feature Story” category for his cover story on local activists traveling to the U.S.-Mexico border to volunteer and provide some humanitarian relief to those crossing into the country and receiving ever-more-hostile treatment by right-wing laws targeting immigrants and refugees.

Goudreau’s story, called “From the Valley to the Border: Sickening news on the treatment of migrants inspiring locals to travel down to help,” appeared in our July 4 edition. 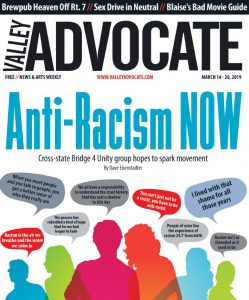 The article featured interviews with members of a group bringing together people from the Valley with others from Kentucky and South Carolina to talk about racism and racial issues.

“Extensive coverage of the program through the voices of people involved,” wrote the judges. “Good reading but kind of long.”

These and all of our stories (even the long ones) are available at valleyadvocate.com.