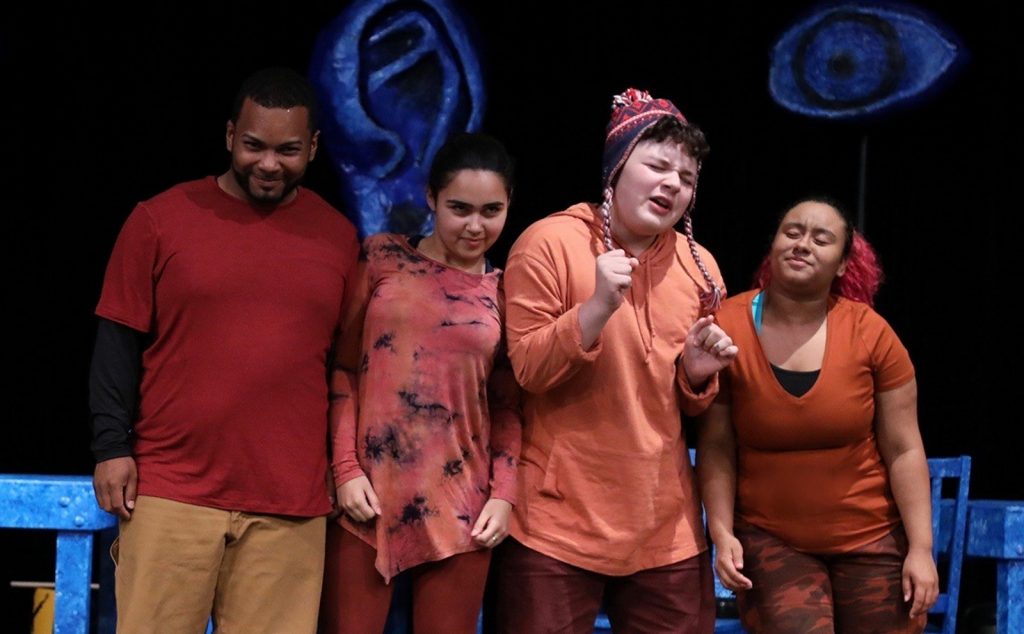 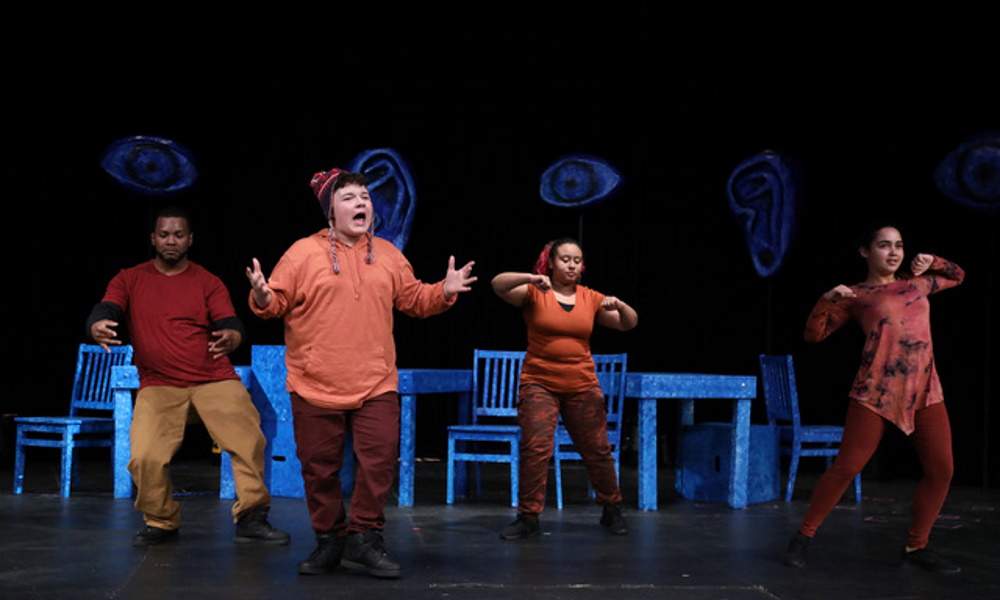 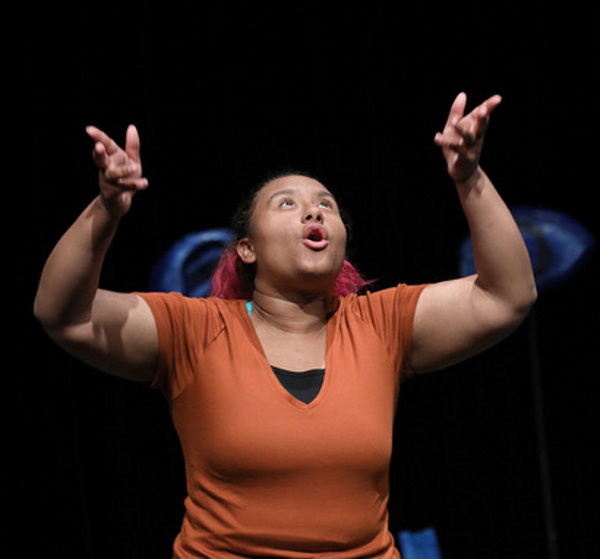 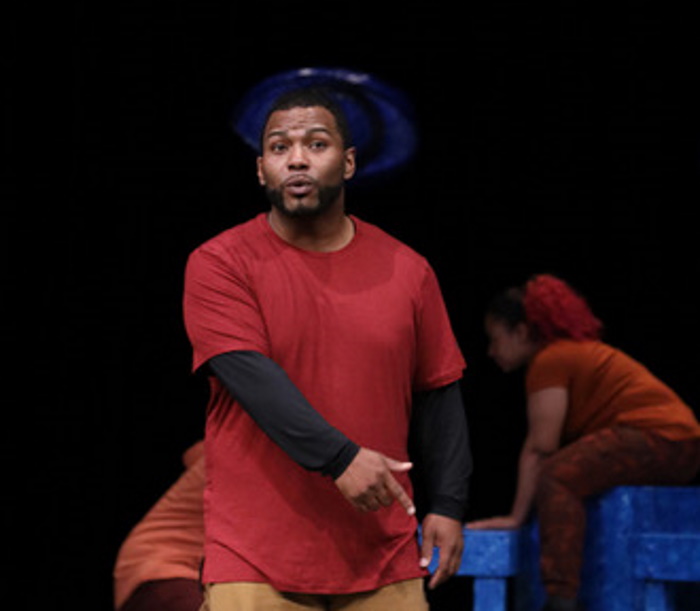 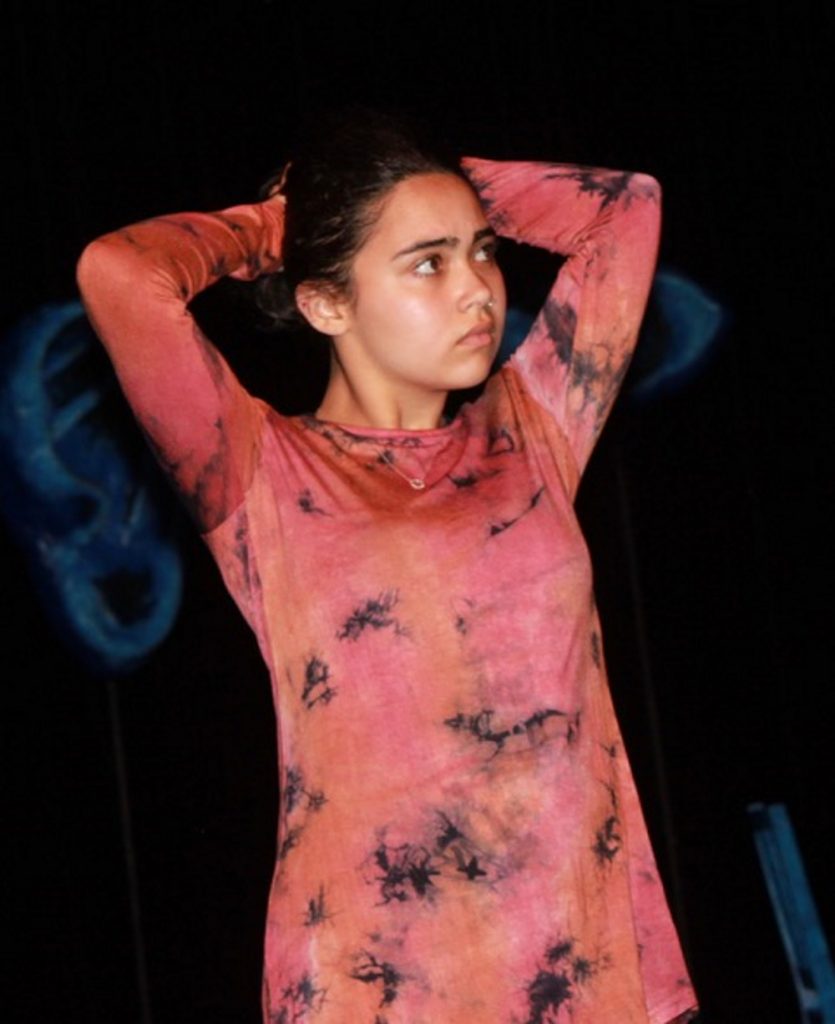 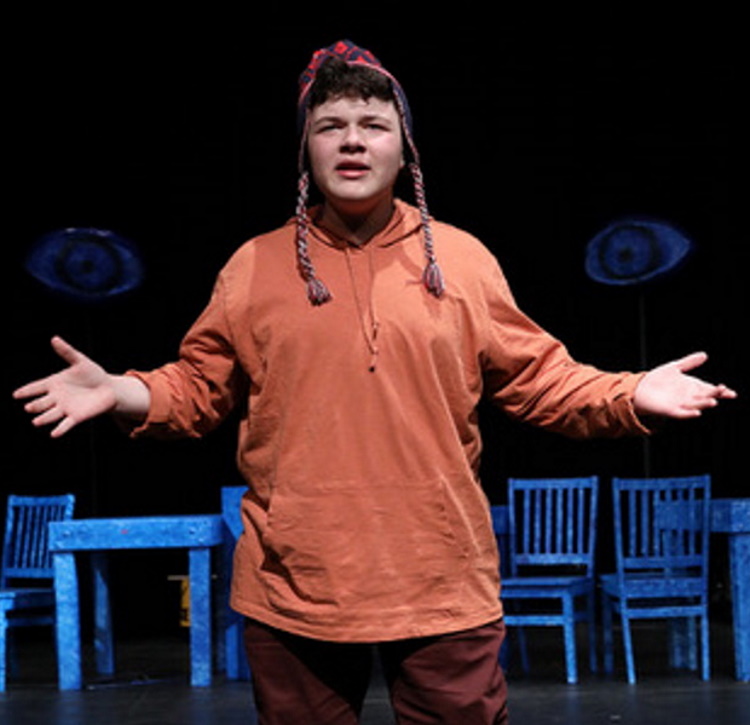 The name of the Performance Project’s youth program, First Generation, comes from its entrance requirement. All the participants identify as being a “first” in their family – the first to grow up in this country, to graduate high school or go to college, to be incarcerated, to question their faith, break a family silence, aspire to being an artist.…

The program started 12 years ago with a group of recent immigrants from Africa and Asia whose families had settled in the Springfield area. Since then it has grown in scope to include young people representing a multitude of “firsts.” I recently caught a performance of the group’s latest show, Stand Tall, Mi Gente! in the auditorium of Holyoke’s United Congregational Church, where the project is now based. It’s playing this weekend at the School of Contemporary Dance and Thought in Northampton.

All of First Generation’s material is developed through brainstorming ideas and sharing stories. The performances incorporate movement, music and rhythm into first-person narratives about “the complexity of embracing individuality while honoring our family and community cultures,” as the group’s self-description puts it.

I’ve followed First Generation since its founding in 2008 as an outgrowth of the Performance Project’s work with court-involved youth, but hadn’t caught up with it in several years. The artistic leaps it has made are impressive. Where the early shows, featuring moving stories of transit, upheaval and adjustment, were performed a bit tentatively by young people with little prior experience, Mi Gente’s cast of four are skilled, confident performers.

The title’s mi gente embraces a broad spectrum of “my people” – family, community, ethnicity, and by extension, all of humanity, especially youth. The piece begins and ends with a choral litany: “I am the voice … of the welcomer … the unwelcomed … the suppressed … oppressed … abandoned … Yo soy la voz … of justice … resistencia … justicia!” 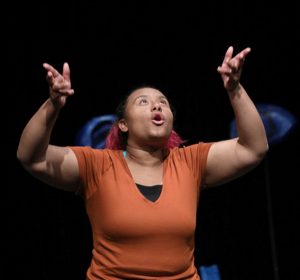 Each performer takes turns in the spotlight while the others accompany and support the stories, moving in sympathy and concert, interacting with the speaker or creating background tableaus that reflect narrative moments. Lisa Heredia’s account of Sunday gatherings at her abuela’s house sizzles with descriptions of grandma’s famous cooking, as Heath weaves around her, sharing in the sensual pleasures of the feast.

“When it’s time to go home,” she concludes, “even if we’re mad at each other, we say goodbye the same way we came in. We’re not that lovey-dovey TV family, there might be times that we fight, but I don’t feel complete if I don’t have my Sunday at ’Wela’s.” 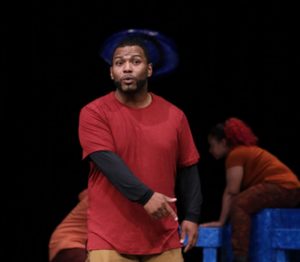 Chiino Rios’s grandmother, too, played an essential role in his growing up. “Grams was my rock. She was my motivation to pursue my dreams. She was my entire world in a thick chocolate fun-sized ball of sass.” But this young man’s own “first” brought conflict with his family and danger in his community when he came out as gay. “What they said to me was, ‘If I find out you’re gay – Si tu eres gay – I’m gonna chop your dick off. They called me ‘fag boy’ and ‘maricon.’ Some even said they would disown me.” 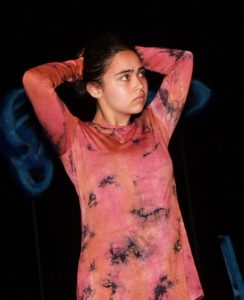 Keiry Heath counterpoints the “voice” sequences with her own listing of “how much beauty there is in the world. It is all around us. Old books … umbrellas … beehives and honeycombs … people dancing in wheelchairs … the beauty of exactly where I am.”

But some notions of beauty – and femininity – can hurt. “I’ve been thinking about how your words have held me back from being who I really am and who I want to be. Your words sexualized me. It makes me want to hide my body.” 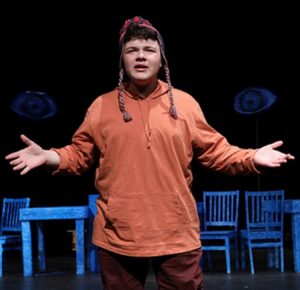 Justice Garcia describes his daily walk to school through Holyoke’s bleak streets in the company of his own private thoughts. “I have whole conversations with myself. I have so many questions – What if planet earth was alive? What would she say to us? … What do you think hair tastes like to brushes? … What if we are the aliens? … But by the time I get to school I’ve made sure all my secrets are tucked safely away.”

The performance by these young artist/activists is brimming with energy and imagination, a dance of memory and hope performed with honesty, humor and fluid artistry.