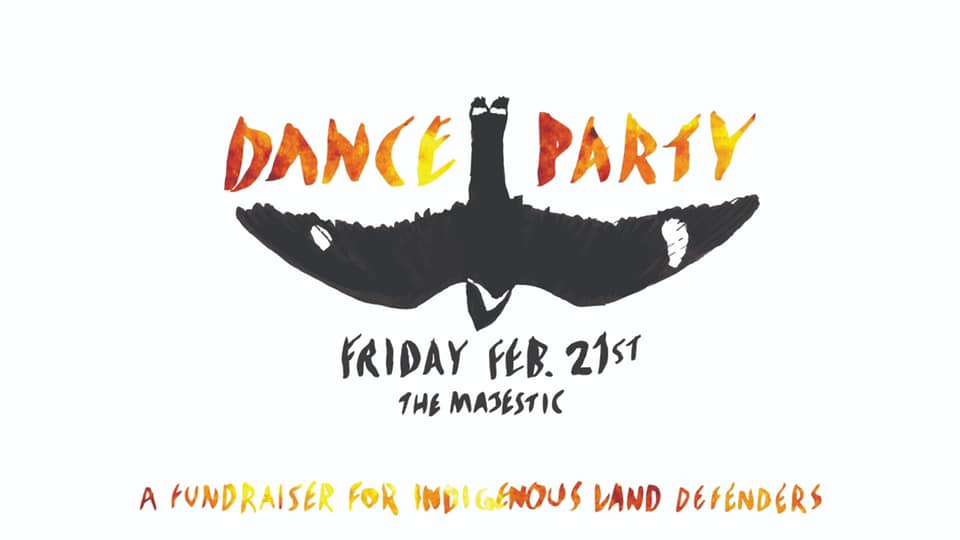 Fundraiser for The Wet’suwet’en Nation at Majestic Saloon // FRIDAY

The Majestic Saloon and Lupinewood, a trans sanctuary in Greenfield, are holding a fundraiser for the Wet’suwet’en Nation, an indigenous group in the British Columbia region. The Wet’suwet’en Nation is embroiled in a conflict with the Canadian government for opposing a $5 billion natural gas pipeline project through indigenous sovereign land. In turn, the government has responded with national police arresting nearly 30 people the Nation calls “land defenders.” At Majestic, a screening of a new film, “INVASION,” which lays out the situation, begins at 8 p.m. The chief of a clan in the Wet’suwet’en Nation will speak about the conflict via Skype at 8:30 p.m. At 9 p.m., four DJs take over. $7 to $50 sliding scale at the door. 24 Main Street, Northampton. — Luis Fieldman

Avant-garde soundscaper/ animator/ visual artist/ experimental pop songwriter Wishbone Zoë is set to release her third album, French of the Bird, via Sad Cactus Records next week. It’s a record I’ve been excitedly anticipating since hearing about it late last year. Full disclosure: Wishbone Zoë aka Sara Kochanski, is a good friend of mine, but I’ve been a fan of her music since before we met. Having recently listened to one of the tracks, “Drivedrivedrive” (feat. Maxshh), it’s awe-inspiring how Sara has been able to transform her own personal battles with musical performance anxiety into art that delivers catharsis. And she’s also freely open to abstract experimentation. The show will also include indie pop/ folk artist Hoonah, math/ prog rockers Hot Dirt, and free jazz/ metal/ noise rock duo Fred Cracklin. Looky Here, 28 Chapman St., Greenfield. 8-11 p.m. — Chris Goudreau

“Shelter Me: In Times of Need” on WGBY-TV // SUNDAY

Documentary filmmaker Steve Latham, who grew up in Hadley and now lives in California, has made a series of PBS films over the last several years on shelter animals, the attendants and volunteers who work with them, and the bonds people develop with the animals. His latest episode examines an innovative program in which elders living in Alzheimer’s facilities foster orphaned kittens, giving the small cats the 24-hour care they need and helping engage seniors’ memories. The film, hosted by award-winning actress Hilary Swank, also looks at a shelter dog that becomes a hospital therapy dog and a group that helps build free fences for people who otherwise have to keep their dogs tied up all day. “Shelter Me” Sunday at 5 p.m. on WGBY. — Steve Pfarrer

This dramatic reading by the Baker Street Readers will take place at the Hooker-Dunham Theater in Brattleboro. Without giving too much about the plot away, the story may have been written in the late 1800s, but its forward-looking theme was ahead of its time and one that could resonate with modern audiences. I’m always up for a good mystery, and community theater, and this checks those boxes. 7 p.m. $5 — cash only. Hooker-Dunham Theater, 139 Main St., Brattleboro. Information at bakerstreetreaders@gmail.com. — Dave Eisenstadter