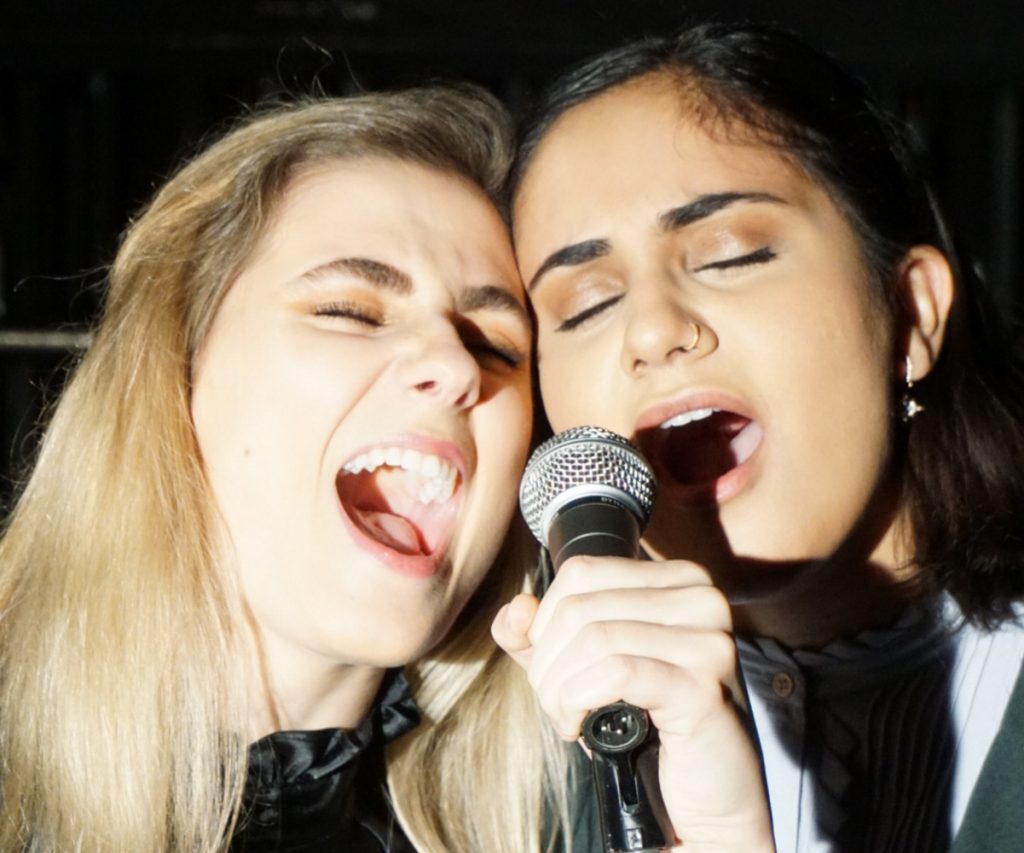 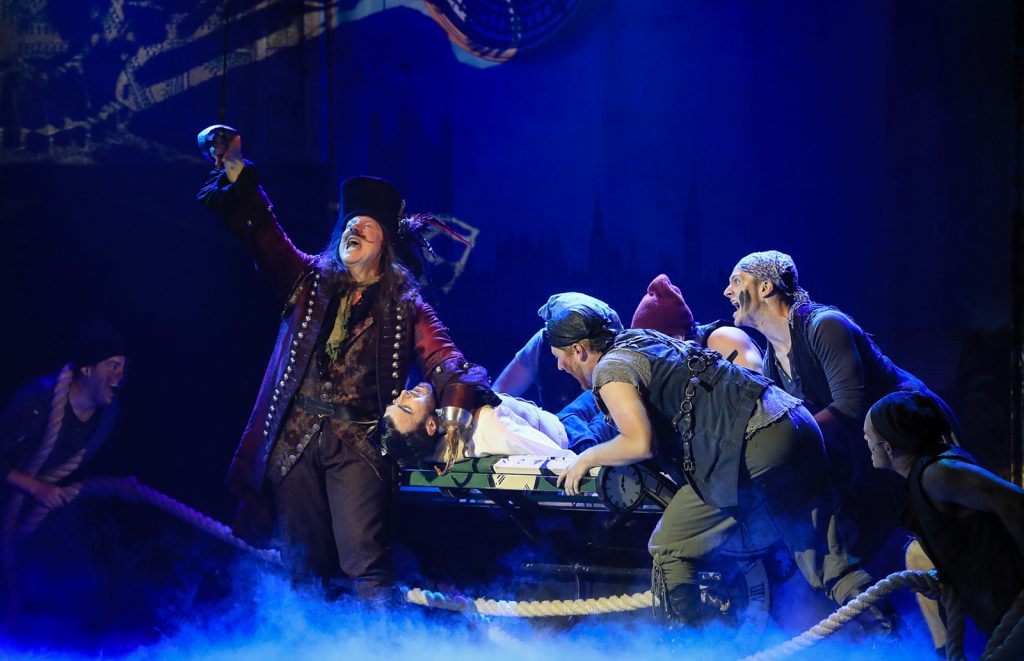 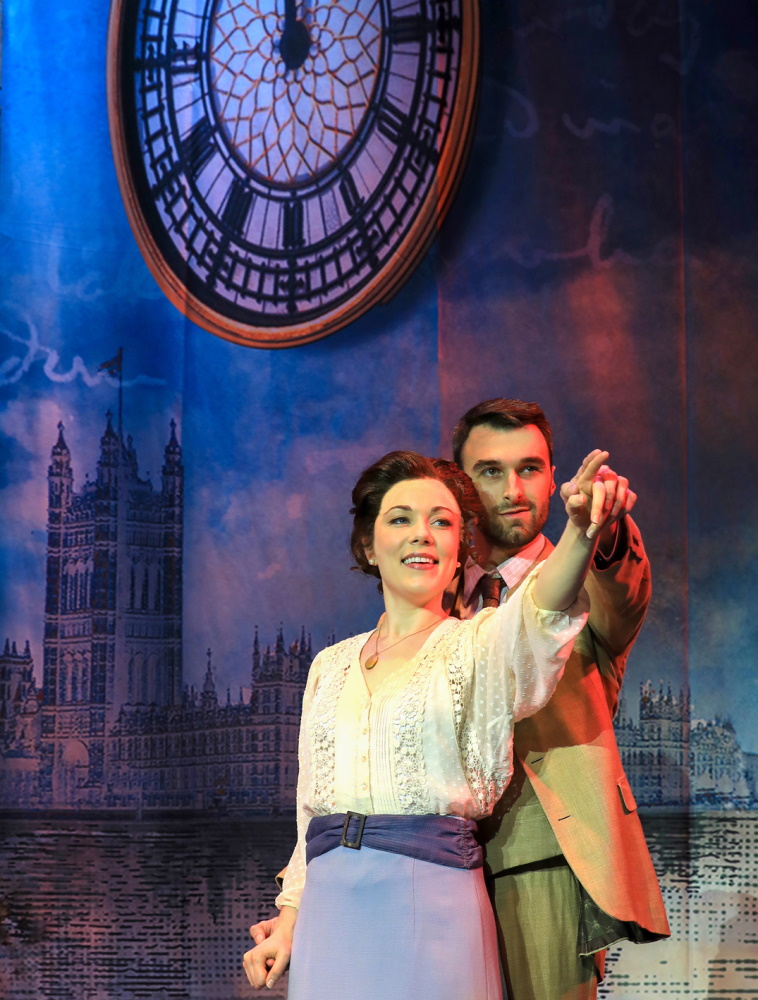 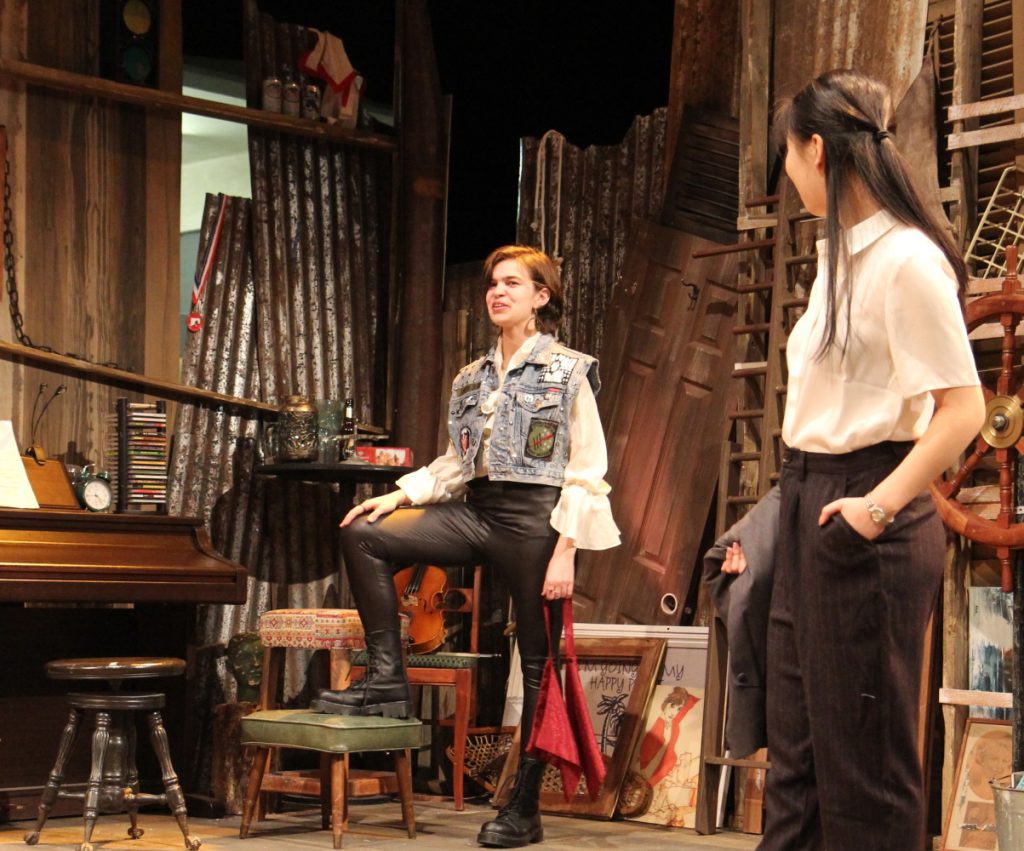 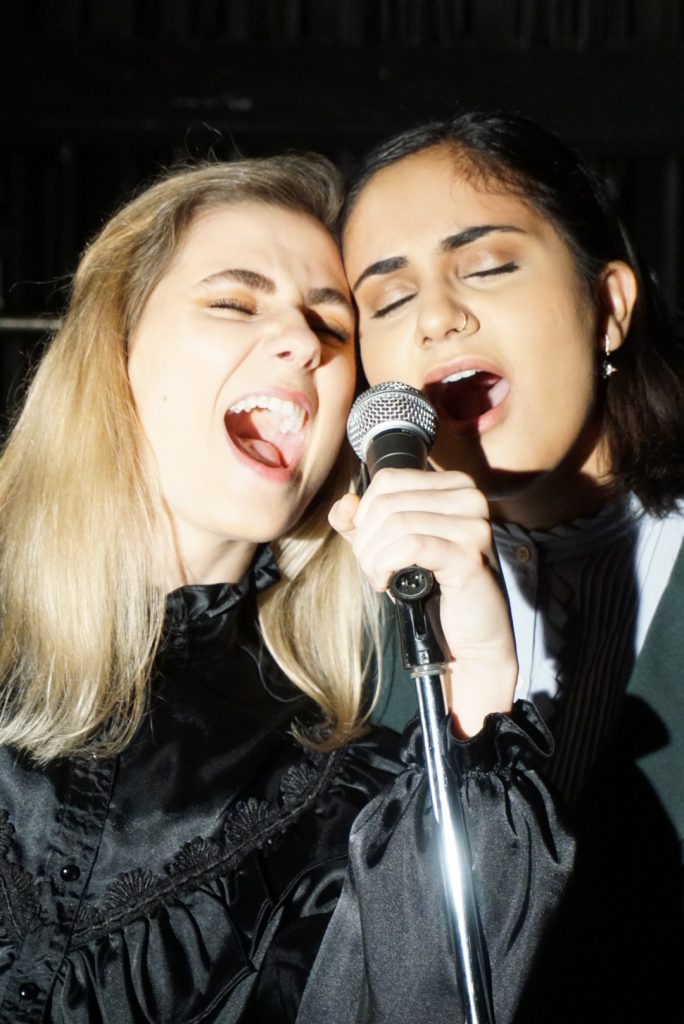 Two of the shows coming up on three Five College stages this week and next are family-friendly journeys into Neverland’s backstory. The other is a rock musical about a sensational axe murder.

First up is Finding Neverland, the musical based on the 2004 film. It was developed by the American Repertory Theatre in Cambridge and transferred to Broadway in 2015. On Tuesday, the national tour stops at the UMass Fine Arts Center Concert Hall. 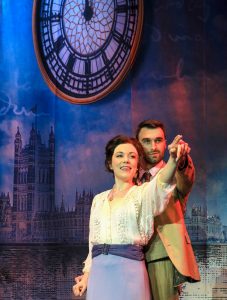 It’s not about that boy who never grew up but about his creator, J.M. Barrie, who in this fanciful origin story becomes a surrogate father and playfellow to the children of a widowed neighbor. Joining the boys in games of make-believe – “Pirates of Kensington” for one – and taking a special interest in moody young Peter, Barrie is inspired to write and stage a play, the one that will make him, and Neverland, immortal. In the process, the line between reality and fantasy gets a little permeable.

This tale gets the big-musical treatment, with lavish costumes, animated projections and a cast of two dozen, including an actual dog – in this iteration, a goldendoodle named Oscar. Finding Neverland, says the UMass publicity, “is packed with mesmerizing visuals, irresistible songs and plenty of laughs, making it a timeless story about the power of imagination.”

Peter and the Starcatcher, opening next weekend at Smith College, is a prequel to Barrie’s famous tale, detailing how a ragtag band of orphans became Peter Pan and the Lost Boys. Rick Elice’s play, based on the 2004 children’s book by Dave Barry and Ridley Pearson, is a swashbuckling adventure, awash with scurvy pirates, mysterious treasure and mythical creatures (including a guardian fairy). 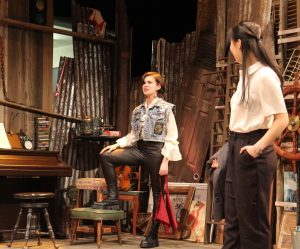 Where the 2011 New York production employed the framing device of a group of actors gathering on a bare stage and inviting the audience to join them on a journey of the imagination, the Smith production begins in a bar with a reunion of childhood friends, now grown. Having all treasured the Starcatchers books as children, they begin retelling the story.

Director Cathy Kennedy says in the show’s publicity that she is “incredibly fascinated with storytelling – what storytelling is and why we do it and why it’s such an intrinsic human instinct.” The Smith senior adds, “I’m also in a place in my life right now where I spend a lot of my time thinking about what it means to be an adult and how I am on the verge of being a Real Adult.”

The show’s concept is reflected in its design team – Priscilla Yichen Zhou, sets; Sasha Belcher, lights; and Nancy Gregory, costumes and puppets – who like Kennedy are childhood fans of the book and are graduating seniors on the verge of becoming real-world grownups.

Lizzie: The Musical, coming to Mount Holyoke College next week, is a raucous rocker with a cast of four, all of them women. It’s the latest in a long line of works in popular culture probing and retelling the grisly story of Lizzie Borden.

She’s the Fall River spinster who, according to the popular rhyme, “took an axe and gave her [step]mother 40 whacks,” and then gave the same plus one to her father. When the musical opened in New York in 2009, the New York Times critic called Lizzie “the O. J. Simpson of 1892” – widely assumed to have done it, but acquitted after a trial that stirred a media frenzy.

While the verdict remains controversial, the authors of this piece, Steven Cheslik-DeMeyer, Alan Stevens Hewitt and Tim Maner, have no doubts about her guilt. Instead, they delve into possible motives. These include resentment over an inheritance, incestuous sexual abuse, an oppressive homelife and a liaison with a female neighbor.

The authors give the story a proto-feminist, pro-Lizzie spin and a Spring Awakening style: actors in 19th-century costumes, brandishing microphones. The storyline, from simmering tensions to blood-spattered climax, is delivered via a rock score that one critic termed “punky anthems of rebellion and revenge.” Another called the music “rollicking (yet tuneful) with intelligent (and sometimes tongue-in-cheek) lyrics.”

In this production, Lizzie, “a foot-stomping, hair-flinging rebel,” is played by Sophie Schweik. Fellow Mount Holyoke students Zara Malik, Emma Chaffee and Kylie Levy play her strait-laced sister, the family’s Irish maid and Lizzie’s illicit love interest. The director, Michael Ofori, told me he’s excited about this version of the legend “because it uses a masterful blend of fact and myth in reinventing a famous American story. It is a tale of empowerment.”