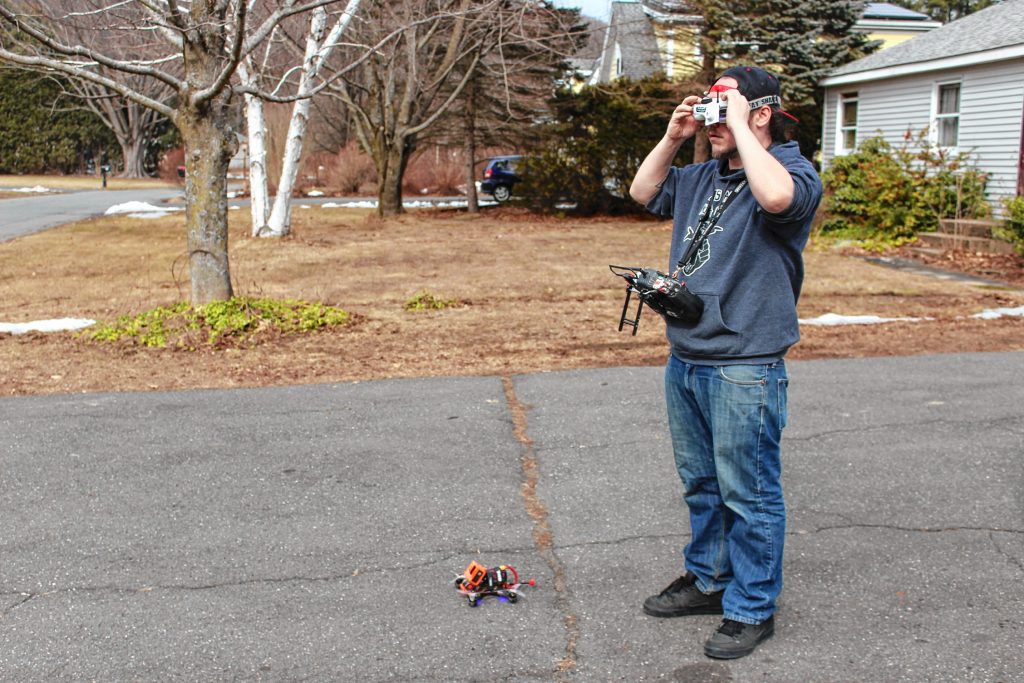 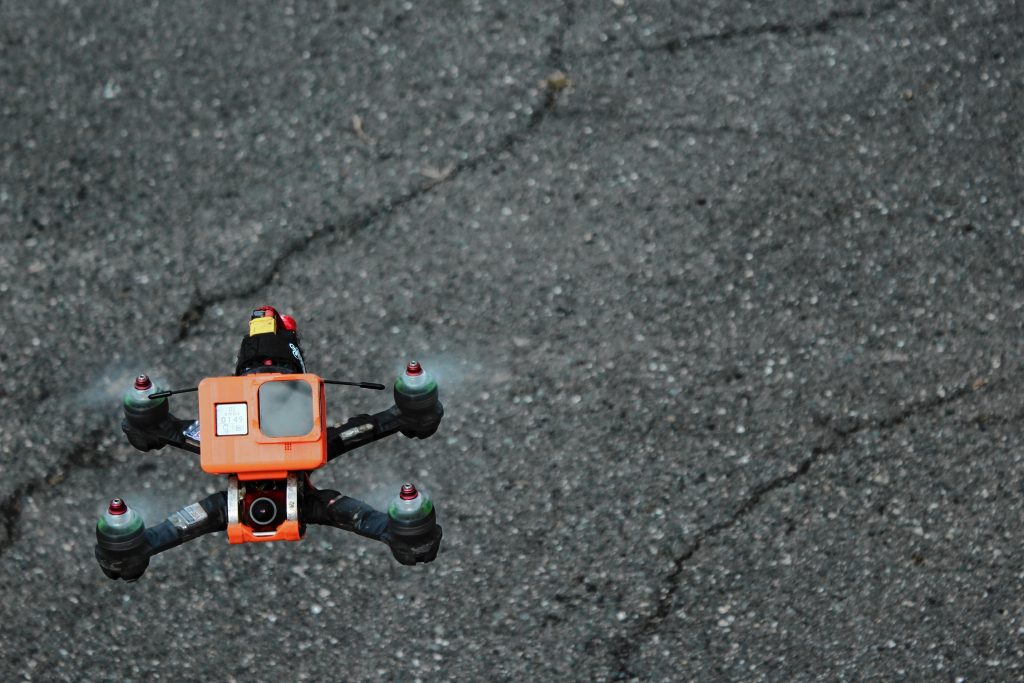 Michael Duhl of Deerfield is the head organizer of “Help Save Our Hobby,” which will gather in the nation’s capital on Friday and Saturday. He said if the new rules go into effect, it would require a drone pilot’s location to be instantly identifiable. That has raised concern among hobbyists and commercially licensed drone pilots around their safety, privacy, and the potential of being priced out of flying drones in order to stay compliant. 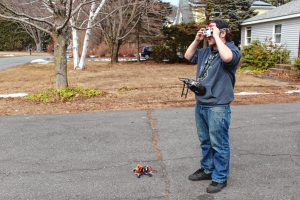 Mike Duhl turns on his first person view flight goggles as he prepares for his drone’s takeoff in Deerfield. Zack DeLuca photo

A proposed rule, called Remote Identification of Unmanned Aircraft Systems (Remote ID Rule) was issued by the FAA and the U.S. Department of Transportation on December 31, 2019, and, if implemented, would require drones, model aircraft, and their control stations, to broadcast their location continuously and automatically to the FAA while in flight.

“These rules will destroy access to the long tradition of hobby aviation as well as limit the ability for open research and development around these technologies,” Duhl said. “These communities are filled with inventors, creators, makers, artists, innovators, videographers, and the list goes on. Their spirit will be squashed.”

FAA spokesperson Marcia Adams declined to answer specific questions about the policy, but released an email statement in response to inquiries by the Valley Advocate.

“The FAA encourages the public’s input to address safety, national security, and law enforcement concerns regarding the further integration of drones into the airspace of the United States while also enabling greater operational capabilities. Currently, there is a proposed rule that is open for public comment, the FAA encourages any member of the public who wishes to provide input to comment,” the statement read.

The protests will take place directly outside FAA headquarters in Hancock Park over the two days. Duhl said he hopes to see anywhere between 500 to 1,000 people participating.

Some local commercial pilots see their businesses as threatened by the proposed rule changes. 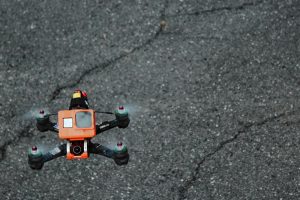 “The rule puts new burdens on myself and other commercial licensed pilots, unnecessary burdens that require me to pay a monthly fee to fly, to connect to the internet for every flight, and ground older drones that can’t connect to the internet, and record every flight in a national database,” said Janel P. Jorda, owner of Web-tactics in Easthampton, which produces drone videos and photography along with other digital agency services.

The Remote ID Rule is part of the FAA’s Notice of Proposed Rulemaking, which would require U.S. manufacturers to only produce drones that meet Remote ID specs. They also state that a drone cannot take flight unless it has internet connectivity — which poses complications for hobbyists and commercial pilots alike, Jorda noted.

Replacing older drones with newer ones able to connect to the internet, or retrofitting old ones with connectivity, encompass just some of the associated costs. Citing FAA numbers, Jorda said nearly the 116,000 registered drone operators in the United States would likely pay a monthly fee to the Low Altitude Authorization and Notification Capability (LAANC), which facilitates sharing of airspace data for the FAA, and increased cell phone data plans. Jorda said the fees would be up to the discretion of LAANC. There are nearly 1.3 million registered drones in the country. Officials estimate that there are hundreds of thousands of additional drones not registered.

“Individual drone pilots are shouldering the costs,” Jorda said. Along with additional costs, she is concerned that the Remote ID Rule, which would provide her location publicly when flying a drone, could make her the target of passersby ire.

“I myself have been legally flying a commercial drone job and somebody jogging near where I was standing with my control station wasn’t happy that I was there even though I was identified with safety equipment — orange cones, helmet, glasses — they came by me and they were thinking I was taking facial recognition photos,” Jorda said.

As a commercial pilot, Jorda takes videos and photos of homes for realty companies, as well as commercial property buildings. Remote ID would require drones and control systems to broadcast or transmit their serial number, latitude, longitude, time-mark, and barometric pressure altitude, all which would be publicly accessible.

Jorda said she would prefer the information to only be available to government agencies and law enforcement, “but allowing private citizens to know where we pilots are standing publicly raises safety and privacy concerns.” She recalled a confrontation while she flew a drone on a commercial job and a person began harassing her as she controlled the drone and said there could have been a risk of losing control of the drone.

“It could get bad for us in a quick way,” she said.

Glen T. Labay, owner of Aerial Camera Services in Southampton, said the proposed rules amount to government overreach and suspects that powerful lobbyists working on behalf of large corporations such as Amazon, Google, and Walmart, which are exploring automated drone delivery systems, could have played a role.

“When I started reading it the day it came out, by page 24, when it started saying this proposed rule-making was in the best interest of all concerned parties, my mind about exploded out of my head because concerned parties are Amazon, Google, Walmart — anyone who wants to fly remotely,” Labay said.

He pointed out what he considers a major flaw in the proposed rule: commercial pilots that work indoors or do work in remote outdoor areas without cell signal or WiFi connectivity would be severely disadvantaged.

“Guys who do oil tank inspections, companies in warehouses doing inventory (with drones),” won’t be able to take off without connecting to WiFi, Labay said.

Another aspect of proposed rules by the FAA, called FAA-Recognized Identification Area (FRIA), would create designated areas where drone pilots could fly. These would be designated within 12 months of the rule passing and then there would never be any more created, according to Labay.

“It kills the hobby,” Labay said.

Comments on the FAA’s Remote ID are open for submission until March 2, 2020.