“Peter and the Starcatcher” at Smith College // FRIDAY and SATURDAY

This Tony award-winning play is adapted from a children’s book and is a prequel to “Peter Pan,” upending the classic story of “The Boy Who Would Not Grow Up.” Described as a “fast-paced, irreverent, touching and funny theatrical experience,” the Smith College production includes pirates, jungle tyrants, a flying cat and more and is framed around childhood friends who meet as adults in a local bar to tell each other this story they’ve group up with. At the Hallie Flanagan Studio Theater, 122 Green St., Northampton at 7:30 p.m.; performances also March 5-7. Tickets are $10 general admission/$5 students & seniors; free for Smith students. Call 585-3220 or visit boxoffice@smith.edu. — Steve Pfarrer 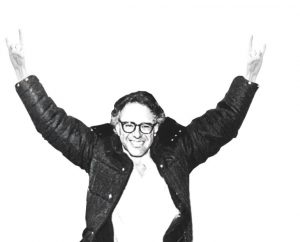 Presidential candidate (and mega celebrity) Bernie Sanders recently announced he will touch down in Springfield this Friday at the MassMutual Center in Springfield. First off: it’s delicious irony that Sanders will hold forth in an arena named after one of the state’s largest insurance companies. But also, we don’t always get presidential candidates coming to western Massachusetts, and here’s a chance to see the main front-runner before we vote next Tuesday. Expect long lines and a good deal of talk about political revolution! The event begins at 7:30 p.m. with doors opening at 6. 1277 Main St., Springfield. — Dave Eisenstadter