The V-Spot: Can My Clit Learn to Trust Again? 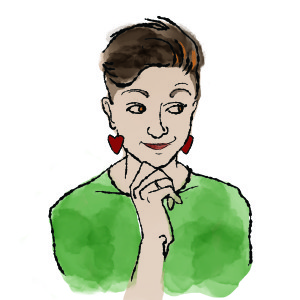 I recently got out of a seven-year relationship and a five-year heterosexual marriage. Initially, we had a very regular and healthy sexual relationship but over time it disintegrated to an essentially sexless relationship. He had an affair and we divorced.

I’m now trying to pursue a new relationship and I’ve found myself in a terrible position! I don’t have any issues having penetrative sex or pleasuring my new guy, but whenever he tries to get me off I just shut down. It’s gotten to the point that even I am having trouble getting myself to orgasm.

My new guy really enjoys giving but at this point his attempts to get me off make me so uncomfortable that I shut down. When I say shut down, I mean I end up mentally somewhere else and just really uncomfortable. He’s doing everything he can to make me come and I can’t handle being the center of all this attention.

It’s become a big issue in our budding relationship and of course the more that we talk about and try to work through it, the more pressure is put on it. I don’t know what to do. I want to come, I’m really attracted to him, and he wants to be able to make me come but every time we try to set aside time to focus on me I just shut down.

I’ve never experienced this with a partner before but I haven’t had very many, and it’s been a long time since I’ve been with someone new. Any ideas?

— Too Uncomfortable to Come

It sounds to me that 1) You and your clitoris need time to trust again and 2) Your new guy needs to stop making your orgasm about him (no matter how “good and feminist” his intentions are). I don’t know much about your ex-husband and exactly how his extramarital dalliances went down but the way it seemingly gets boiled down in your understanding is that the sex dried up and then the affair happened.

This makes me wonder how tightly bonded your experience of betrayal and loss is to your perception of yourself as an adequately performative sexual partner. Meaning, could it be true that somewhere in your mind whether consciously or not your body is like “Hey! You better come or this dude is going to lose interest and then you’ll be left again and be alone foreverrrrrrrrr”?

If this resonates, I would start with reading Esther Perel’s The State of Affairs. This book does a great job of breaking down why and how the conditions for affairs are created in terms of what the affair meant to and about the person having it instead of focusing on the traditional affair narrative which generally asks the reductionist question: “What went wrong or was missing from the relationship that caused the affair?” This book might offer relief, understanding, or a new perspective about your ex-husband’s affair that may help untangle the lurking belief that an “imperfect” sex life = conditions for being left or deemed relationally unworthy.

Secondly, your new dude’s intentions are packaged as pure, I’m sure. Baby, I just want to make you come! But, if his efforts to do so make you feel numbingly uncomfortable (how many times do you use the phrase “shut down” here??) then the impact of his motives don’t translate to your genuine pleasure and the whole point (as well as the climax) are completely missed.

If we can relate a sneeze to an orgasm in the ways they hijack our bodies in an involuntary release, I can’t point to many people who can sneeze on command whilst their partner stares at them in excited anticipation of the big kerchoo and your orgasm isn’t much different.

Your climax (and you) will come when the conditions — emotional, physical, and mental — are safe and right for you to do so. Shift the goal of sex and do it ASAP (especially you, new guy). Luxuriate in the sensations of your sex life that do — genuinely and authentically — work for you and the rest will follow, but only if the rest can do so willingly, free of someone else’s great sexpectations.