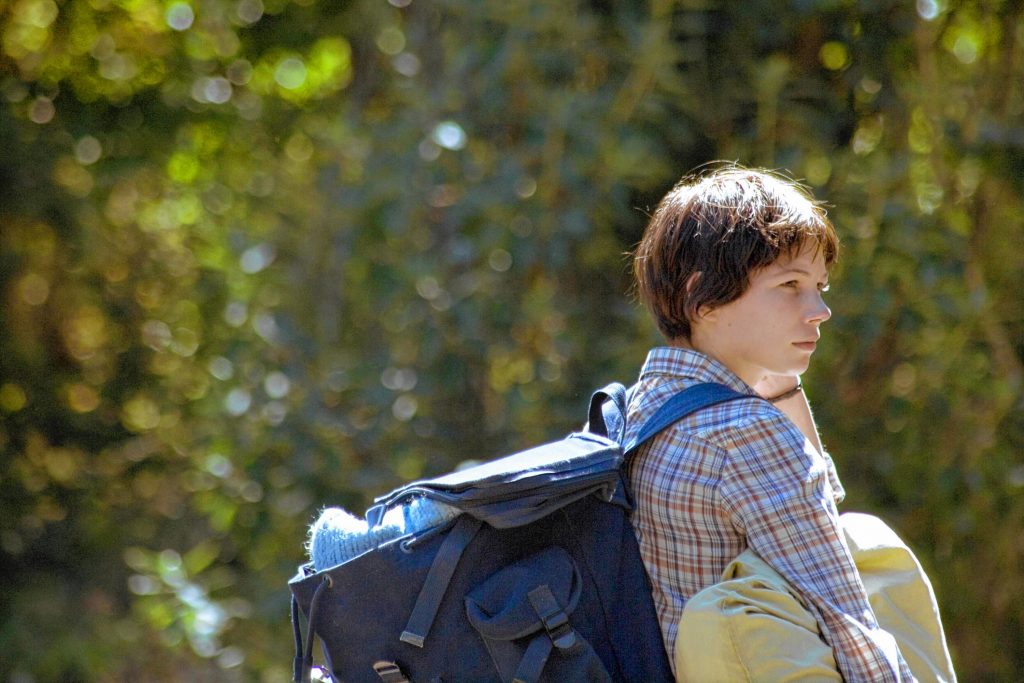 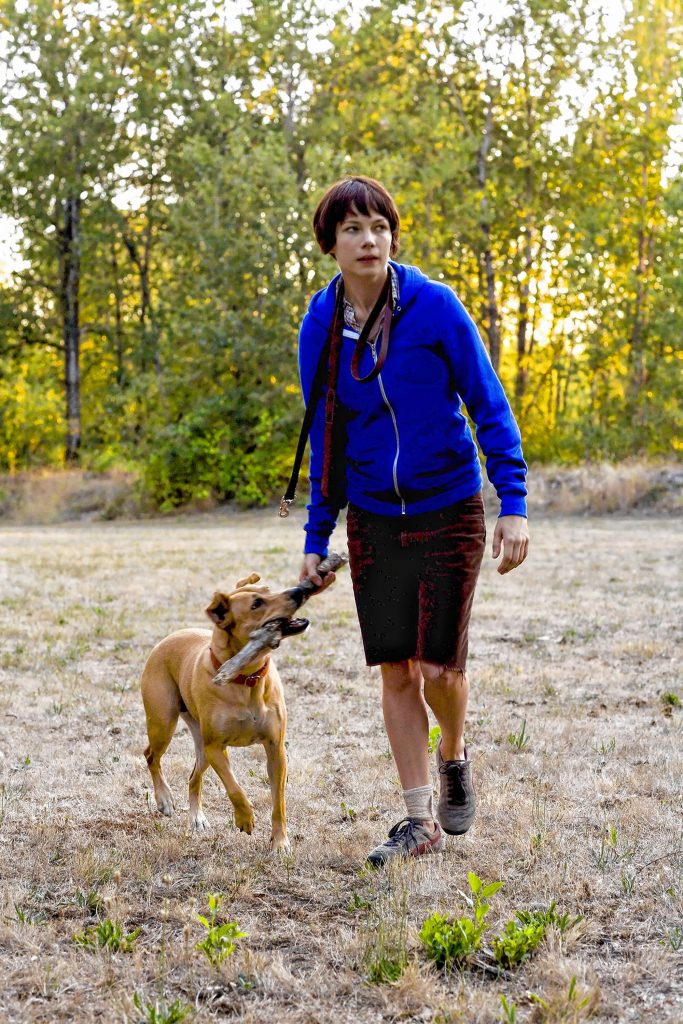 “All it takes is one bad day,” a famous cartoon villain once said, “to reduce the sanest man alive to lunacy.” And while Kelly Reichardt’s 2008 film Wendy and Lucy is about as far as one can get from the world of the Dark Knight, it takes that “one bad day” idea and turns it into something far more real and affecting. There will be no Wendy Halloween costumes, come October.

Arriving at Amherst Cinema to kick off the theater’s Films of Kelly Reichardt retrospective — her new film First Cow will be released this month — Wendy and Lucy is the story of a young woman and her dog, and the long-lasting repercussions of what can sometimes seem like small decisions. Michelle Williams, with dark hair, cutoffs, and a hoodie, is Wendy, a loner on her way to Alaska, where she has a hazy idea of working in a fishery. “I hear they need people up there,” she says, and one gets the sense that it could be nice to be needed.

Her companion is her dog Lucy, and for Wendy, she truly is that — the only being she fully lets in, the only one she trusts enough to share her life on the road. But before the pair can reach Alaska, Wendy’s aging car stops them dead when it breaks down in Oregon. Already living on the edges of poverty, the car repair is an
unexpected impossibility, and the fallout from that ripples out to touch every aspect of Wendy’s life, including Lucy.

It wouldn’t be right to say it’s a joy to watch Williams as she moves through the story, but it is a deeply affecting portrayal, and one that lingers long after the film ends. At its inevitable but heartbreaking close, Wendy and Lucy reminds us that life can indeed nasty, brutish, and short — and that our connection to each other is all the more important because of it.

Coming Up: Sharp-eyed readers of this column will have noticed that Cinemadope has shifted to a biweekly schedule. Since the Advocate itself continues to publish as a weekly, the frequent “Also This Week” notice will now be a more regular “Coming Up” section, which should better serve Valley filmgoers during those weeks when the column does not appear.

So then: coming up next week, Pothole Pictures is celebrating 25 years as a volunteer-run community movie theater as it embarks on its spring film schedule. It’s truly a remarkable achievement for Shelburne Falls and the surrounding communities: the town has not had a commercial theater since 1965, but thanks to the commitment of the theater’s volunteers there hasn’t been a shortage of great cinema for a quarter of a century. “The truth of the matter is,” says Pothole Pictures founder Andrew Baker, “if you live in a village of less than 2,000 people you’ve got to make your own fun on a Friday night.”

And so, after nearly 400 films, meet-the-director events, and live local music preceding the films — get there a half hour before showtime — a new season begins, this time with a screening of the agriculture documentary The Biggest Little Farm, which charts the birth and growing pains of Apricot Lane Farms, a 200-acre farm 40 miles north of Los Angeles. Started during a brutal drought, the farm was nursed to health by the creative, diversity-based philosophy of novice farmers John and Molly Chester (and the financial support of very generous investor). A panel of local farm educators will lead a discussion following the screenings.