The CD’s You Gave Me: Grunge and indie rock with musical clones 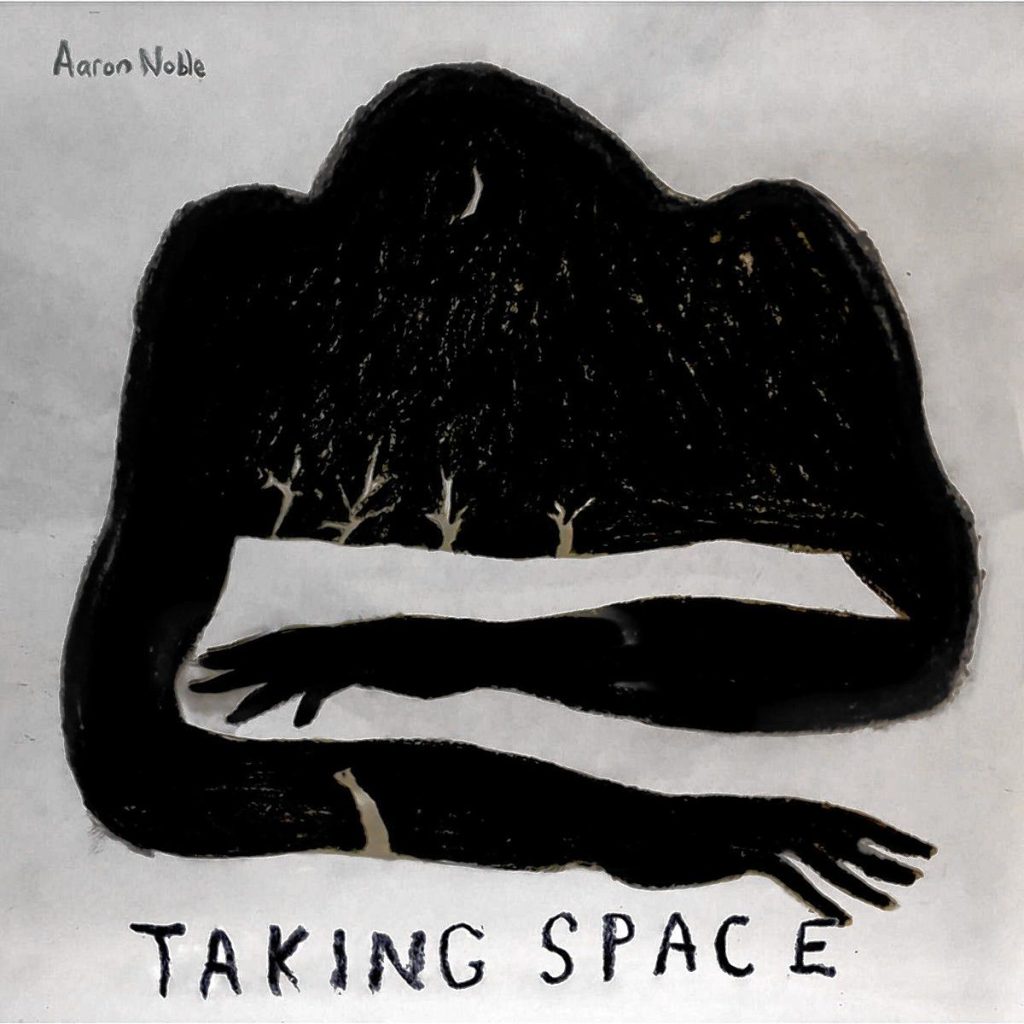 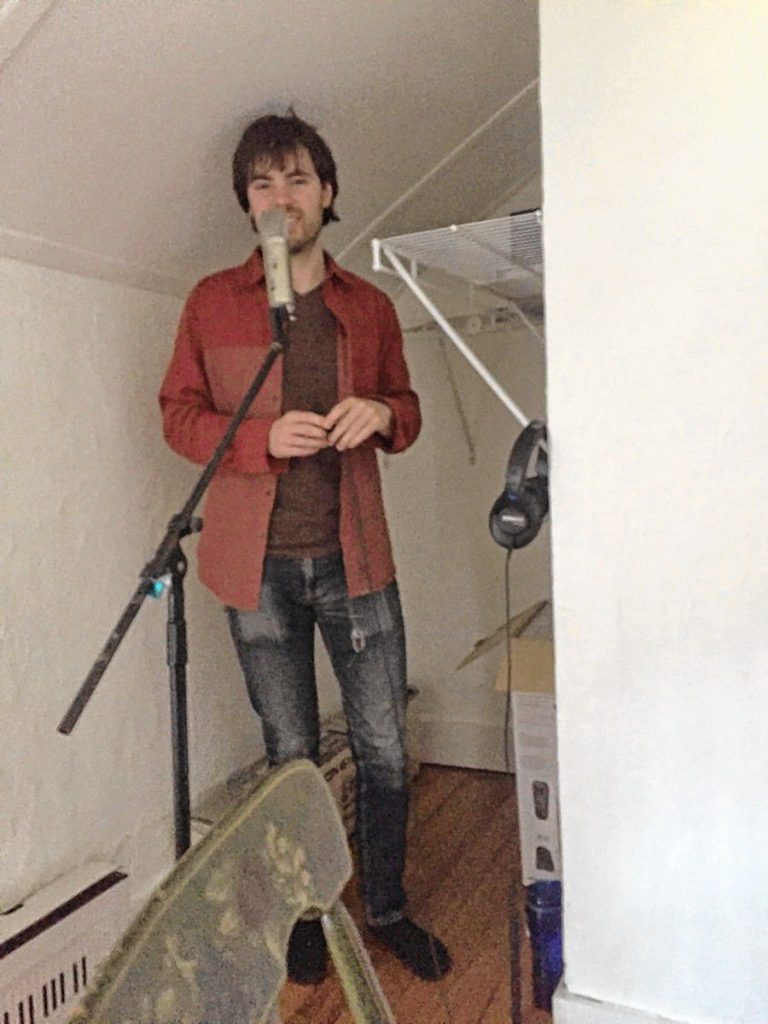 Take one part grunge, another part shoegaze pop, and throw in some indie rock in the vein of Elliott Smith, and you have the building blocks of Taking Space the debut nine-song, full-length album by local songwriter Aaron Noble.

What’s immediately striking about this record is that Noble plays most of the instruments on it, whether guitars, drums, piano, or bass. There’s some percussion work by Ryan Severin (Young Tricksters) and four guest vocalists, but besides those contributions, the “introspective and dreamy grunge tales” were performed by “one man and his posse of clones,” according to the album notes on Noble’s Bandcamp page.

The album kicks off with “Show Off,” which wears its grunge influences on its sleeve stitched together with a thread of psychedelia.

There’s biting and justifiable cynicism to the lyrics on “Show Off” that subvert the ethereal and whimsical tone that Noble sets  — “So what/ We conquered the earth for the dream/ Built a button the whole world bursts in/ With your threats on my nerve/ What a turn/ We meet another morning/ Sunrise/ Sunrise/ Laughs around the table.”

“The Rat,” takes elements of progressive rock and grunge to create a song that’s nuanced and deftly arranged with twists, turns, and a winding vocal melody that orbits around earworm guitar riffs.

To me, this song evoked an abstract feeling of looking outside yourself and clearly seeing your flaws. I don’t know if Noble intended this takeaway from the song, but the introspective themes present on the album seem to encourage listeners to take something away from the song. 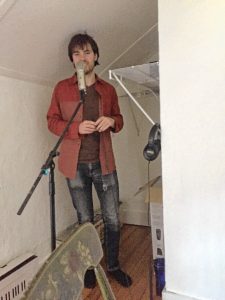 “One Degree Around the Sun,” is a folky pop song with an infectious vocal melody along with a story about an alien abduction that serves as an analogy about ideological beliefs, thoughts, and ideals — “Just before you wake up/ Just before the day starts/ Just before the aliens escape away/ With half your brain/ You were on a spacecraft/ You were fast asleep and/ You went on a restless ride/ Across the whole damn sky.”

“Follower” rails against our rat race capitalist culture with a sardonic sense of humor — I am the fool looking down in distaste/ But so are you in the end/ We’re caught in the middle of this race/ And we run it out of hunger/ I am a tool searching hard for its place/ I am a tool searching for its place/ You’re so unfit for this shape/ We’re caught in the middle of despair/ Only trials leads an answer.”

Much like the previous song, “Suckering” is a poisoned letter to capitalism, but one that’s more directly mocking and angry — “I’m okay/ With living this way/ Hard earned pay/ For fucking around while you slave/ On my ass/ While your world’s so fast/ Let it crash/ I’ll reap your gold from the ash.”

“Covert Narcissist” starts off as an acoustic grunge song that you might hear on Nirvana’s MTV Unplugged in New York from 1994, before it transforms into a psychedelic folk-rock tune with dreamy pop elements. It’s pretty obvious that this song has a political tone to it and equally obvious in regards to whom it’s probably about, but I’ll let you guess from the lyrics — “His money deceived you/ So phony could sweep you/ Right off your feet/ And into his squeeze/ Choosing your choices/ Losing your voice then/ It’s all your fault/ He yells in closed walls.” 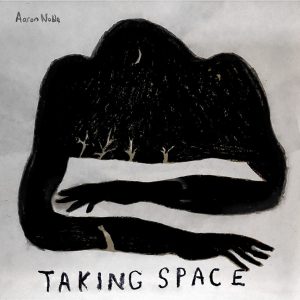 “Young little dreamers/ Suddenly on their feet/ Jumping to their dreams/ They fall in the forest/ Back on the old man’s path/ Visions through the leaves unfold/ Cosmic seas/ Tales untold/ Set your sails mate/ Always believe,” Noble sings with vulnerability and a gentle tone in his voice that’s reminiscent of a lullaby.

And with “Crickets” the album concludes on a tender note, full of yearning gained from introspection and confronting ghosts and phantoms. It’s the perfect culmination of the record’s themes where hard-won epiphany is realized with the song’s bridge, “Go follow through tomorrow/ Seize the mic/ But please don’t make this ruckus/ Out of nothing vital”

“Taking Space” is an album that steps into the musical traditions from the past 30-plus years, whether that’s grunge rock or indie pop, but ultimately tells its own stories. It’s a record for ruminating on life that’s concerned with the human psyche just as much as the way we choose to move through the world.

With a one man army of musical clones, tightly wound arrangements, and melodies that’ll stick in your mind for days, “Taking Space,” is an example of what one or just a few people can do when they pour their creativity into a project that succeeds at being a fun record while also having something to say.

Send your CDs, cassettes, or vinyl to Chris Goudreau at the Valley Advocate, 115 Conz St., Northampton, MA 01060. Chris Goudreau can be reached at cgoudreau@valleyadvocate.com.