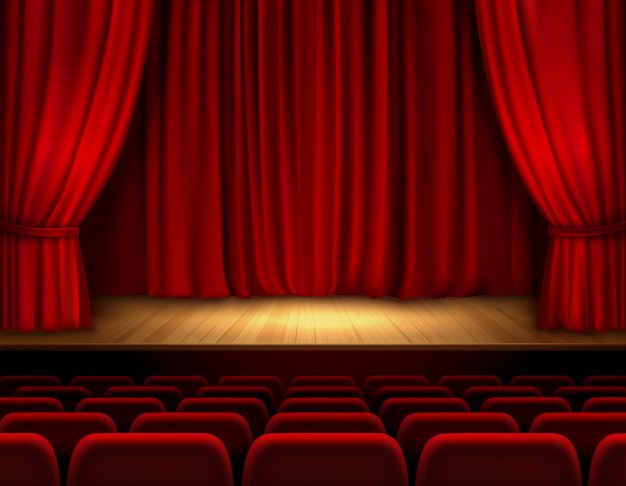 Yesterday afternoon I cancelled it when the cinema announced it’s closing until at least April 17th.

There won’t be a Stagestruck column in next week’s paper, but I can share with you what I know about the state of plays in area venues. There are cancellations and postponements, some events in the Valley are still scheduled for this weekend at least.

The Shea Theater will shut its doors until April, after tonight’s performance of iTMRW: A Sci-fi Ballet, from the experimental pop trio Arc Iris, which relates, in electronic music, song and movement, “the love story of Robert and his android partner, Jenny … against the backdrop of a world where advanced technology is both a source of, and a ‘cure’ for human alienation.” Info here.

The Majestic Theater is continuing its current run of The Pitch (my review is here), subject to decisions by “the local civil authorities,” while assuring patrons that the theater “has always maintained a clean environment” and cautioning ticketholders “who are not feeling well to not attend performances.” Check the theater’s website, or call (413) 747-7797 for updates.

Happier Valley Comedy is carrying on (God knows we all need a laugh), with revised policies. Besides “increasing sanitation throughout our theater … seating capacity for all shows is now reduced to 30 total (rather than 60) in order to allow for an empty seat between each patron and increased social distance.” Saturday’s Improvised Mockumentary is still on. Info here.

While most of the area’s colleges have cancelled on-campus classes and activities for the rest of the semester, UMass is currently suspending them only through April 3rd. So the rest of this month’s shows at the Fine Arts Center are off, but so far the rest of the spring season is still on.

The UMass Theater Department has cancelled the Rand Lecture with playwright Theresa Rebeck (scheduled for the 26th), and postponed, but not cancelled, its production of Mr. Burns: A Post-Electric Play, originally slated for next month. The Simpsons-inspired fantasy/musical will be the opening show of the 2020-21 season.

At Smith College, the mainstage production planned for this spring, The Penelopiad, an alternative Odyssey by Margaret Atwood, has been rescheduled for spring 2021.

Performances at the Academy of Music are cancelled or postponed through the end of this month. At this point, early-April events, including the Pioneer Valley Ballet’s Fairy Tale Double Header and An Evening with David Sedaris, are still on.  Info here.

Gateway City Arts is closed this weekend and into next week. “We are monitoring the situation closely,” they say, and plan to reopen food service next Wednesday, with live performances scheduled to begin again on the 24th. The Valley Voices Story Slam round (topic: “Nailed It!”) is still scheduled for April 2nd – currently sold out, but that could change. Updates here.

The Northampton Center for the Arts is cancelling all events “at which we were expecting 50+ people” for the rest of this month – which means some classes and other low-contact events will continue. Info here.| “We will re-evaluate toward the end of March and see if this policy needs to be extended, or not.”

PS – The UMass Arts Extension Service has posted a useful article for artists and organizations on Navigating Difficult Decision-Making in a Time of Crisis. It also includes a link to info about the Robert Rauschenberg Foundation’s Emergency Grants program, for media and visual artists and choreographers, for unexpected medical emergencies.

That’s all for now, folks.  Be wary, stay well, wash those hands, and I’ll be back in print next month.