‘It’s sort of hanging over everything’: Local doctor volunteering at Mexico border talks about coronavirus concerns at refugee camps 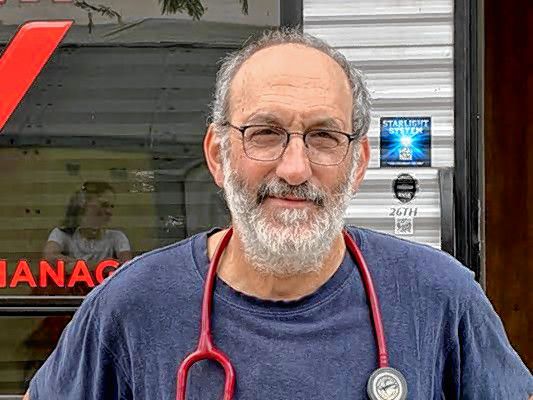 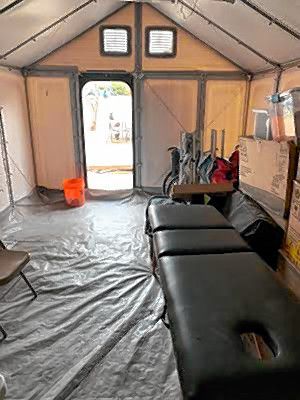 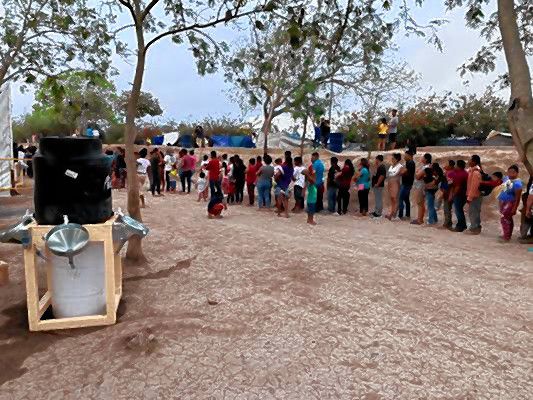 Asylum seekers lined up for food with a handwashing station nearby.

David Katz, a retired family practice physician from Northampton, arrived in Brownsville, Texas, on March 14 to help refugees across the border living in a camp in Matamoros, Mexico. 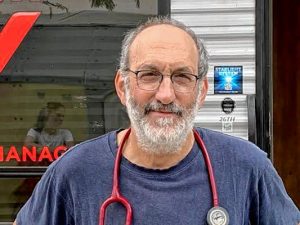 He planned on arriving with two other physicians, one of which is also from Northampton, but they canceled due to concerns about the coronavirus — and they aren’t the only ones. Three physicians from Massachusetts General Hospital who planned on arriving in the region next week, have also canceled.

“I believe that’s been a pattern,” Katz explained. “I’m told another group from New York at Columbia University recently canceled. I think it’s kind of a hospital policy. They don’t want their physicians to be exposed to coronavirus, therefore they’d be out of action. They wouldn’t be able to work. They feel like they’d be needed back home in Boston or New York, et cetera, bracing for whatever happens.”

Katz is a volunteer with Global Response Management (GRM), which is an international medical organization that started serving refugees and asylum seekers at the Matamoros camp in September 2019. Thus far, the organization has treated more than 3,000 patients for many ailments, including third-degree burns, influenza, pneumonia, and severe acute malnutrition, according to the organization’s website. Medical volunteers work in the camp seven days a week.

Katz, who is not speaking on behalf of the organization, said currently there’s a feeling of uncertainty regarding the coronavirus and how it would impact the mission to serve asylum seekers and refugees. 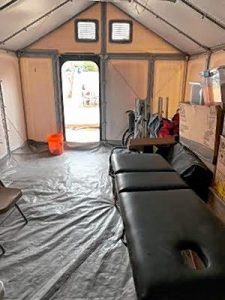 Andrea Rudnik, 58, a co-founder of Team Brownsville, an organization that provides asylum seekers with food, clothing, water, and basic life necessities, fears that if there are any coronavirus cases in the area the U.S-Mexican border would be closed, possibly for several weeks. She said the United States or Mexican governments might close the border, even without any cases, as a precaution.

“We know that looms over the encampment,” she explained. “Once a case is identified, that puts all of the asylum seekers at risk for the coronavirus, but also puts them at risk of the wrath of the community. They are already seen as people that are undesirable; people they don’t want there. The minute that there’s a sense that there’s an epidemic going on within the encampment, they’re going to want them to be gone even more so. They’re going to want them to be out of there.”

She added members of Team Brownsville are most worried that asylum seekers won’t be able to get the resources they need if the border closes. Also, if the border closes, those who are on the Mexican side might be left there for the long haul until it reopens.

Team Brownsville has also decided to reduce the number of its volunteers, asking those who are not local to postpone their trips.

Sam Bishop, project coordinator for Global Response Management’s efforts in Matamoros, who has been involved with the relief project along the border since February, said the threat of the border closing has been a concern.

“It might be a little more likely now,” he said. “But I do think if they close due to coronavirus fears, it is going to be temporary because generally, closing your border when a virus is already in your country isn’t a good method of stopping the spread, any more than drawing an arbitrary line across the state would be an effective method of stopping the spread of the virus. All it’s really going to do is make commerce and aid work more difficult.”

If the United States side of the border closes, the country couldn’t deny entry to its own citizens, he said. But if Mexico decides to close its side of the border, it might be more difficult for aid workers to return to their home country.

“We’ve made sure we’ve identified people who, if the border is going to be closed, are willing to stay, at least for the time being, permanently on the Mexican side,” Bishop said. “And we’re confident we have enough people to run at least our daily operations if that does come to pass.”

Bishop said the organization has already seen a large decrease in volunteers due to cancellations over the coronavirus.

“People like [Katz] are great because he’s recently retired,” Bishop said. “He doesn’t have to worry about what his hospital tells him he can or can’t do.”

Katz explained that another colleague of his from Northampton, retired physician Andrew Mackey, had been treating refugees in Matamoros during the week prior. With less physicians arriving than planned, his colleague decided to extend his stay.

“He’s been here for a week and a half. I think he’s leaving tomorrow,” Katz noted.

Katz explained that he asked other volunteers what life was like a few months ago before the coronavirus pandemic.

“Even two weeks or a week ago, it was not a big concern,” he said. “All of a sudden, things have escalated everywhere in the country and around the world. There is some concern as well as perhaps fear. So, far it hasn’t affected us. Even though two people canceled, it feels like we have enough physicians here.” 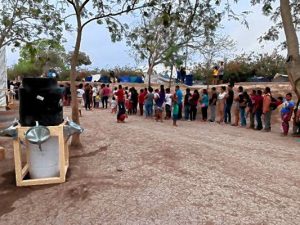 Asylum seekers lined up for food with a handwashing station nearby.

Katz said he’s had a request to extend his stay in the region, but is uncertain at this time if it would be possible for him.

On the morning of March 17, Katz was preparing for his third day treating refugees and asylum seekers at the camp.

“People come in and they sign in and get their vital signs taken in a little triaging,” he explained. “And then we have some larger tents, which serve as a waiting area for people waiting to be seen. We call patients in one by one. Unless, somebody’s fairly proficient in Spanish, then we use interpreters. So far, everyone who I’ve seen is Spanish speaking … We do our usual medical routine. We take their history and examine the person.”

There are electronic medical records set up as well as a “pharmacy of sorts,” Katz said, noting that many of the people he works alongside are asylum seekers themselves, including a staff physician who is originally from Cuba.

“For problems that we cannot handle, there are mechanisms for sending people to a local hospital on the Mexican side of the border, which will accept patients,” he said.