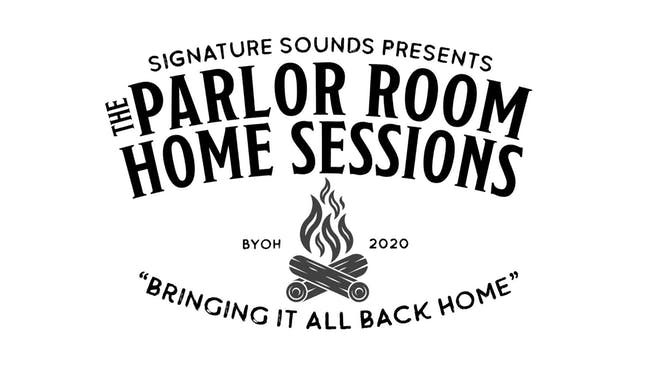 Still not much going on these days in terms of live performances, but there are a few if you know where to look. Here is a hybrid staff picks from the Advocate with a livestream concert, a weird movie, and a couple of TV shows to enjoy. — Dave

The Parlor Room, one of the Advocate’s partners for Advocate Sessions, is experimenting with a different kind of concert series following the closure of public events. They are calling them Home Sessions. Much like Advocate Sessions, which are available at sessions.valleyadvocate.com, Parlor Room’s Home Sessions feature local musicians playing performances on video, but they are livestreamed. This Friday at 8 p.m., awesome offbeat multi-instrumentalist Suitcase Junket will perform. It’s a free show, but donations will be accepted via Venmo or Paypal. More information is at signaturesoundspresents.com. —Dave Eisenstadter

In season one of The Wire, viewing audiences get a look into how the Baltimore Police Department builds a case against a criminal organization from the perspectives of both the detectives, who are often hampered by their own department, and from different levels of the criminal enterprise — from the street level to the head mobsters. Written by former Baltimore police reporter David Simon and former homicide detective Ed Burns, the show takes an unforgiving look at the whole socioeconomic system of law enforcement, the courts, low-level drug dealers, violent mobsters, and the fine lines that separate them all. When detectives start following the money, politicians step in and intervene. The show is dense with plot threads and the dialogue is full of esoteric language and slang, but for those looking for a show that demands a little work, the payoff is well worth it. Find it streaming on HBO GO or Hulu. —Luis Fieldman

Japanese filmmaker Juzo Itami cooked up an eccentric tale that many describe as a “ramen western” in his 1985 film Tampopo. At first Tampopo’s plot is pretty simple — a passing truck driver helps a noodle shop owner on her quest to make the perfect bowl of ramen that’s equal parts a surreal slapstick comedy and an underdog story akin to “Rocky.” But there’s more to the film, as it weaves vignettes throughout the main story that are hilariously satirical, filled with genre-hopping adventure, and philosophical musings on the human condition. Tampopo is one of my favorite hidden gem films that I decided to watch because it seemed interesting. And like a hot bowl of ramen, it’s comforting and satisfying. — Chris Goudreau

I’m not much of a TV guy, but I recently discovered a New Zealand show called “Brokenwood,” a crime series that first premiered Down Under in 2014 and is now into its sixth season. I’ve been watching the first three seasons on DVD after a friend of my wife loaned them to us. It’s a quirky show that might be called a “dramedy” — there’s plenty of crime, but there’s also a good amount of wry humor, especially between the three principal characters: lead inspector Mike Shepherd, a somewhat rumpled older guy who’s got a strange penchant for country music; Kristen Sims, a young female detective who’s both sharp and a bit cynical; and Sam Breen, a young detective who regularly has awkward visits with suspects. The episodes are notable for their movie-like length — 90 to over 100 minutes — and the bizarre crimes that crop up regularly in Brokenwood, a small town north of Auckland, New Zealand’s largest city. If you’re tired of ultra-serious cop dramas filled with shootouts and car chases, this bit of Kiwi humor — and Kiwi accents — is worth a look. —Steve Pfarrer