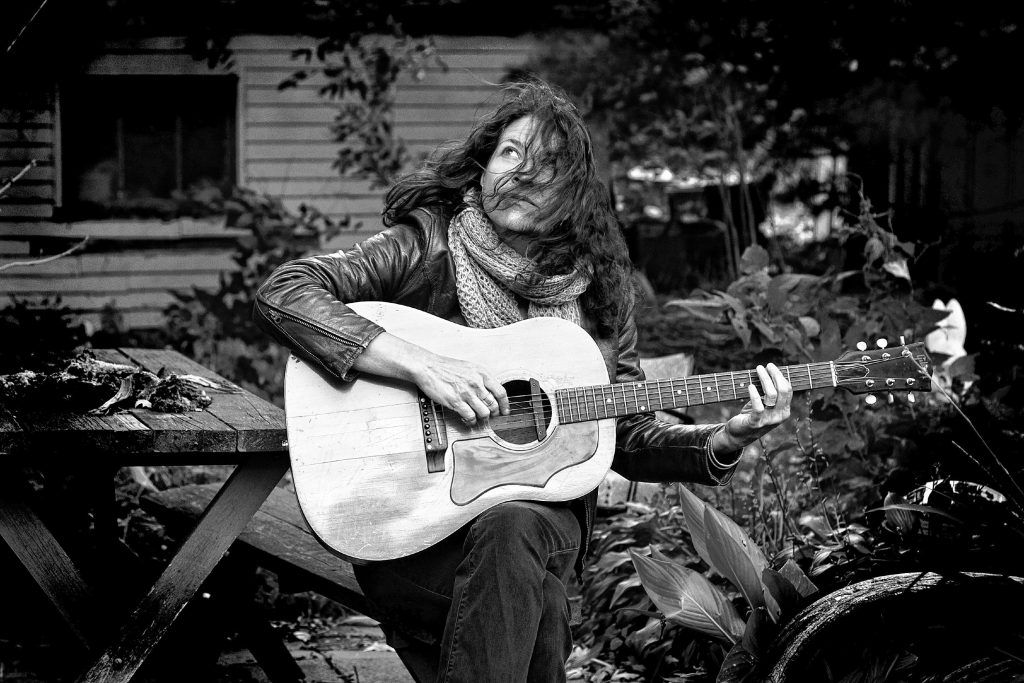 Singer-songwriter and instrumentalist Kris Delmhorst is one of numerous musicians who have been part of Signature Sounds’ livestreamed music series. 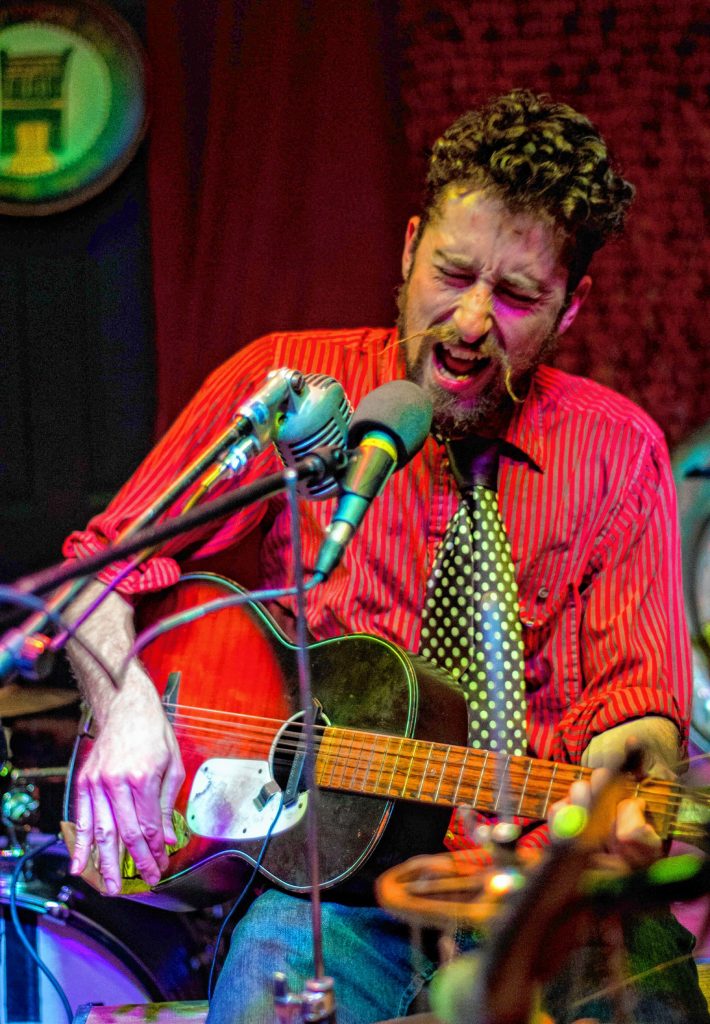 Matt Lorenz, otherwise known as The Suitcase Junket, did a recent livestreamed show from his home as part of Signature Sounds’ Home Sessions. 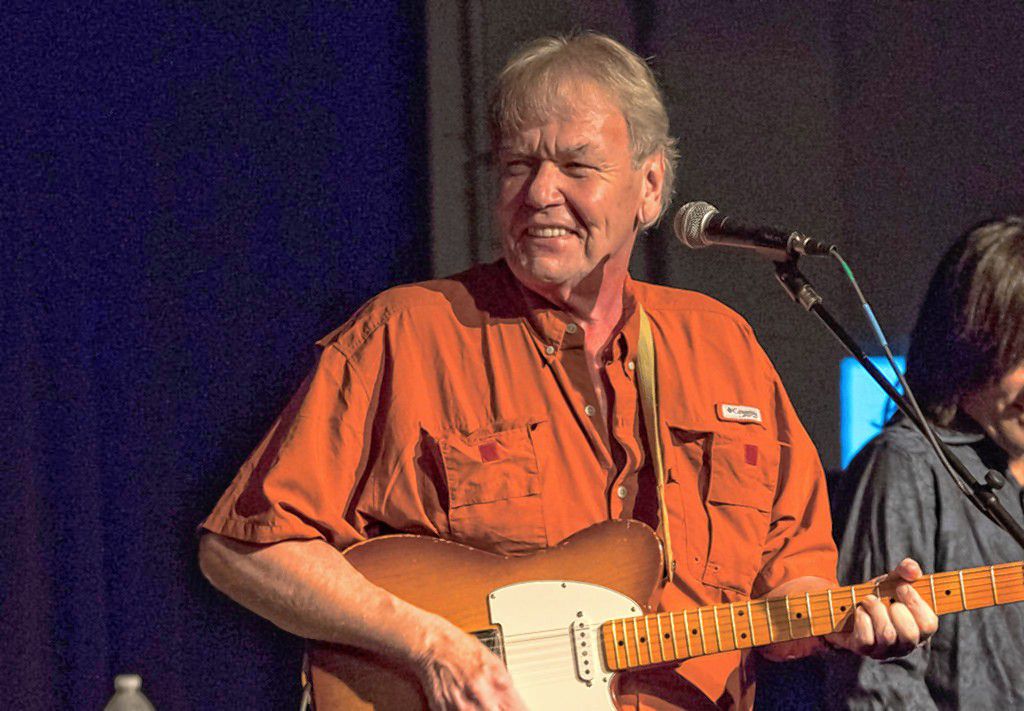 Big Al Anderson, once a key part of New England favorites NRBQ, weighed in from his New Mexico home earlier this month as part of a live-streamed series of shows produced by Signature Sounds.

Kris Delmhorst, holding an acoustic guitar in her lap, wore a hopeful smile as she sat recently in a room in her Shelburne Falls home and stared into a video camera.

“I’m here,” she said. “Are you here? I think we’re here together, people … thank you for coming.” 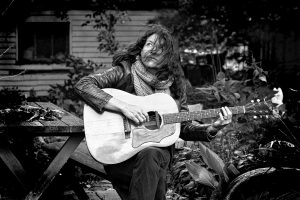 Singer-songwriter and instrumentalist Kris Delmhorst is one of numerous musicians who have been part of Signature Sounds’ livestreamed music series.

Like so many musicians who have seen their gigs canceled because of the COVID-19 outbreak, Delmhorst, a veteran singer-songwriter on the Signature Sounds label in Northampton, has turned to live-streamed performances to try and make a bit of money and to connect with fans. And with the help of that label, she and others are finding some success.

Jim Olsen, Signature’s president, says what’s called the Parlor Room Home Sessions had, as of April 20, netted over $37,000 for musicians who have taken part in 13 live-streamed performances since March 20, thanks to online donations made to the artists during or after their shows.

“We didn’t really know what to expect when we started this up, but so far it’s been good,” Olsen said in a phone interview. “It’s really helpful [for musicians] … A lot of people don’t realize what a financial burden it is” when they’re shut out of their gigs.

Additional donations have gone to Signature Sounds to cover marketing and technical costs for the live-streamed shows, Olsen said (total donations are split 70/30 between musicians and Signature). It also gives the label a small revenue stream when its producing arm, Signature Sounds Presents, has had to cancel all its shows, most notably at The Parlor Room itself.

“It also gives us something to do, so we’re all not just sitting around twiddling our thumbs,” he said.

Jared Libby, the sound engineer of Parlor Room shows, has handled the technical work of getting the musicians set up to do the online shows. “Some of that’s involved a lot of coaching,” Olsen noted. “But this format also allows us to reach out to [musicians] in other parts of the country.”

Case in point: Big Al Anderson, at one time the guitarist and a key songwriter for New England favorites NRBQ, now lives in New Mexico. Previously a successful songwriter in Nashville, Tennessee for many country artists as well, Anderson and his band, The Floor Models, were scheduled to play at Gateway City Arts in Holyoke May 1. With that show postponed, Anderson was happy to do a remote show, Olsen said. 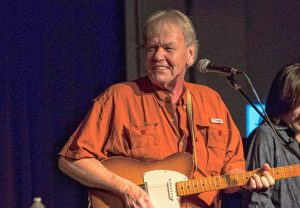 Big Al Anderson, once a key part of New England favorites NRBQ, weighed in from his New Mexico home earlier this month as part of a live-streamed series of shows produced by Signature Sounds.

Accompanied by a bass player, Anderson did just that April 9, playing an acoustic guitar in what appeared to be his living room and running through a host of songs, including an old NRBQ favorite, “Riding in My Car,” and the Chuck Berry-flavored rocker “It Came From the South.”

The informality of the shows, which air at 8 p.m. and can be viewed at Signature’s website, Facebook and a few other platforms, offers a genuine appeal, with musicians able to take song requests and get “instant feedback,” as Olsen puts it, from people watching online.

“They’re finding that’s one of the best things about the whole process,” he said.

Delmhorst, who’s released several records on Signature Sounds and collaborated with many other musicians, at one point played an early John Prine song, “Fish & Whistle,” to mark the seminal folksinger’s recent death, and she ended her set by thanking Signature, The Parlor Room and various people — as well as “the internet, for being a thing” that enabled the show to take place.

Matt Lorenz, otherwise known as the one-man band The Suitcase Junket, offered another down-home gig in late March, rocking his beat-up but resonant acoustic guitar (and doing some of his patented Tuvan throat singing, which sounds a bit like whistling). At one point he offered up a new song — inspired by a news story about the infinite expansion of the universe — and warned that “This one’s got the F-word in the first verse, so cover your ears, kiddos.” 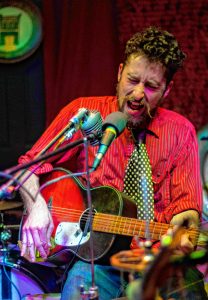 Matt Lorenz, otherwise known as The Suitcase Junket, did a recent livestreamed show from his home as part of Signature Sounds’ Home Sessions.

Some of the musicians in the series, such as Delmhorst and Lorenz, are on the Signature Sounds label, while others, like Americana songwriter Mark Erelli, have been regular performers over the years at The Parlor Room or at other Signature-produced shows in the Valley. “We have a lot of artists we can draw on,” said Olsen.

Hard as it is for everyone involved not to be playing live, he notes, there’s something of a small silver lining when it comes to the logistical element of arranging live-streamed shows. “It’s something you can set up with just two or three days notice, compared to all the planning that goes into” live music.

There are eight more shows scheduled at the moment between April 23 and May 21, including one with Northampton singer-songwriter Heather Maloney and another with Grammy winning singer-songwriter and multi-instrumentalist Tim O’Brien. Olsen says more shows will be added “as long as we are where we are.”

More information on the live-streamed series, including making a donation, can be found at signaturesounds.com/homesessions.