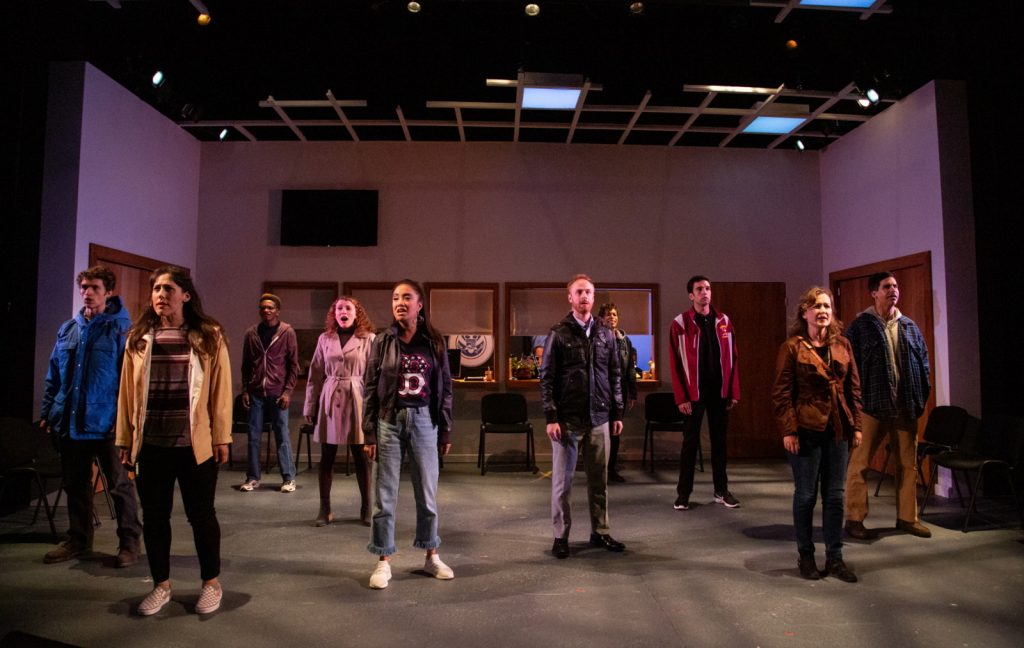 “I’ve never missed uncomfortable theatre seats (and airplane seats, for that matter) more in my life,” Angela Combest wrote me recently. She’s the publicist for Chester Theatre Company, which, like almost every other theater in the region, has canceled its summer season in this crisis year. To my knowledge, only three Valley theaters and two in the Berkshires are planning any live performances before September.

While theaters nationwide have stepped up with streaming videos of old performances and new online experiments, the images flashing behind the glass wall of your TV or computer just can’t replace the permeable fourth wall of live performance. As summer approaches, theater folks – patrons and performers alike – are longing for the proverbial smell of the actors’ greasepaint and the roar of the in-person crowd.

In the shadow of darkened theaters, a few companies are forging plans for live performances later this summer, some of them still tentative, others with shows on the calendar and strategies for safely sharing space.

In the coming weeks, this column will appear here irregularly while the Advocate is on indefinite hiatus. I hope to be covering upcoming performances, especially live ones, as the ghost lights hopefully begin to go out and the spotlights turn on again.

Meanwhile, here’s a preliminary rundown of the theaters I know of that are planning live-in-person performance before summer’s end.

In the Valley, Eggtooth Productions recently commissioned eight original works in a variety of media by local artists. One of them is Jack Golden, who is planning a “drive-in” performance in downtown Greenfield, possibly later this month or early June. It’s a one-man show with the audience socially distanced – in their cars. Under The Stars, he says, “combines clown, improvisation and shadow play, and is a celebration of the multitudes contained in each one of us.”

Eggtooth is also producing a series of “Promenades” created by immersive-theater master John Bechtold. These “audio-curated walks for uncertain times” take their audience, alone or in couples or family groups, on a stroll through outdoor locations, shaped by voices from a downloadable app. The first Promenade, “(Over the Still World),” in the Larch Hill Conservation Area in Amherst, is available now.  I’m planning to take the ramble, and will report back here.

Double Edge Theatre is preparing a “physically distant, socially together” restructuring of its annual Summer Spectacle, scheduled for late July and August on their Ashfield farm. Participants in small groups will “interact with the land, visual installations, and small scenes from the past, as well as a look toward what we can create together in the future.”

Also in Ashfield, Pauline Productions has tentative plans for an as-yet-unnamed performance – “a theatre adaptation of a piece of literature,” Jeannine Haas told me, presented outdoors “for an audience sitting six feet apart, wearing face masks and” – in a mysterious aside – “possibly eye patches.”

In the Berkshires, Shakespeare & Company has moved its summer schedule into next year’s calendar and the Williamstown Theatre Festival will present audio-only recordings of the scripts that would have been its seven-play season, available on Audible. Jacob’s Pillow dance festival is cautiously promising to “make every effort to try to bring audiences together” in some form in August.

But two companies are committed to mounting live greasepaint-and-roar late-summer performances in their theaters.

Barrington Stage Company will reopen in early August, with the audience in divided seating and facemasks, for a two-week run of Harry Clarke, David Cale’s one-man play about a personable con man leading a double life. It stars Barrington favorite Mark H. Dold and runs August 5-16. The following weekend there will be an outdoor concert performance, at an as-yet-undetermined Pittsfield venue, of South Pacific, the musical that was supposed to open the mainstage season in June.

In her announcement of BTG’s revised plans for live performance this summer, artistic director Kate Maguire tapped into humanity’s hard-wired need for connection, quoting from Samuel Beckett’s Waiting for Godot (perhaps the first time that grim parable has been employed in the service of uplift):

At this place, at this moment of time, all mankind is us, whether we like it or not. Let us make the most of it, before it is too late!