Stagestruck: In the Zoom Room, part 1 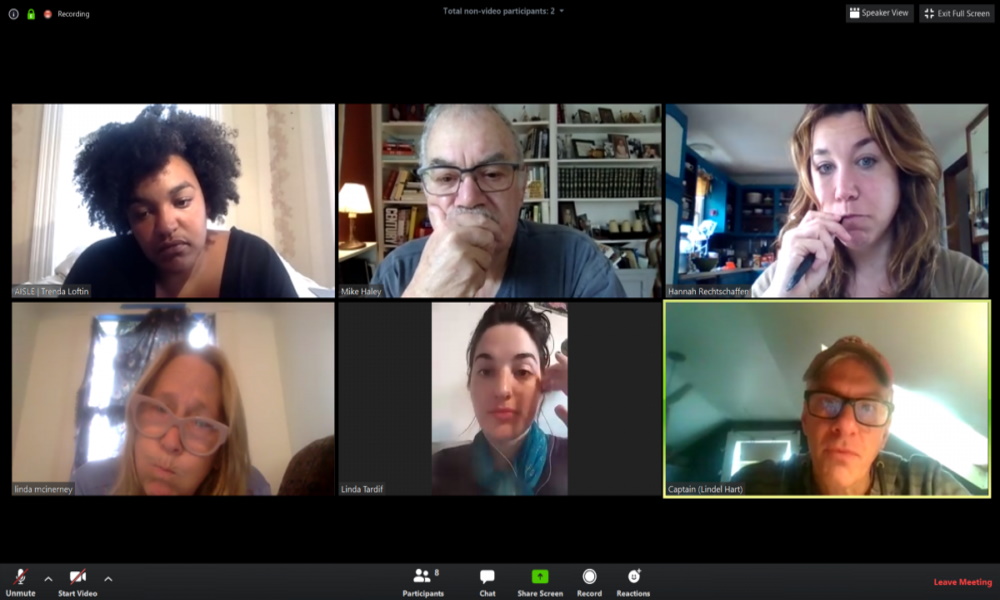 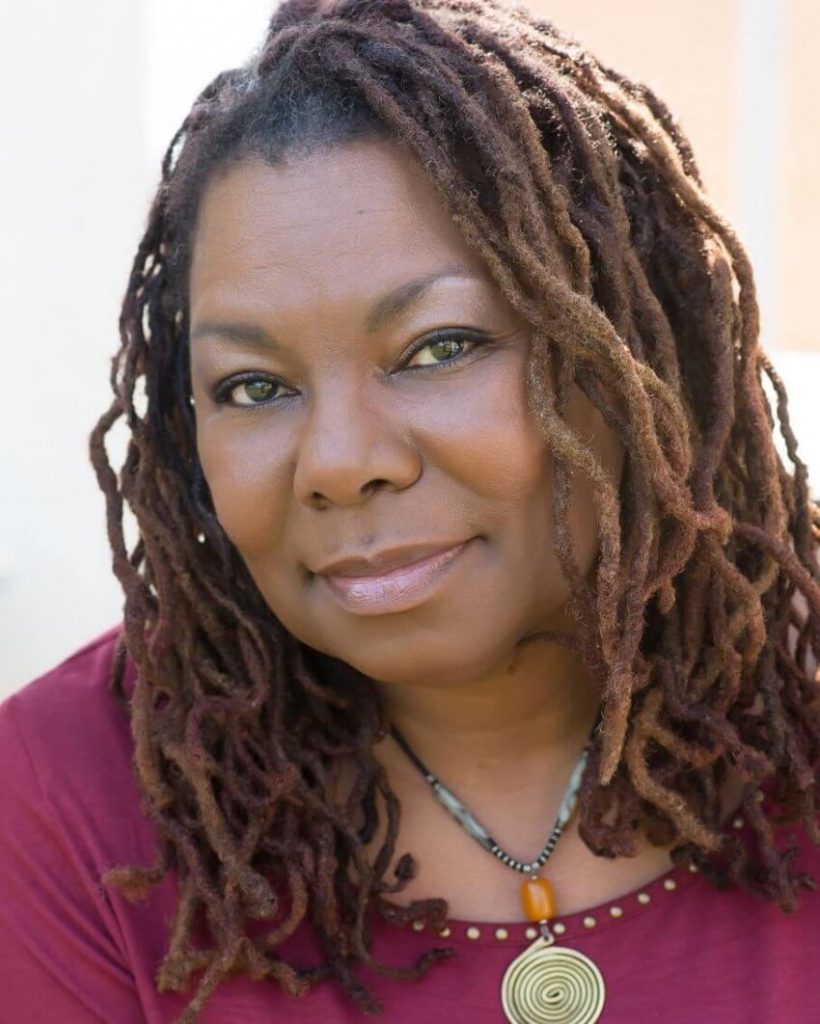 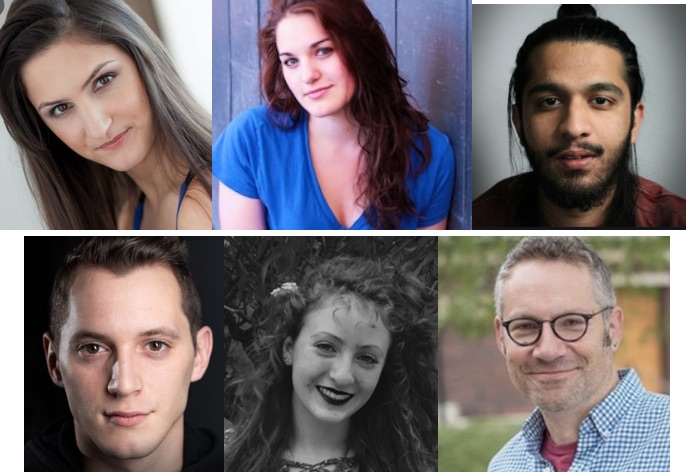 Phase Two of Massachusetts’ staged reopening started this week, lifting some restrictions on public activities such as dining, swimming and hairdressing (really??) but not on live performance. That no-no doesn’t lift till Phase Four, which won’t come along till late July at the earliest.

In the past couple of months, performing artists have found ingenious ways to sort-of practice their craft in their own rooms for unseen spectators. Sure, these performances are not really theater, an art that can’t exist in its truest form without the communal give-and-take of actors and audience. But despite some despairing forecasts that this pandemic will kill the theater, these makeshift performances and their eager audiences are proof in themselves that the flame won’t be extinguished by some pesky plague.

Here in the Valley, at least three companies I know of are keeping the embers glowing with on-screen performances of plays written for or adapted to the online format.

Eggtooth Productions is currently streaming a 10-minute topical comedy (see it here). This Is Your Captain, by Northampton-based playwright James McLindon, was one of the winners in Eggtooth’s recent round of mini-grants for new artworks suited for and/or responding to the current crisis. It takes place on board a commercial airliner which has just caught fire. Two of the passengers (Trenda Loftin and Hannah Rechtschaffen) are alarmed, but the man in the window seat (Mike Haley) isn’t bothered, and neither is the captain (Lindel Hart), who refers to the flames licking at the wings as merely an unusual “glow.”

It doesn’t take long to catch onto the playwright’s satirical intent. The smarmy flight attendant (Linda Tardif) won’t take the passenger’s concern to the captain because it would take too long to explain and “he doesn’t like long briefings.” The man in the window seat thinks the newly rescinded safety regulations that would have prevented this crisis were just “rigamarole” and that everyone should just get used to the new reality.

This Is Your Captain is brief, snappy and up to date, as the jetliner we’re all strapped into spins out of control with a dangerous fool in the pilot’s seat.

Even more immediate is The Magic City Massacre, a multimedia musical about the 1921 “race riot” in Tulsa, Oklahoma, an explosion of white violence that destroyed the city’s prosperous black community. The Ko Festival is producing an online performance of selections from Deletta Gillespie’s play this Friday, June 19th – an appropriate date, as it’s Juneteenth, the traditional celebration of the end of slavery in the U.S., and the day before the captain of our burning national vessel is due to address a mob of window-seat passengers in the very city where the Tulsa Massacre took place.

This is a sliding-scale pay-what-you-can event. Like almost all of the area’s theaters, Ko has had to cancel its summer season, but they want to pay the actors and the playwright for their work. Info and tickets here.

In contrast to these other offerings, Pride@Prejudice has nothing on its mind but romance and folly. Yes, that’s an @ in the title. Written by Chester Theatre Company’s Daniel Elihu Kramer, it was conceived as a condensed staging of Jane Austen’s Regency-era romp Pride and Prejudice, punctuated by online questions and comments by students who are studying the book in school.

Silverthorne Theater Company planned to give it a staged reading this month, and when the “staged” part of it became impossible it was reconceived as a study session in a Zoom Room, where the students discuss the book and act it out. (Disclosure: I’m directing it.) 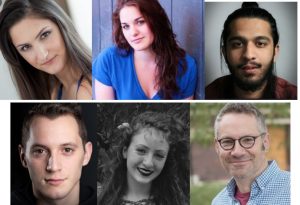 The production, in which five actors play 22 roles in 26 scenes, with music and graphics, tests the limits of the Zoom platform, which was designed for meetings, not performances, and hasn’t yet taken the hint. Here, the default “Hollywood Squares” format gives way to multiple configurations as actors pop in and out of the action, switching among their various characters and student personas while Covid-sheltering in their bedrooms.

Featuring Carissa Dagenais, Abuzar Farrukh, Christopher Rojas, Teva Skovronek and Linda Tardif, it streams free on Facebook (link here) this Thursday, June 18, at 7 pm, followed by a live Q&A with the playwright, director and cast. It will be there and on Silverthorne’s website for a while after that.

Next week in Part 2:  Lullaby of Zoomland from Rise Up Productions, An Evening with Ruth Draper from Silverthorne Theater, and ….?

Note: While the Valley Advocate remains on indefinite hiatus, Stagestruck will continue posting occasionally. Write me at Stagestruck@crocker.com to receive notices when new pieces appear.