Stagestruck: The Hills Are Live – UPDATE 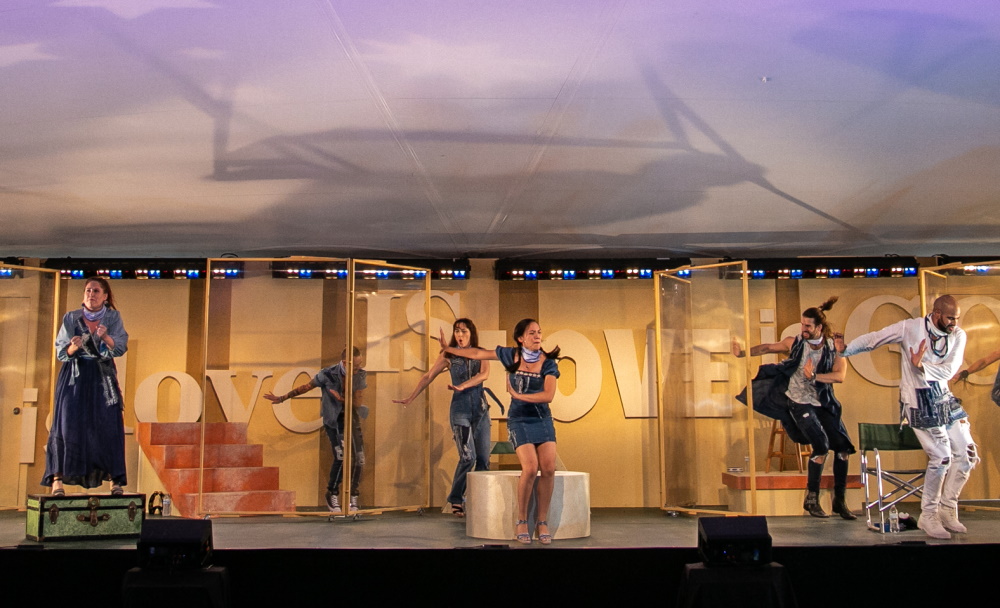 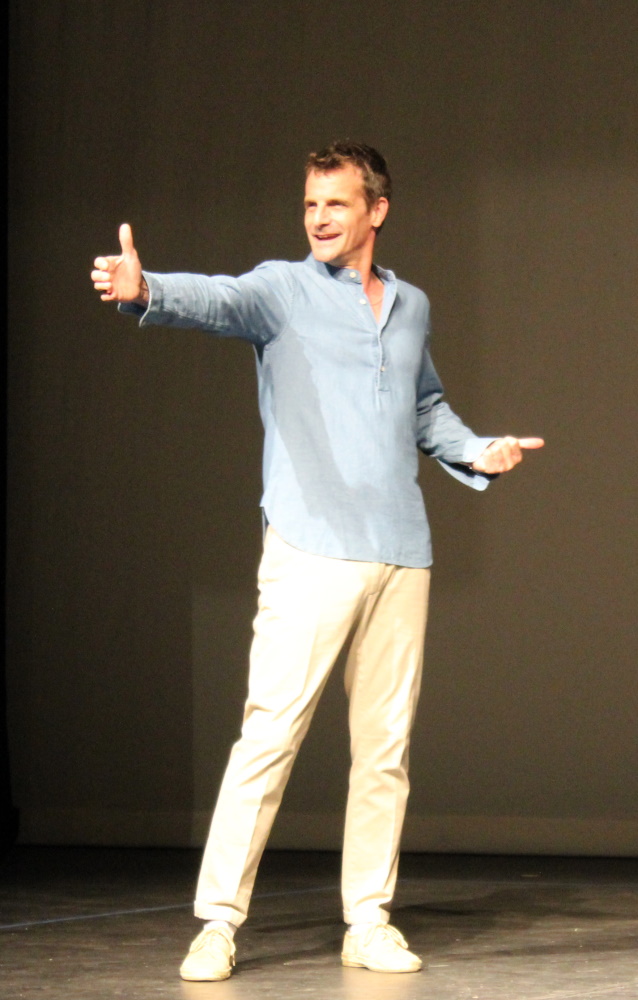 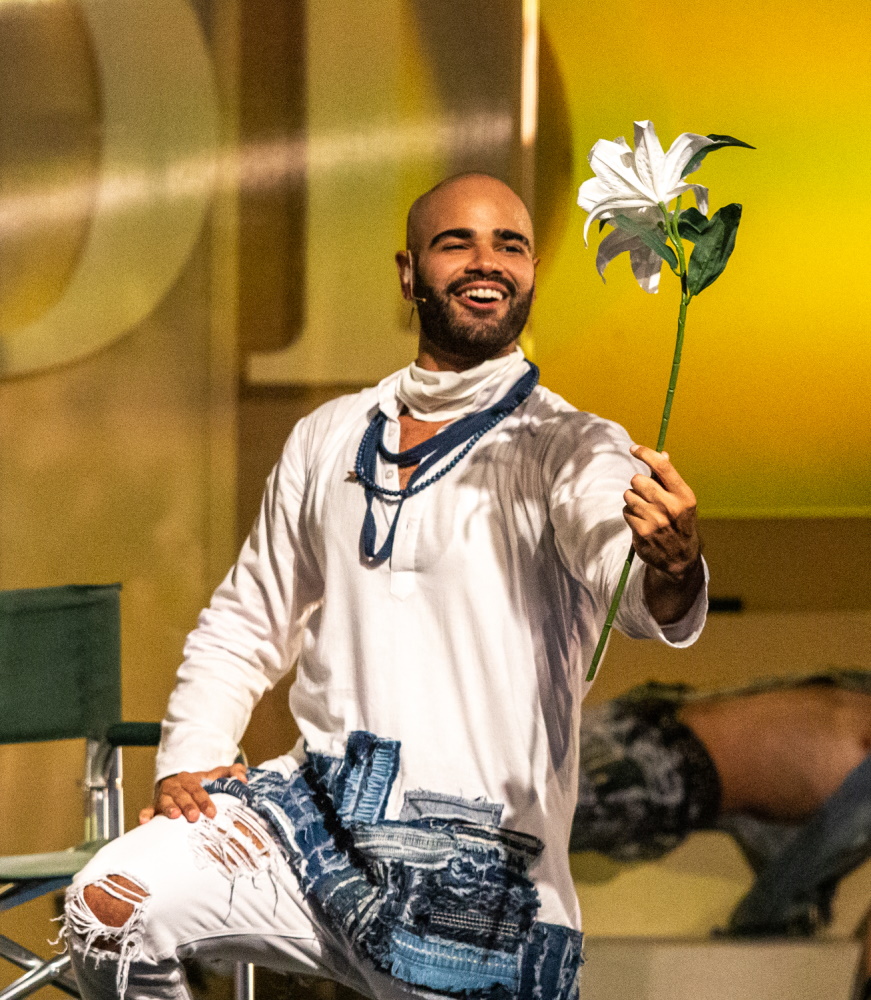 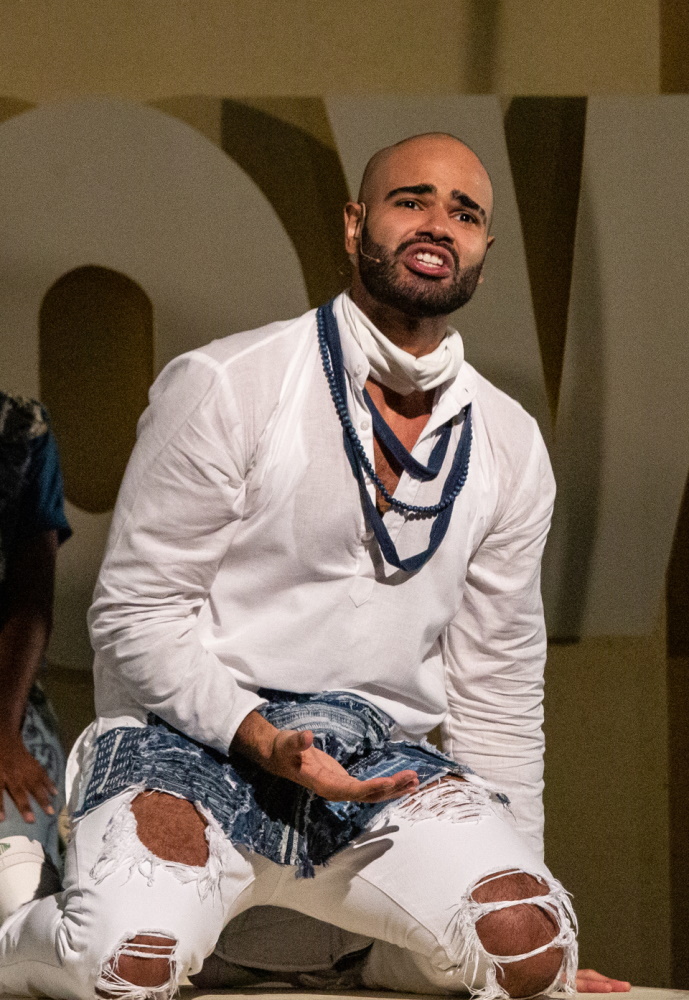 August 13 update: Just as this piece was about to be filed last week, Barrington Stage Company and Berkshire Theatre Group, the first-in-the-country theaters to reopen with live performances, received another blow to their well-laid plans. Following on from the reversal of their indoor-performance authorization last month, the Governor reduced the limit on attendance at outdoor events from 100 to 50, cutting BSC’s audience capacity in half and BTG’s by three-quarters.

The new protocols, effective this week, were a necessary response to the crowded parties that had broken out as restrictions were lifted, but should not apply, the theaters argued, to these outdoor venues following stringent guidelines in the least Covid-affected part of the state. As BSC’s Julianne Boyd told me, “We are a little different from a party on Cape Cod with 100 young people carousing!”

The theaters’ appeal for exemptions was denied.

BTG issued a tight-lipped statement promising to adhere to the order and to continue, “as we have from the beginning, to observe the strictest safety protocols.” Yesterday a disappointed Julie Boyd lamented the state’s broad-brush approach that punishes both reckless private gatherings and Berkshire audiences “sitting masked, under a tent, six feet apart, with super safety measures in place, watching a play that could lift their spirits and help them transcend their everyday experiences.”

Both companies’ current productions are continuing in Pittsfield under the new rules. BSC’s one-man Harry Clarke plays through this weekend and BTG’s Covid-adapted Godspell runs through Sept. 4. Both are now sold out, but BSC’s concert production of South Pacific, August 19-29, has (socially distant) seats available, as do the fall shows coming up at each theater.

Live theater returns to the Berkshires this week, not exactly as planned but live and in-person after months of shutdown. Barrington Stage Company and Berkshire Theatre Group  were the first two theaters in the country to receive the blessing of Actors Equity for their members to perform live, and both companies have been preparing productions that adhere to the union’s and the state’s Covid-safety protocols.

BTG, which had planned to reopen both of their Stockbridge stages this month, has since dropped one show and will perform the musical Godspell under an open-air tent in downtown Pittsfield. BSC was poised to open its Covid-remodeled mainstage this week with the one-man comedy-thriller Harry Clarke, in line with Stage 3 Step 2 of the state’s phased reopening plan allowing indoor performances. But when that permission was suddenly withdrawn late last month because of the state’s recent uptick in Covid cases, that show was forced to move outdoors as well. 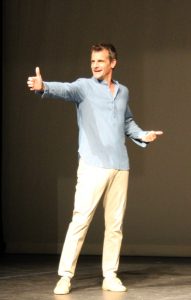 “It’s disappointing that the Governor didn’t see us as a separate entity,” Julianne Boyd, Barrington’s artistic director, told me the other day. “Berkshire County is doing well, has been doing well since early April, with very low [coronavirus] rates.” (Most of the new infections have indeed come in Eastern Mass., and total cases in the Berkshires are even lower than Hampshire County: Northampton, with two-thirds the population of Pittsfield, has seen 50 percent more cases.)

The reversal was particularly frustrating because BSC had gone to great lengths – and expense – to make their theater Covid-safe, from removing every other row of seating to installing touchless bathroom fixtures. And the show they’ve chosen is about as socially distant as you can get.

Harry Clarke requires one performer and no backstage crew. David Cale’s 2017 off-Broadway hit is a one-man, multi-character play about a personable con man leading a double life – a man to whom lying is the same as breathing and who may well believe his own fictions (insert obvious comparison). It stars Barrington favorite Mark H. Dold and runs August 5-16 on the grounds of Pittsfield’s Polish Community Club.

The following two weeks, the same tented venue will host concert performances of South Pacific, the musical that was supposed to open the mainstage season in June. Ticket sales are going well and several performances of both shows are sold out.

“People want to get out,” Julie Boyd told me. “It’s so important to have live theater now. I don’t get the same from a Zoom performance,” she confessed. “I admire and applaud them, but when we can get people into a space together, it will uplift their spirits.”

In contrast to BSC’s pared-down approach, the Berkshire Theatre Group’s Godspell has a company of 25, including a ten-member cast and a three-piece pit band. First scheduled for the indoor mainstage before the virus hit, the show will now be staged outdoors adjacent to the group’s Colonial Theatre in Pittsfield. That shift has yielded a completely new concept. 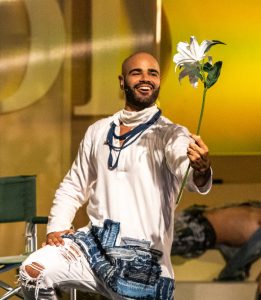 “It’s a piece that speaks to us about coming together,” BTG’s artistic director Kate Maguire told me. In Stephen Schwartz’ Jesus-rock musical, a ragtag band of seekers gather around a young, charismatic preacher. “Their lives are all in chaos, they’re in heartache,” she said – a premise that reflects our present circumstances.

Director Alan Filderman has reconceived his staging to frankly acknowledge the new reality. Because Covid rules require social distancing even onstage, the outdoor platform has been fitted with transparent rolling screens to delineate performance spaces, and the cast of young professionals pull up their facemasks when they are less than six feet apart. The entire company is tested three times a week and adheres to “strict guidelines,” Maguire assured me. “We’re operating with different sets of responsibility now.”

An upcoming article in The New York Times calls the Berkshire productions “de facto public health experiments. If they succeed, they could be a model for professional theater during this period of peril.” That’s a pretty loaded if, since, as Kate Maguire said, “If someone falls ill we’d have to think about closing the show.” Pondering that same if, Julie Boyd said, “I hope somebody gives us credit for just trying to make live theater.”

And so the experiment unfolds, as the Godspell song puts it, “Day by Day.”

Note: The weekly Pioneer Valley Theatre News has comprehensive listings of what’s on and coming up in the Valley. You can check it out and subscribe (free) here. http://www.pioneervalleytheatre.com/