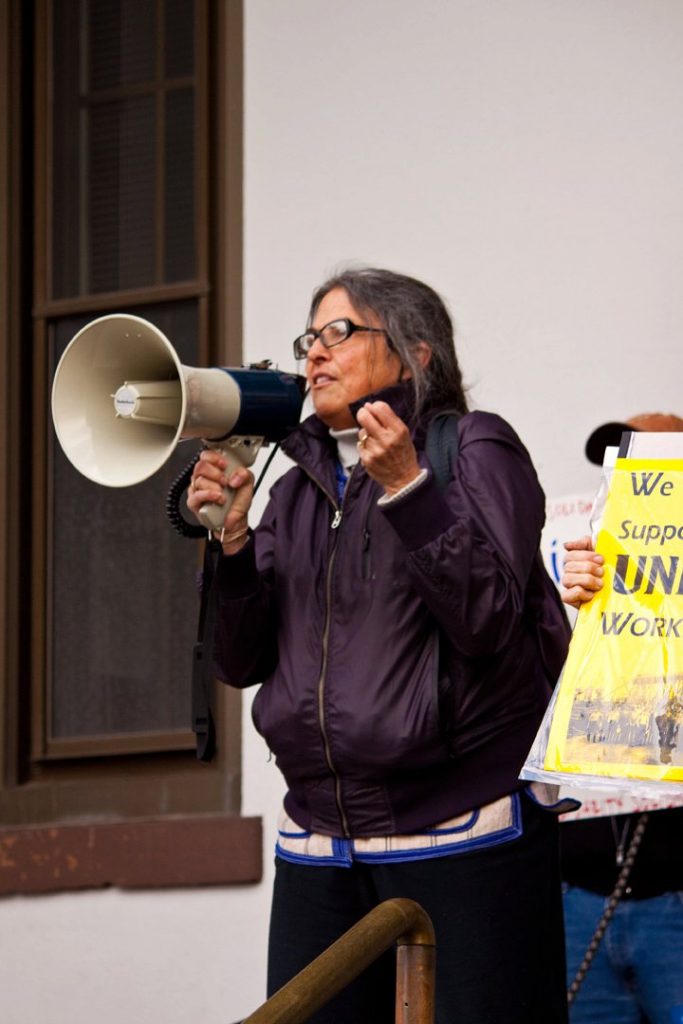 “I can hear my brother crying I can’t breathe,

Now I’m in a struggle singing I can’t leave … ”

For many years I was a doctor in Springfield. I treated hundreds of patients, young and old, for asthma. It was painful to confront them in respiratory distress, audibly wheezing, struggling to get their next breath, anxiety on their faces, their chests raised and distended, pushing air out through pursed lips.

At a certain point in my own life, I ended up in the emergency room severely short of breath from wheezing. I remember thinking in resigned terror that if this was the new normal, I would rather die than go on.

It is that dangerous and sometimes deadly experience that the Asthma and Allergy Foundation of America addressed when, for two years in a row in 2018 and 2019, it named Springfield, Massachusetts the Asthma Capital of the Country. “The area has the highest number of asthma-related emergency room visits in the U.S., as well as a high rate of asthma prevalence overall,” the Foundation wrote.

That means an outsized proportion of people in the city experience a kind of agony that no one should have to face. Almost 1 in 5 children and adults have asthma and the chances of suffering the disease are much worse if you are African American, Latino and/or poor. Latinos 65 or older in Springfield are 8.8 times more likely to be hospitalized for asthma than whites.

Polluted air means worse asthma for any community. Though Springfield’s air has been cleaned up significantly over the decades, Hampden County still gained an F rating for levels of the respiratory toxin ozone this year.

So when, in 2008, Palmer “Renewable” Energy proposed building a 35-megawatt, $150 million wood-burning power plant next to a low-income East Springfield neighborhood, Michaelann Bewsee of Arise for Social Justice said, “Enough.” She acted in defense of those whose breathing was already challenged by the city’s pollution, now facing further assault on its air quality.

Though the plant had immediately been granted a special permit by the city, she began a movement to oppose its construction. The local resistance led by Arise and then teenager (now Springfield City Councilor) Jesse Lederman educated and mobilized a previously unsuspecting city about the pollutants — particulate matter (PM), nitrogen oxides (NOx), carbon monoxide (CO), sulfur dioxide (SO2), carcinogens like benzene and heavy metals including lead and arsenic — that would spew from the smokestacks and be breathed by all, but in greatest potency by those closest to the plant. The coalition that formed sought new votes by the City Council and other agencies, appealed decisions and filed lawsuits.

A model for others

The struggle became a model for environmentalists fighting climate change as well. New studies showed that woody biomass, considered at the time by many a cleaner alternative to the burning of fossil fuels, actually releases more greenhouse gases per unit energy produced than coal.

Though presented as “renewable” because new trees can be planted, in fact it takes decades, to over a century, for those young trees to absorb the excess carbon dioxide that is released instantaneously when their arboreal forebears are burned for energy. In the brief timetable we have to eliminate greenhouse gas emissions and increase their natural storage to successfully combat the worst effects of climate change, biomass is a huge lose-lose proposition.

Despite active opposition by the community and legal challenges to its permits, Palmer prevailed in the courts in 2015. However, construction did not begin on the Springfield plant, because it did not qualify for renewable energy credits under MA’s Renewable Portfolio Standard, and without subsidies it was not economically feasible.

In 2019 however, the Baker administration, influenced by a powerful logging and forestry industry, suddenly proposed changes to those rules, changes that would have made the Springfield plant and all dirty biomass incinerators eligible.

Pretty much all hell broke loose in Springfield. Amazingly, the Department of Energy Resources (DOER) had not bothered to hear from the only part of the state where a biomass plant was threatening. Rep. Jose Tosado, in whose district the plant is to be sited, backed by Arise for Social Justice and other local groups, demanded a public hearing in Springfield, citing Massachusetts’ environmental justice policy. They won.

Hundreds of city and area residents showed up, the vast majority deploring the change that would use ratepayer clean energy funds to subsidize the polluting plant.

No decision on the RPS change has yet been rendered by the state. It appeared the Palmer “Renewable” proposal had finally died when the permit ran out in September 2019. Nothing in writing had been submitted to the city declaring advances in the plant’s construction.

But then in 2020 the zombie raised its ugly head again. Palmer got the city to say that the permit was still intact because of an oral communication between the company and officials. At around the same time, in Boston, the House of Representatives inserted a provision in its climate bill that offered a new lifeline for this filthy project.

The state is in arears on cutting its greenhouse gas emissions to comply with the Global Warming Solutions Act and the courts have said that it must act now. The Legislature wrote climate bills in an attempt to fulfill that obligation to state law and to future generations.

Predictably, the House waited to the last minute to produce a climate bill. That Bill, H.4933, has some good and necessary measures, for sure. It would require the state to reduce emissions by 50% by 2030 and 75% by 2040. It would create a clean energy equity workforce, fund energy efficiency and weatherization upgrades for public housing, protect environmental justice communities, increase the state’s offshore wind procurement and invest in charging sites for electric vehicles. The list of necessary measures is pretty long and substantive.

However, in a section that rightfully requires for the first time that Municipal Light Plants (electric utilities owned by municipal governments, not private investors, e.g. Holyoke) cut their emissions, it lists “non-carbon-emitting” energy sources that they can substitute for burning fossil fuels. And, lo and behold, what is included in that list? You guessed it: biomass!

Last year, Palmer “Renewable” Energy began reaching out to suburban energy boards in the eastern part of the state to get them to sign power purchasing agreements, claiming that the proposed Springfield plant was clean and green. This H4933, if passed, would provide a new incentive for these MLPs to purchase Palmer’s power at the expense of the health and environment of the people of Springfield.

Non-carbon-emitting? The science says it produces more carbon than the fossil fuels that it is to replace. Climate change-induced fires burn the West coast, climate change-enhanced hurricanes pummel the Southern coast and ice sheets in Greenland and Antarctica melt before our eyes promising the wiping away of our eastern shore and downtown Boston.

And our Legislature is writing law that will contribute to the problem? I am reminded of a favorite saying by Lyndon Johnson (though I opposed his war), “Don’t piss on my back and tell me it’s raining.” Don’t support spewing carbon dioxide into the air and tell me you’re fighting climate change.

Apparently, the Baker regime and friends in the House are hell-bent on subsidizing the tearing down of our western Mass forests in order to pollute Springfield (for the moment, with only a guess at whose city is to follow.) But though poor and working people in Springfield will suffer the most, pollution does not respect city limits. The toxics will be breathed 24/7 throughout a 90-mile radius, affecting Brattleboro and New Haven.

What will it be like? Residents of Los Angeles and Sacramento have witnessed the most intense example of biomass burning the last month with the sky yellow, the sun orange and the air translucent brown from the smoke of wildfires. Wildfires are biomass burning. Do we want that?

The House and Senate climate bills are now in a conference committee of three representatives and three senators, to iron out the differing policies in the two separate House and Senate bills. It is imperative that the good proposals remain and be strengthened and the bad ones, like labeling biomass a “non-carbon-emitting” energy source, be thrown into the scrap heap of environmental history.

The Springfield City Council has written a letter of protest to the conference committee, as has a long list of climate justice organizations from across the state. Declaring “Clean energy doesn’t come out of smokestack,” Councilor Lederman initiated a petition to the conference committee against the redefinition of biomass. It has already garnered 2,500 signatures. Neighbor to Neighbor and Arise, members of the Springfield Climate Justice Coalition, are taking the lead in local organizing in Springfield’s neighborhoods.

You, too, can have a say. You can call your state representative and state senator and tell each that they must contact the conference committee and tell it to eliminate the proposal to incentivize biomass energy. It is toxic to our health and contributes to the climate catastrophe.

Do it for the people of Springfield, for yourself and for the planet.

Marty Nathan is a retired physician, mother and grandmother who writes a monthly column on climate change for the Daily Hampshire Gazette.