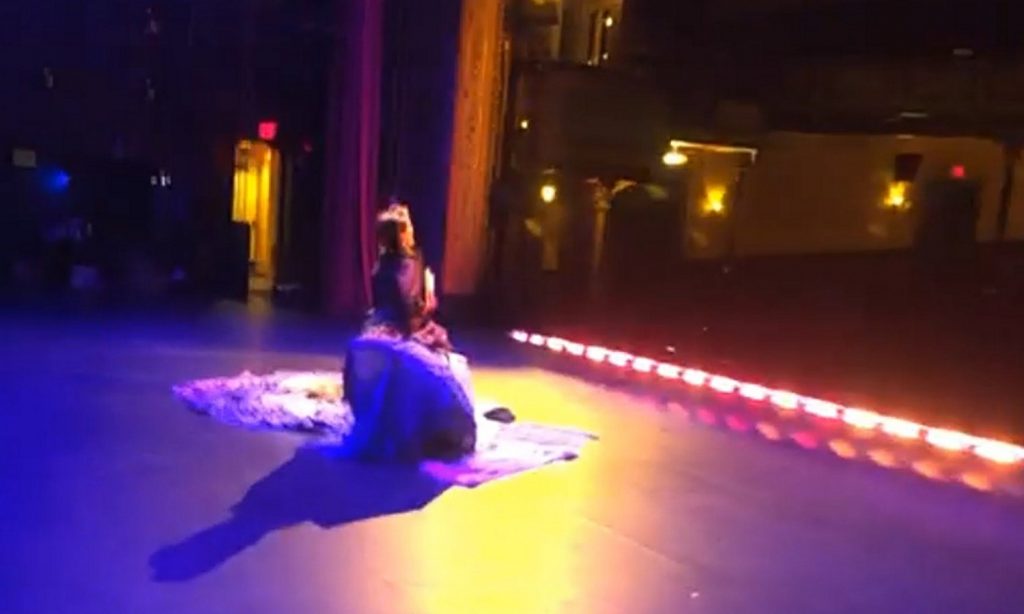 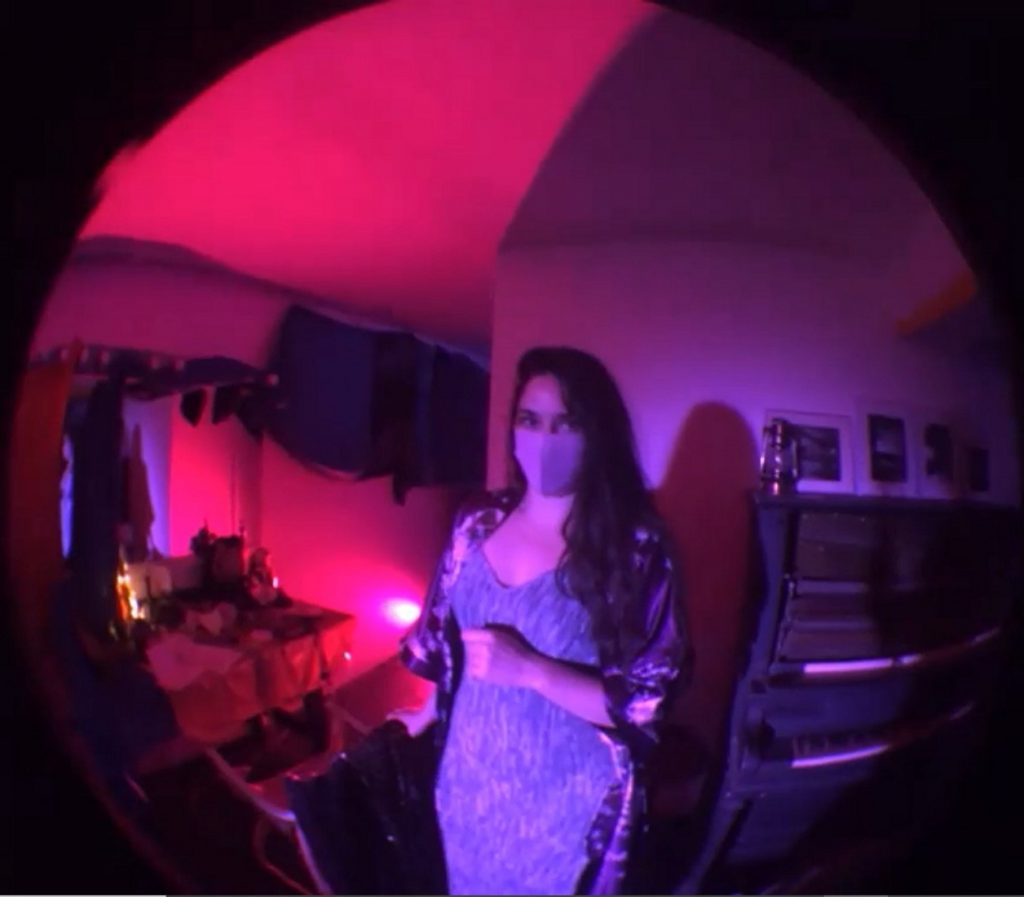 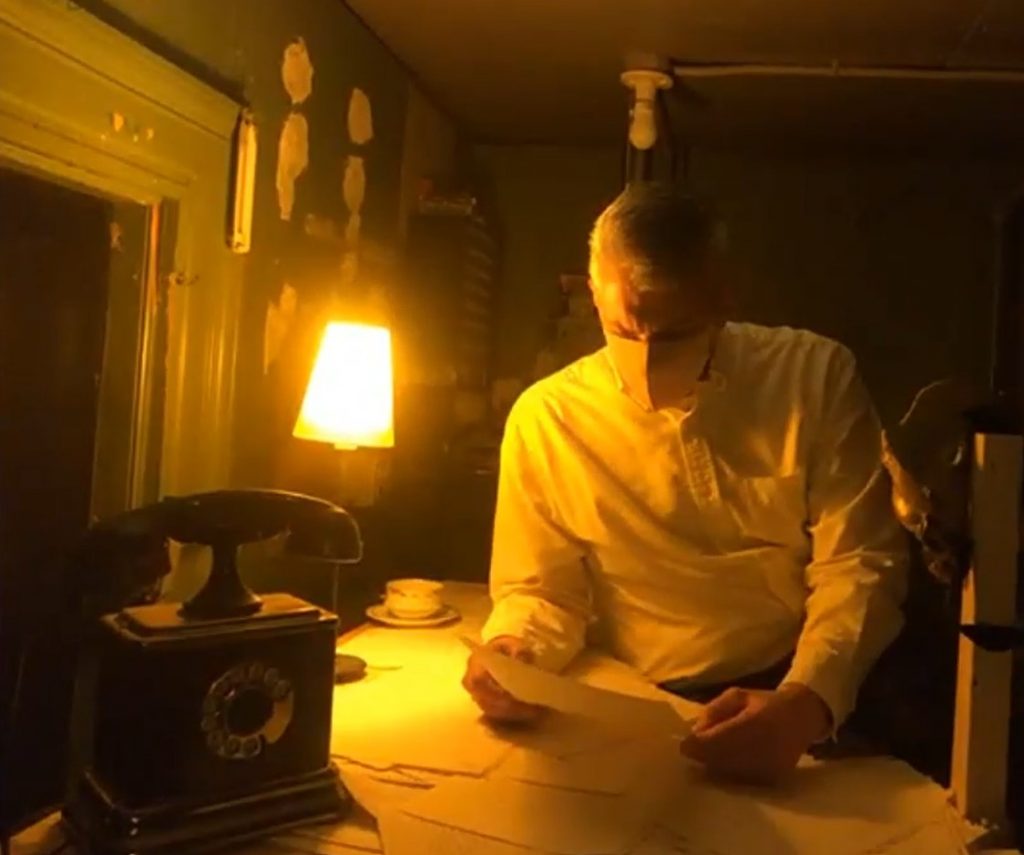 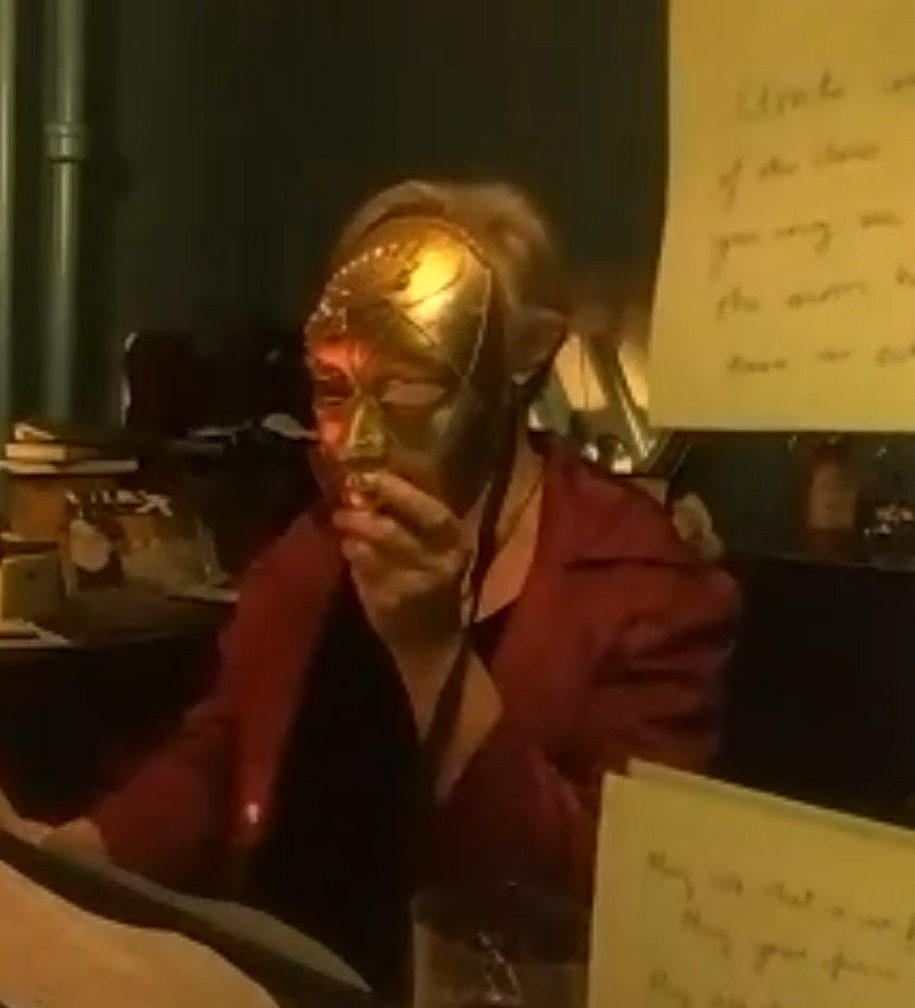 As you approach the theater, you find a note pinned to the stage door. It’s from the director, who says he’s been delayed and you’re to check in with the cast and make sure everything is ready for rehearsal.

Then you open the door, and step back in time.

You’re in Stagehand, the latest immersive theater experience cooked up by John Bechtold and Eggtooth Productions. Described as “a live theatrical video game,” it’s also, as Bechtold says, “a love letter” to the Shea Theater in Turners Falls and Northampton’s Academy of Music – “two jewels of the Valley” that have gone dark during the pandemic.

In the free-floating hour-long adventure that unfolds, those venerable playhouses become the primary characters, playing host to elusive performers and ghostly memories. The era is Gilded Age, the mood is sepia. 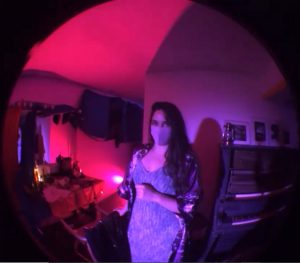 In a trial run for this weekend’s live performances, I and a small cohort of fellow explorers joined “Charlie,” the stage-manager/stagehand tasked with patrolling the building. We were all Zooming in from our individual homes, but experienced things in the first-person, through the lens of Charlie’s video camera.

Indeed, we not only went along on this journey but steered it, agreeing among ourselves on what to see and where to go. Down the spiral staircase? – yes, and then along a narrow hallway and into the dressing room of a faded diva surrounded by fading mementoes. She’s writing a letter to an old lover: “It was the mask engaged your mind, and after, set your heart to beat, not what’s behind.”

And yes, all the performers are Covid-masked, a precaution and a metaphor: the actor as avatar. (You might recognize some Eggtooth stalwarts behind those masks.) 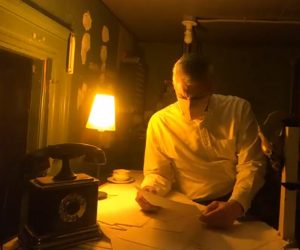 With “Charlie” as interlocutor, we can converse with the actors or simply observe them preparing for rehearsal. Our encounters include a woman in an elegant Empire gown, seated onstage and singing to an empty auditorium, and a kind of phantom of the opera house – a wan fellow who tells us, “I’ve lived most of my life here” as he peruses old manuscripts and muses on the brevity of life.

In other spaces we can pore over jumbled props and costume pieces (a parasol, a sequined glove), putting me in mind of Punchdrunk’s Sleep No More and other ghostly immersions in period ephemera. From time to time our perspective shifts and we’re transported to a different theater, or even a brief off-site scene. 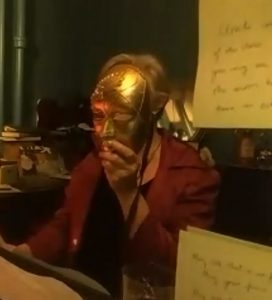 In John Bechtold’s previous participatory excursions, we’ve been able to engage directly with flesh-and-blood performers and finger the props and fabrics. Stagehand is immersion-by-proxy, an encounter at once intimate and remote, luring us through the laptop’s looking-glass into a theater that’s both real and imagined, tantalizingly insubstantial.

In the ongoing quest to make theater in the current theaterless world, Bechtold says he and his team are exploring the “blurry line” between “the immediacy of theater and the powers of virtual connections.” Or as the late-arriving director says, quoting T.S. Eliot, “Between the idea and the reality, between the motion and the act … between the conception and the creation, falls the shadow.”

While the Valley Advocate remains on hiatus, Stagestruck will continue posting occasionally. Write me at Stagestruck@crocker.com if you’d like to receive notices when new pieces appear. The Stagestruck archive is at valleyadvocate.com/author/chris-rohmann