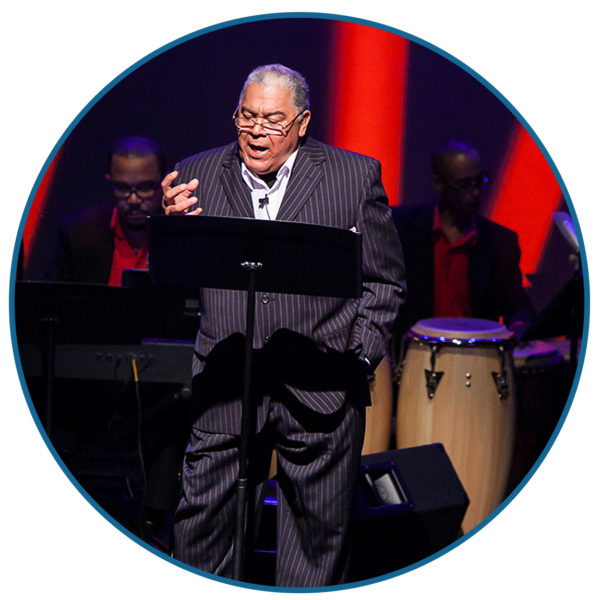 MIFA, the Massachusetts International Festival of the Arts, is a Holyoke-based venture that’s working to restore the city’s venerable Victory Theatre as a regional performance venue while also forging partnerships with the Latinx community. MIFA and the community-action organization Nueva Esperanza have co-sponsored several shows at the storefront performance space El Mercado.

This weekend’s double bill pairs a revival of a signature Pregones/PRTT production with a “sneak peek” into a musical-in-process. Both of them are written and directed Rosalba Rolón, with original music by Desmar Guevara drawing from classic Puerto Rican musical forms, as well as Cuban guaracha and rhythm and blues..

The Red Rose/La Rosa Roja is a “musicalized” collection of stories based on the writings of the Puerto Rican labor activist and journalist Jesús Colón. He was one of the so-called Puerto Rican Reds who were persecuted for suspected Communist sympathies during the McCarthy Era of the 1950s.

Colón and others were accused by undercover FBI agent Mildred Blauvelt, which led to an explosive face-off between the two before the House Un-American Activities Committee (HUAC) in 1959. This archival concert performance comes from the 2015 celebration of the company’s first ten years in its Bronx theater.

Torched! speaks, and sings, of another fateful decade for New York’s Puerto Rican, Afro-Caribbean and Black communities – the 1970s, when the South Bronx was essentially destroyed by an epidemic of arson. “The piece,” the company says, “sheds light on the victims, residents, workers, firefighters, the perpetrators, public and private institutions, landlords, the accomplices, Hollywood and mass media.”

This “sneak peek behind the scenes” gives audiences a look at the creation process and presents a staged reading of Act One.

When the Valley Advocate resumes publication in the new year (bi-monthly), Stagestruck will continue to be a regular feature, with occasional additional posts online. Write me at Stagestruck@crocker.com if you’d like to receive notices when new pieces appear.