Monte Belmonte Wines: The wines that have gotten us this far 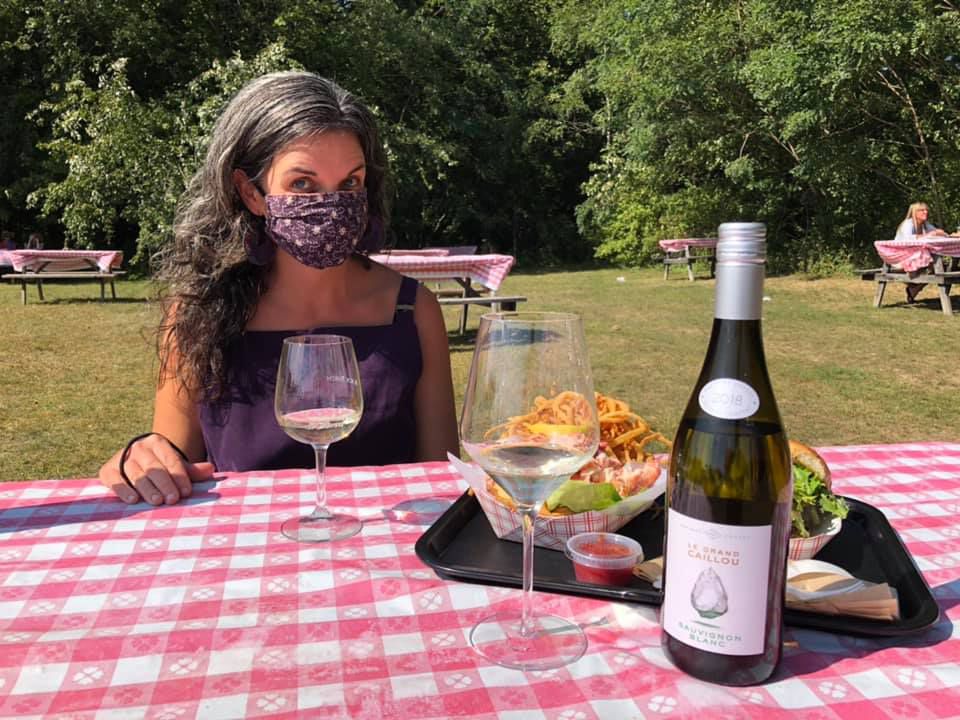 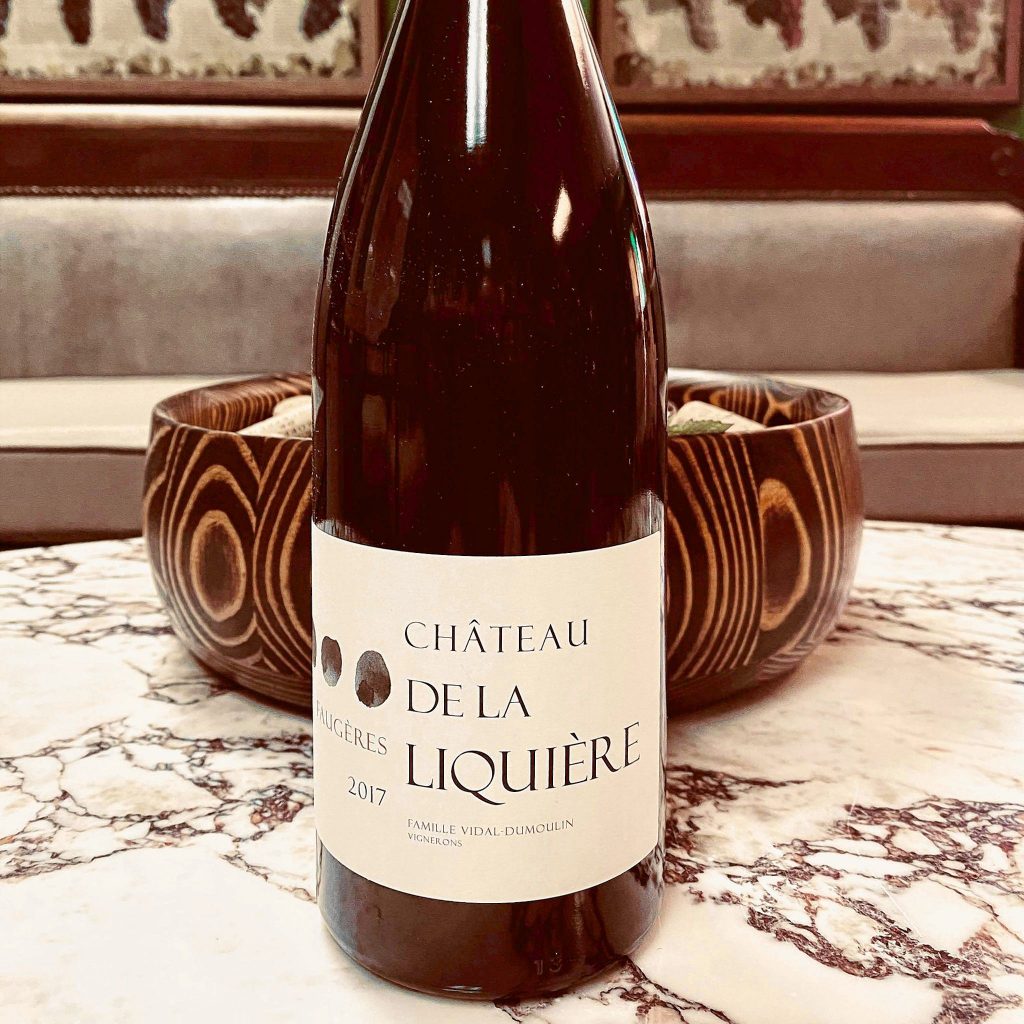 Shelburne Falls Cork owner William Seibert’s favorite wine this year is Chateu de La Liquière, which he describes as a “beautiful, brilliant, violet robe. Expressive fruit and smoky flavors. Explosion of cassis and raspberry...” The wine is $16 a bottle at his store. 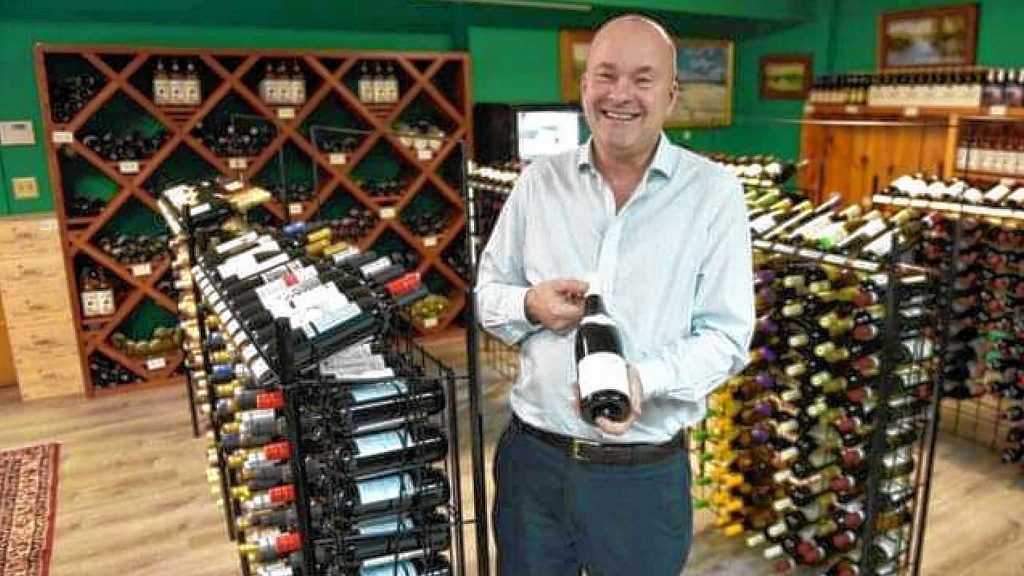 William Seibert, owner of Shelburne Falls Cork, points to Chateu de La Liquière as a favorite wine this year. “This wine helps me get through the pandemic, as it brings back memories of an earlier time,” Seibert says. 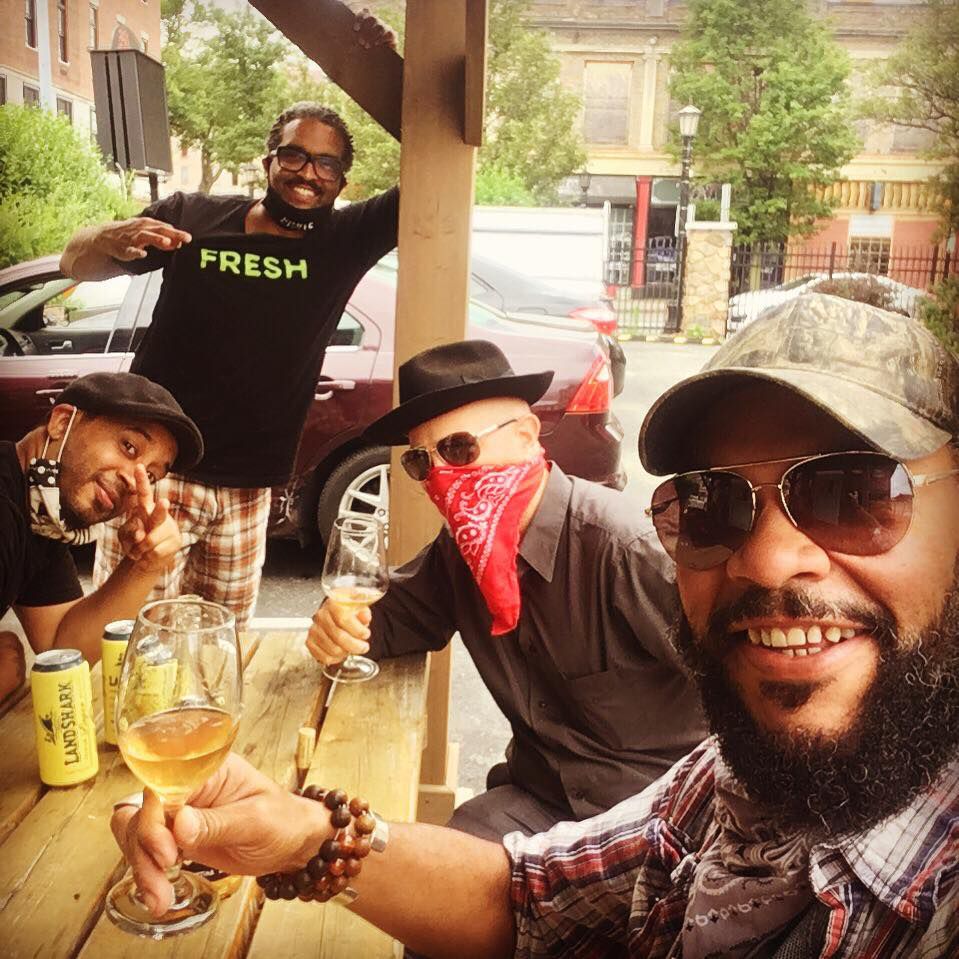 Almost from day one of the pandemic lockdown, Sharon Swihart has been living with the irony —  and a little bit of guilt — that, as a wine manager, she is an “essential worker.”

“My life has not changed at all in the pandemic’s wake,” says Swihart, the wine buyer at Four Seasons Wine & Liquor in Hadley. “The only exception is how much busier our wine sales have been.”

As a full-time radio host, I too have had to come to terms with my being an “essential worker,” whose life has been, mercifully, mostly unchanged. But, as a semi-professional wine snob, I have made some lifestyle changes.

I made the conscious decision at the beginning of the pandemic that I wasn’t going to drink Mondays, Tuesdays or Wednesdays. To give my liver a break, and to make sure I didn’t let myself sink into a wine-filled swamp of sadness, while the world as we knew it was falling to pieces around us.

I cheated. Many times. But I was mostly good about only drinking for half of the week.

Wine has, however, played an important role in helping to bolster my, and other wine snobs, spirits through this strange year. I asked a handful of my favorite winos what wines have gotten them through this pandemic thus far.

Amy McMahon, owner of Mesa Verde in Greenfield, and one of the smartest non-professional wine snobs I know, has had a plague-favorite, “Oh ya. Etna Rosso Lacryma de Christi. The volcano wines from places that have survived mass extinction events.”

These grapes are grown on the slopes of Mount Vesuvius, which has wrecked a civilization or two in its time. And, in whose shadow the classic 14th century quarantine stories of “The Decameron” take place. Lacryma de Christi literally translates into “tears of Christ.” The heartache is baked into these grapes.

Michael Quinlan, the Fine Wine Sales Manager for Table & Vine’s flagship store in West Springfield says, “We’ve seen a lot of exploration. White wines from Gascony in southwest France had a great summer. Now, in fall, as people’s glasses turn red, Tuscany is hot! There really has never been as good a time to explore Tuscany, and specifically Chianti, as there is right now. A string of high-quality vintages are well-stocked!”

I asked Quinlan what has gotten him through the pandemic, personally. “Gin!” he joked. “We drink wine with our meals, even when not in pandemic mode. So, we have our faves. Rioja, of course. With the heat this summer, we got to know many of the Italian whites that are not Pinot Grigio.”

Thank goodness. As I have mentioned many times, Pinot Grigio is my least favorite grape. There is so much more to the world of Italian whites. Quinlan added, “There was a great Gavi and fun Friulano that showed up on our table quite a bit.”

“This wine helps me get through the pandemic, as it brings back memories of an earlier time,” Seibert says, referring to when he lived in the southwest of France and discovered the Faugères wine region.

And it’s a very affordable $16 at his store. With a description like that, I can’t wait to try it.

Back to Sharon Swihart and her customers at Four Seasons. What’s changed with their customers while pandemic wine buying?

“Within just two or three weeks, it became clear that customers were spending significantly more on wine than they had previously,” she said. “What I suspect is that the folks who normally dine out, and were used to paying 200-300% markups on their wines in restaurants started to pay attention to the relatively low cost of better wines. Barolos that cost $150 on a wine card were ‘only’ $50-$75 at Four Seasons.”

Still a bit out of my wallet’s reach. I’m just an essential radio professional, after all. But hey, when it feels like the world is ending, why not splurge?

“The other trend I’ve noted has to do with Four Seasons’ particular identity and mission,” Swihart continued. “We seek out smaller, family producers who deliver wines that are less expensive and of better quality than the ‘big’ names.”

It makes sense. Why pay for the celebrity name or the ridiculous marketing campaign?

“Our most dramatic example concerns Apothic Red,” Swihart said. “This was extremely popular at Four Seasons, when I arrived five years ago. We then happened upon a Red Blend that’s a bit similar, but much better: Rhiannon.”

Swihart says that in those five years, only one customer has preferred Apothic.

“We now sell maybe two bottles of Apothic a month,” Swihart says, “and about a case of Rhiannon a week.”

As an open detractor of Apothic, I couldn’t be more pleased with this pandemic development.

In the physically distanced, socially networked world in which we are all now growing more comfortable living, one of the most fun parts about pandemic drinking for me has been the BYOG! Facebook group. It was started by my friend and drinking buddy, Chef Michaelangelo Wescott. It highlights where the bon vivants of the Valley and beyond have “Brought Their Own Glass.” It’s a way to approximate bar culture, in a time when we can’t drink together in bars.

I’ve had so many great bottles of wine during this strange year. In my own glass, 6 feet apart from friends. At Captain Jack’s in Easthampton. At Chef Wayne’s Cajun On The Go in Springfield. On Cape Cod beaches. On the riverbank of the mighty Connecticut.

And I’ve loved seeing what other people are drinking, where, and with whom, through this page. I asked the 500-plus member BYOG group what wines have gotten them through. Jennifer Hayes wrote my favorite comment, “Chateau Montaud Côtes De Provence Rosé in a box. We could have built a decent sized fort with the empties.”

My decision, early-pandemic, to only drink during the latter half of each week and to not spend the pandemic in my cups, was a good one. And during this next phase of COVID, as our time being comfortable outside in the elements is rapidly drawing to a close, I’m going to need to make sure I don’t build myself a decent sized Fortress of Solitude out of empty rosé boxes.