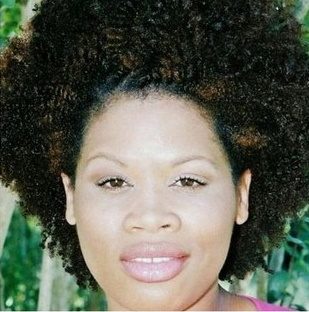 The election of Kamala Harris as the first woman Vice President of the United States, not to mention the first African American and the first of South Asian descent, is certainly cause for celebration – as well as thoughts of “It’s about time.” But those “firsts” don’t sit quite comfortably with the three women in Rachel Lynett’s new play, Letters to Kamala.

A digital reading of the work-in-progress, staged by WAM Theatre, is streaming through this weekend. It’s the first entry in WAM’s 2021 season, which expands on the theater’s founding mission, to foreground women artists and benefit organizations serving women and girls, to embrace women playwrights, directors and actors of color.

In Lynett’s imagining, the three “ancestors” have been summoned at this historic moment, to provide grounding and context for Harris’s achievement. If the new VP has indeed summoned them, she gets more than she might have bargained for.

These ladies are pissed.

As they look into the camera, their gaze falls on us as well as her, and their “letters” dispense history lessons along with advice, tossing as many brickbats as bouquets.

Charlotta (played by Shannon Lamb) says to Kamala: “They’re calling you the first Black woman to be on a major party ticket for VP, and it’s wrong. If it wasn’t hurtful, it’d be funny.” And to us: “You think that just because you know who Shirley Chisholm is, that you’re down with the movement.”

She goes on to explain, “I was the first of so many things I lost count.” In addition to being the first Black woman vice-presidential candidate (for the Progressive Party in 1952), she was the first to own and operate a newspaper,” The California Eagle, beginning in 1912, a platform she employed to report on police brutality, the KKK, voting and labor rights movements and restrictive housing. “Seems like if I was working today, I’d be writing about the same things.”

Bass was accused, without evidence, of being a Communist. Charlene (Torie Wiggans) defiantly acknowledged it. “If I were alive today, they’d call me a Democratic Socialist,” she says, adding, “Half the things y’all talk about came from us. Well, not y’all, but what the young folk talk about: healthcare, universal basic income, a focus on collectivism and not individualism. We built the foundation on which you stand.” Bridging the generation gap, she pulls out an iPhone to google Harris’s record.

Patsy Mink (Lily Hokama) is remembered these days not so much for breaking the woman-of-color ceiling in the Congress, but as the moving force behind the gender-discrimination act known as Title IX (now named after her). She’s got some of the most pointed things to say about Harris’s rise – and about American mythmaking.

“I know what it’s like to see an empire fall at an American hand,” she says, referring not to wars or secret coups, but to the 1893 overthrow of Queen Liliʻuokalani in Mink’s native Hawai’i, by capitalist interests backed by American troops, “for sugar. American culture has never given a shit about anything but power and resources.”

All three women touch on Harris’s career as a district attorney, with Patsy comparing the relative silence on that at-best-mixed record with the attention given to her mixed-race marriage. “I’ve heard more talk lately about your dating history than I have about you hiding evidence when you were prosecutor. Talk about changing the narrative.”

The script-in-hand reading is directed by Nicole Brewer, with affecting performances by her cast augmented by period photos, including portraits of the three ancestors. It’s available for streaming through Sunday, March 21 at Wamtheatre.com. Sliding-scale tickets $15-$50.