Stagestruck with Chris Rohmann: Curtain (or tent pole) Up! as summer theaters reopen 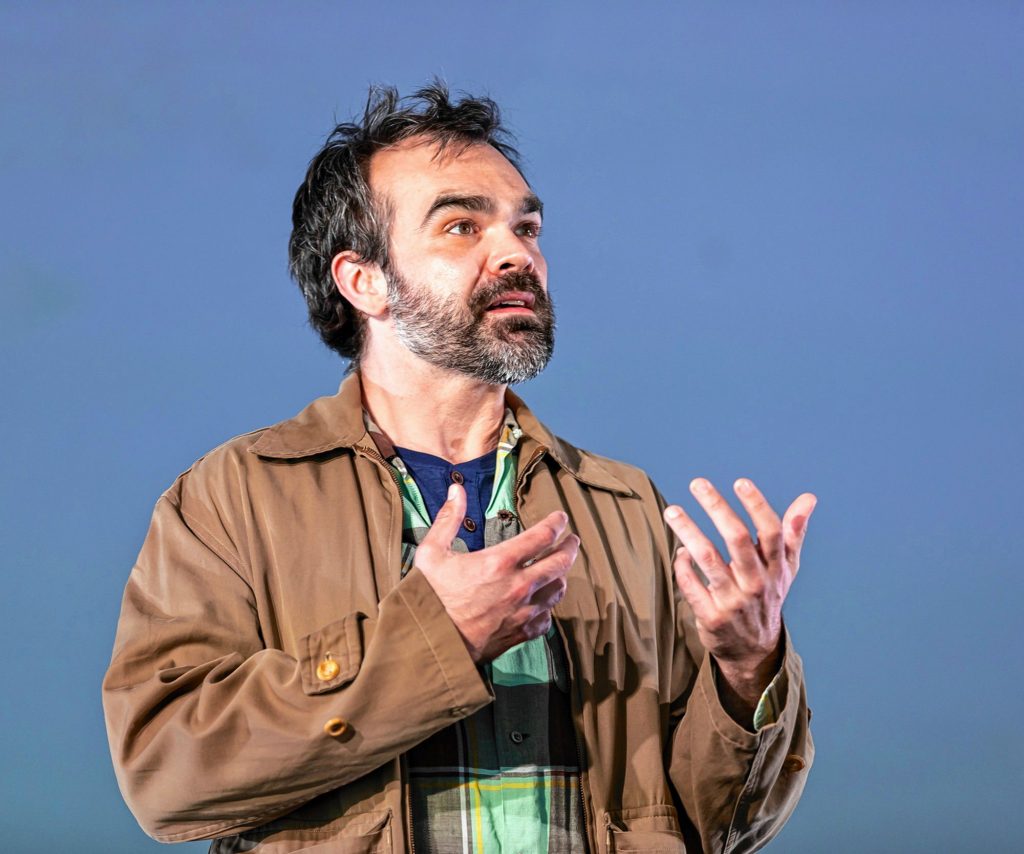 Actor James Barry was the one-man star of the first of Chester Theatre Company’s three-play season, “Title and Deed,” by Will Eno. 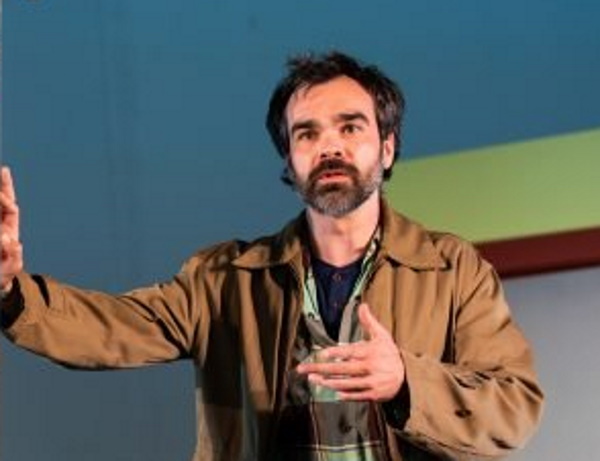 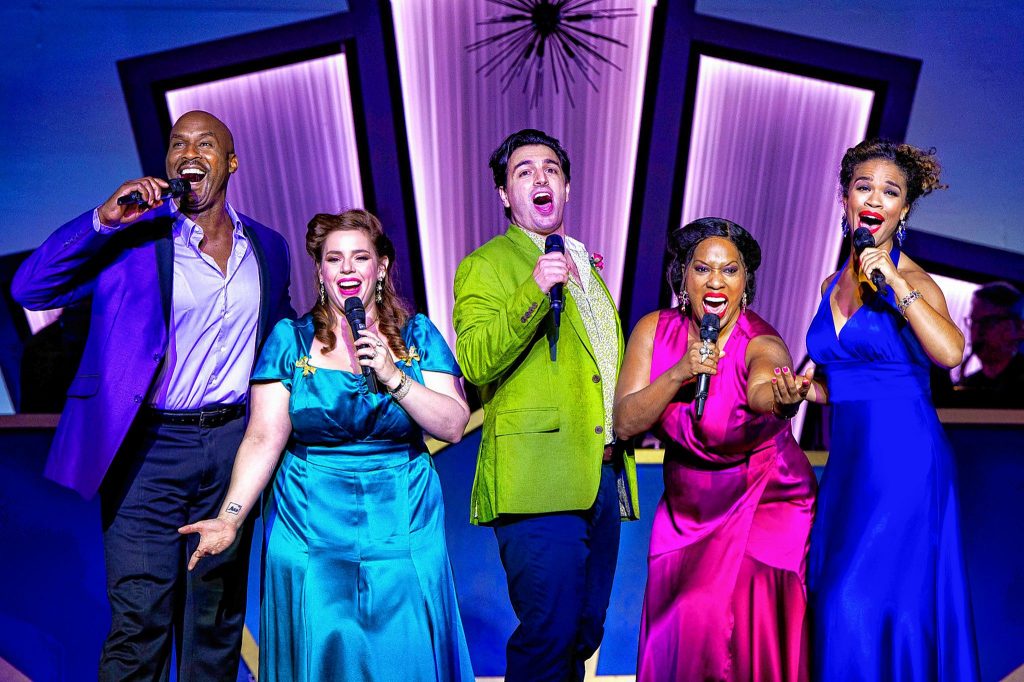 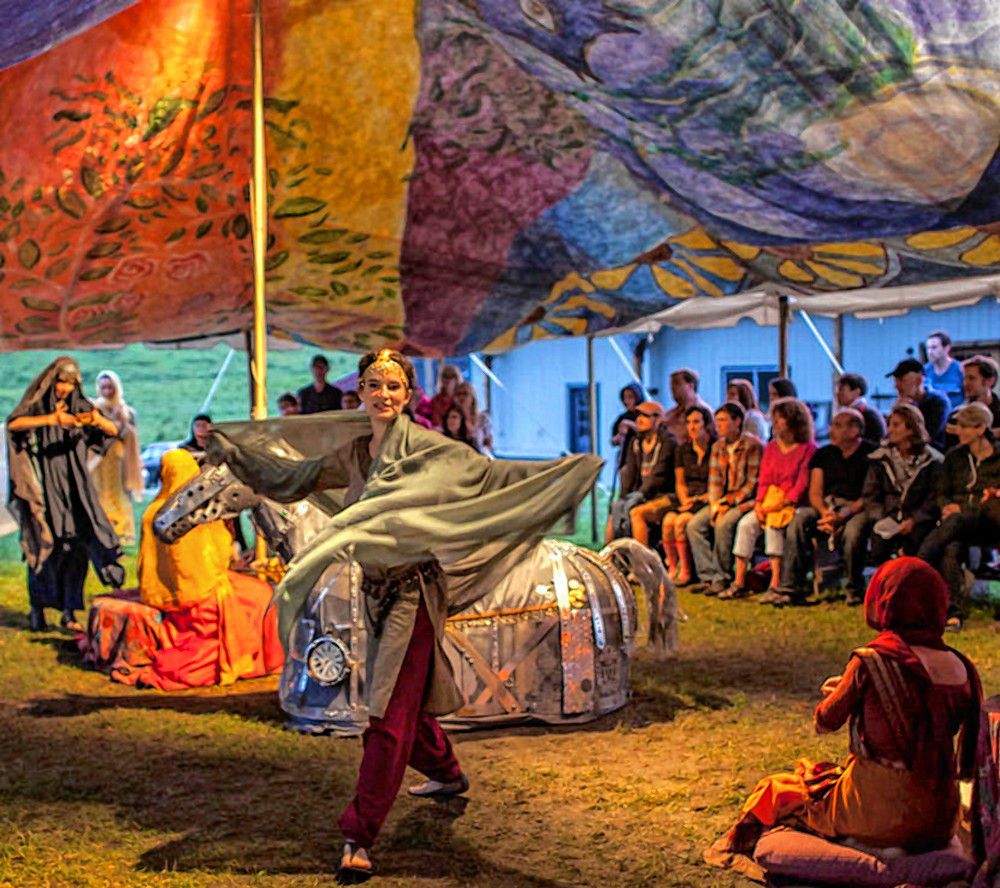 Double Edge Theatre’s annual Summer Spectacle opens on July 17 for a three-week run at the troupe’s Ashfield Farm Center. This year’s edition, “Memories and Dreams,” is a two-parter, one half looking back, the other forward. 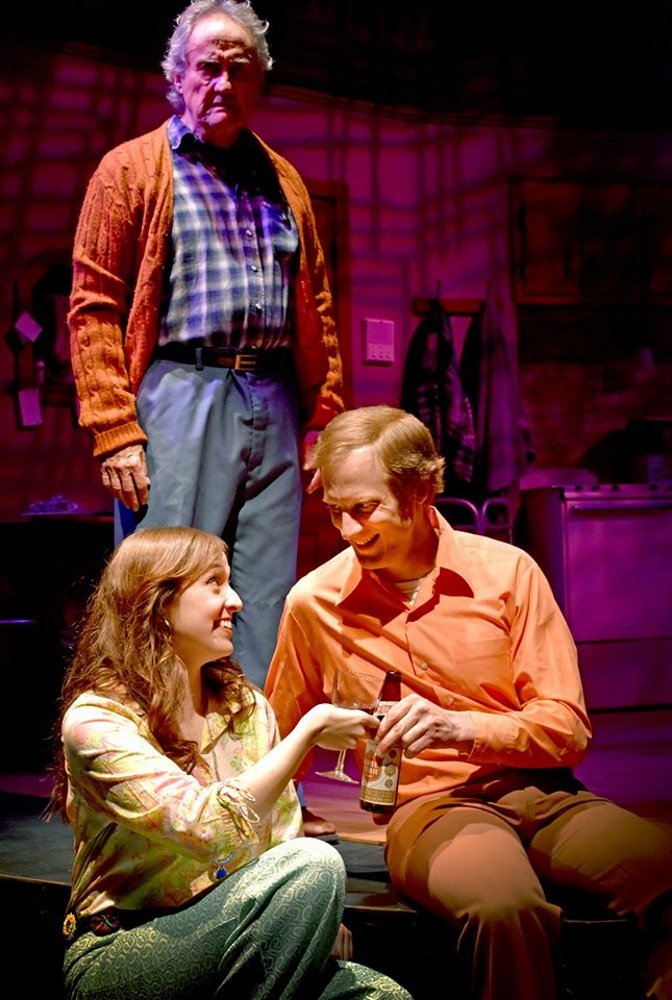 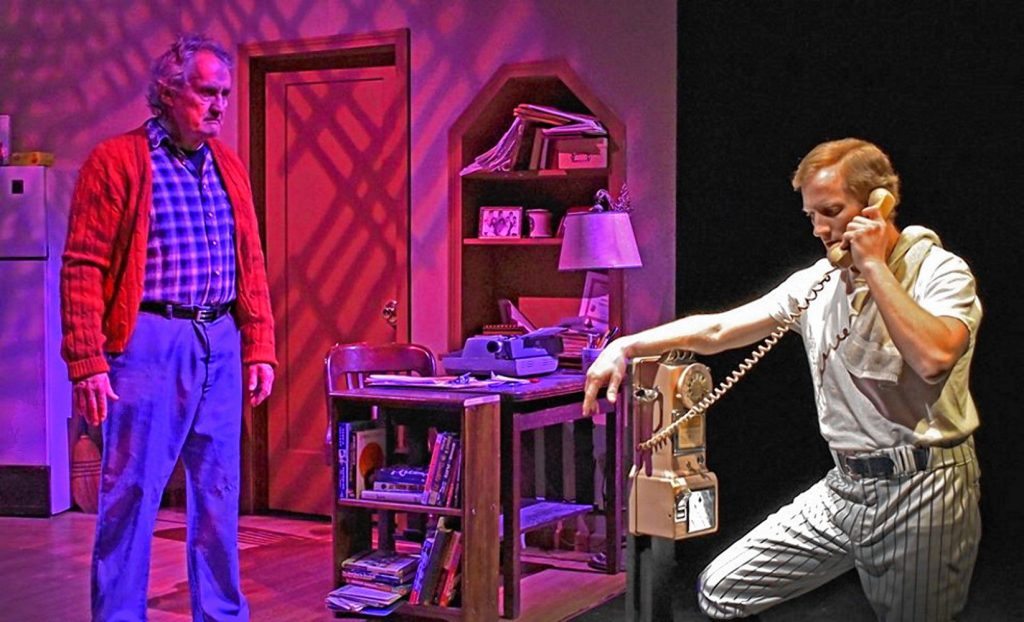 The Majestic Theater in West Springfield will reopen the show the pandemic closed. “The Pitch,” a world premiere by Northampton-based Stan Freeman, is a baseball fantasy. It is expected to hit the stage on Aug. 7.

Sometimes in the course of the past year I despaired of ever again hearing that mantra of curtain speeches in the cyber-era: “Please silence your cellphones.”

But in late June it happened, as three western Mass companies greeted live audiences with live performances, several of them traversing some of the themes that have permeated our lives during this long pandemic season.

Covid, of course, is not “over,” though it’s tempting now to throw off all restraints. We are reminded of that by Actors Equity rules that still require audiences to be masked. Even so, it’s great to be back in the theater, even if it’s makeshift, and last month the excitement in the air was palpable on the first two opening nights, as we took our seats on socially-distanced folding chairs under big open-sided tents on the outskirts of Pittsfield.

For this season, Chester Theatre Company has relocated from its hilltop home midway between the Valley and the Berkshires to a tented platform in Hancock Shaker Village. In addition to delivering the traditional cellphone caution, Chester’s director, Daniel Elihu Kramer, observed in a program note what we’ve all been missing — the fleeting but powerful bond formed by a theatrical performance:

“We gather artists and audience in a shared space, and something passes back and forth.… Before the play began, we were among strangers, but now we share this experience, this brief community.” 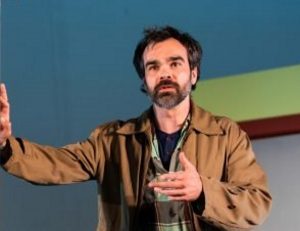 That truth was particularly relevant in the first of Chester’s three-play season, “Title and Deed,” by Will Eno. The lonesome traveler in this one-man show, winningly performed by Berkshire favorite James Barry, carries with him a lot of the feelings we’ve experienced over the past lonely year.

“People don’t gather enough anymore,” he says, and Barry paused for a beat to let us register the now-topical irony, which resonated more somberly when the man contemplates the place he’s just come from: “All those losses.”

Barrington Stage Company opened with “Who Could Ask for Anything More? The Songs of George Gershwin,” playing through July 3rd. It’s a big, brassy cabaret-cum-celebration — just the tonic for emerging from the long dark season. Created by director Julianne Boyd and musical director Darren R. Cohen, it’s a potpourri of some two dozen songs from Gershwin musicals as well as a trio of pieces from Porgy and Bess.

As performed here, two songs from that opera invite us to reflect on the other pandemic of the past year (and more). In “Summertime,” Alison Blackwell subtly steers the lullaby into an elegy and finally an indictment in which we can hear the anguish of mothers whose children are victims of living while Black. And Alan H. Green turns “My Man’s Gone Now” — in the opera a woman’s lament for her dead husband — into his own sorrow over a murdered friend.

In the Valley, while most theaters are looking toward fall to reopen with live productions, a few are planning in-person summer performances, indoors and out.

Double Edge Theatre’s annual Summer Spectacle opens on July 17 for a three-week run at the troupe’s Ashfield Farm Center. This year’s edition, “Memories and Dreams,” is a two-parter, one half looking back, the other forward. Part one draws on ideas and images from 2019’s spectacle, “I Am the Baron,” while part two is a preliminary exploration for next year’s show, “Euripides’ The Bacchae,” gathering around themes of women’s ritual, power and magic.

And the Majestic Theater in West Springfield, after being dark for a year and a half, will reopen the show the pandemic closed. “The Pitch,” a world premiere by Northampton-based Stan Freeman, was shut down last March in mid-run. It’s a baseball fantasy, a sports story wrapped in a mystery, a changeup played out in argument and memory. If the latest Massachusetts reopening plan holds, it will hit the stage on Aug. 7.

Meanwhile, back in the Berkshires, last week (too late for reviewing here) the Berkshire Theatre Group reopened its Stockbridge campus with Oscar Wilde’s airiest confection, “The Importance of Being Ernest.” Playing through July 10, it stars a galaxy of regional favorites, including David Adkins, Corinna May, Rebecca Brooksher and Harriet Harris. Later this month and into August, BTG presents the stage version of the classic movie musical “The Wizard of Oz” in Pittsfield’s Colonial Theatre.

This weekend Shakespeare & Company, after being dark for a year, opens “King Lear,” starring Christopher Lloyd, in a newly constructed amphitheater on the company’s Lenox campus. On the 16th, Debra Ann Byrd’s “choreopoem” “Becoming Othello: A Black Girl’s Journey” opens in the troupe’s outdoor Roman Garden.

Opening night at Chester Theatre offered us an ad hoc (but sadly unsurprising) reminder that we really were back in the theater. In the middle of “Title and Deed,” a cellphone began chiming in the front row. Onstage, James Barry paused meaningfully as the embarrassed patron groped for it in her handbag, finally turning it off. And the show went on.