Stagestruck: Burnett-ing Down the House 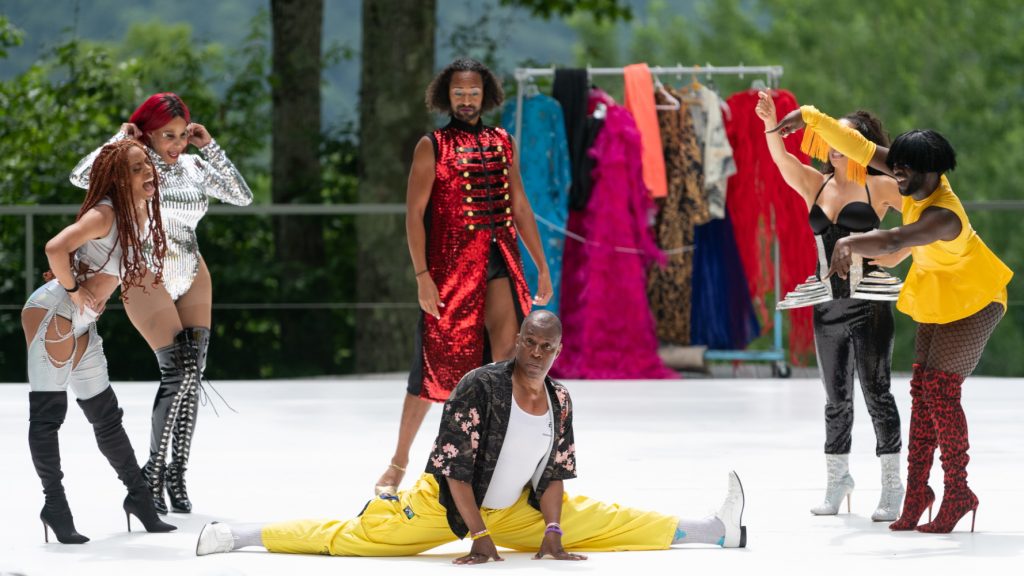 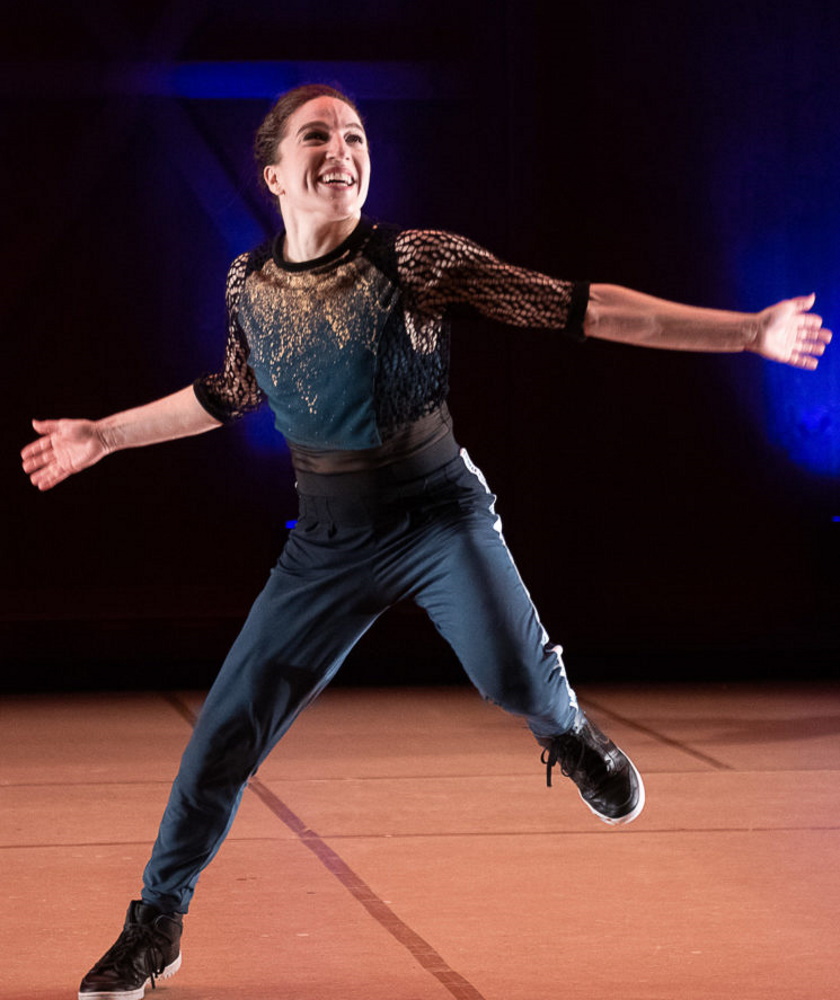 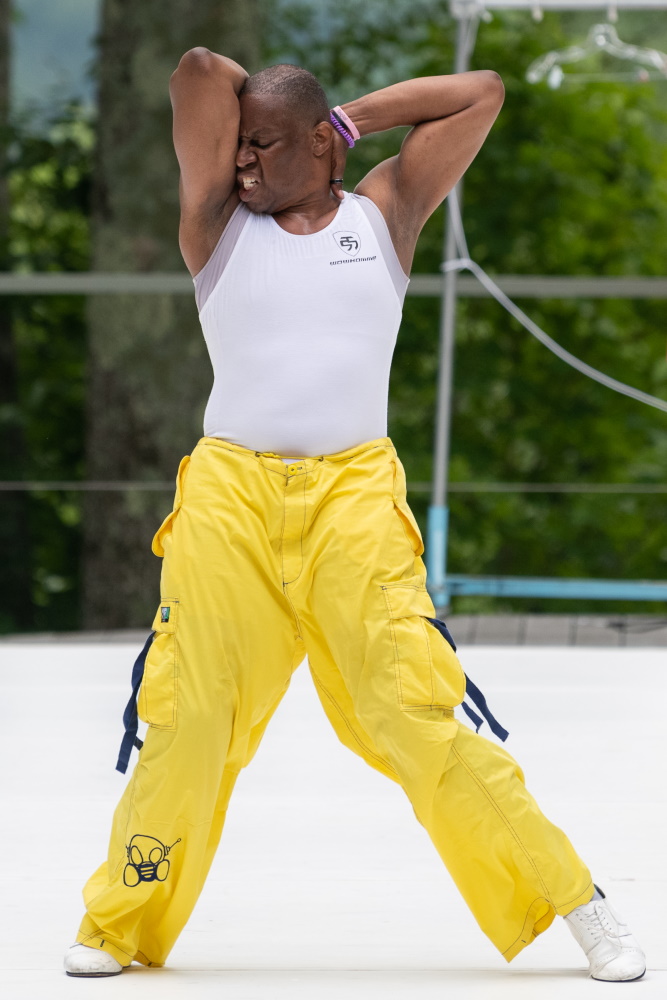 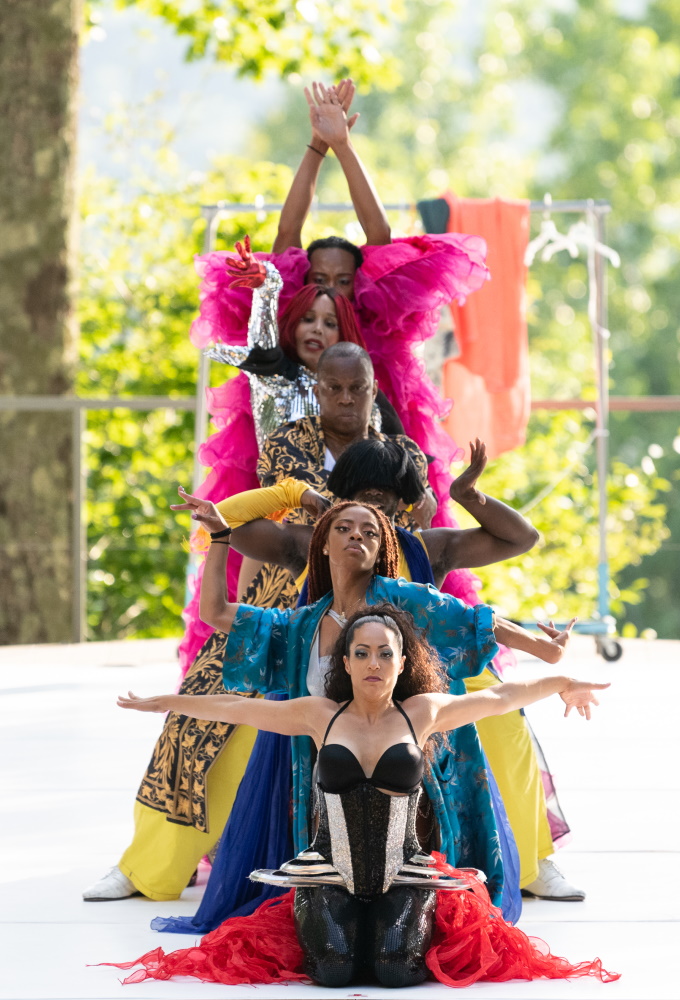 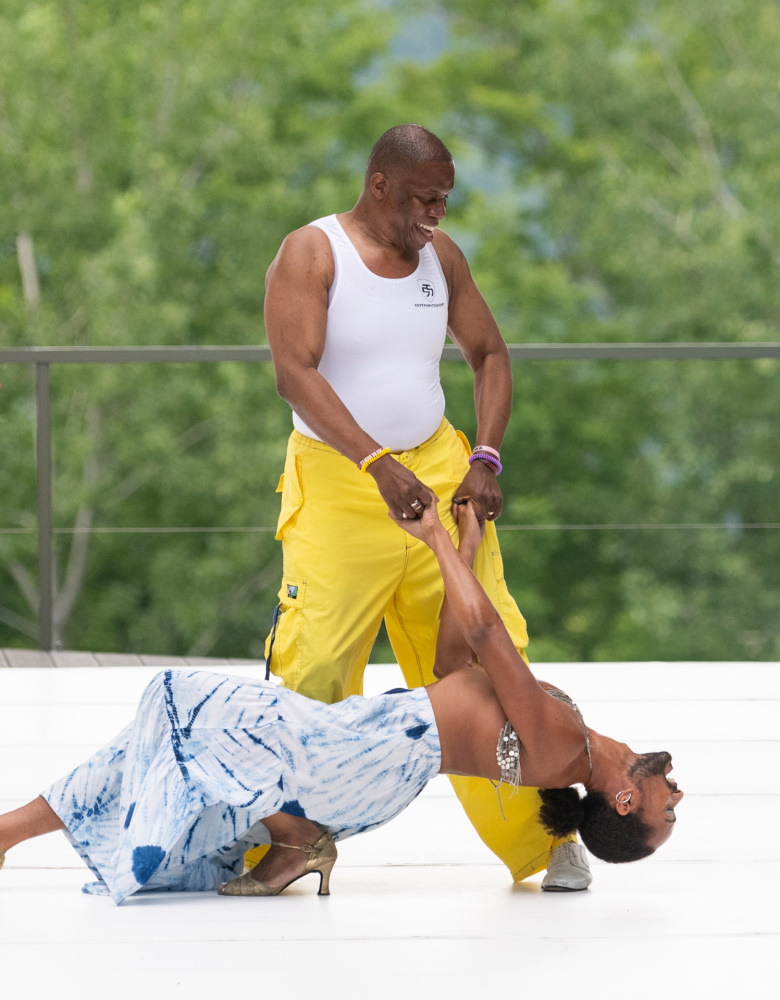 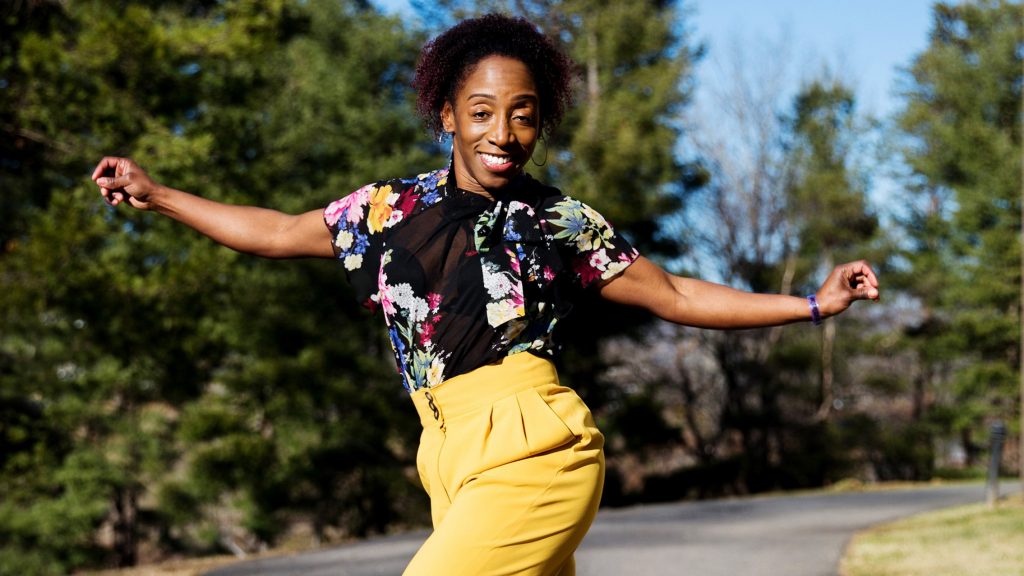 Going in, I knew next to nothing about the material in last week’s mainstage show at Jacob’s Pillow, Life Encounters, Archie Burnett’s personal history of house dance. But I was surprised to see that I knew one of the dancers. Not personally, unfortunately, but I’ve enjoyed seeing Ephrat “Bounce” Asherie in the festival several times over the years, each time in a different context. 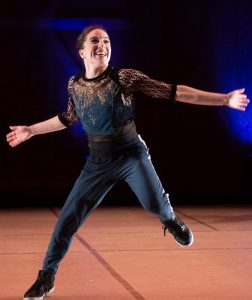 The Israeli-born breakdancer is a joyful embodiment of the Pillow’s ongoing commitment to stylistic boundary-pushing. Her distinctive synthesis of hip-hop with modern-dance technique has broadened the scope of the Dorrance Dance tap ensemble – most recently in this season’s opening program – and last week she was back, busting moves with Burnett’s crew in a lively chronicle of New York’s underground club scene. 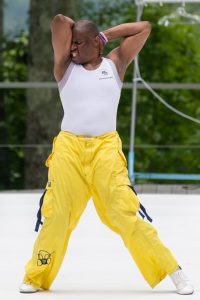 If Asherie is a cross-disciplinary ambassador of hybrid hip-hop, Archie Burnett is a living repository of the various strains of street and social dance that coalesced in after-hours dance clubs in the 1970s and ’80s. As a program note explains:

The dance forms that arose from this environment were created by Black and Latin, often queer and trans, folks. Initially set to the effervescent strains of disco, and ultimately paving the way for the ascendance of house music, this accompaniment was the soundtrack for survivors and thrivers … the Black and brown people who developed an iconic social scene absent of resources.

Life Encounters is Burnett’s personal odyssey of discovery and initiation, from his first immersion in an all-night dance party to a residency with a European avant-garde troupe. All this he narrated in voice-over while joining in onstage vignettes with his intergenerational, international, multiracial troupe.

All the formal elements of house seemed to be on display in this showcase-cum-showoff, including waacking’s angular arm movements, jacking’s rippling torsos, and the complex competitiveness of voguing, sprinkled with improvised moves and replete with intricate, even acrobatic footwork. 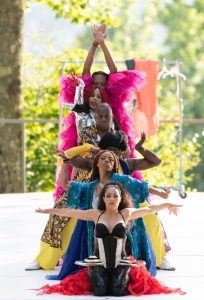 Two more essentials of house performance were present, particularly in two of the dancers’ self-presentations. Princess Lockerooo (Samara Cohen) was the queen of attitude, striking elegant poses that said, simultaneously, “Aren’t I gorgeous?” and “Fuck you.” Abdiel Jacobsen, a self-described “queer genderfluid person of color,” was the queen of drag, flaunting a series of dazzling getups and strutting them in silver heels and glitter eyeshadow. (Indeed, the dancers’ costumes were just as eye-popping as the dance.)

Burnett was a genial master of ceremonies, his rich bass voice-over complementing his imposing stage presence. At 62, he’s not as lithe as the younger dancers, but he moves with cool confidence and effortless mastery. 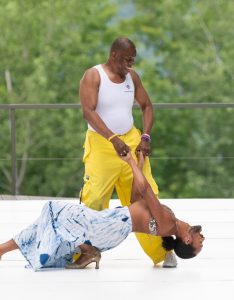 Everything at the Pillow this year is outdoors, and not just because of Covid. The 80-year-old Ted Shawn Theatre is getting a long-overdue renovation and the company’s smaller second stage is no more, having been razed by fire last winter. This year’s performances are held in the former Inside/Out space, newly upgraded and renamed Henry J. Leir Stage – a bare platform whose backdrop is a wide view of the Berkshire hills. The sylvan setting, and the almost-all-white audience, jostled a bit incongruously with the show’s sweaty inner-city music and movement. But I was glad of the opportunity, in whatever venue, to get a peek through the door of this boisterous house. 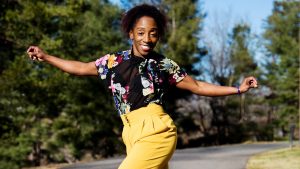 The Pillow’s devotion to modern dance in all its variety continues in this month’s concluding performances. Through Sunday on the Leir Stage, the latest installment of LaTasha Barnes’s Jazz Continuum series explores “the prolific artistry of Jazz music and dance as a cornerstone of Black American dance forms.”

Next week Elizabeth Streb’s Extreme Action Company “pushes the boundaries of aesthetics and kinesthetic bravery” in a program of physical extremes and large-scale “action machines.” And the festival closes with Ballet Coast to Coast – three companies, from Boston, Houston and Seattle, demonstrating that ballet is not all tutus and toe shoes.

The festival also offers a variety of online extras, including a video capture of Life Encounters, available on the Pillow’s website for two weeks beginning the 12th.