Stagestruck: Voices on the Wind 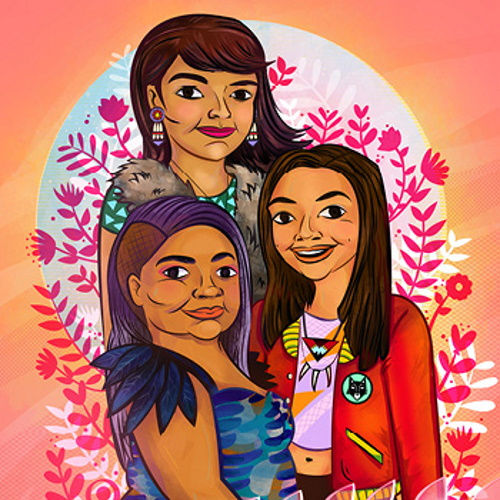 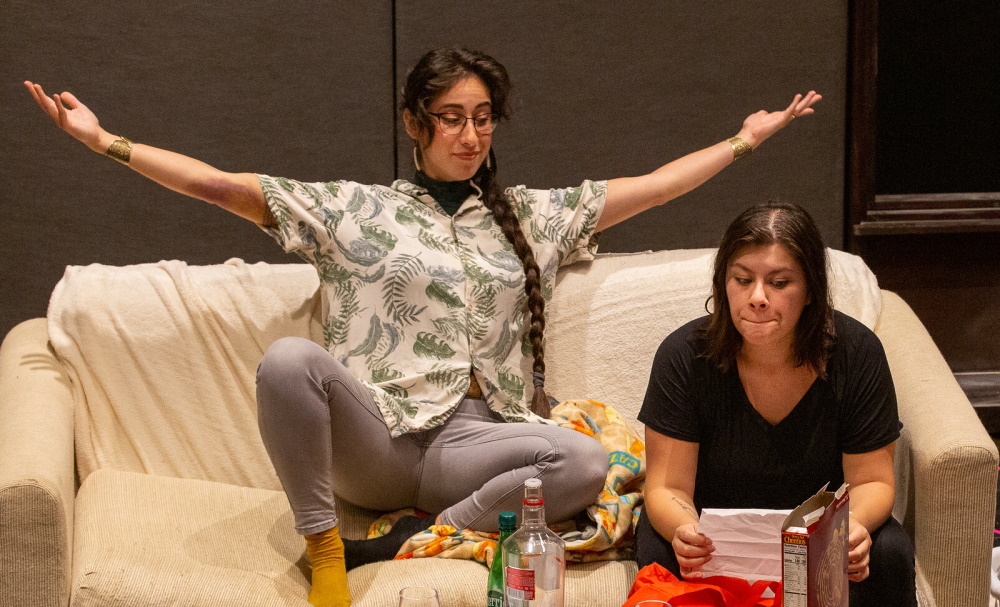 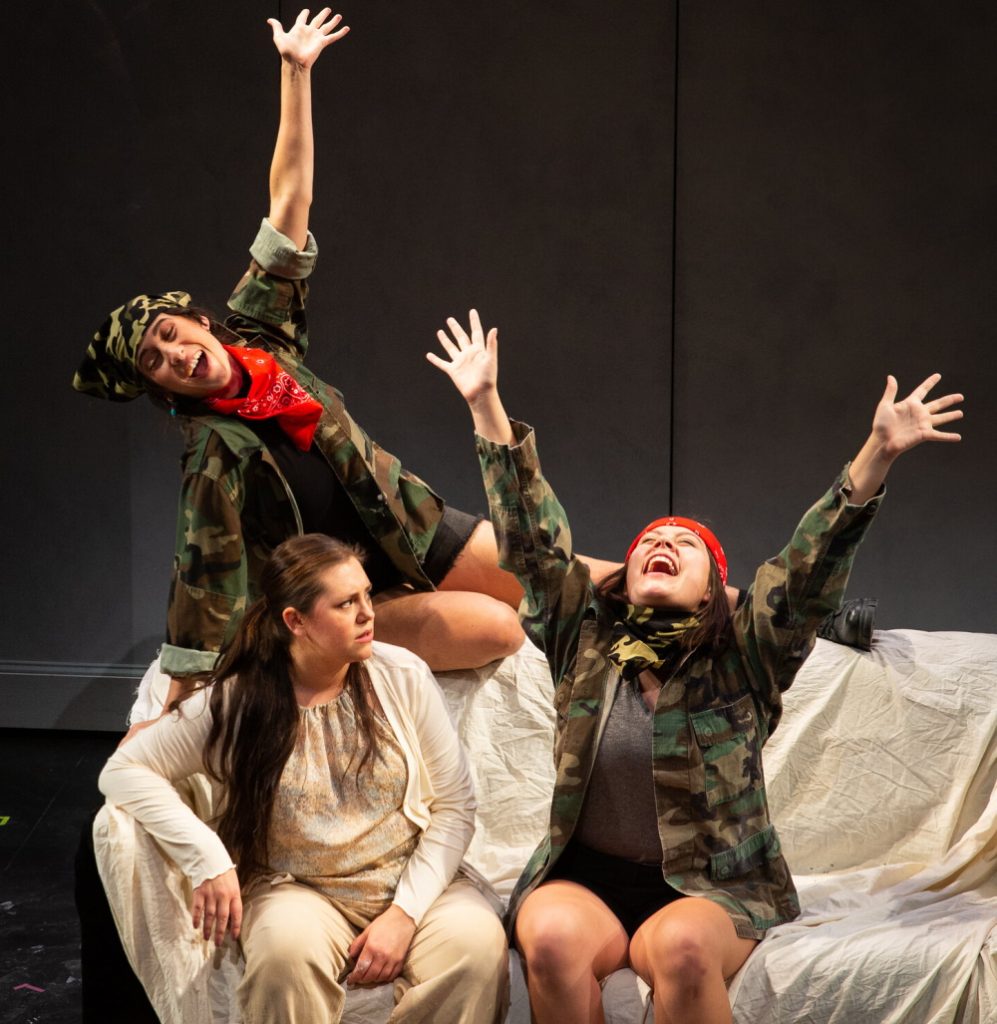 WAM Theatre’s press kit includes advice on how to approach reporting on their production of Kamloopa. A statement by the playwright, Kim Senklip Harvey, a member of the Syilx and Tsilhqot’in Nation centered in British Columbia, outlines “Protocols for entering the Indigenous Artistic Ceremony” – not only in general but for this play specifically. Top of the list: “Indigenous protocol is to be respected. Period.”

Readers are invited to do an inventory of their level of understanding of Indigenous world views, history and ceremony. I did. It was embarrassing.

Those she identifies as Settlers – “those whose ancestry is not Indigenous to this land” – are cautioned to take time to listen and experience, to simply “bear witness and participate” in this ceremony,  before presuming to critique or apply “comparative analysis” to our experience of the play. Which leads your white Settler critic to approach the piece with some humility and some hesitation.

You might think from this preamble that we’re in for a sober lesson in Indigenous history and current practice. The lesson is there, sure enough, but for most of the piece, the atmosphere is antic and the action broadly comic.

At the outset, the three performers circle in a ritual that portrays the historical (and masculine) erasure of their Ancestral Matriarchs and shapeshifting animal counterparts – Raven, Grizzly, Coyote – accompanied by voice-over in the playwright’s mother tongue, Nsyilxcin (translated in the script but not in Estefanía Fadul’s production).

Then the scene shifts to the messy apartment shared by two sisters in Vancouver (that is, on traditional Syilx territory). Kilawna (Sarah B. Denison) is the responsible one, with a steady job, a serious demeanor, and not a lot of patience for Mikaya (Ria Nez), a student who spends more time sleeping and drinking than studying.

Despite their contrary outlooks, they’re both fed up with being seen as exotic tokens and/or authoritative spokespersons. “I know more about this culture than about being an Indian,” Mikaya complains, and Kilawna adds, “They find out you’re Native and everyone looks at you with these constipated faces. Like you were once a real person and then all of a sudden you’re in a museum, standing behind the glass, holding a basket of corn.”

They recognize, though, that they’ve been ignoring – or repressing – their Native heritage. Kilawna seems okay with that, but Mikaya longs for deeper understanding and connection to her inheritance. Despite their cultural estrangement, they are intermittently visited on a sudden wind by the Matriarchs and Shifter spirits.

This thread recalls W.E.B. Du Bois’ concept of “double consciousness,” the state of “always looking at one’s self through the eyes of others.” And indeed, the sisters are constantly measuring themselves against majority expectations. The thrust of Harvey’s piece is the shedding of that self-consciousness in search of a truer sense of self.

Enter another young woman, a mysterious stranger who seems to have attached herself to the sisters during a drunken pub-crawl last night. She calls herself Indian Friend Number One. Played by Jasmine Rochelle Goodspeed (who hails from the Valley), she’s hip and chipper, informing the sisters that they’ve just been “enrolled in my school of How to Become a Real Indian.” Urging them to “stop putting yourself down” she issues Lesson Number One: “Believe in the brown.” 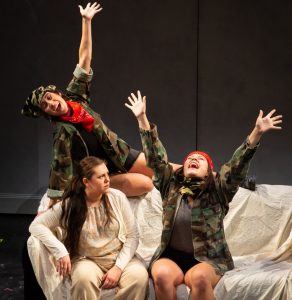 She’s a surprising guide – self-appointed and self-taught (via the Internet), bouncing between object lessons in Native history and off-the-cuff, off-the-wall jokes, while costumed (by Lux Haac) in a series of ironic t-shirts: “Sage Against the Machine, “I Was Told There Would Be Frybread.” A stream of self-satire runs through the piece, as the women’s quest to become “real Indians” stumbles against familiar stereotypes, from Disney’s Pocahontas to a hilariously outlandish ceremonial robe.

In WAM’s production, now playing at Shakespeare & Company, the entire creative team are artists who identify as women of color, many of them members of Indigenous Nations, including the cast. All three players offer lively, energetic performances – Denison’s Kilawna skeptical and impatient, annoyed at being called by her Shifter name, Grizzly; Nez’s Mikaya eager as a puppy to learn, and just as clumsy; Goodspeed’s Indian Friend (who later grudgingly admits her name is Edith) loose-limbed and high-spirited, a breezy confidence veiling her own novice status.

Notwithstanding Harvey’s insistence that the piece is no standard-issue play but an Indigenous ceremony, she understands that it will be seen by primarily Settler audiences, as well as Native audiences steeped in mainstream culture. So she’s structured it around familiar entertainment genres, from sitcoms to road movies, with music from musicals to hip hop, mingled with ceremonial moments.

Kamloopa is the name of “the biggest Powwow west of the Rockies,” and that’s where the trio heads for in the play’s second half – Mikaya eagerly, Indian Friend knowingly, Kilawna grudgingly. After several misadventures, they find themselves at the edge of the gathering, as the sound of drums carries the voices of the Matriarchs on the wind.