Stagestruck: Singin’ in the Storm 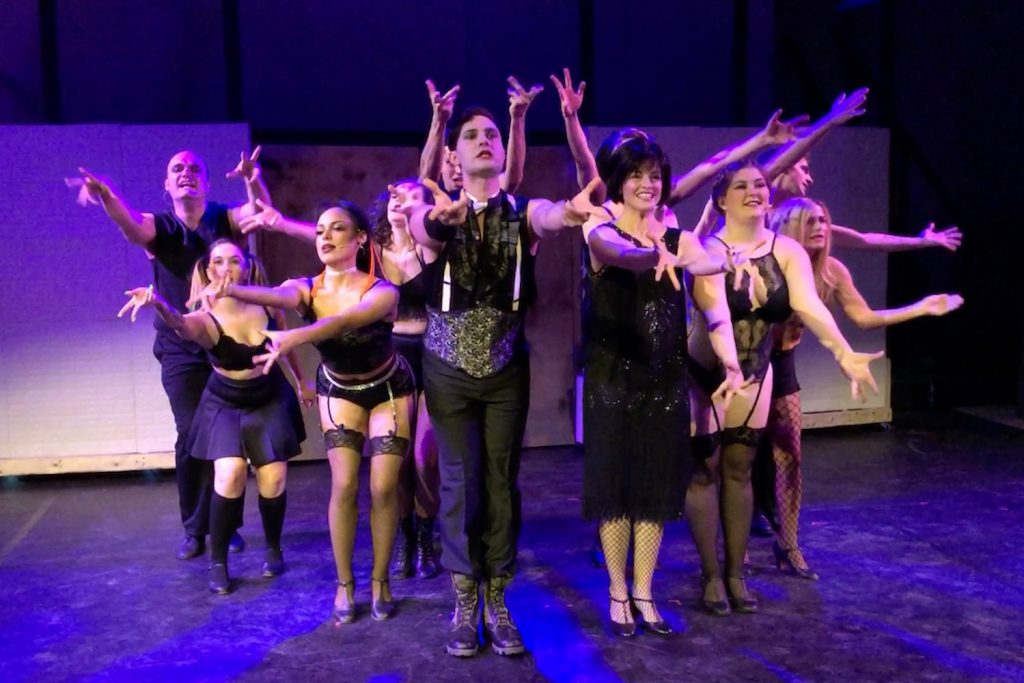 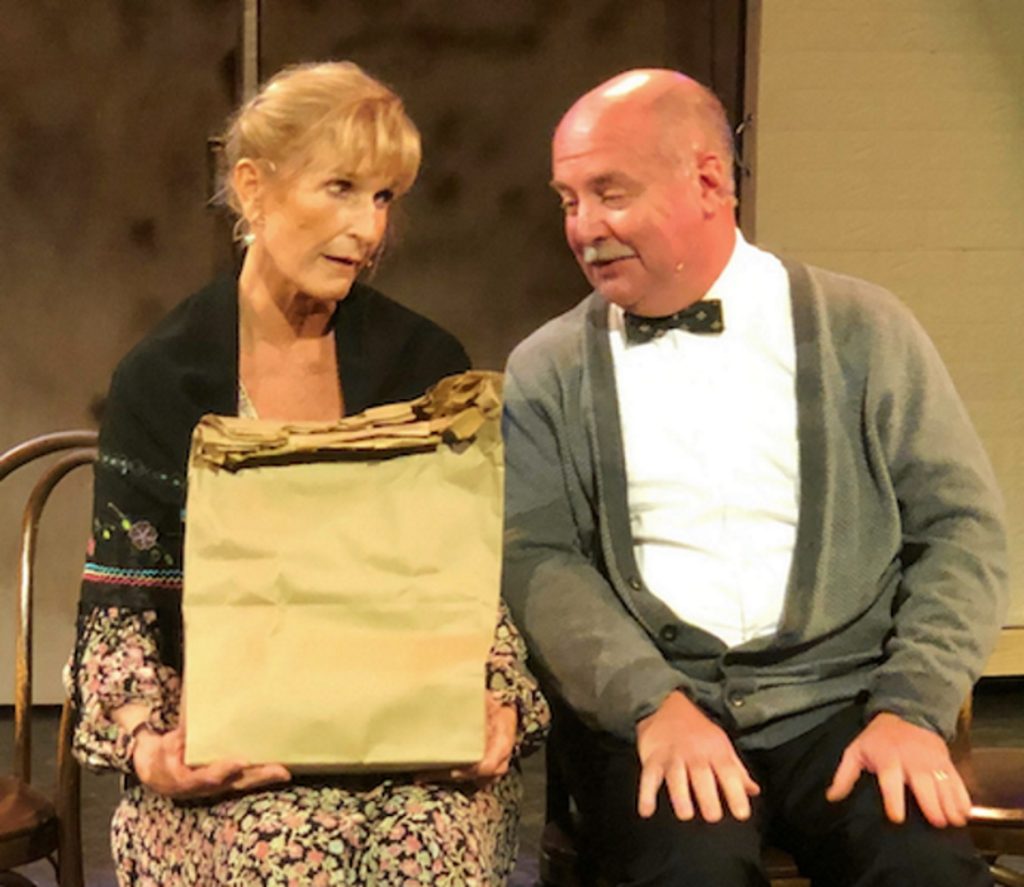 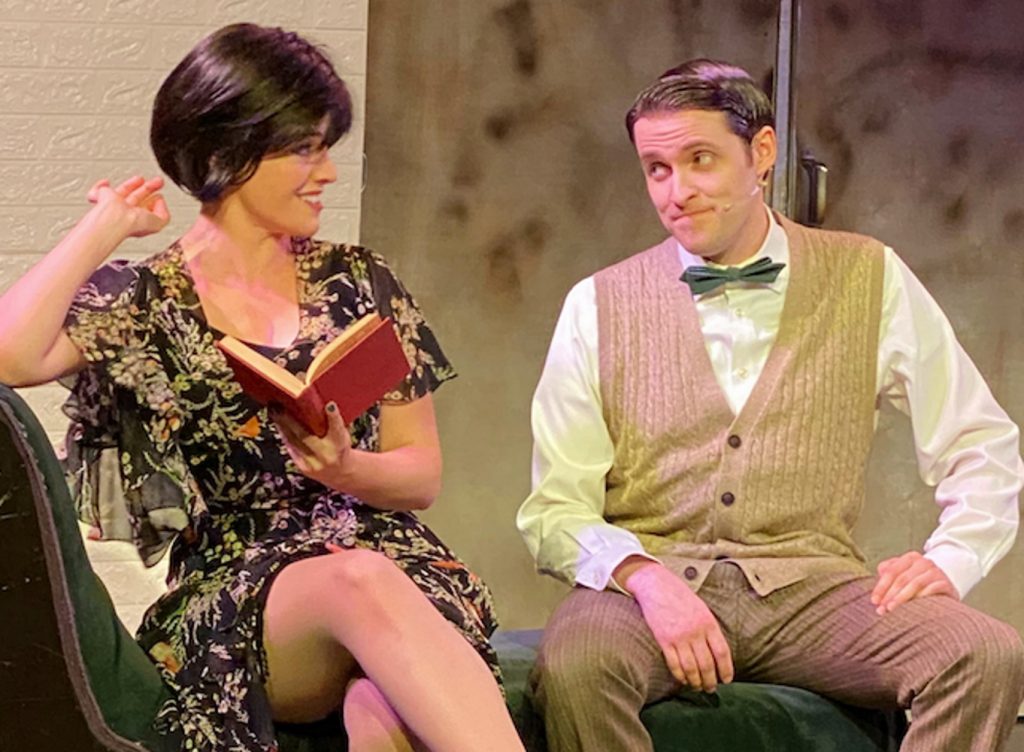 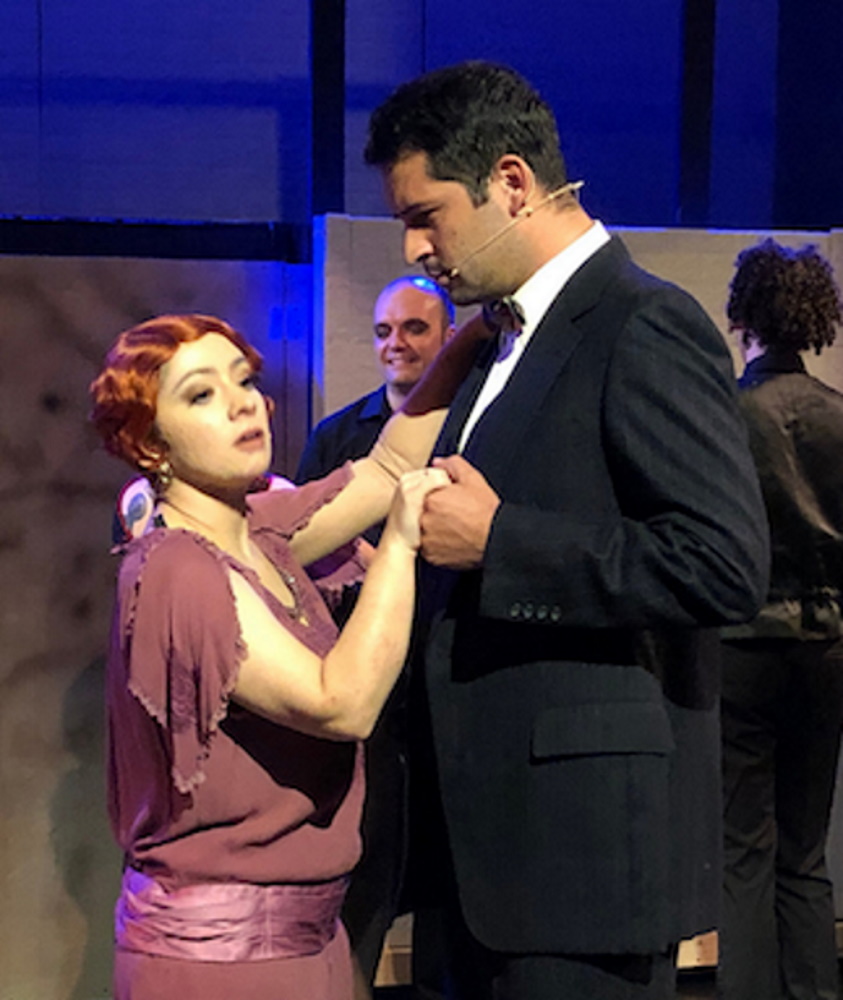 I didn’t much like the movie version of Cabaret. Because it was a vehicle for Liza Minelli, it deleted subsidiary characters and storylines not involving her, to the detriment of the stage musical’s ensemble character as well as its source material.

I’m happy to report that K and E Theater Group’s current production at the Northampton Center for the Arts features a superb ensemble who adroitly capture both the show’s infectious vitality and its painful trajectory.

The Kander and Ebb musical, which opened on Broadway in 1966 and grabbed a double fistful of Tonys, was based on John Van Druten’s 1951 play I Am a Camera and some of its source material, Christopher Isherwood’s 1939 Goodbye to Berlin, a lightly fictionalized diary of life in the decadent, dazzling heart of Weimar Germany on the brink of the Nazi Reich. 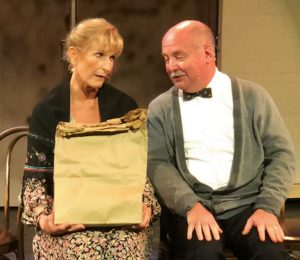 The musical shifts between two crossroads of the city’s life. There’s the shabby rooming house run by elderly spinster Fraülein Schneider, who is shyly courted by elderly bachelor Herr Schultz. Among her tenants is a clean-cut young American, Cliff Bradshaw (based on Isherwood himself), who’s come to the city to soak up atmosphere for his unfinished novel, and perhaps to flee a homosexual affair.

The other intersection is the Kit-Kat Klub, a seedy night spot where the artsy, eccentric and outcast gather. Its star attraction is chanteuse Sally Bowles, a vivacious young Brit who basks in the demimonde of prewar Berlin, sleeps around shamelessly and charms all who cross her path, including the callow Cliff.

Eddie Zitka is the triple-threat creator of K&E’s production. Not only the show’s director and choreographer, he plays the Kit-Kat’s presiding spirit, the wittily seductive, sexually ambiguous, vaguely sinister Emcee, giving an impish twist to the opening number’s “Willkommen, ladies und … gentlemen” while winking at the swastika’s rise. He’s masterful in all three roles.

Becca Greene-Van Horn and Gene Choquette are marvelous as the gray-haired sweethearts, she prickly and proper, he bashful but persistent. Jay Torres is sleekly charming as the enigmatic Ernst, who recruits innocent Cliff into a mysterious smuggling operation. Carina Savoie is spunky and funny as the scrappy young prostitute Fraülein Kost. 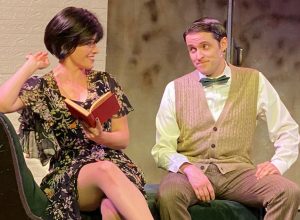 Christopher Marcus’s serious, reserved Cliff makes an effective foil for the freewheeling Sally, played by Myka Plunkett with a kind of desperate abandon that personifies the anxious defiance of the city’s kooks and queers, artists and Jews, in the face of the Nazi surge. Her insouciant club songs are movingly offset by the pensive “Maybe This Time” and a surprising, heart-wrenching rendition of the title song.

There’s no glittery cabaret curtain in Bruce Torrey’s bi-level set. Instead, the stage is backed by a white brick wall that opens out to reveal members of the tight eight-piece musical ensemble, led by Bill Martin. They are both the pit orchestra and the Kit Kat Klub’s house band for the show’s classic period-flavored score.

As the fascist clouds gather, Cabaret moves from happy-go-lucky to hellish. Zitka takes that looming darkness several shades further. At the production’s daring end, the shadows merge into a bleak emptiness that challenges us to hold our applause, and shudder.