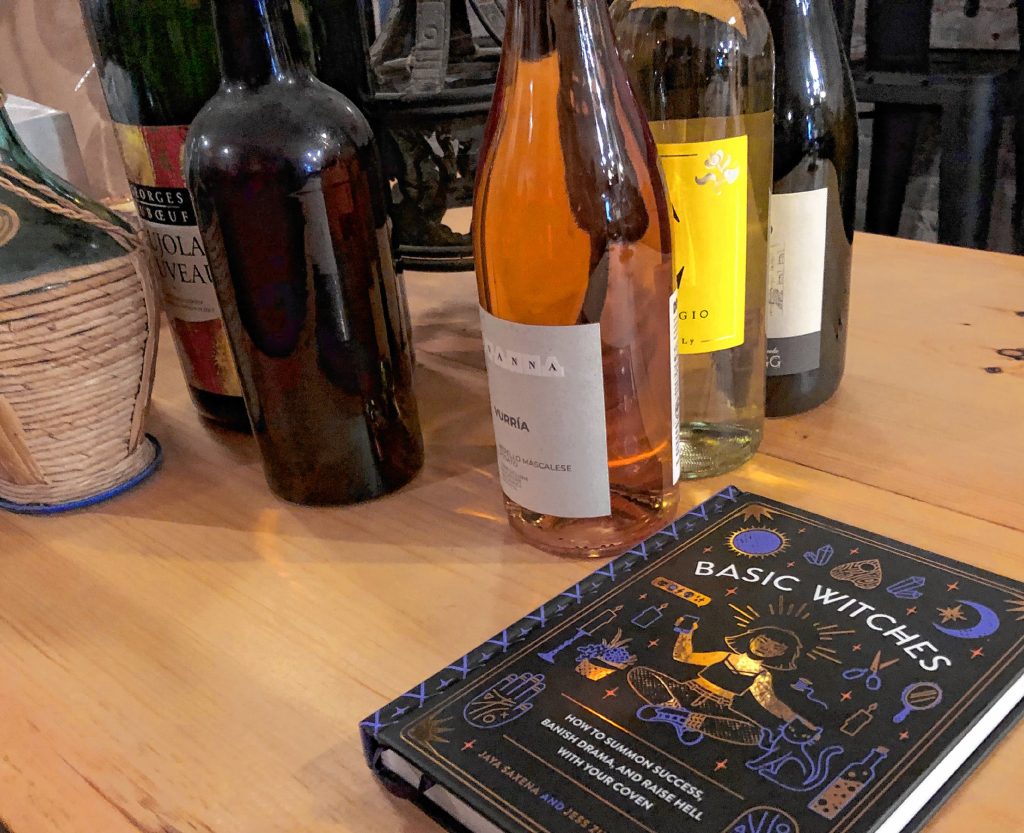 The Wine Witch, a new wine-focused restaurant to open soon in Northampton by Chef Michaelangelo Wescott and David Greeman will feature traditional-style wines, natural wines, and varietals. “We’re not gonna have 12 Chardonnays on the list,” says Wescott. 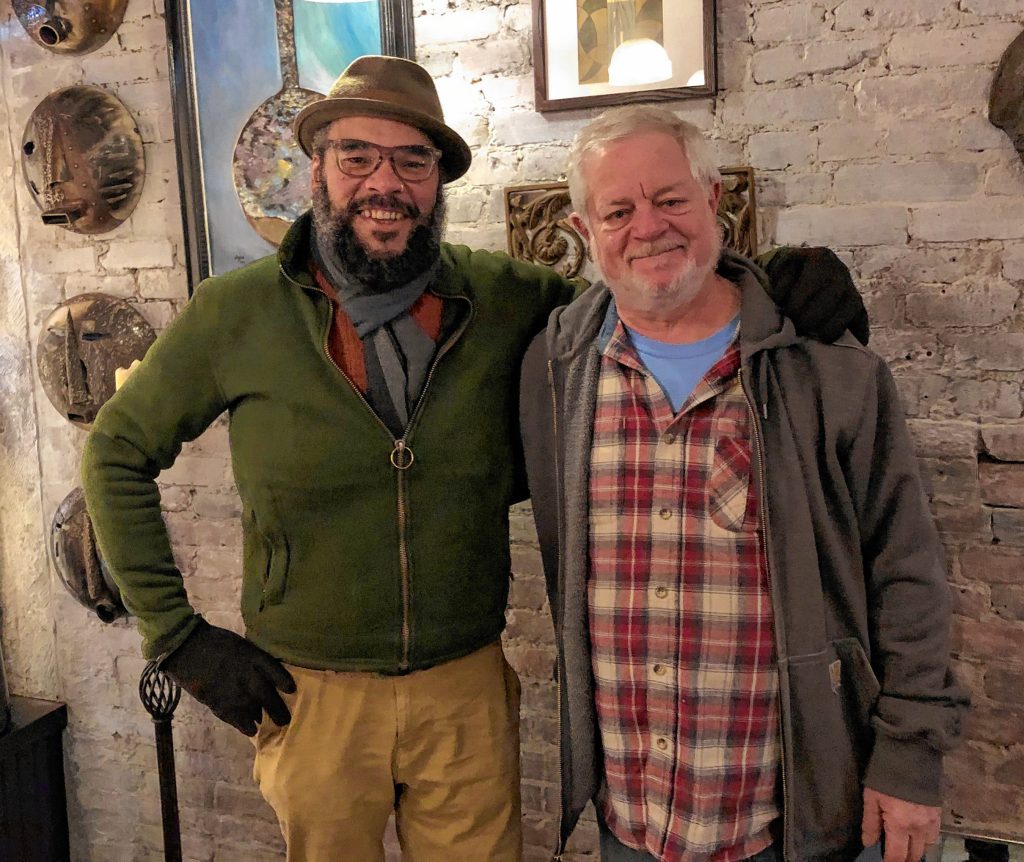 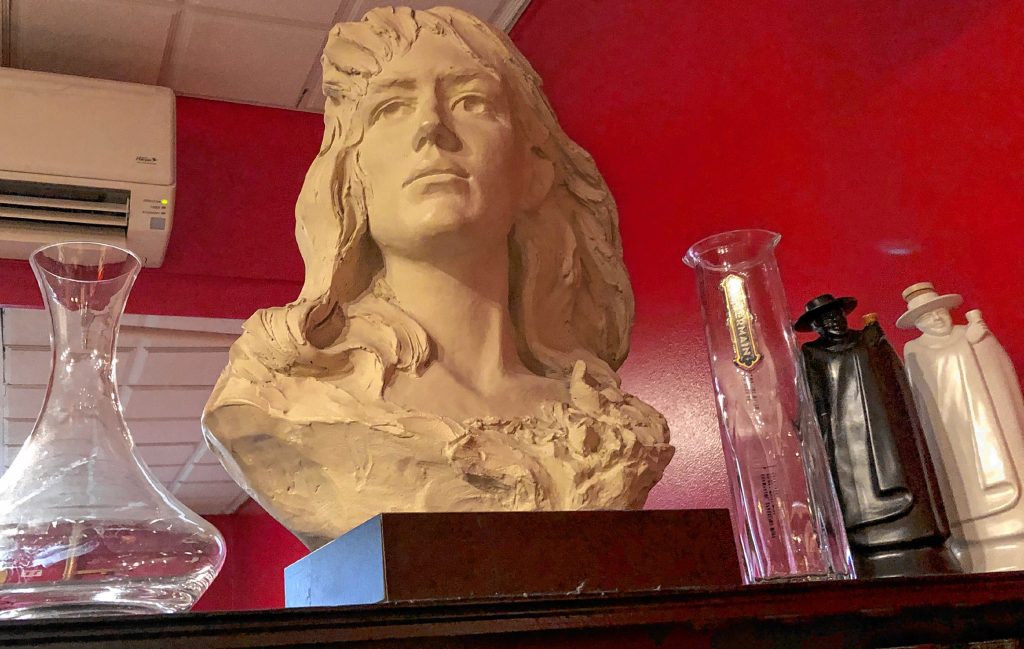 Some items on display at The Wine Witch, a new wine-focused restaurant to open soon in Northampton by Chef Michaelangelo Wescott and David Greeman. 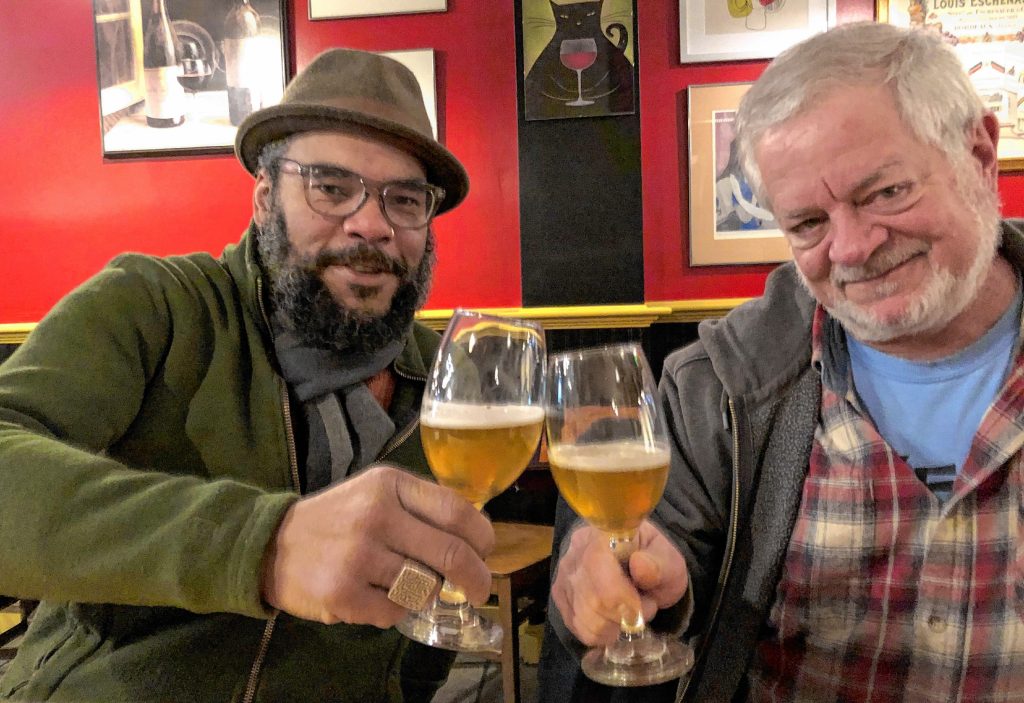 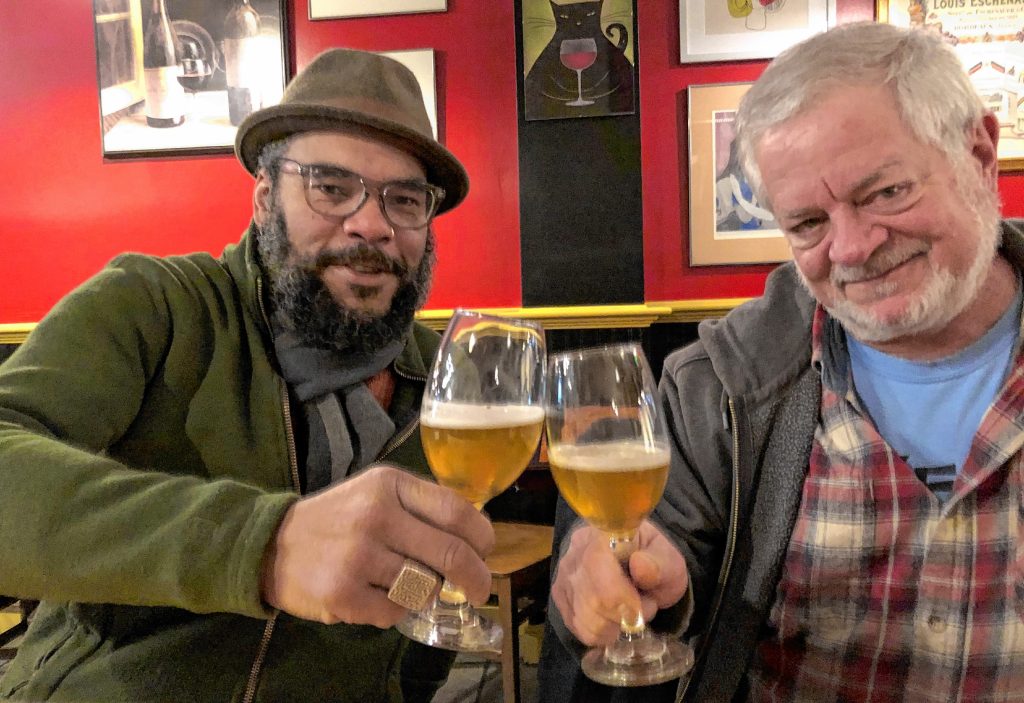 The witches in “The Scottish Play” warned of a monster of their own making. But this witch may become the best damned spot to go out. Something wicked AWESOME this way comes!

Chef Michaelangelo Wescott is opening a new restaurant on Main Street in Northampton, in the old Belly of the Beast spot. And he’s calling it The Wine Witch. Regular readers of this column might be familiar with Wescott, as he is one of my most frequent subjects in these pages; having followed his exploits in becoming a level one sommelier, exploring vineyards in western Massachusetts, or talking about the stellar wine list at his current restaurant, The Gypsy Apple in Shelburne Falls. His next endeavor is this French-inspired bistro, right in the heart of Hamp.

“We met cooking together at Green Street Cafe in 1999ish,” Greeman says, “We were co-chefs. A situation that may not be completely unique on the planet, but it must be pretty close. Too many cooks, you know … but in fact we inspired each other.”

Now the two return to Northampton, to 159 Main St., just a few blocks away from their old restaurant. They return to a much different downtown Northampton than the Northampton of the 1990s. One recently ravaged by the pandemic, leaving more than a-few-too-many empty storefronts, and a culinary scene that is curious at best.

Northampton also recently lost a wine bar. The Valley is a hotspot for beer, with legacy breweries like Berkshire Brewing and the Northampton Brewery, and incredible and uber-trendy newer players like Brick & Feather and Treehouse. Does the Valley need or want a wine-focused restaurant? “We have 10 beer taps,” Greeman says with a grin, “Oh, is that not the right answer?”

But the two share a vision of The Wine Witch that is more than just a wine bar.

“Wine bars have a little narrower focus than we do,” Greeman says. “I don’t want to do just tapas and 200 wines on the list. We don’t want to scare away people.”

And although Michaelangelo is a bona fide wine snob, The Wine Witch he wants to create is about more than just wowing customers with esoteric wine.

“We’re coming in very non-pretentious,” says Wescott as we chatted while seated around a narrow table that looks like it could seat about 12. “We’re just trying to create a place where people can come and chill. What I’m really creating is a community space. Hence, the community table.”

Behind me is a bar that was handcrafted by local artist Kamil Peters. There’s also a corner by the window with a comfy looking couch. Wescott says, “I have a higher end restaurant in Shelburne Falls. I do gourmet food. And I wanted something as elegant, but more casual. I think we’re creating more of a food-and-wine scene, rather than just a wine bar. We have some real cooking talent here.”

That cooking talent includes Wescott and Greeman. And another Green Street Cafe alum, Matt Sunderland, who will run The Wine Witch’s kitchen day-to-day. They’ll be doing lunch and dinner.

“Lunch is gonna be … I don’t wanna say provincial-style French, but kind of on that level,” Wescott says. “Home cooking, man. From the heart.”

He is particularly excited about the charcuterie boards, which he calls “charcoot,” which is cute. Such boards include a display of cured meats, cheeses, and accompaniments such as fruit, olives, nuts and spreads.

Wescott says, “One will be called The Nor’easter, with local cheese, local meats. One that I call The Lowcountry with pimento cheese, potted ham, pickled shrimp, biscuits, cheese wafers, honey comb. We got one called The Brooklyn Situation. I’m from Brooklyn so you gotta big-up on that one. It’s Italian-themed.”

Greeman adds, “The wine really needs to go with the food. We will advise. That’s why we have staff that is educated, and is continuing to be more educated.”

And what of the wine? The Wine Witch is hoping to keep it interesting. Wescott says, “We’re gonna have traditional-style wines. Natural wines. Varietals that you may have never heard of. We’re not gonna have 12 Chardonnays on the list.”

The Wine Witch’s working list is French-heavy, followed distantly by Italy, but with some surprising nations represented, like Bulgaria. A couple of wines that piqued my interest when I peaked at the list: Reverdito Nebbiolo 2018. And one of Mary Taylor’s wines — a Petit Chablis-Domaine Passy Le Clou. Most of the wines range from between $8 and $12 a glass, with more wines available by the bottle.

Michaelangelo is the sommelier but Greeman is no slouch when it comes to vitis vinifera. “I’m excited to learn about new grapes, new regions,” Greeman says, “I lived through Australia becoming a new region. And that’s a long time ago!”

So where did the name “Wine Witch” come from?

“The name was given to me as a nickname,” Wescott says, though he would not reveal who gave him the name. “I love it and I’m rolling with it.”

He confirms that his restaurant in Shelburne Falls will remain open. The man will be very busy, but busy with a mission.

After having beaten cancer a few years ago, Wescott was faced with another major health scare in the summer of 2020, when he contracted a horrible tick-borne illness.

“I had a lot of time to think. And also to figure out what my calling in life is. And it’s definitely not sitting around in a hospital,” Wescott says. “This year I’m gonna be like a cruise ship chef. I’m not gonna be taking a day off.”

That will significantly cut into the semi-regular lunches we’ve been having over the course of the last two years, chronicled in our Facebook group called “BYOG,” for Bring Your Own Glass. We bring stemware and some of our favorite wines to BYOB spots (or spots loose enough with the rules to let us get away with it).

Greeman says, “He won’t take any days off, but that doesn’t mean he won’t take off an afternoon.” The OG from the BYOG will drink with me another day!

But perhaps we won’t have to bring our own any more. Maybe the regular lunches will now be on Main Street in Northampton at his Wine Witch. When’s the grand opening? “The two principles will be very unhappy if we are not open when you are reading this,” Greeman says.