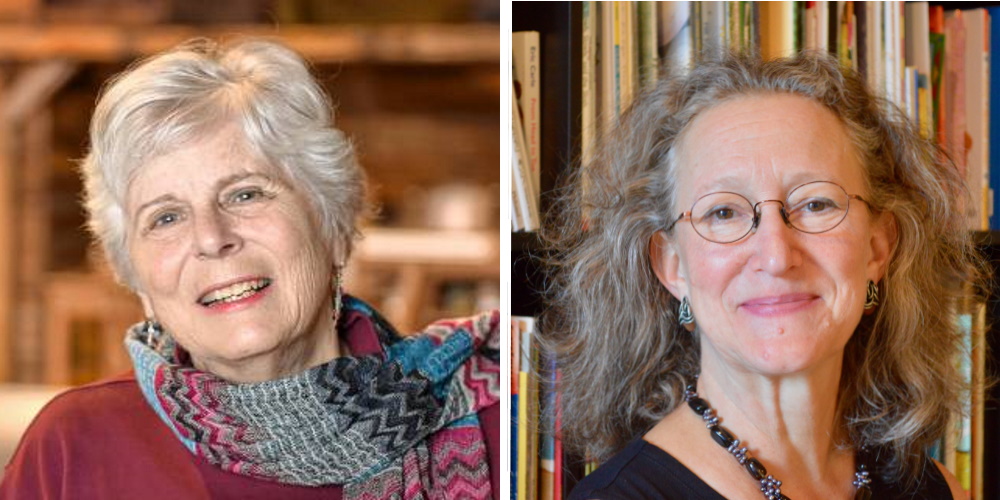 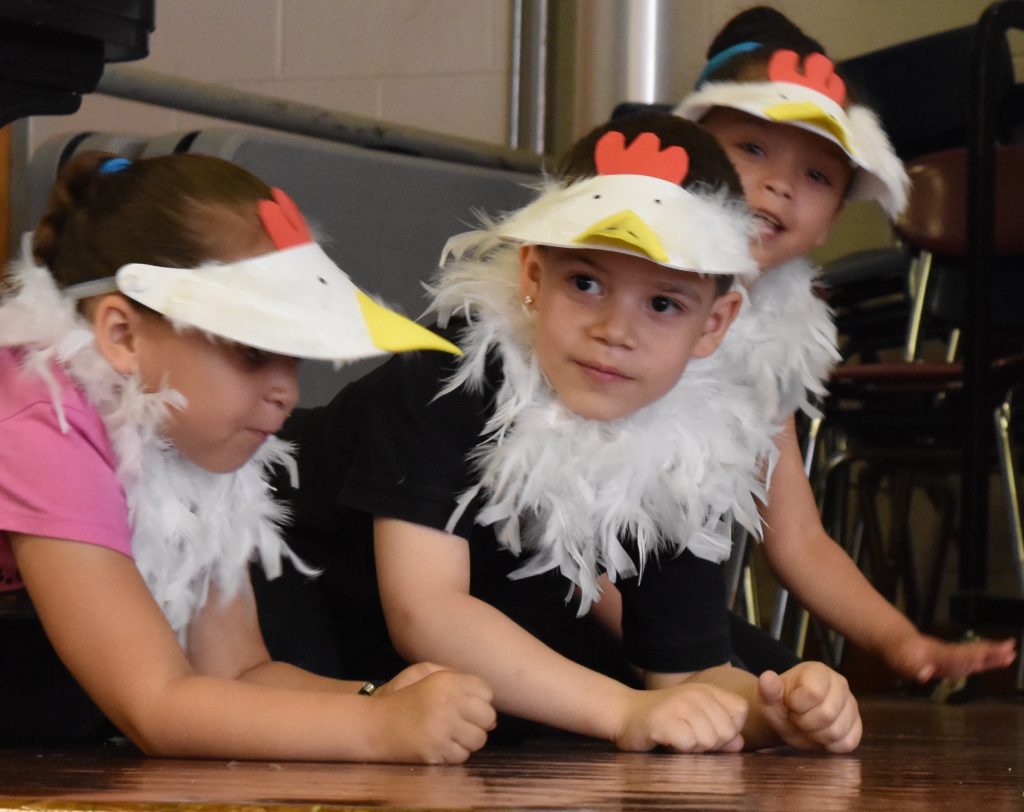 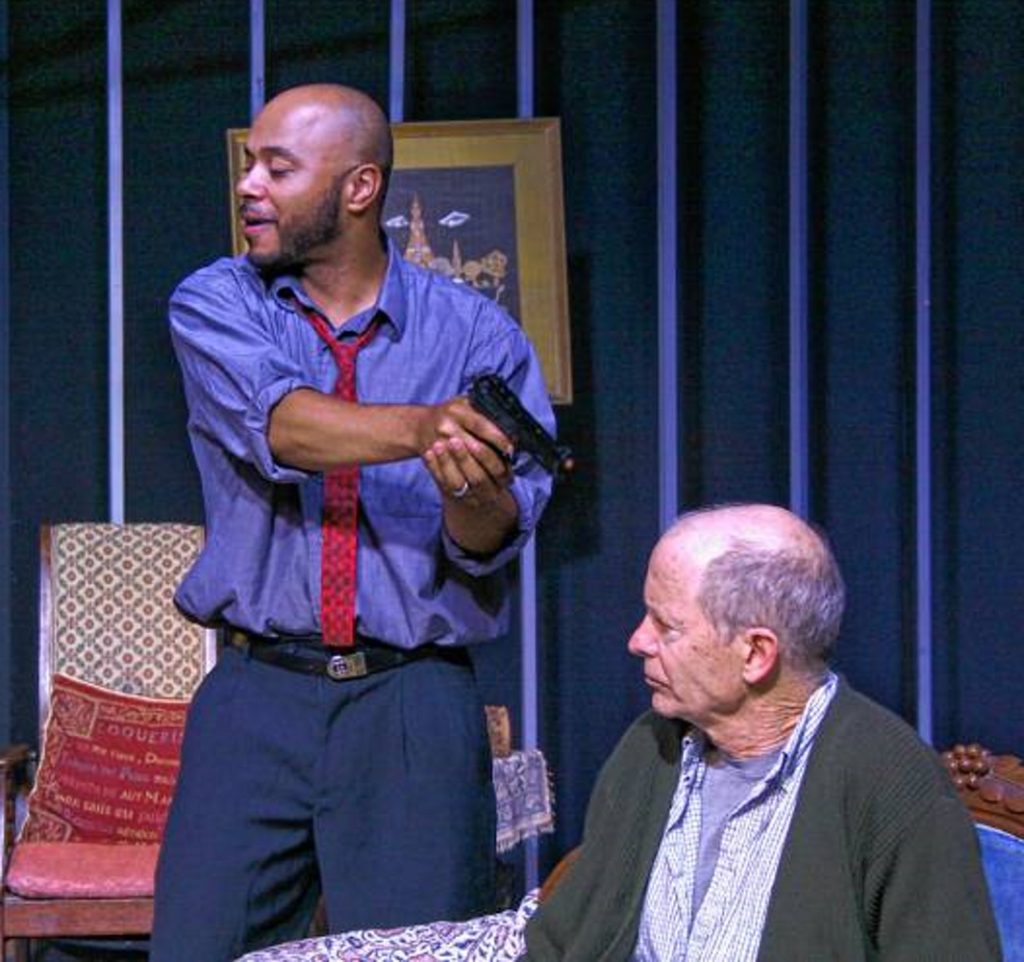 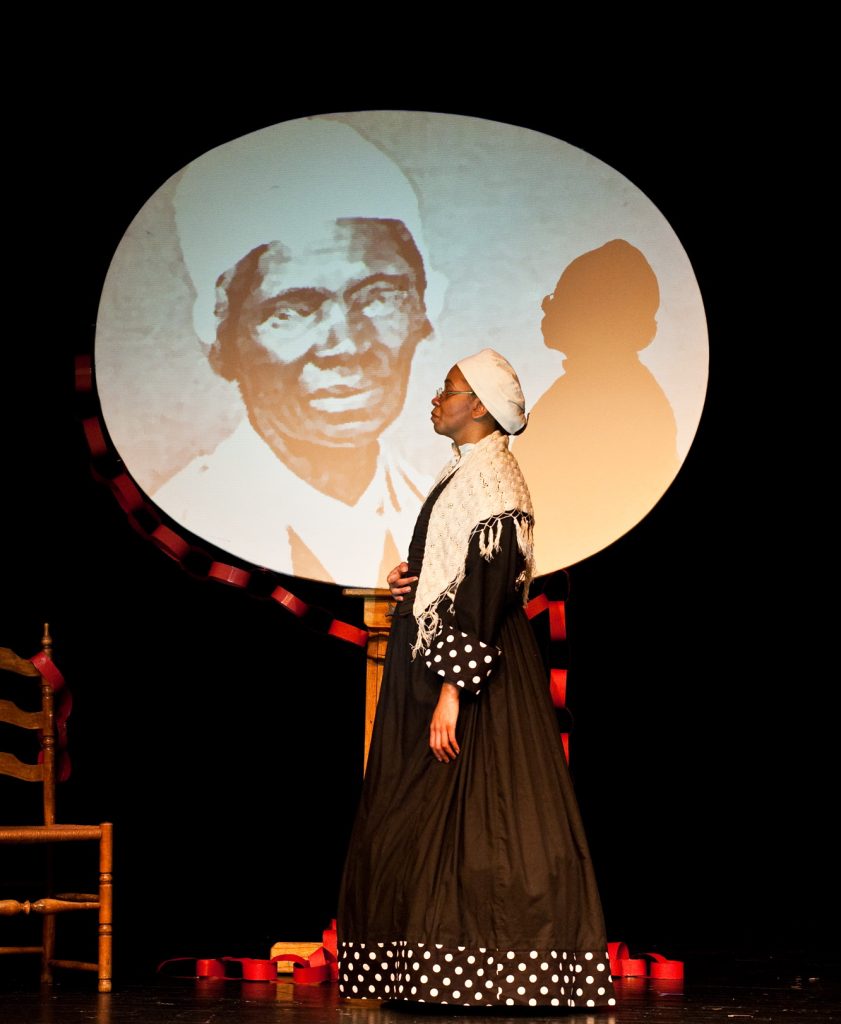 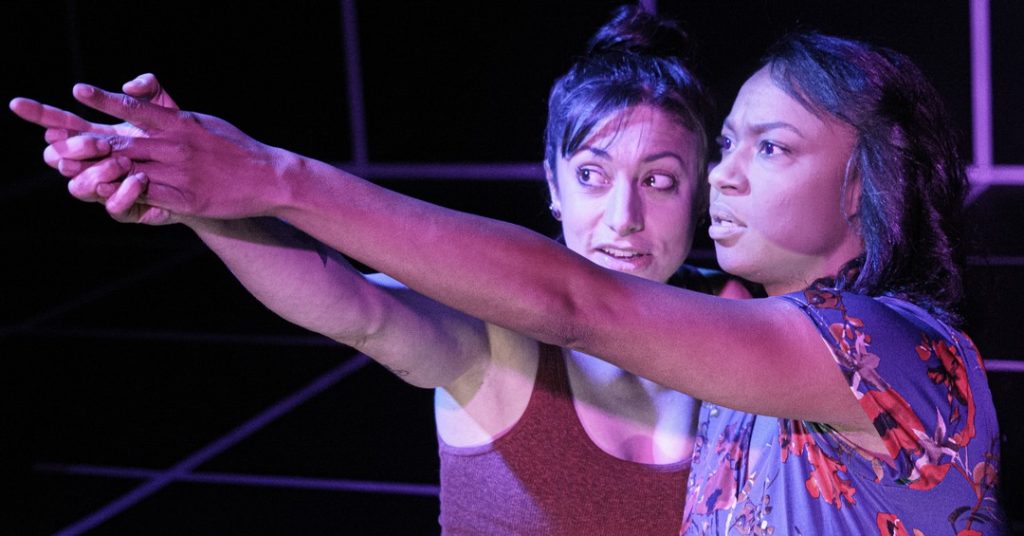 Two women leaders of Valley theaters retired at the end of last year from the organizations they’ve nurtured from seedlings into models of socially engaged theater. Priscilla Kane Hellweg leaves Enchanted Circle Theater after an even 40 years at its head. And Lucinda Kidder has retired for the second time from Silverthorne Theater Company, the troupe she co-founded in 2013.

I chatted with them recently as they reflected on the highs and lows, triumphs and tribulations of their respective tenures, from first inklings through Covid. Though Silverthorne is primarily focused on public performances and Enchanted on schoolroom teaching and training, the theaters have a lot in common, including emphases on community engagement and social-justice themes, plus histories of change and adaptation to meet new opportunities and challenges.

While Silverthorne has been the capstone of Lucinda’s long career in numerous theaters and arts organizations, Priscilla has been with Enchanted Circle ever since she graduated from Hampshire College in 1981. For both of them, what started as a leap in the dark with no long-term expectations has flowered into all-consuming passions and professional fulfillment. 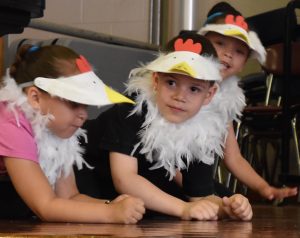 From Page to Stage at Enchanted Circle

“Enchanted was three years old when I joined,” Priscilla recalled. “I had been studying the performing arts, music, dance, education and healing. I thought, ‘Okay, I’ll do this for a year or two.’ But I found a vehicle and a company” — a vehicle that drew on all her interests and talents, and a company that she developed from a ragtag troupe performing culturally diverse folktales and children’s stories into a multifaceted engine for arts in education that employs a team of teaching artists and trains classroom teachers to integrate performing arts into the educational curriculum.

In 2013 Lucinda was approached about the possibility of starting a summer theater on the campus of the Northfield Mount Hermon School, where she had once been a student and then a teacher. “I said, ‘Oh, that sounds interesting.’ David Rowland had just retired from NMH, and we sat down and put together thoughts about both the performance and educational aspects, teaching summer-school classes while producing professional theater.” After a couple of moves, Silverthorne is now the resident theater in Greenfield’s Hawks & Reed Performing Arts Center.

Professionalism has guided both women in leading their respective organizations. “One of the foundations of our concept was that everybody would get paid,” Lucinda said. Priscilla nodded. “So many artists go from freelance paycheck to paycheck.” One of her proudest organizational achievements, she said, was “when we were able to bring all of our teaching artists onto the staff as full employees.”

Both of them admitted that at first, the biggest challenge in running a company was “the whole business angle,” as Lucinda put it. But “that was one of the wonderful challenges of learning as you go,” added Priscilla, who calls herself “a possibilitarian.” “If you need to do something, you figure out how to do it.”

When I asked them to identify moments of pride and “fun” in their work through the years, Priscilla said, “Going from individual work in schools to having an impact on a whole district and changing the way teachers engage students, was really thrilling and full of joy.” She recalled other highlights: performing at the Smithsonian Institution in Washington; creating immersive plays on such topics as the history of immigration and industry in Holyoke, Enchanted’s home base; and the personal honor of receiving a Lifetime Achievement Award in 2019. 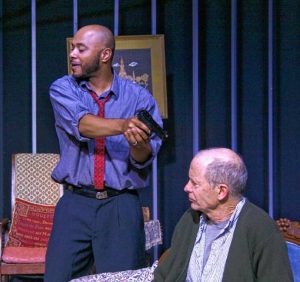 Lucinda pointed to “the world premieres we were able to put out there, finding these wonderful scripts that meant so much,” including the racially charged thriller White, Black & Blue and the satirical musical Tar2f! A particular point of pride comes from “being able to find our place in the Valley theater scene in what was a relatively short period of time, when you look at how long it’s taken other companies to do that.”

Engaging the wider community in conversations around the social and political themes in Silverthorne’s productions, she said, is “the kind of thing I love doing best” — for example, the series of public events surrounding The Diary of Anne Frank, “taking a classic piece and seeing how it relates to contemporary times, as well as connecting to other historical times, like the treatment of Native Americans.”

Two years ago, Lucinda retired from active leadership in Silverthorne, only to take the reins again when the new co-directors abruptly left the company. “When it all fell apart, I didn’t want the theater to go off into oblivion and I felt a great responsibility to help pick up the pieces and do what I could.” Still, she observed, “I’m not that young. I wanted to get younger people involved, I wanted to get new ideas involved. And then, of course, Blam!” 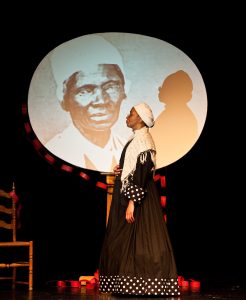 When Covid exploded in early 2020, everything went “blam” — the sound of doors slamming on schools and theaters alike. “Covid has been really hard,” Priscilla said, swallowing a lump in her throat. “Thank goodness for Zoom and Facetime, but it was emotionally exhausting to try to maintain the sense of company, the person-to-person connectivity. I’m sure that led very much to my feeling like it was the right time to move on.”

Lucinda’s second retirement was forced by a personal health crisis last summer, though she remains on Silverthorne’s board. She leaves the helm of a theater in transition, motivated by the younger people and new ideas she has championed, with a particular focus on work by and about women and people of color.

Priscilla is already involved in two projects that were previously sidelined by more immediate priorities at Enchanted. (“Capacity has always been one of our biggest challenges,” she said. “Things fall through the cracks.”) She’s finishing Activity Engaged, a workbook of theater games for teachers to adapt for classroom learning, and helping to establish an Institute for Arts Integration in partnership with Mount Holyoke College.

The two women recalled one project they directly collaborated on — the Summer Shakespeare intensive for middle-school students in Springfield and Holyoke, which was Lucinda’s brainchild when she was program director at the UMass Center for Renaissance Studies.

“We ran that program for a good ten years, and only stopped because of Covid,” Priscilla said. “Talk about impact. We had the highest retention rate of all the summer programs, because the students loved being there — ‘actively engaged’ in learning through performance.”