Illegal grow operations may be ‘tip of the iceberg’ in western Mass. 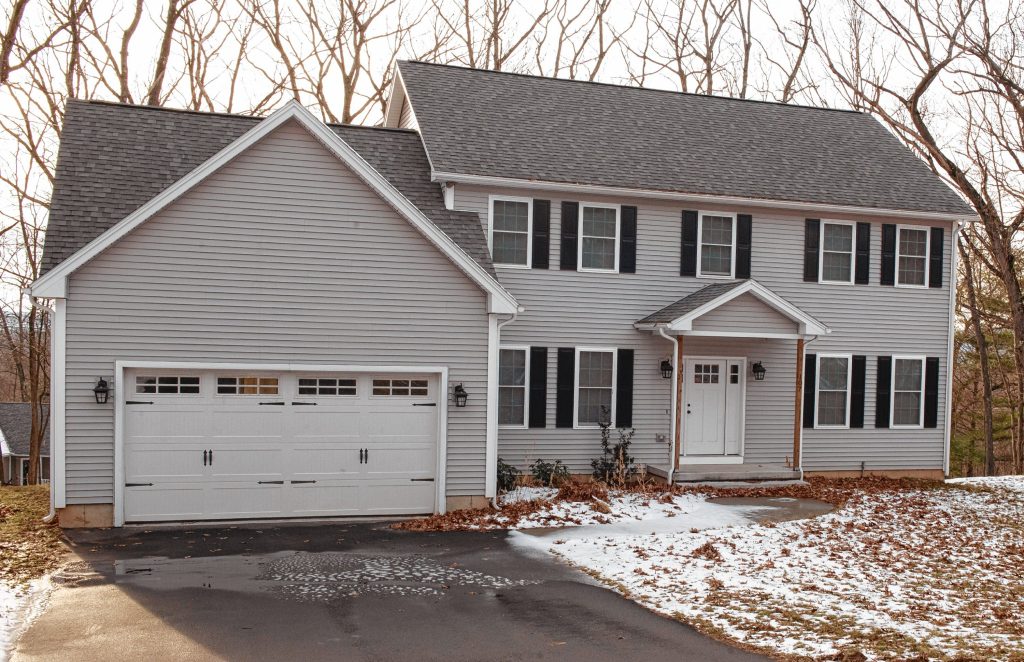 Police say this home at 107 Cross Road in Holyoke was used as an illegal marijuana grow house where they seized 800 pounds of pot last month. 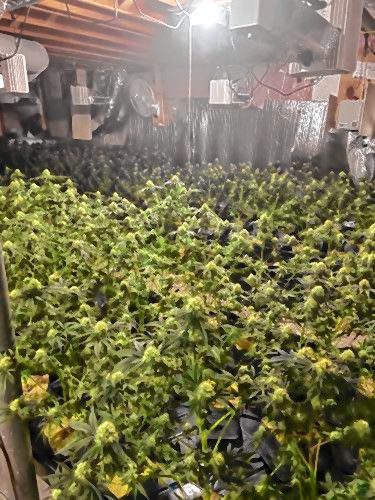 Marijuana plants seized from a home at 107 Cross Road in Holyoke.

When police raided a house at 276 Amherst St. in Granby earlier this year, they described finding an “elaborate” marijuana grow operation with nearly 1,400 plants, an extensive lighting system for six grow rooms and a packaging operation.

The person they arrested, however, did not appear to have been raking in money from his alleged involvement in the illegal grow operation. The Brooklyn man, Haolin Yu, was assigned a public defender and needed a Cantonese interpreter in court.

As Yu wept in court, his lawyer explained that Yu had no criminal history, and that he and his wife had limited means, a 2-year-old child and another on the way.

The house is owned by the company JJJ & Jay Inc., which a person named Xiu Yi Liang formed in 2020 shortly before it purchased the property for $365,000, property records show.

The case is far from unique.

Since 2020, there have been at least eight similar cases across western Massachusetts: police raid a residential home, find that it allegedly has been turned completely into a marijuana grow operation and arrest those at the home, who end up being Chinese immigrants. The homes are sometimes filled with mold, and the lighting and mechanical devices in them pose a high risk of fire. Nationwide, law enforcement officials have uncovered similar operations, including many that allegedly involve human trafficking.

Earlier this year, Holyoke police and federal Drug Enforcement Agency agents discovered another similar case at 107 Cross Road, where they seized some 800 pounds of marijuana that they said has a street value of more than $1.6 million.

When police showed up, nobody was at the home, which Xinghaun Chen purchased in May 2021 for $459,000, according to property records. Police said the utilities were under the name of Jinji Chen, with an address out of Flushing, New York.

Hampshire County District Attorney David Sullivan’s office is currently prosecuting several similar cases. Those include Yu’s case in Granby as well as Canhui Wu and Huoqiu Wu, who were arrested at a single-family, ranch-style home at 24 West St. in Belchertown in early 2021 after police alleged that they found them in a house with 800 marijuana plants growing.

Both needed Cantonese interpreters, were found to be indigent and were appointed public defenders.

“We have noticed recently an uptick in these grow houses popping up in western Massachusetts and Hampshire County in particular,” First Assistant District Attorney Steven Gagne said recently.

Massachusetts law allows residents to buy marijuana from licensed dispensaries and to grow up to six plants at home for personal use. Gagne said despite the state legalizing marijuana, there continues to be a “lucrative market” for illicit marijuana.

“It seems to be economically worthwhile for these criminal actors to mortgage these homes, convert them into grow houses, pretty much destroy them in the process and then eventually just walk away,” Gagne said, speaking generally and not about any one particular case.

He said a straw purchaser, backed by somebody else higher in a criminal organization, will mortgage a house by putting down as little money as possible with the full intention of walking away and defaulting. “It’s basically turning into a rental until such time as their luck runs out.”

Often, Gagne said, the people whom police arrest when they raid an alleged grow house are low-level players in an operation — people whom “whoever is funding these operations frankly doesn’t give a damn about.”

“Usually the person left holding the bag is the low-end, front-line worker who’s actually there tending the crops, so to speak,” he said.

When asked why his office is still prosecuting the cases, then, Gagne said such grows are still illegal, have a detrimental effect on communities and are “fueling an illegal and oftentimes dangerous drug trade.”

“We just can’t turn a blind eye to these massive operations when they’re happening,” Gagne said. He added that the consequences for those arrested are typically probation, fines and the police seizure of assets. “Very rarely do they result in lengthy periods of incarceration.”

The Hampden District Attorney’s Office didn’t have much to say about the trend or the cases it is prosecuting. In response to an interview request, a spokesman said that since marijuana was legalized in 2016, the “illicit marijuana market continues to present public safety challenges here locally.”

Those cases in Hampden County include four alleged grow operations that Westfield police have raided just this winter. At one such raid, four suspects were arrested, according to The Westfield News: Qindi Xu, 69, and Jinking Xu, 70, both of whom gave no address, and Kongyi Yu, 52, of California and Jiafan Huang, 58, of Quincy.

In an interview with The Westfield News, Westfield detective Brian Freeman connected the indoor marijuana growing endeavors in Westfield to those in Holyoke, Belchertown, Granby and in other states like California, Colorado and Washington. Freeman did not return multiple voicemails left by the Gazette in recent days.

In Berkshire County, prosecutors have brought similar charges against the owner of a Savoy home, Bin Huang, and are attempting to seize the house and $101,000 recovered from Huang’s bank account. Two other defendants in the case who have no ownership interest in the house, Yebin Mai and Deming Wu, are set to go to trial after rejecting the state’s plea bargain offers that included unspecified forfeiture of assets, The Berkshire Eagle has reported.

Federal authorities have also prosecuted similar cases in the area.

In July 2020, the U.S. Attorney’s Office announced criminal charges against Weiqing Li and Li Qin Li, whom they accused of running “commercial-style marijuana grow operations” at five properties in Palmer and Monson, including residential homes and one warehouse.

The Republican reported at the time that Charles Dolan, who was appointed as Weiqing Li’s attorney, said that Li was an “extremely minor player” in the operation and that he had no prior criminal record after arriving in the United States in 2011. Dolan said that Li had a wife and two sons in Chicago, that the couple opened a restaurant that failed in 2019 and that Li worked at a Chinese restaurant until the COVID-19 pandemic forced it to close, the Republican reported.

Dolan declined to comment for this story. Last April, federal prosecutors moved to dismiss the case against Weiqing Li and Li Qin Li.

“In support of this dismissal, the government states that it has recently received evidence which makes it impossible for the government to prove its case as charged and thus dismissal is in the interests of justice,” federal prosecutors said in a court filing.

The most recent cases in western Massachusetts are not likely to be the last, according to those in the law enforcement community.

“This issue is very much front and center of law enforcement’s radar right now, and the recent takedowns that we’ve seen may be the tip of the iceberg,” Gagne said.

Dusty Christensen can be reached at  dchristensen@gazettenet.com.