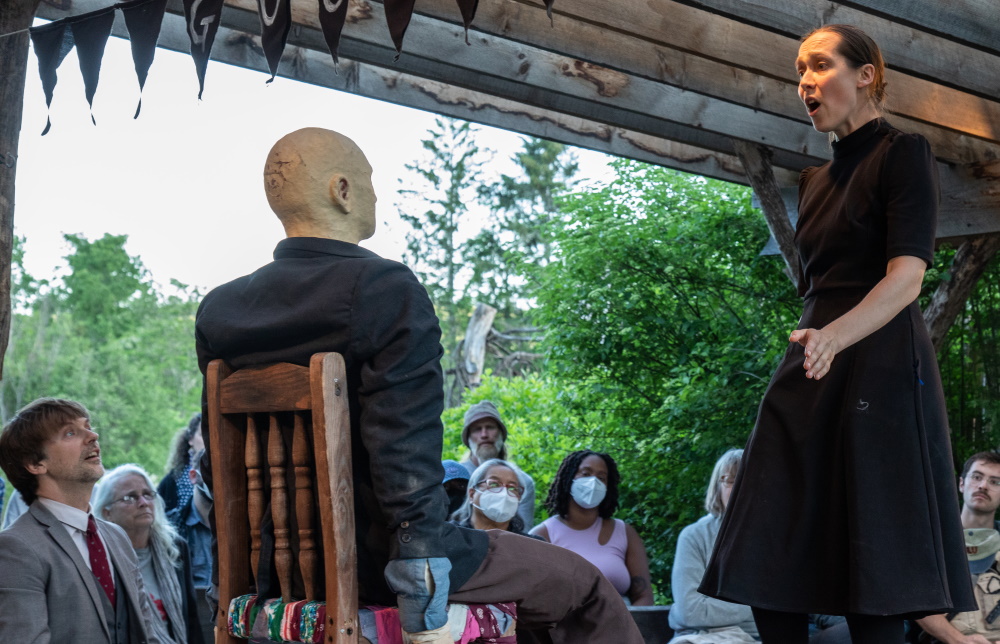 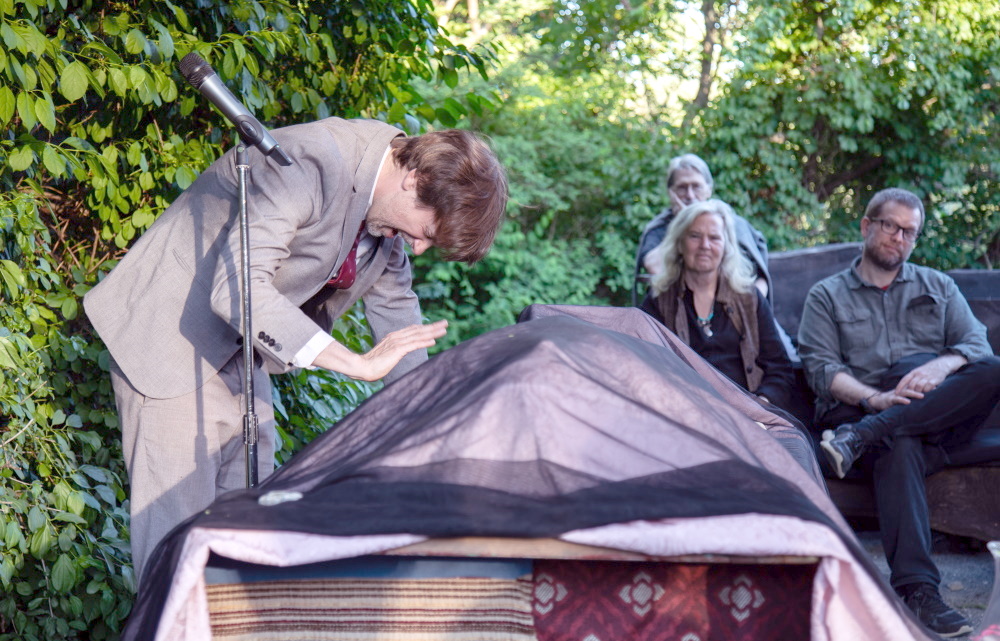 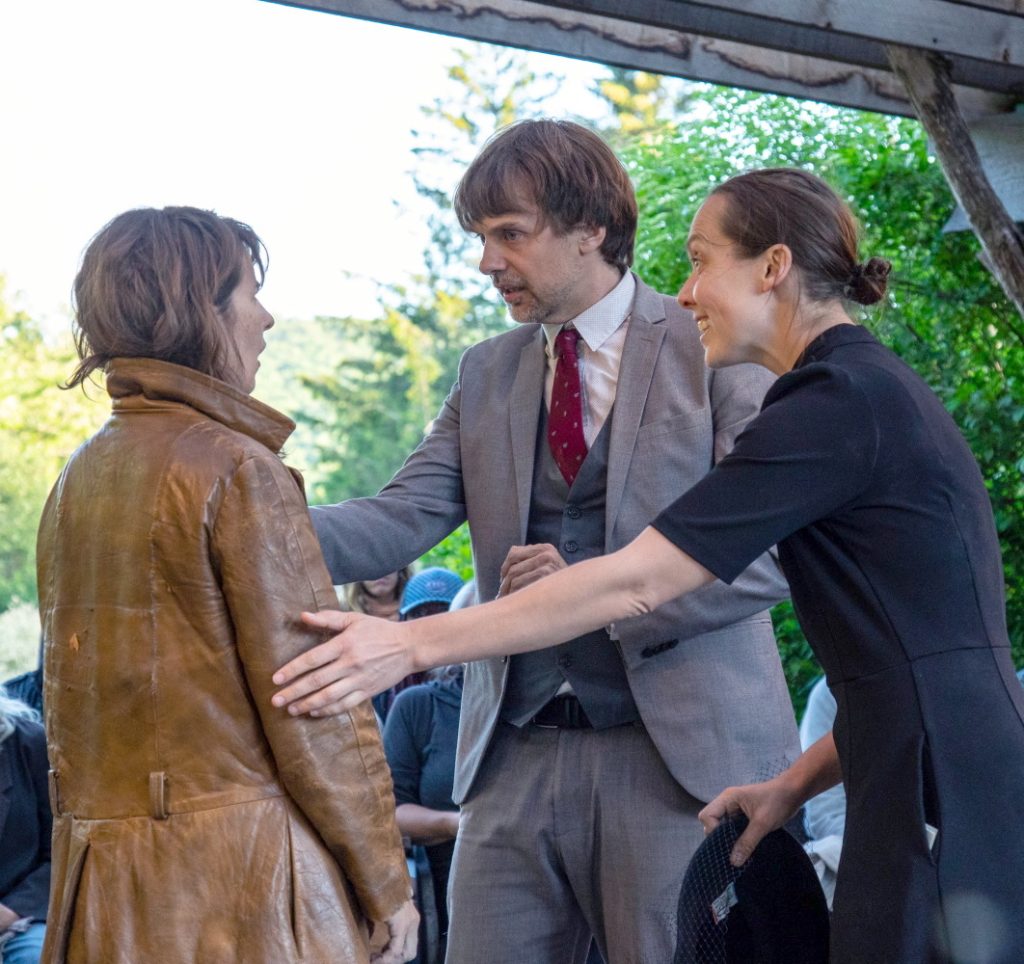 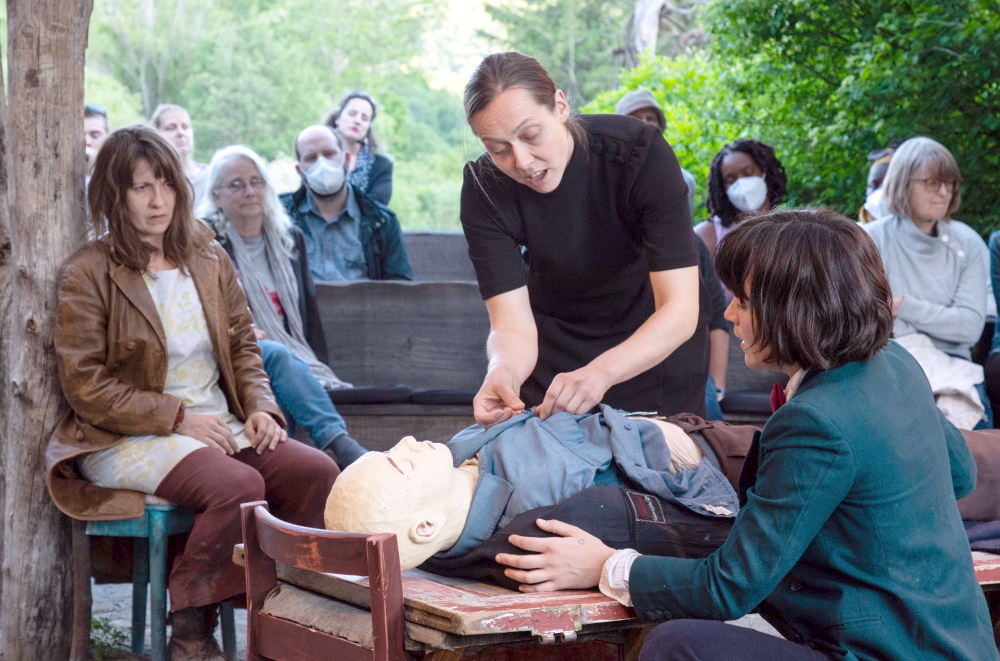 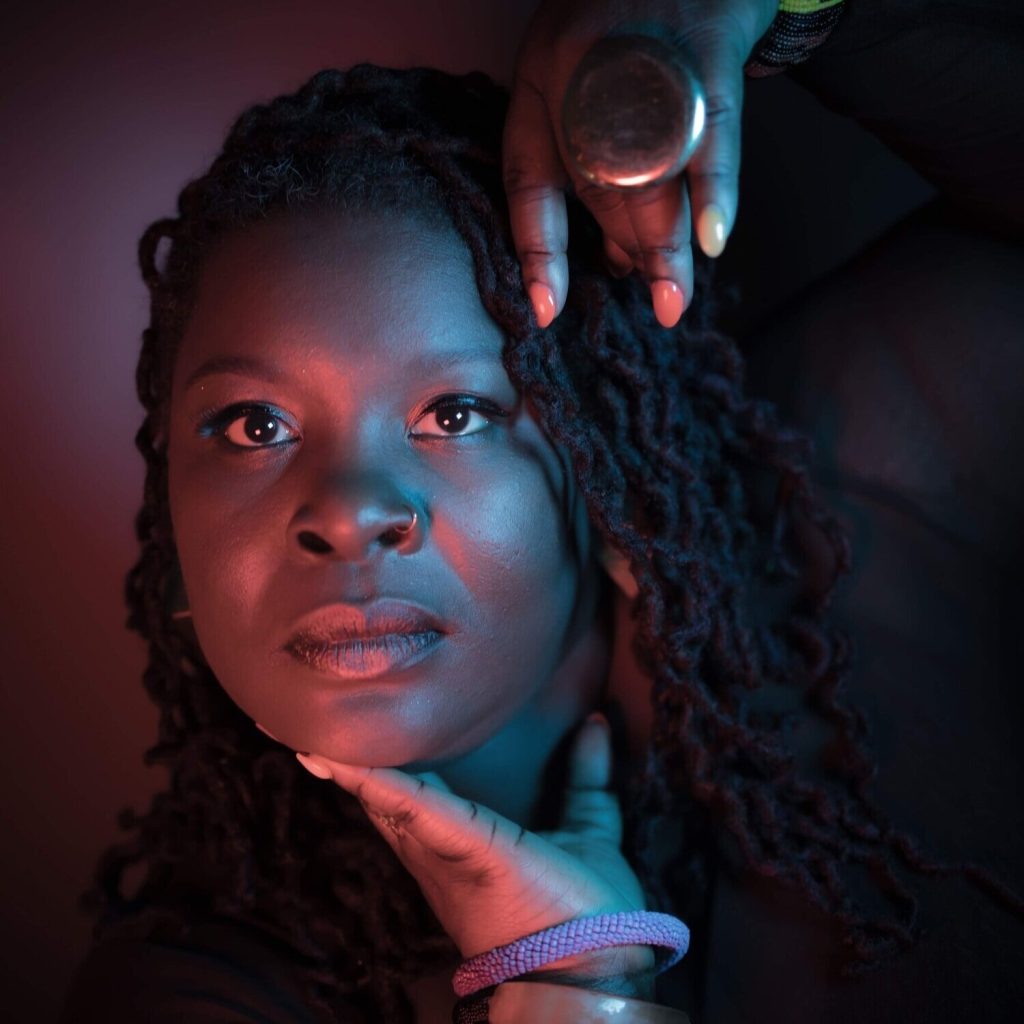 When I visited Double Edge Theatre last weekend, over a dozen performances had already taken place this season. The troupe is 40 this summer, and they’re celebrating on their Ashfield campus by hosting two international festivals of work by like-minded theaters, in addition to producing a new spectacle of their own, under the umbrella title RITES.

It all began last month with a five-day jubilee of performances from around the world, a collaboration with the Magdalena Project, a Welsh-based network dedicated to supporting, studying and disseminating women’s performance work.

Larry Spotted Crow Mann’s solo show Freedom In Season, commissioned from the Ohketeau Cultural Center in Ashfield, told the story of Nipmuc ancestors who fought in the Civil War and were rewarded by being dispossessed of their lands and children.

The piece I caught up with last weekend was Will You Miss Me? from The Hinterlands, a Detroit-based company that traces family and traditions back to Appalachia. The workshop production-in-progress, partly developed at Double Edge, takes place during a rather peculiar funeral for a decidedly unconventional corpse. 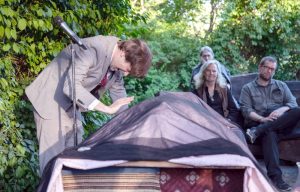 It was performed outdoors – Double Edge regulars have come to expect this – under a high rough-hewn arbor with a dusty earthen floor, against a wall of ivy. A man called Preacher (Richard Newman) and his black-garbed partner, Faith (Liza Bielby), eulogize a black-shrouded body and line out old-timey white-gospel hymns. A shy assistant (Livia Chesney) occasionally speaks in an all-but-forgotten Gaelic tongue.

Preacher intones, “We are here today to mourn a loss … a son, a brother, and a friend. We sense his absence, and we mourn it. But we also mourn the loss of something inside ourselves.” The style is heightened, edging toward parody, but the show’s message, half-hidden in that last sentence, is deep.

The ritual is interrupted by a dusty traveler (Jenna Kirk), drawn by the singing. A lost soul whose memory of the past fades farther away with every step, she’s effusively welcomed and incorporated, bewildered and little alarmed, into the service. 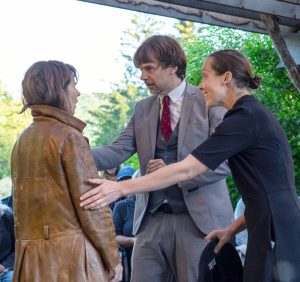 She’s also the catalyst for disruption of what turns out to be a daily ritual: a funeral that never actually deposits the guest of honor in the ground. In the show’s coolest coup de théâtre, at one point the body tumbles off the makeshift bier and is revealed to be a mannequin. Just as we’re thinking, Well, this is theater, we’re meant to suspend disbelief here, the astonished traveler cries, “It’s a dummy!” and we see it’s a stand-in for all the pilgrims who have trod life’s highway to this absurd farewell.

Richard Newman told me afterward that the piece is drawn from the actors’ own lives and those of other descendants of white migrants from the depressed hills of Appalachia to jobs in northern factories – a kind of parallel to the Great Migration that brought waves of Black people north in search of work. Here, too, the outsiders, “hillbillies” with funny accents and quaint customs, were scorned and abused, either striving to assimilate or struggling to maintain their own identity.

The ensemble call their show “a funeral for whiteness,” an elegy for roots lost or abandoned,  with perhaps the implication that those losses create a vacuum that misdirected resentments and fantasies of replacement can be sucked into. 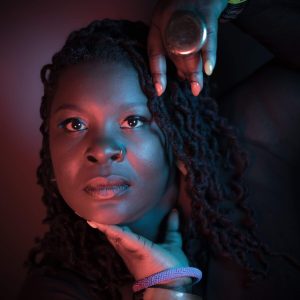 As if in answer to that show, this weekend the Constellations festival concludes with In The Name Of The Mother Tree, a “theatrical ceremony” from Ebony Noelle Golden’s Jupiter Performance Studio in Harlem. Inspired by and incorporating the work of Black queer feminist poet Alexis Pauline Gumbs, the piece “explores the magic, mystery, and medicine of a people charged with remembering their ancestors’ earth-saving rituals.”

Commissioned by the Apollo Theater and the National Black Theater and developed at Double Edge, the show runs June 8-12 on the grounds of the Double Edge farm in Ashfield. Tickets here.

The 40th-anniversary season concludes next month with an echo of the troupe’s very first show. The Hidden Territories of the Bacchae, running July 20–August 6, is a “response” to Euripides’ tragedy of power and blood, “in which women’s rites are no longer in hidden territories but freely able to express their deeply held desires.”