Stagestruck: The Artist and the Rebel 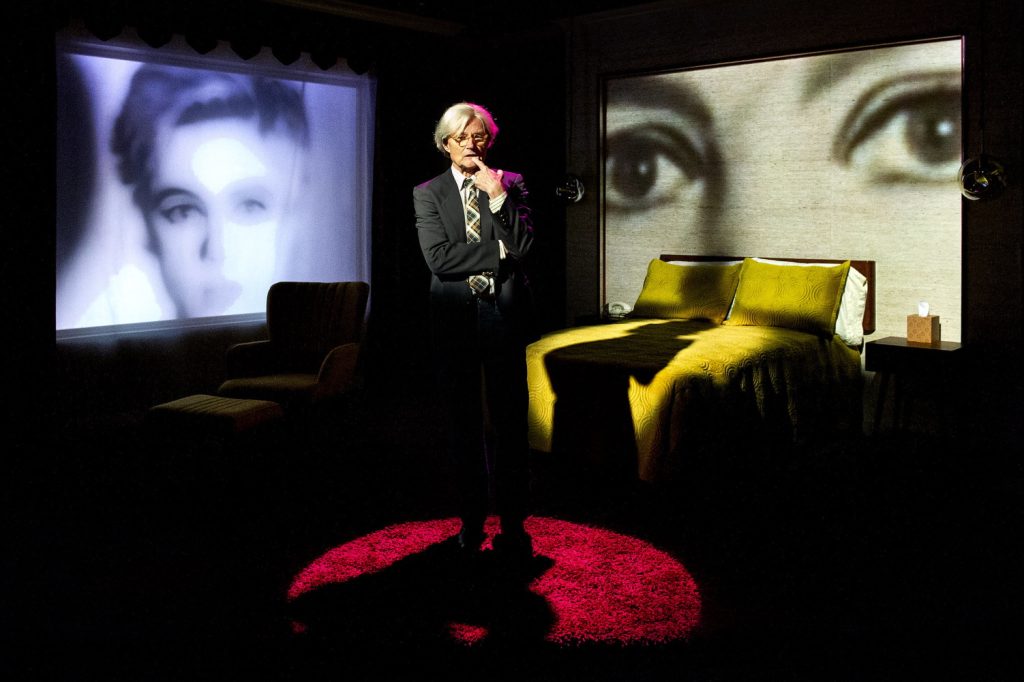 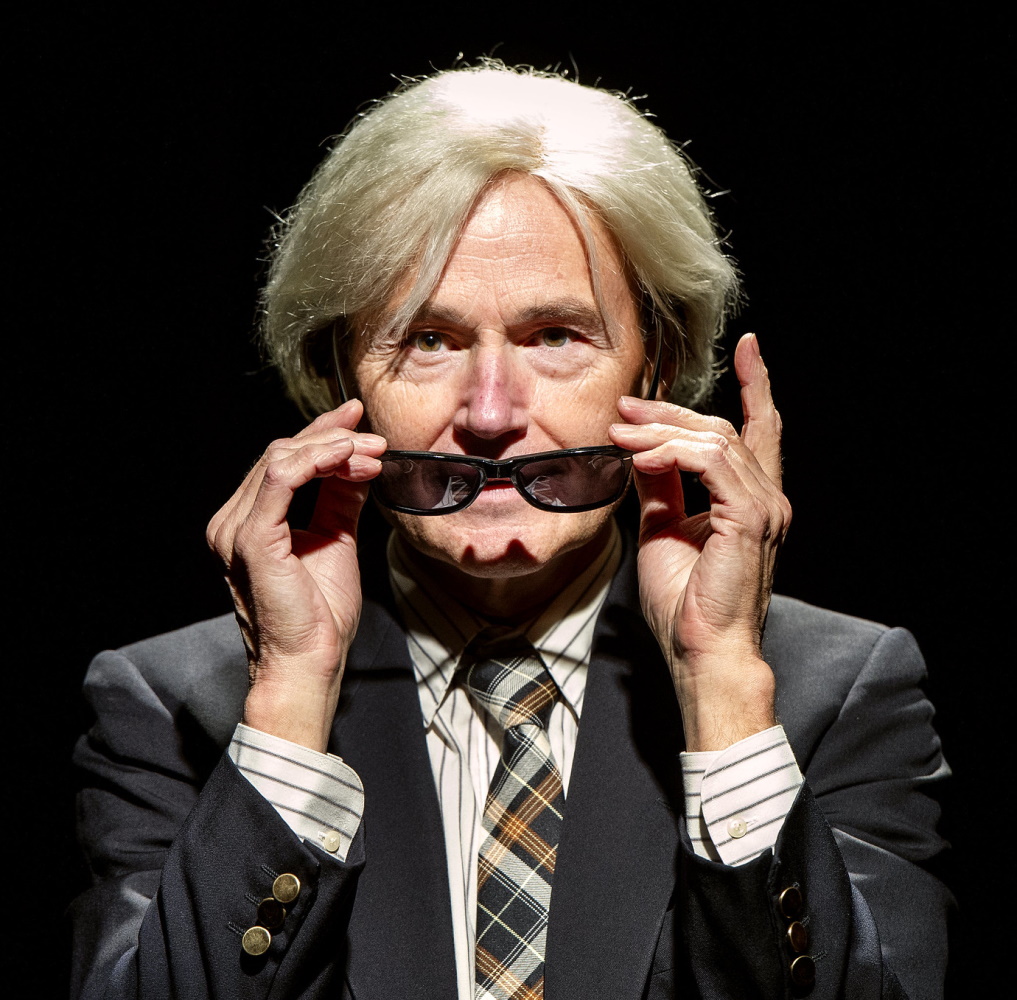 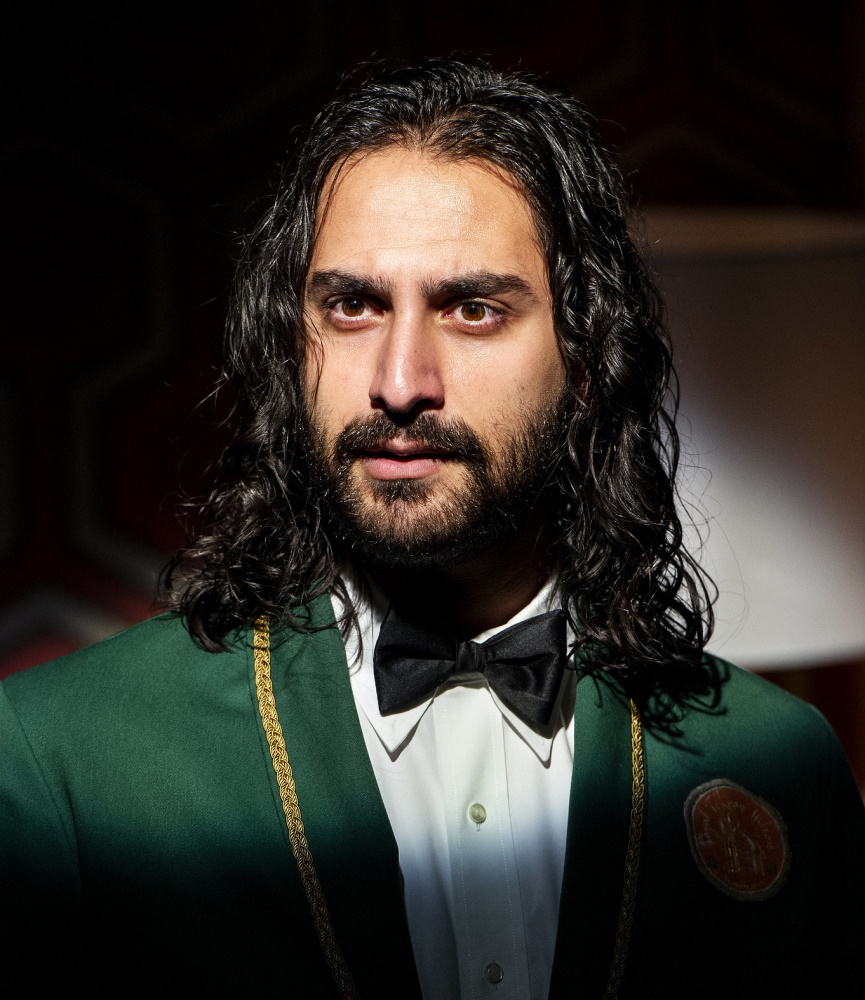 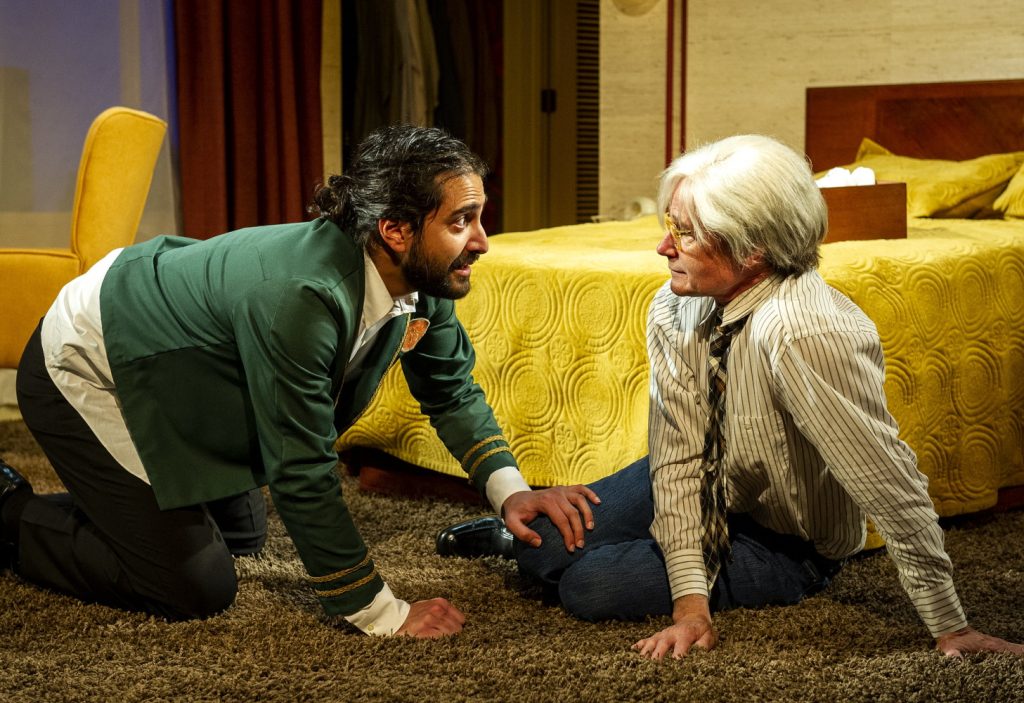 On opening night of Barrington Stage Company’s season premiere, artistic director Julianne Boyd celebrated the re-opening of the theater’s second stage, closed by Covid for the past two and a half years. Appropriately for this rebirth, three of this summer’s shows in that venue are world premieres – starting with Andy Warhol in Iran.

Brent Askari’s brief, taut thriller is also a play of ideas, a study in contrasts with life-and-death stakes. Art bucks the tide of history, the personal tangles with the political, artifice bleeds into reality and vice versa. 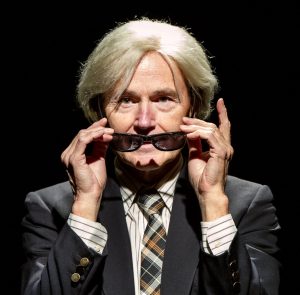 That last is knotted into the play’s very premise. Andy Warhol did go to Iran, in 1976, to take photos for a series of portraits of Empress Farah commissioned by her husband, Shah Mohammad Reza Pahlavi.

The play is a what-if spun from that visit. What if, in the bubbling discontent that preceded the Shah’s overthrow in 1979, the presence of the world-famous artist had inspired an insurgent group to kidnap him in order to gain exposure for their cause?

In Askari’s imagining, the bellhop who pushes a room-service trolley into Warhol’s room in the Tehran Hilton turns out to be a young revolutionary who takes him prisoner at gunpoint.

To Warhol’s baffled and frightened protests – “I’m not political, I’m just an artist” –  his captor , Farhad, explains it’s not about politics or art, but celebrity. “What we need is publicity, and that is where you come in,” he says, adding with a wry smile, “We want our fifteen minutes of fame.”

But actually, it’s also about art. To Farhad, Warhol’s pop paintings epitomize American triviality, the celebration of ephemera – to which the artist readily agrees. When Farhad calls him “the most decadent artist alive,” he replies, “Thank you.”

Brian Prather’s set depicts an unrealistically small but appropriately claustrophobic hotel room whose walls and curtains become projection screens for images of Warhol’s works – the soup cans, the Marilyns and Elvises – and of the American-engineered coup that overthrew the elected government in 1953 and installed the Shah. These slides serve to illustrate Farhad’s education of the apolitical artist – and to remind us in the theater lest we’d forgotten. 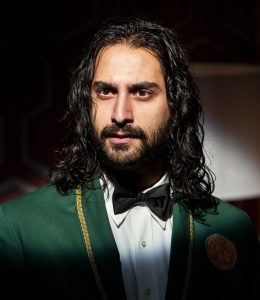 While Farhad waits nervously for the getaway car to arrive, he and his hostage engage in a back-and-forth about, yes, art and, yes, politics. Warhol is schooled on the cost of ignoring the darkness underneath glittering surfaces, and American-educated Farhad admits to ambivalence about the U.S.

“At first, I liked it – the vastness and variety of its scenery … peanut butter, so good … and especially the kindnesses” of fellow students and their families. “But I did find parts of your culture empty. Everybody wanting to just make money all the time … always trying to be entertained every second with movies, television and music.”

Askari’s sympathies seem to lie more with the rebel with a cause than the luminary without one. Even as the two men, inevitably, learn to understand and warily respect each other – they show each other their scars, Farhad’s at the hands of the Shah’s secret police, Warhol’s from being shot by a disgruntled follower – Warhol maintains his view that art is just “a business” and politics are “abstract.” It could be argued, though Askari doesn’t, that Warhol’s focus on American pop culture was itself a commentary on its technicolor surface, and that his images of icons from Mao to Trump Tower were designed to flatten their appeal.

The playwright does, however, focus on appearances and their sometimes misleading relation to reality. This is a recurring theme of Askari’s, as he showed in American Underground, which Barrington Stage premiered in 2019. Here he uses it not only in the interplay between history and fiction but also in Warhol’s signature white wig and even a key prop.

Director Skip Greer winds the action on a tight spring that’s flexible enough to let moments of humor push through the tension. Both his performers are fitted perfectly to their roles. 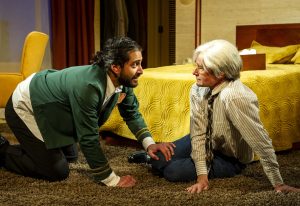 Henry Stram introduces some of Warhol’s characteristic tics and gestures – the fingers on lips, the self-hug – but then mostly lets them go, avoiding caricature and creating a more complex person than Warhol’s persona usually admitted. Nima Rakhshanifar’s Farhad is a novice terrorist, playing the tough guy and spurred by a core of anger, but just as jumpy and scared as his hostage. (It’s worth noting that both Askari and Rakhshanifar are of Iranian heritage, a context that gives the piece an extra jolt of immediacy.)

Footnote: Though Iran is still a hardline Islamic state, with ever-fraying relations with the United States, last year the Museum of Contemporary Art in Tehran mounted an exhibition of Andy Warhol’s paintings. It did not include the portrait of Empress Farah, which was slashed by a demonstrator during the Islamic Revolution that deposed the Shah.

Also in the Berkshires

Now playing at Shakespeare & Company is An Iliad, a one-person riff on the Homeric tale. Here an ageless Poet, witness and participant in the centuries-old cycles of warfare, is compelled to recount this archetypal war story over and over until enduring peace finally comes. It’s performed by MaConnia Chesser through July 3rd.

Next week Berkshire Theatre Group launches its season with B.R.O.K.E.N code B.I.R.D switching, in which the fight to exonerate a Black teenager accused of murder becomes “a play about the choices we make and the unspoken lies we tell ourselves to make peace with those choices.”

The Berkshires’ 1/2 TIX program offers half-price day-of tickets for most of the area’s performance venues. Call 413-743-1339 after 11am Tuesday-Sunday to find out what’s available, or line up at one of the four booths in Pittsfield, Lenox, Great Barrington and Mass MoCA and take pot luck.