Stagestruck: Out and Proud 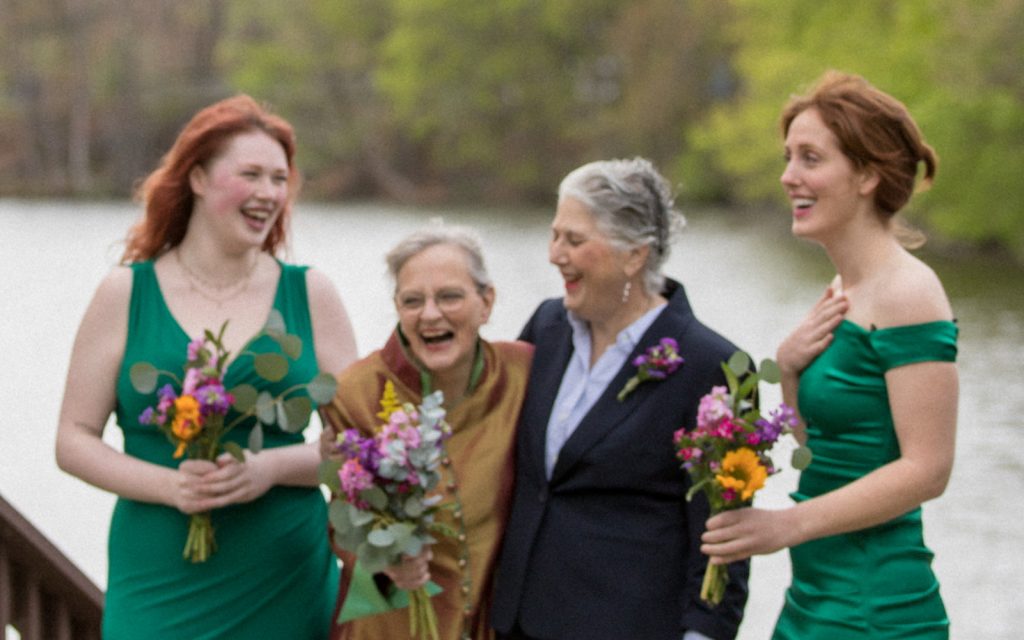 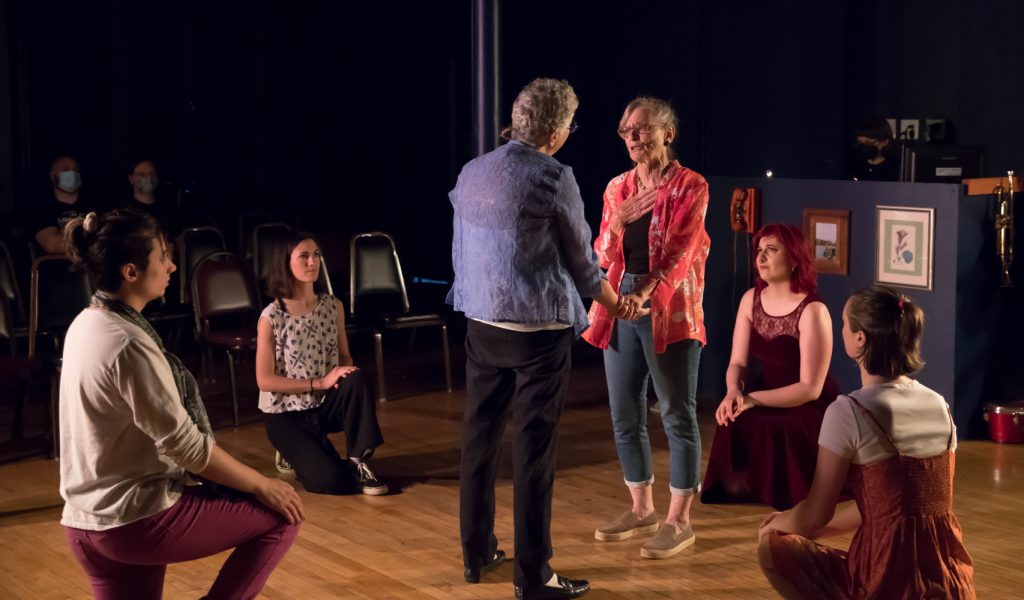 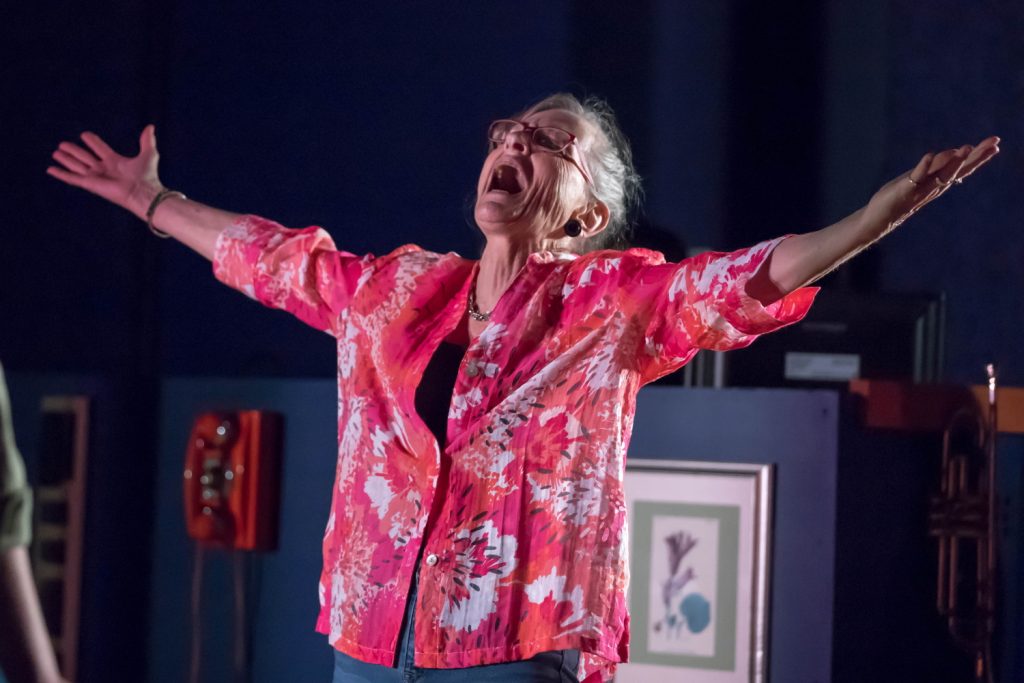 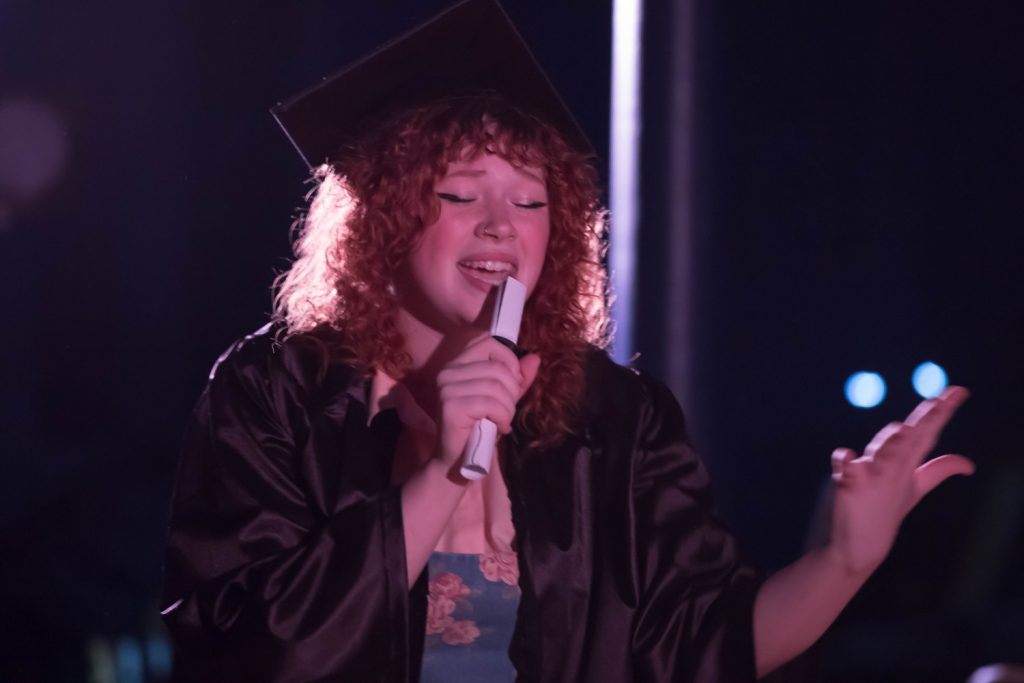 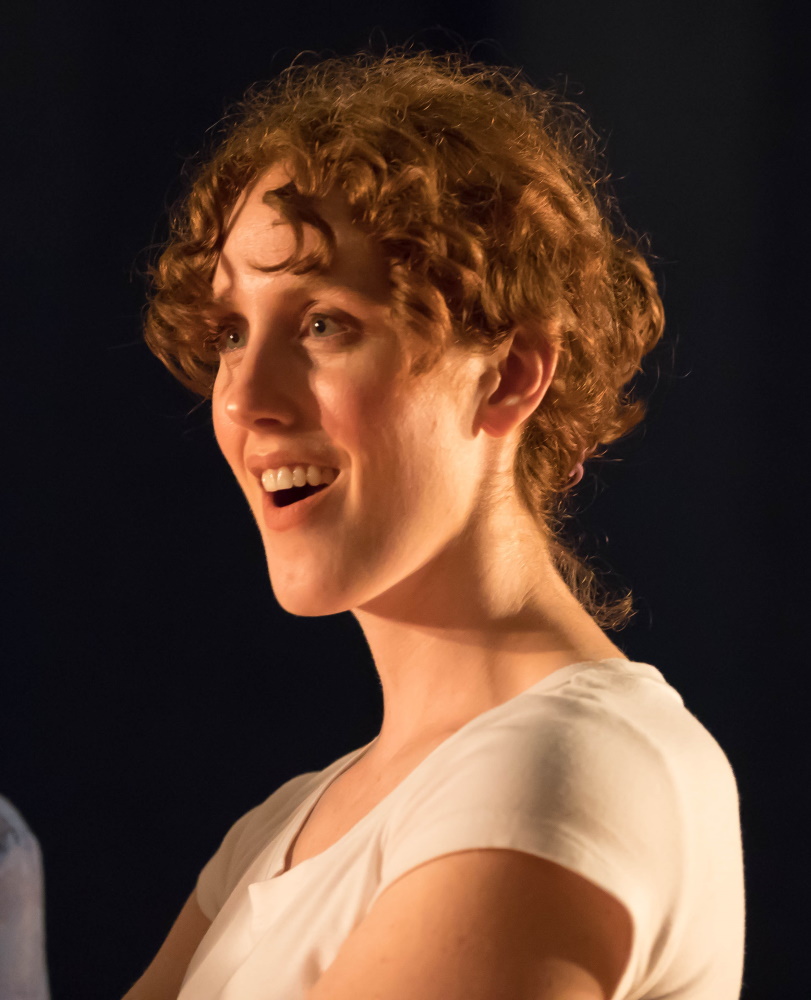 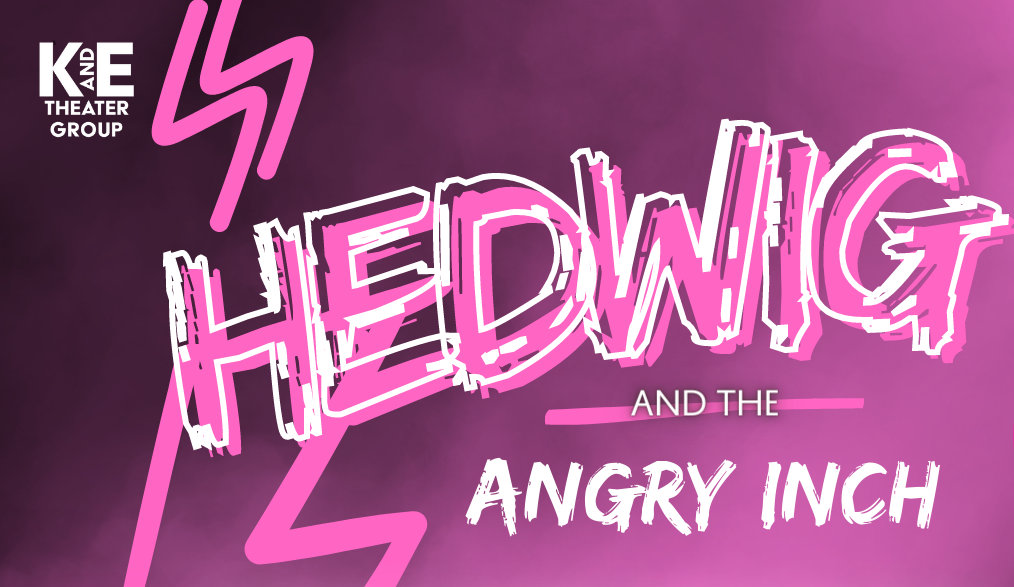 It’s Pride Month, and two Valley theaters are celebrating. Both shows are musicals, one a world premiere, the other a 24-year-old cult classic that’s as raunchy and outrageous as the night it first pranced onstage.

That one is Hedwig and the Angry Inch, the boundary-busting glam-trans-rock musical about a chanteuse on the edge. K and E Theater Group’s production is playing at the Northampton Center for the Arts this weekend. See below.

Blood & Water is a musical memoir written and directed by Francesca Hansen-DiBello. Produced by Viewpoint Theatre, it opened last week in the Blue Room of Easthampton’s burgeoning CitySpace, and plays there through this weekend. Info and tickets here.

Subtitled “A Love Story,” it’s a show about dying that’s rippling with life.

Christine and Georgie (Shevaun Keogh-Walker and Jackie DeGiogis) are a lesbian couple with two teenage daughters, Arabella and Rosie (Erica Fay Greenwood and Hansen-DiBello). When Christine is diagnosed with terminal cancer there are tears and angst, but also celebration and songs. She mocks the mantra that has buoyed her in hard times – “At least it’s not cancer” – then turns acceptance into a party, while vowing to be “an outlier,” as she has always been, who still has plenty of time. 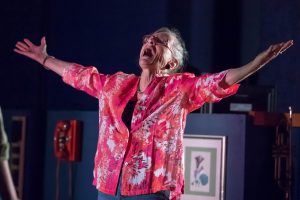 Turns out she doesn’t, and the piece never tries to lead us into joining Christine’s determined optimism. There are moments of misplaced anger as the other three women come to terms with the inevitable. Arabella goes on a bender at college and Rosie refuses to see the ailing Christine because her upbeat demeanor feels like a lie. But the bonds of love never seem to fray, and grief is held at bay until the very end, driven by lively songs (even the ballads usually gain momentum) and high-spirited dancing. Robin Johnson’s choreography often turns on circles, reflecting close connections and protective support.

The four women at the story’s core are joined by a Chorus of singer-dancers – Alivia Caruso, Caleb Kovalchik, Delaney Reynolds and Marguerite Suozzo-Gole – and an eclectic band that includes violin, trumpet and bongos on top of the standard guitar-bass-keyboard lineup. Calvin Doiron, Courtney James, and John Walker handle them, along with Kovalchik, led by Suozzo-Gole, whose musical direction is a highlight of the production. The choral harmonies in particular are gorgeous. 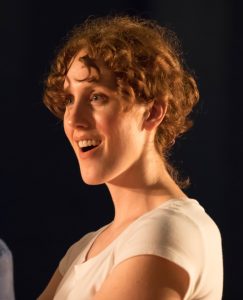 When I spoke with Hansen-DiBello after a performance last week, she told me, “It felt really important to tell this story,” and not only from a personal need. Growing up in a lesbian household, “my mothers taught me how to use our story as a way for social change, to show people who we were, to be very open and honest with the world. So to do the same thing with my art felt like an extension of that.”

Some of the voices are weaker than they would need to be to really sell their songs. The strongest are those of Hansen-DiBello herself and chorister Caleb Kovalchik, who also wields a mean trumpet. But the show flies on the cast’s commitment and energy, making it the most upbeat sad story I’ve seen in some time.

Every inch a queen

Hedwig and the Angry Inch is one of my favorite musicals. It’s an unabashedly bizarre little number, a deceptively tacky, hilariously offensive and ultimately moving exploration of transgender pride and angst, and the search for identity. It’s also a cheeky sendup of cabaret performance and one-woman bio-shows, carried along on a score that’s raucously tuneful and, if done right, loud. 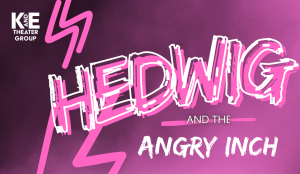 Created and originally performed by John Cameron Mitchell, with songs by Stephen Trask, Hedwig purports to be a late-night set by the title character, an East German refugee, in a grotty cellar club. To Hedwig’s furious annoyance, it’s within earshot of the stadium where the headliner is her ex-lover and former musical partner, now a megastar singing her songs as his own. Hedwig is bitter and twisted, not just from the injustices of showbiz but because of a botched sex-reassignment operation that left her with neither gender’s genitalia, just “an angry inch” – which is also the name of her surly backing group. The performance is a high-energy display of narcissism, bravura and despair.

It’s also a tour-de-camp for the star. Here, that’s Eddie Zitka, co-founder of K and E Theater Group, who also directs the show. He told me that to him, the Hedwig “speaks on so many levels to different people, of not only acceptance but also how important it is to love who you are.

“Hedwig talks about the Berlin wall a lot, and walls in general. She has walls up, like so many of us do when we are trying to protect ourselves and protect the parts of us that we mark as vulnerable.”

“I hope this performance and her journey show people that accepting yourself and loving yourself are important,” Zitka added. “You need to blast through those walls to get there. Once you do, the view is incredible. Oh, and rock hard while you do it.”