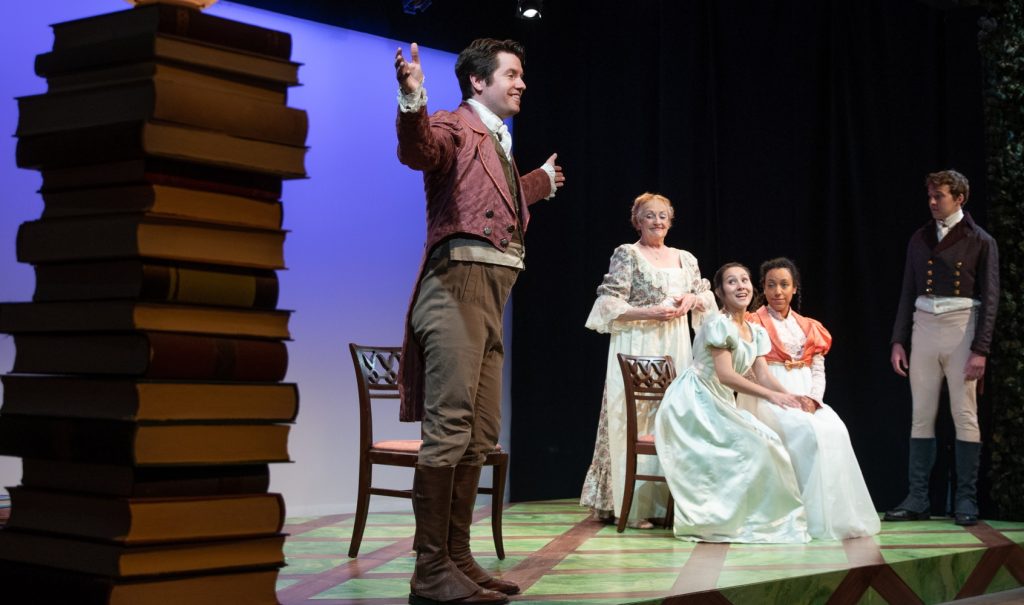 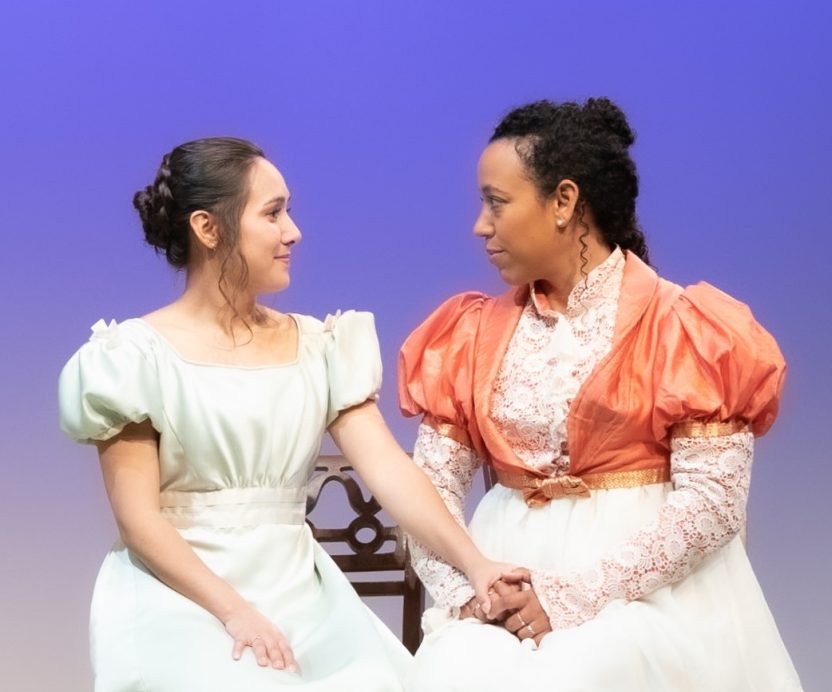 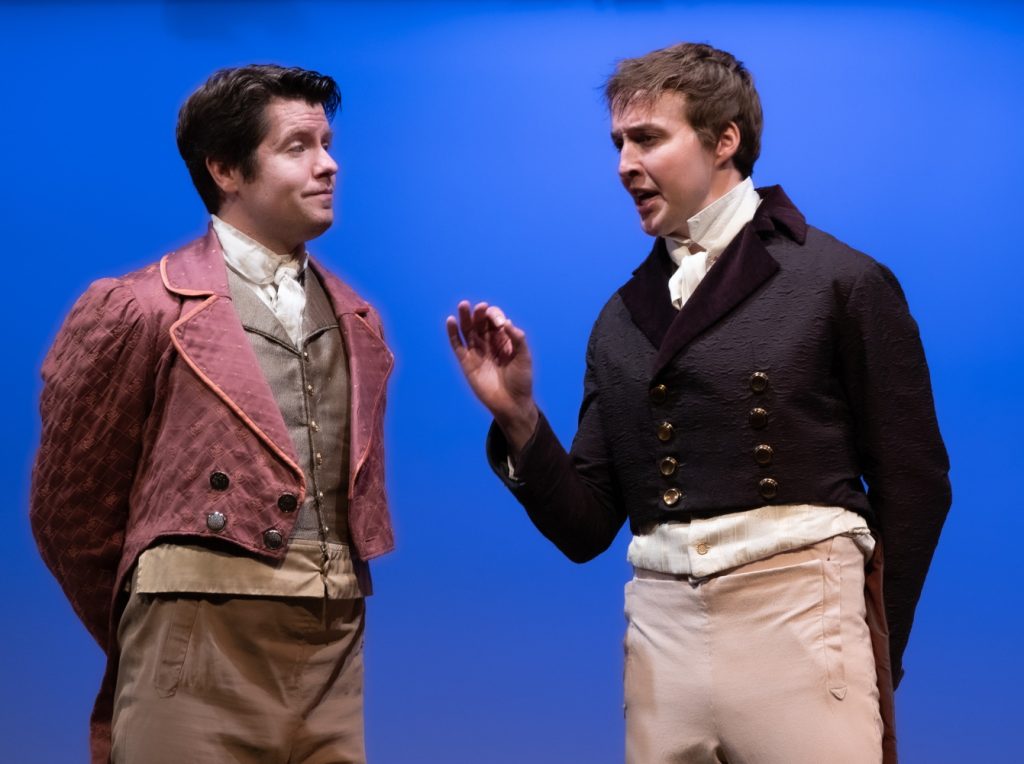 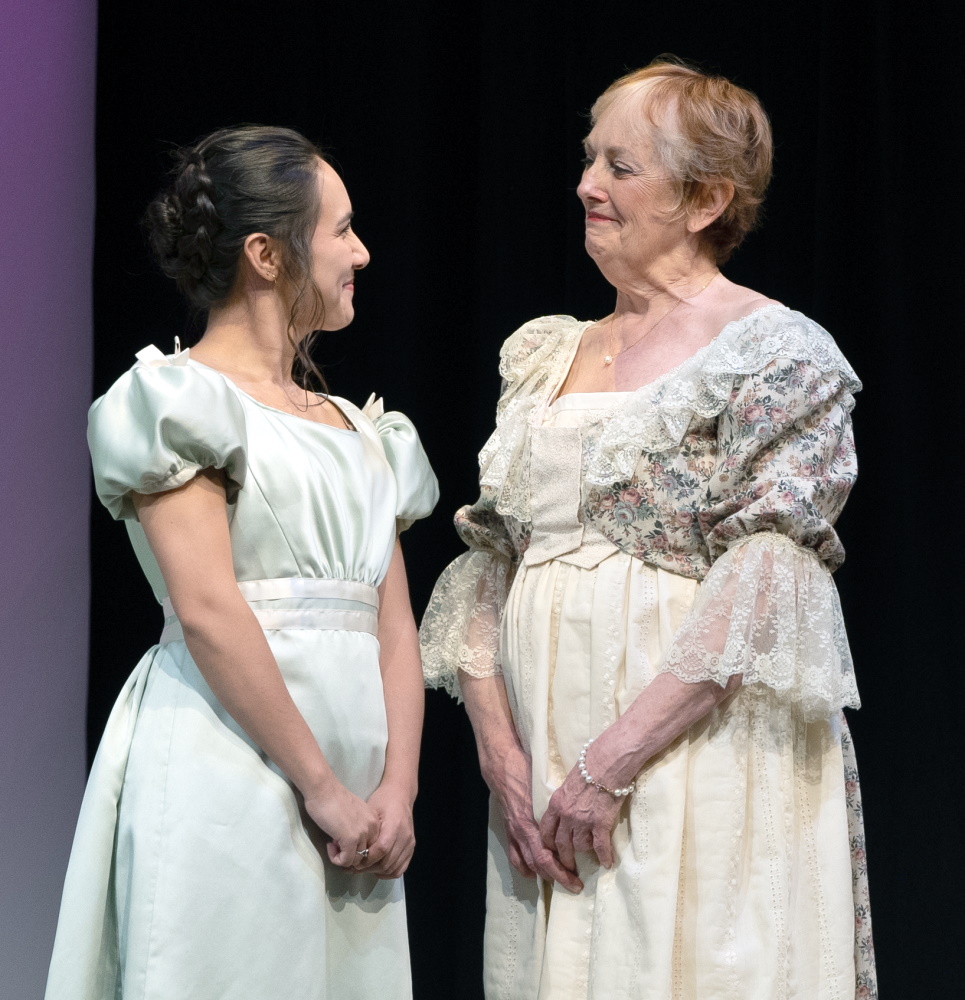 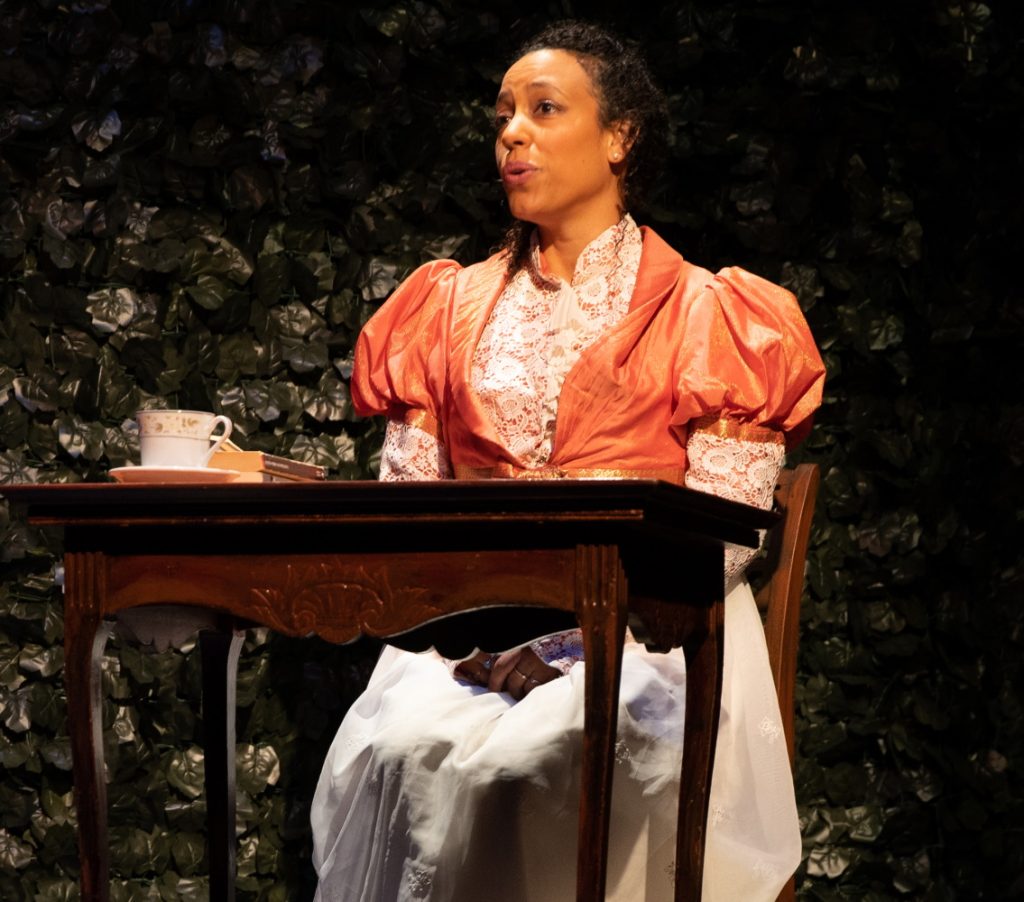 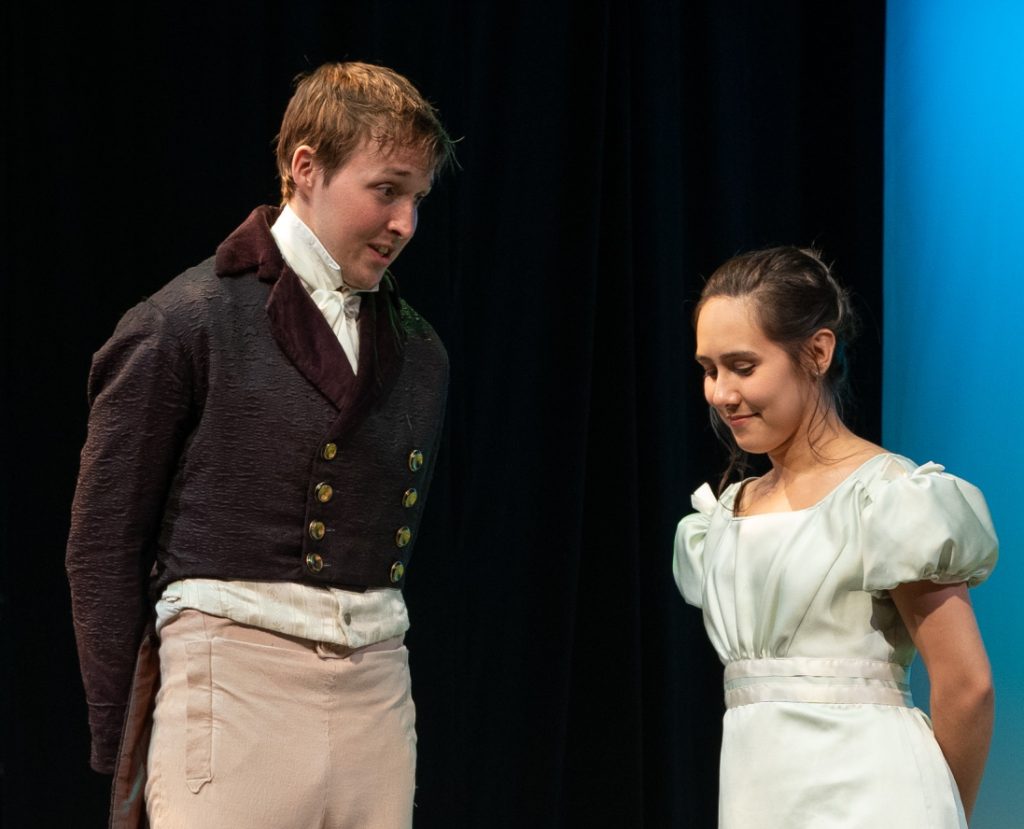 When I saw that Chester Theatre Company was reviving Pride@Prejudice this summer, I went Wow. I love this play. I saw Chester’s original staging in 2011, then again the next year at Capital Rep in New York, and in the Year of Covid I directed an adaptation set in a Zoom room. Now it’s back on the Chester stage, running through this weekend.

Pride@Prejudice (that’s @, not &) is Daniel Elihu Kramer’s cyber-take on Jane Austen’s novel, a condensed rendering of her classic dissection of manners and morals. But it’s also inlaid with questions and comments Kramer mined from Internet chat rooms – thus the title. 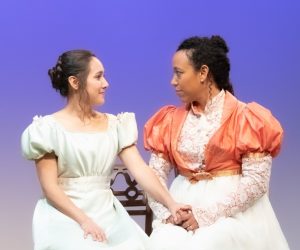 The conceit works wonderfully well. The digressions serve as quirky, entertaining annotations, as students assigned the book in English class reach out for help in navigating the shifting currents of plot and personnel (“How many Bennet sisters are there?”) and not incidentally keeping us up to date as well.

For the record, in case you weren’t online at the time, there are five Bennet sisters, two of whom figure prominently: Jane, the pretty one, and Elizabeth, the brainy one. Their opposite numbers in the male department (it’s really all about who’s going to marry whom) are the dashing Mr. Bingley and the stiff, brusque Mr. Darcy, whose chilly reserve is at once maddening and madly mysterious. 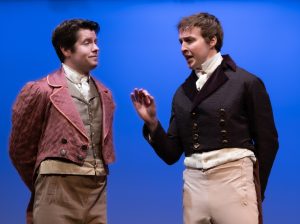 (Think Colin Firth in the most popular of the dozens of screen adaptations, which are also amusingly touched on in the play.)

Here, five versatile actors slip in and out of some two dozen roles without changing costumes (Christina Beam’s authentic Regency getups are a feast) or even exiting the stage, designed by Juliana von Haubrich – a bare platform framed by an ivied proscenium and bookended, so to speak, by two precipitous towers of hefty volumes. 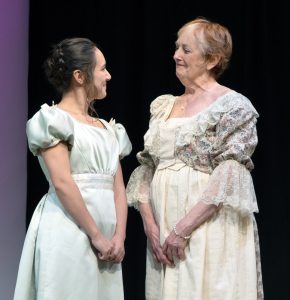 Among her many roles, Candace Barrett Birk is the Bennet girls’ comically bustling mother, laser-focused on getting them married off, no matter how or to whom. Luke Hofmaier nicely distinguishes his sundry characters with changes in physical attitude and vocal tone, from ironic Mr. Bennet to gallant Bingley to the dastardly Mr. Wickham in one of the subplots. 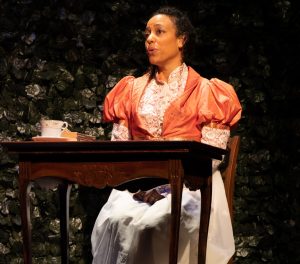 Claire Fort is the lovely Jane as well as the imperious Lady Catherine de Bourgh (another subplot) and others, including Jane Austen herself, whose biography is sketched in excerpts from her correspondence.

At the center of it all is the will-they-won’t-they relationship of Elizabeth and Darcy. Here Kramer, as director, takes a different tack from most if not all treatments of the story. Where we usually see a cool, aloof Darcy and a cool, prickly Elizabeth, keeping each other at arm’s length, here their exchanges reminded me of the flirtatious banter of Much Ado About Nothing’s scrappy lovers Beatrice and Benedick. Instead of a starched formality, they smile, they flirt, their eyes sparkle with excitement. 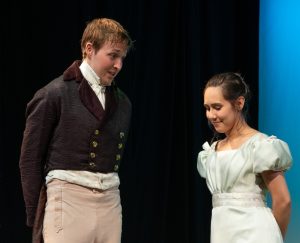 I wasn’t convinced by this choice, but Brian Patterson and Marielle Young fall quite naturally into this mode. It’s hard to imagine boyish, apple-cheeked Patterson as the traditional buttoned-up Darcy, nor sweet, pretty Young as Jane’s plain, bookish sister.

On opening night, the cast were still feeling their way into the rhythms of the play and confidence in their lines, and the production hadn’t yet acquired the crackling pace it needs. The slow start is perhaps understandable, as the company itself is still finding its feet, since the production marks not only the return of one of this theater’s most popular shows, but the return of the company to the Chester stage after two years away – one summer canceled completely and the next performed under a tent. It’s a very welcome homecoming.