Stagestruck: Once, Upon a Stage 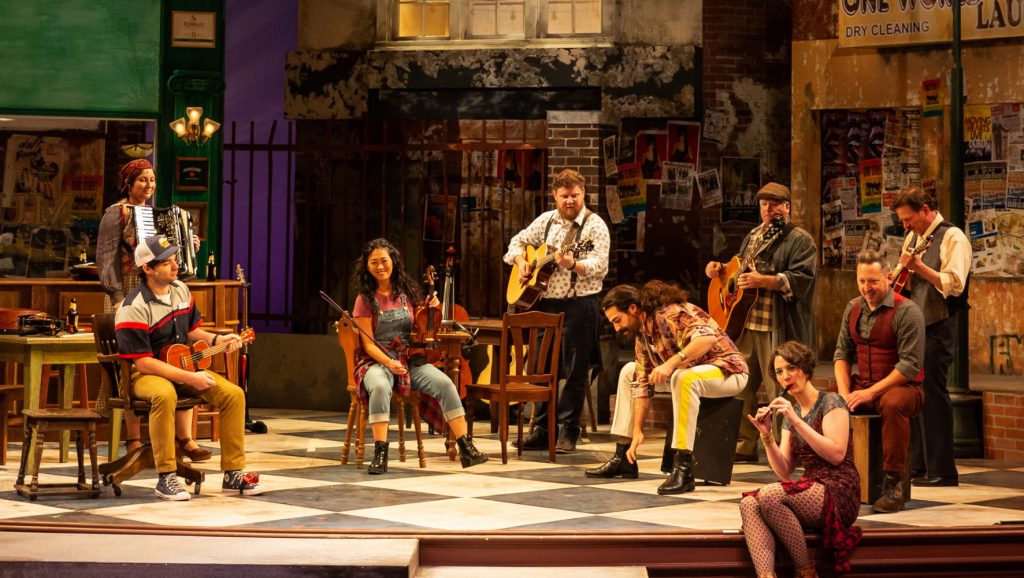 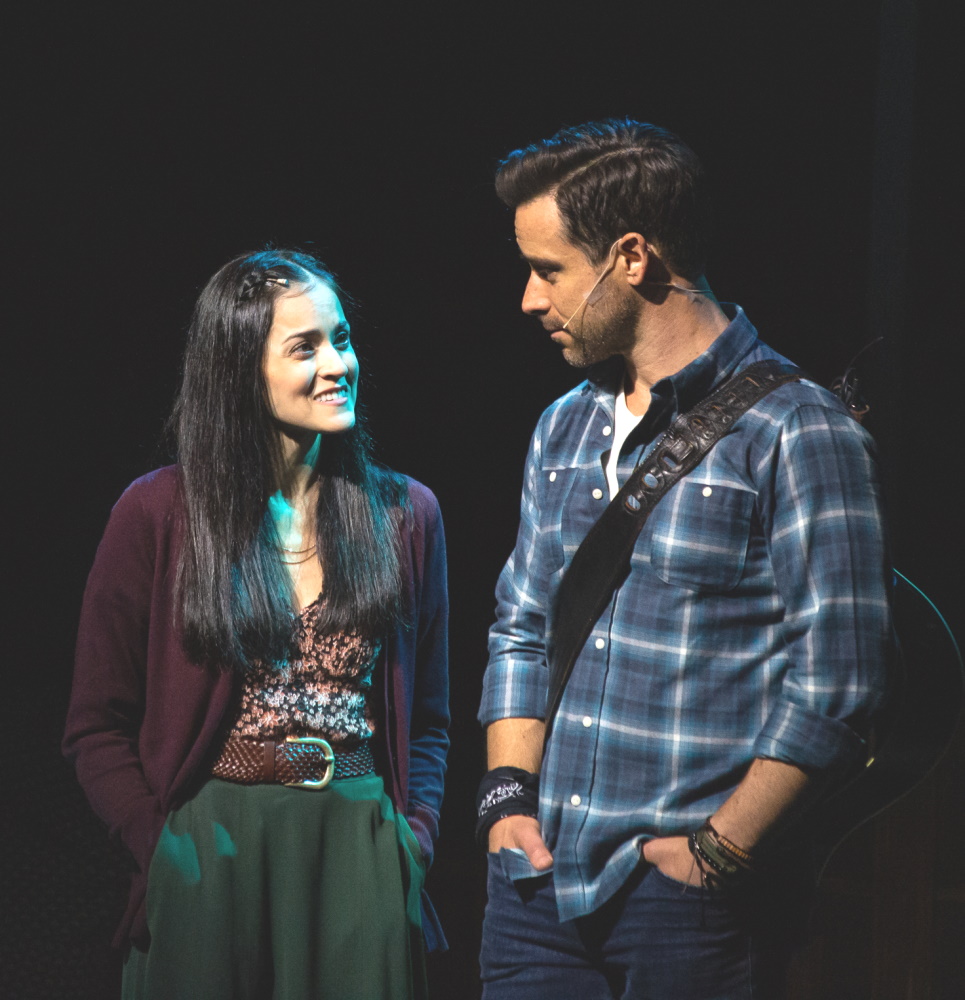 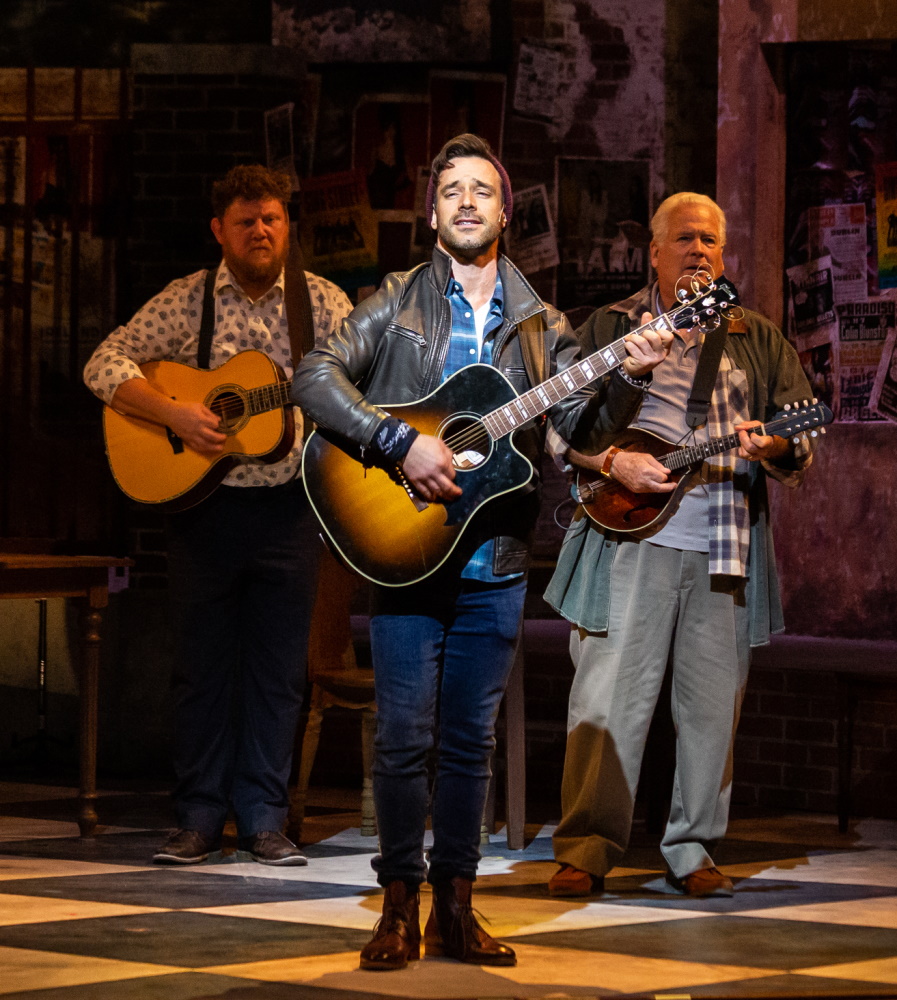 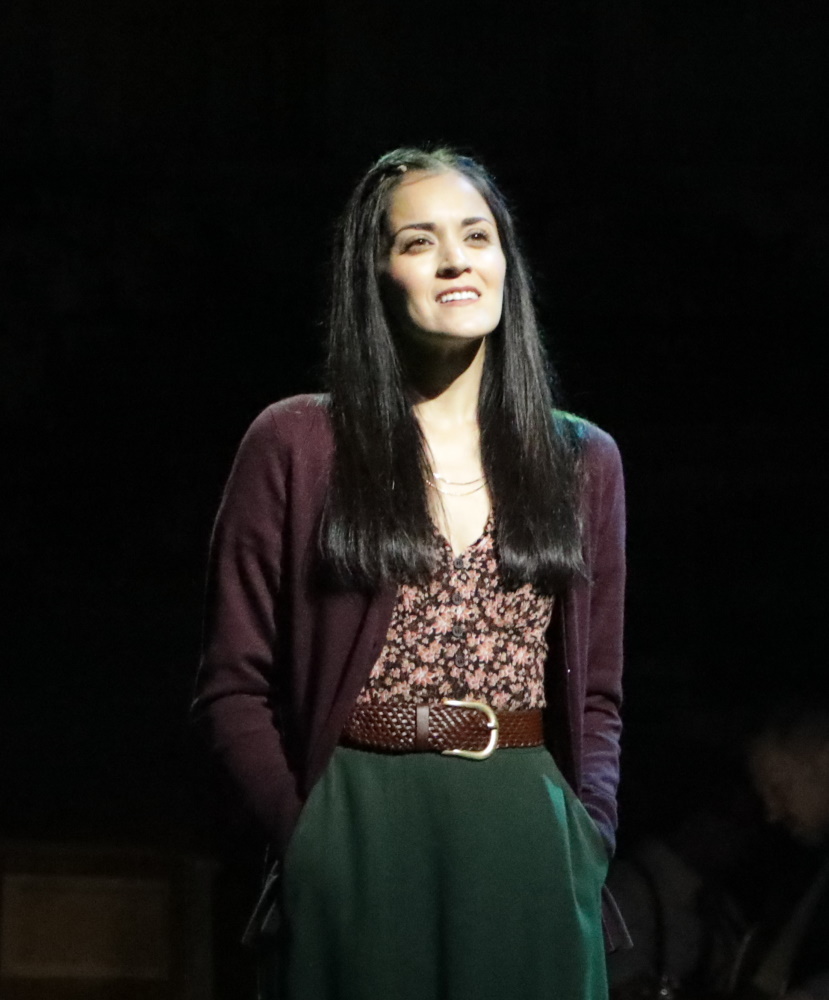 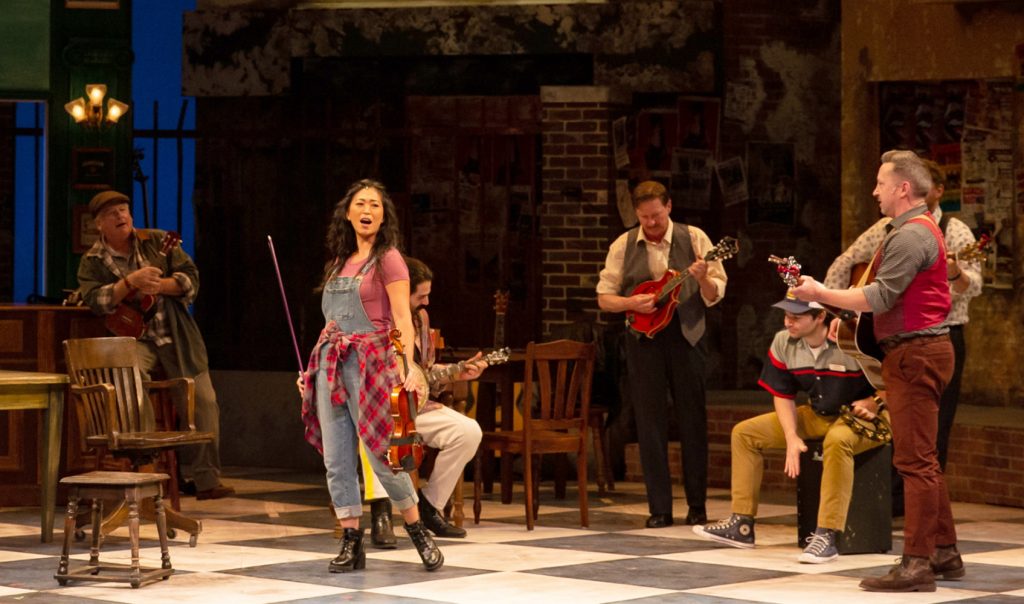 It must be a challenge to cast Once, the 2011 musical based on the 2007 film. The stage version calls for 13 performers who can sing, act and play an instrument, all of them to a high standard, plus do a passable Irish or Czech accent.

I’m very happy to report that the Berkshire Theatre Group’s production, at the Colonial Theatre in Pittsfield through July 16, pretty much checks all those boxes, with delightful results.

I enjoyed the movie, written and directed by John Carney, which is essentially a set of gorgeous songs strung on a slender but passionate plotline. It’s carried by Glen Hansard’s songs, most of them poignant ballads, like the Oscar-winning “Falling Slowly” and “When Your Mind’s Made Up,” which start slowly, even hesitantly, before growing or even exploding into fountains of emotion.

For the Tony-winning stage version, the screenplay was expanded and enriched by the prolific Irish playwright Enda Walsh, who fleshed out characters and even invented a couple, while retaining the full soundtrack.

I hadn’t seen the musical before now, but on the evidence of this production, I like it even better onstage than onscreen. The storyline follows the brief musical and romantic journey of two young people, known only as Guy and Girl (a bit sexist, if you ask me). They come from different backgrounds – he’s Irish, she’s Czech – and come together through a love of music and a complicated mutual attraction. 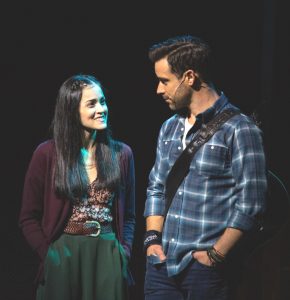 Guy is a singer/songwriter who busks with his guitar on the street for spare change and works in his father’s vacuum-cleaner repair shop. His girlfriend has moved to New York (London in the film, which makes more sense) and he’s deep in mourning, missing her and not knowing if she misses him.

Girl has left her husband in the Czech Republic and come to Dublin with her mother and young daughter. She’s torn between the lingering taste of a bad marriage and wanting him back, at least for her child’s sake.

The plot moves toward their separate decisions about these relationships, but its trajectory is driven by the prospect and process of cutting a demo of Guy’s songs to pursue a recording deal.

That’s where the rest of the cast comes in. The other 11 singer/actor/musicians play all the supporting roles. They’re all excellent in these cameos, and I particularly enjoyed Pearl Rhein as Girl’s high-spirited Czech BFF (one of the invented roles); Adam Huel Potter as the gauche, needy music-shop proprietor; music director Andy Taylor as the bank manager with musical aspirations unmatched by talent; and EJ Zimmerman as the far-away girlfriend in Guy’s wistful reveries. (There are actually 15 performers: Girl’s young daughter is played by Ella Fish and Emma Proskin, six and seven respectively, in alternate performances.) 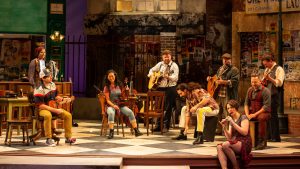 The virtuosic ensemble is also the show’s band – not in the pit but in the pub. It’s as if they are regulars at Muldoon’s bar, nursing pints of Guinness until it’s time to take up their instruments to accompany a song or step downstage into their characters’ scenes. The instrumental lineup is what you might well find at a late-night jam session in an Irish pub: guitars, fiddles, mandolin, banjo, pennywhistle, a couple of sound boxes for percussion, plus an accordion and a cello.

The actor playing Guy has a built-in challenge. The character is naturally diffident and at the start he’s deeply despondent about his girlfriend’s absence. He’s a quiet guy who pours his feelings into his songs. But he also has to convey ambition for his music and an easy-going charm for Girl to be attracted to. Glen Hansard had all that in the movie (well, they were his songs, and the part, if not written for him, was molded around him). 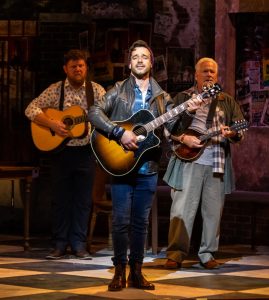 Here, David Toole doesn’t quite make it. He’s got a laid-back appeal, but there’s no fire within, so the thrust of the play slips away from him. He has a great voice and comes alive in the songs, but the character doesn’t live up to them – plus, his Irish accent is provisional at best. 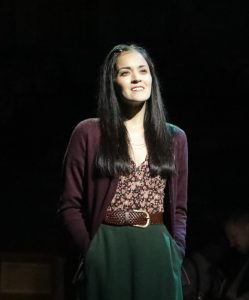 The slack is more than taken up by Andrea Goss, whose performance as Girl I preferred to Markéta Irglová’s in the film. Petite and fiery, her energy lights up the stage and her face shows a world of feeling, from skeptical scowl to beaming delight. She, too, is a terrific singer, and her solo, “The Hill,” is a touching highlight.

Gregg Edelman moves the action briskly and smoothly on Josafath Reynoso’s multipurpose set –even the musical set changes get a hand – and Matthew E. Adelson’s lighting defines the various locations while keeping the band always present.

Once is no boy-meets-girl rom-com. It’s knotty and unsettled, with unresolved feelings and outcomes. The final number isn’t a jig or a reel, but a quiet, full-cast rendition of “Falling Slowly” whose ravishing a-cappella harmonies tie a bittersweet bow on the piece.

And, speaking of jigs and reels: When the house opens before the show, the band is already onstage, serving up a rollicking set of Irish folksongs and fiddle tunes. It’s a great warm-up – as is the stageside bar, serving up Guinness and Irish coffee. Get there early.