Monte Belmonte Wines: The wine world is your oyster 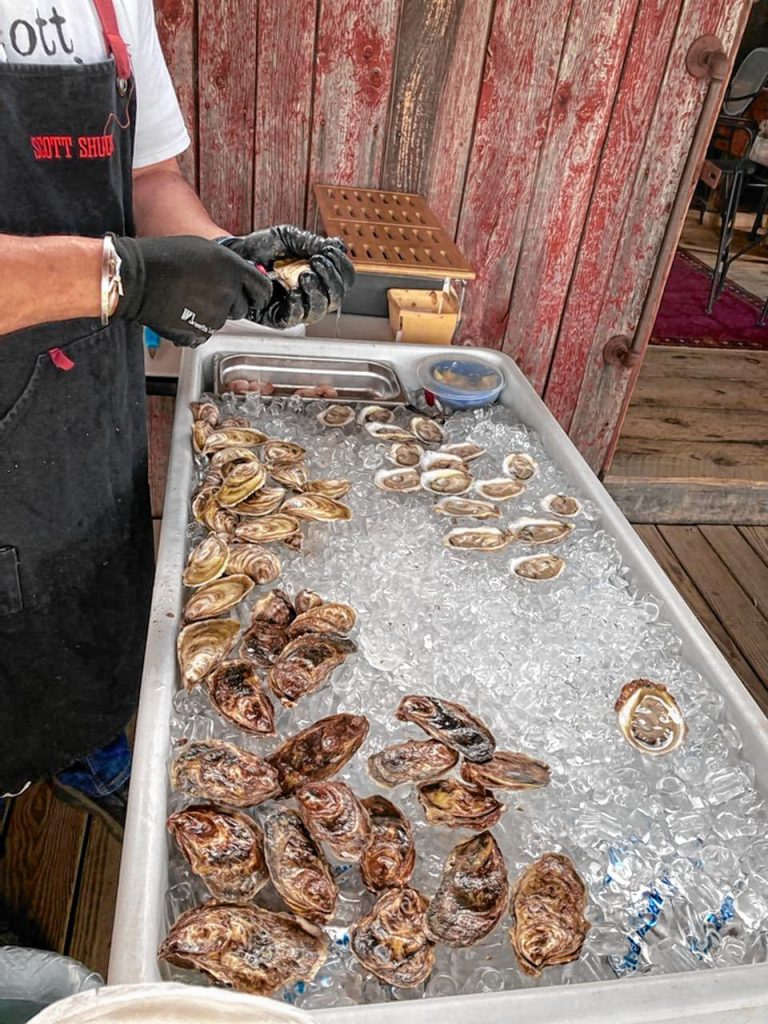 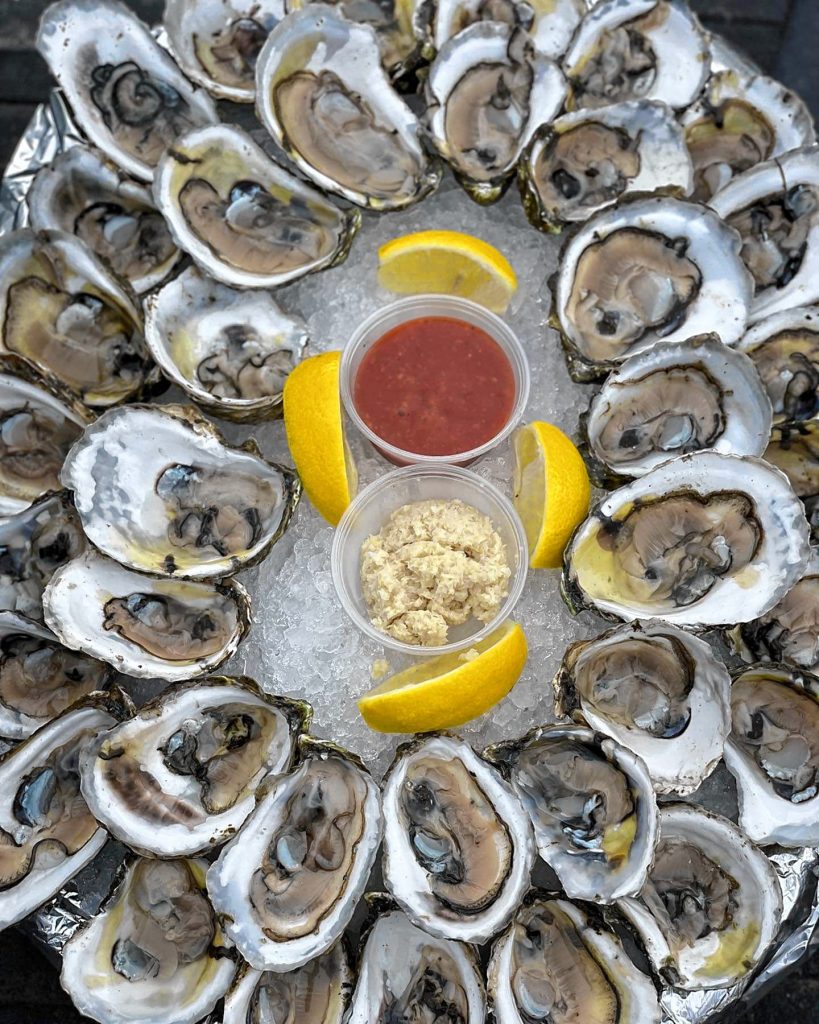 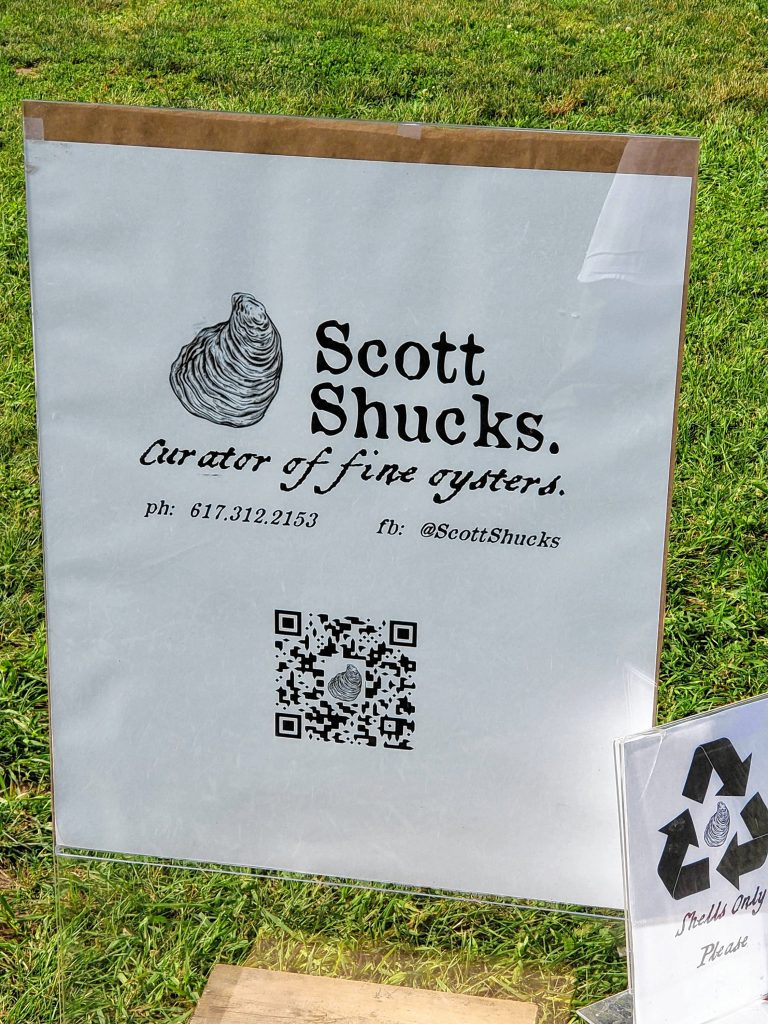 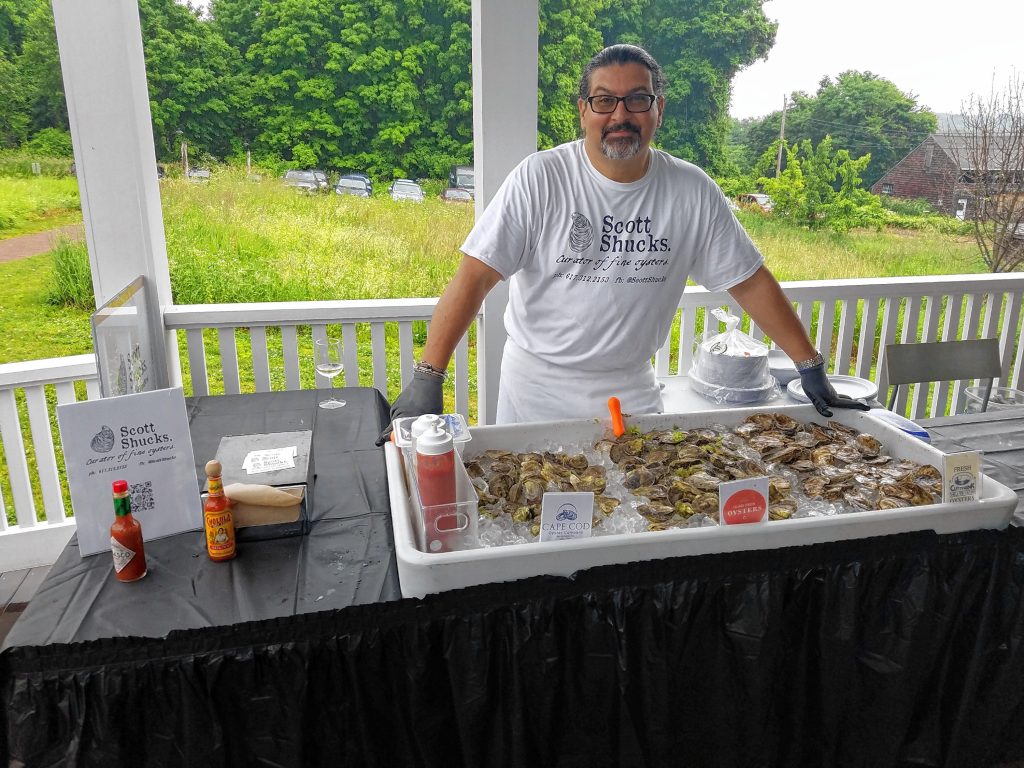 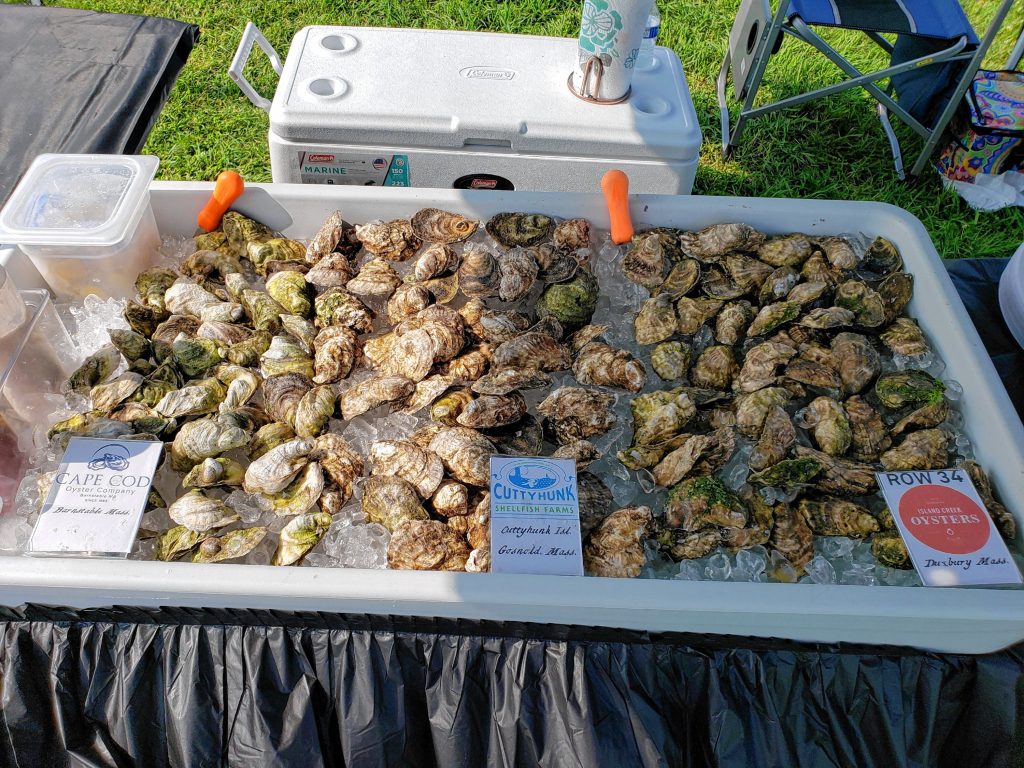 Why, then, the world’s mine oyster, Which I, with sword, will open.

— William Shakespeare  from The Merry Wives of Windsor

Scott Soares’s world is an oyster. Well, his world when he is not being appointed by Presidents Obama and Biden to be USDA Rural Development State Director for Connecticut, Massachusetts and Rhode Island. And his sword is an oyster knife.     When he’s not a benevolent farming fed, Scott shucks. That is the name of his side hustle — Scott Shucks. His website says he is a “curator of fine oysters, spreading oyster love in Western Mass.” I had a great conversation with him about oysters, agriculture and more at NEPM’s recent Asparagus Festival where he introduced me and NEPM’s new President, Matt Abramovitz, to my new favorite word: merroir. The word terroir may be familiar to wine snobs. Merriam-Webster defines it as “the combination of factors including soil, climate, and sunlight that gives wine grapes their distinctive character.” Merroir is the ocean version of terroir. It’s what separates the look and taste of oysters from Wellfleet, Massachusetts from oysters from Morro Bay, California.

“Part of my schtick is to highlight the differences in flavor profile, shell characteristics and growing methods that make each grower’s oysters unique,” Soares says, “Like the term terroir, when referring to terrestrial crops, most especially wines, the term merroir has been coined and applied to oysters in much the same way — although in most cases all the same species of oyster.” And like how Sauvignon Blanc from France is often very different from Sauvignon Blanc from New Zealand, Soares says oysters “vary considerably depending on where and how they’re grown, as well as the particular seasonal variations in rainfall, temperature and weather events.”

Scott Shucks specializes in featuring Massachusetts grown oysters and is now growing his own at Padanaram Oysters Farm in South Dartmouth.  Soares says, “My Mom and I acquired the farm early this year and although we had some inventory from the previous grower, we now have our first crop underway and expect to be marketing our fast-growers later this season. Likely this Fall when, by the way, oysters are at their prime condition!”     Soares says that 100 years ago, oysters — like lobster — were not the food of the elite, but “everyman food.” And he says eating oysters is both good for you and for the planet. “Besides being rich in zinc and minerals and serving as a high quality protein source,” Soares says, “as an extractive form of agriculture, where oysters graze on phytoplankton in the water column, an adult oyster can filter upwards of 50 gallons of water per day! By doing so, healthy oyster populations, including farms, not only contribute to improved water quality and clarity but their mere presence enhances coastal stability through the wave attenuation that lessens coastal impact from storm events.”     Despite the delicious differences in these bivalve mollusks, not everyone cares for them. My wife thinks oysters are disgusting. That allows me to be shellfish and eat them all by myself whenever I order them. Like I did on our 20th wedding anniversary this month. Twenty years of bad puns and she is still with me.      Soares says “I’ve heard and agree that eating a cold, freshly-shucked oyster is like getting kissed on the lips by the ocean! That briny taste says summer to me and brings me back to the wonderful places where they’re grown.” I might liken the act of eating an oyster to something more intimate than kissing. It’s a big part of why I love them. You’d think that might make my wife like them more.

Given that the summertime is when most people get their oyster shucked, and seeing the parallels between terroir and merroir, I’ve asked several western Mass. wine snobs to give me their favorite oyster and wine pairings.

There are many reasons why I love oysters, none of which I can say in polite company.

(Monte adds — “This, dear reader, is why she is regular guest on my wine tasting segment, Friday mornings on 93.9 The River”)

My go-to for oysters, and I’m assuming the oyster is a briny Wellfleet or other Atlantic varietal, is always Champagne, Muscadet,  Sancerre, Albariño, etc.  A more “unusual” pairing is to pair them with Guinness or any other dry stout.

One of the best oyster experiences I ever had was eating hardy English Oysters with an Oyster Stout in London. Not many brewers make oyster stouts in the states but we’re lucky that Devil’s Purse Brewing in South Dennis makes a great one! My favorite places to eat fresh oysters is Mac’s Shack in Wellfleet (Monte adds — “Hey, that’s where my anniversary oysters happened!”) or happy hour at The Pearl. The Lobster Pot in Ptown makes a good Oyster Rockefeller that pairs nicely with a Macon (Chardonnay from Burgundy), One last thing! A really good Fino sherry, well-chilled, is an excellent pairing.

One of my favorite memories of eating oysters and other shellfish was on my first trip to Spain in 2000. We took a boat onto the Atlantic Ocean from the Western Spanish Coast with an Albariño producer. The oysters were served raw and the mussels were cooked. Those fresh shellfish served with cold crisp Albariño was an eye-opener for me.

While Albariño has a special place in my heart because of that memory, the range of wine pairings is truly endless, as long as the wine is dry with crisp acidity. The classic pairings are the French Chablis, Sancerre and Muscadet, all are based on chalk soil and have the minerality to accent the sea-salt. Other fun pairings I really like are Pecorino from Abruzzo, Italy, and super dry Riesling from anywhere!

The synergy that the Basque have created between their indigenous grapes and local food culture — seafood, of course — is unparalleled. Txakoli is the ultimate in refreshing wines. Made from the Hondarrabi Zuri grape, it is crackling dry, with slight effervescence, light citrus and grassy notes, with a bright, mineraly finish. A hint of saltiness makes this the ideal pairing for oysters. Hiruzta Txakoli ($19.99) is probably my favorite white in the store, and this vintage is spectacular.

The Albariño grape is vinified in a wide variety of styles. Always dry, and with varying citrus notes, it can, for example, have lots of body, with earthy flavors; or, it might be quite floral with a light body. Pulpo is very much on the lean, dry end of the Albariño spectrum; it is mineral driven and quite crisp, with the slightest hint of a tingle on the tongue. Pagos del Rey “Pulpo” Albariño ($13.99) is similar to the Txakoli. This is a popular, inexpensive choice.

I highly recommend Anselmo Mendes Contacto Alvarinho for oysters ($10-15). It sees just three days of skin contact, but that’s enough to add some structure and interest to the classic salty citrus character of Alvarinho.

(Monte adds, “Alvarinho” is the Portugese spelling of the same grape, Albariño)

I could never pick just one spot for oysters but growing up a Cape Codder, no other oysters have ever dethroned Wellfleets for me. Never too plump, always briny, a classic. Usually classic raw is my preference for oysters but one night at the Lobster Pot in Ptown my partner and I kept hearing the maitre d tell every table he sat to try their famous oysters Rockefeller. By the end of the meal we were sold and had to try it. Best dessert I’ve ever had.

Oysters in general are pretty clean tasting, a little briny. So, it’s really about what you add. Mignonette or Tabasco. Anything with acidity and minerality works great. Sancerre or muscadet are classic pairings.

Domaine Fournier Sancerre is awesome! ($35-50) Citrus, lemon curd. There really is a nice richness here that reminds me of sitting in a field of green grass and flowers by a meandering river on a warm summer’s day.

Oysters and wine are the “tall tale” of a great summer-great confessions start with, ‘I was having oysters and wine with a friend…’ For me, anything sparkling goes well with oysters. But if I had to pick something off of my list it would be Rezabal Txakoli from Spain.

Wescott’s Wine Witch has just announced that they will be shucking-to-order Tuesdays. And with Amherst Oyster Bar opening this Fall, landlocked Western Mass has no shortage of oyster options. Especially when Scott Shucks at places like Glendale Ridge Vineyard in Southampton, as he did earlier this month and as he will again in September.

What does Scott Soares think of oysters and wine? “I’ve not met a wine that I didn’t like with oysters, though I’m partial to the ‘live’ wines like Glendale’s Pet Nat and Pet Nat Rose. Something about bubbles and oysters that makes any opportunity to combine the two a celebration of the sea and the land.”

Merroir and terroir — a marriage made in heaven. Hopefully my marriage can survive at least another 20 years worth of oyster shellfishness and bad puns.