Pride Proud: Celebrations emerge in some cities, replacing those that fizzled in others 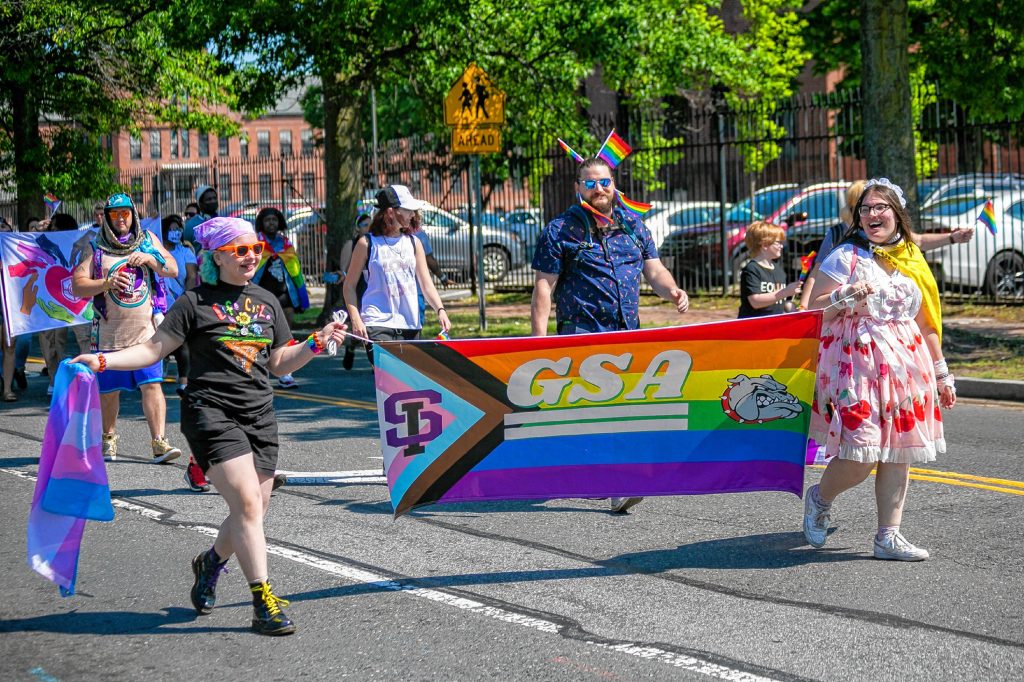 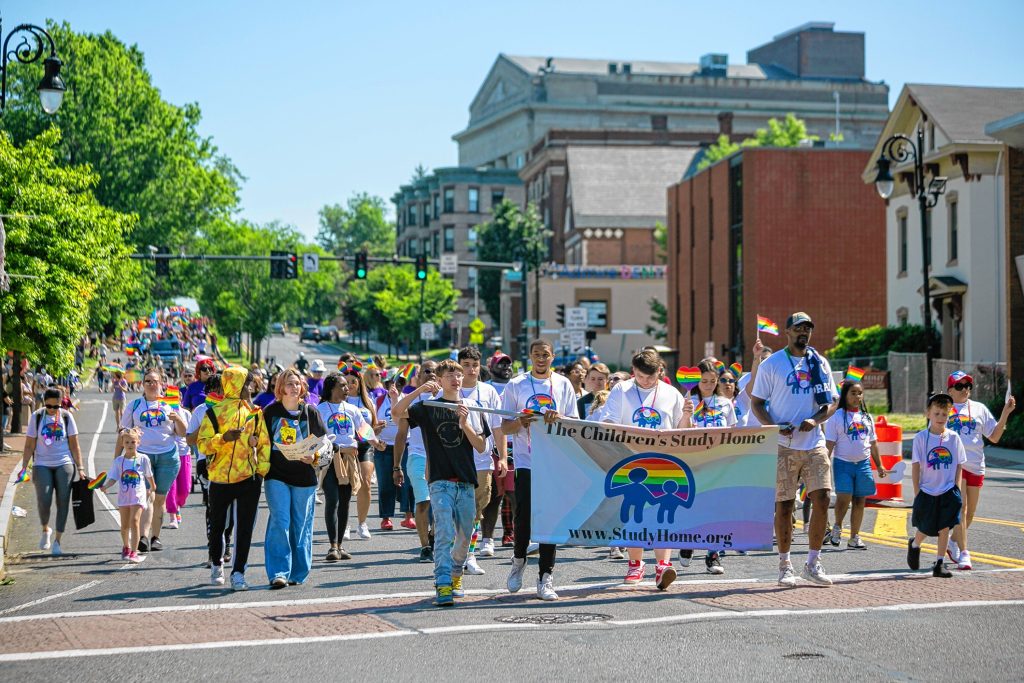 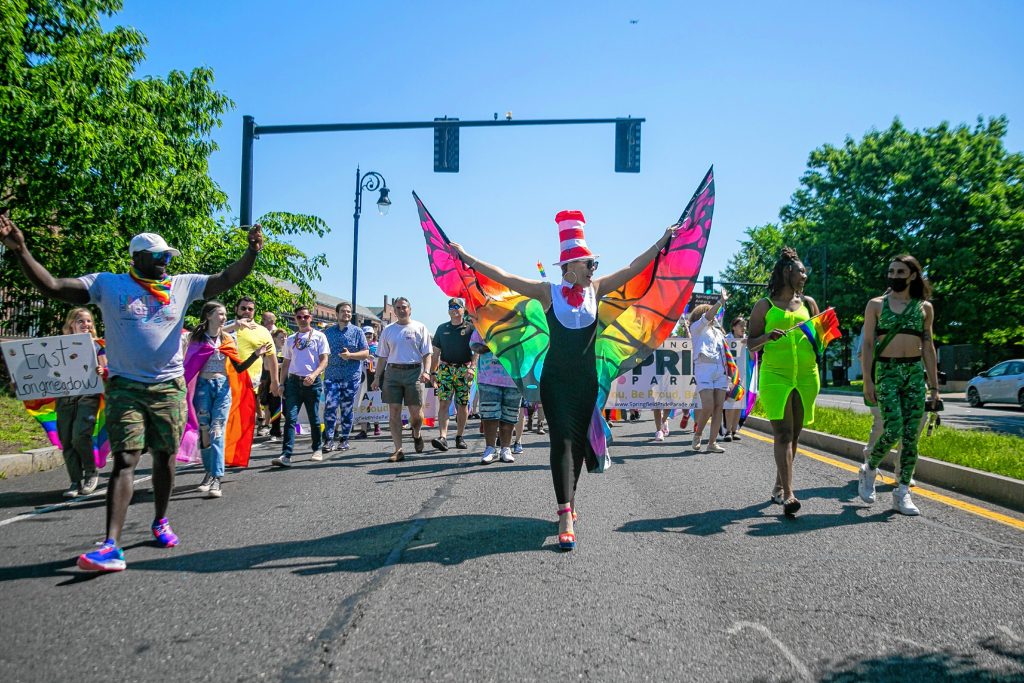 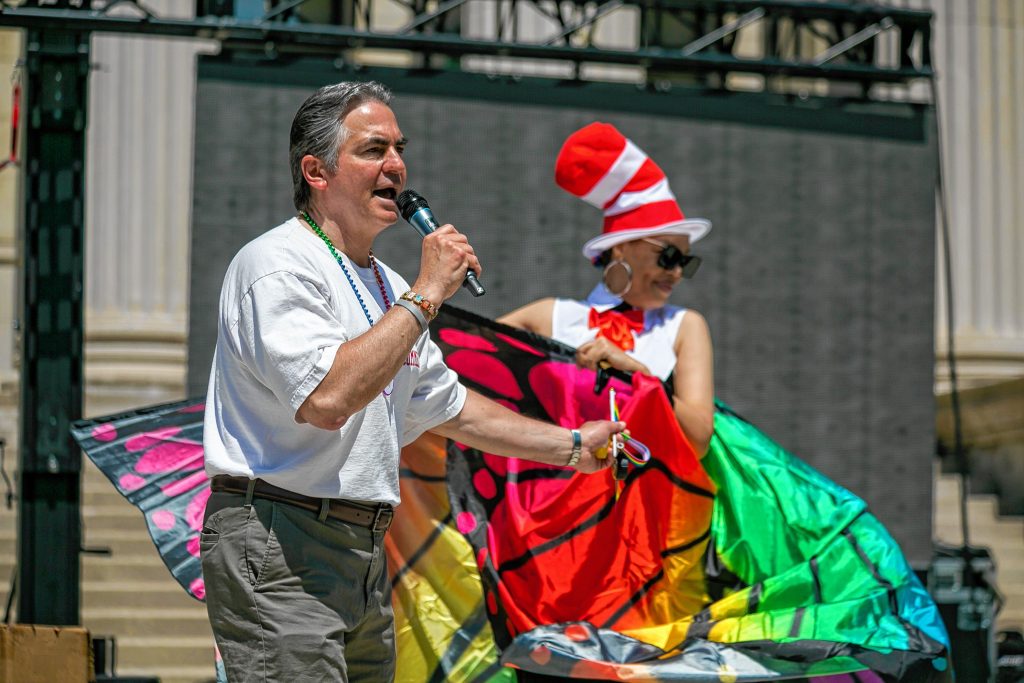 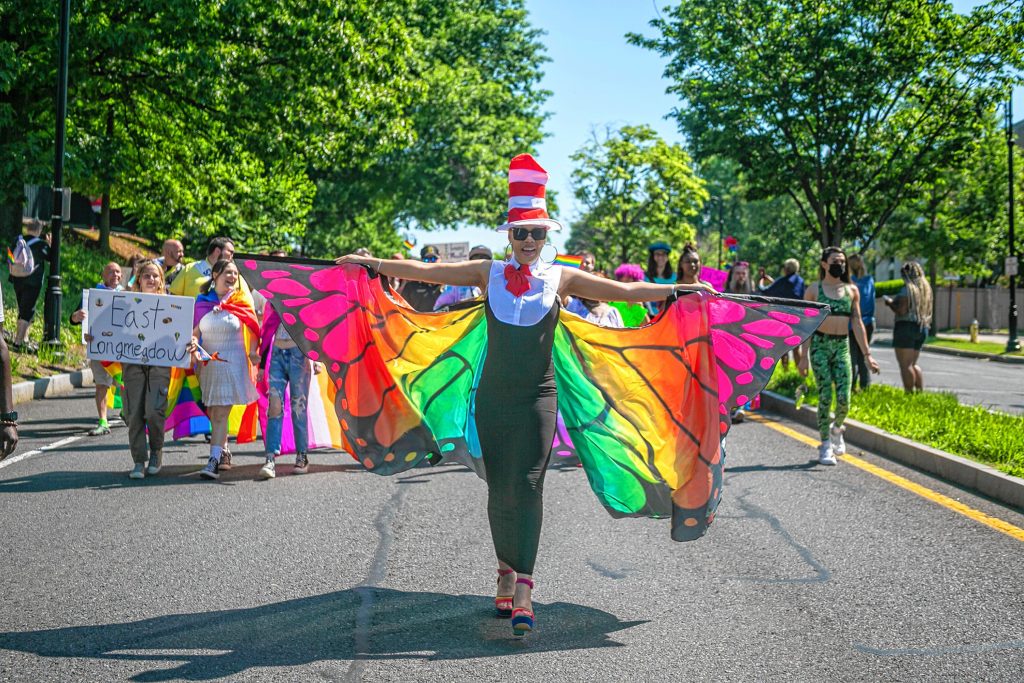 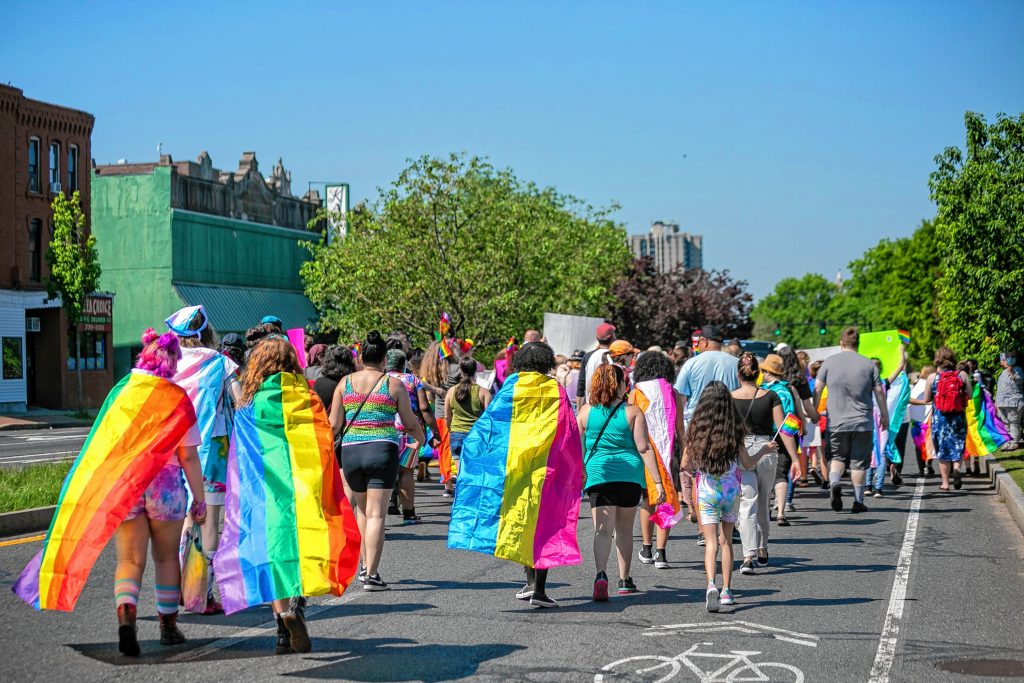 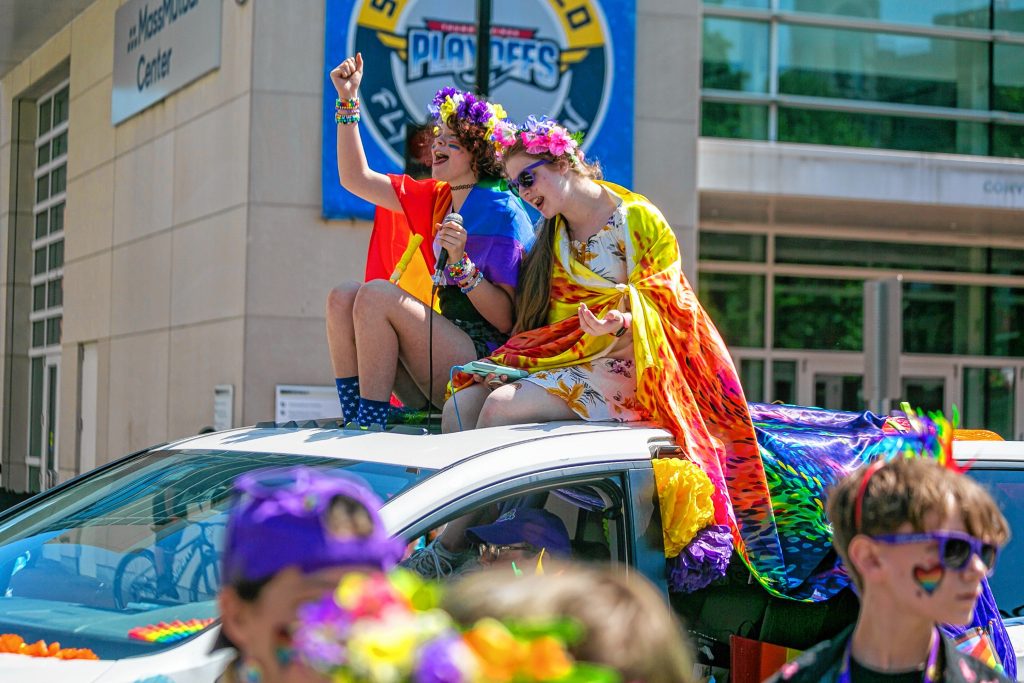 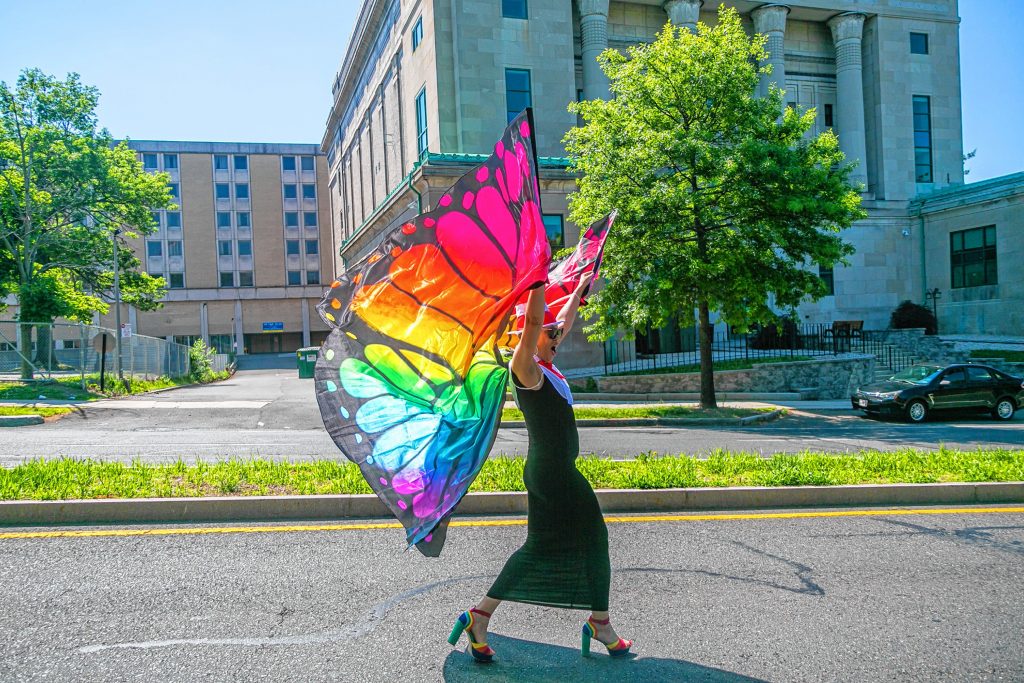 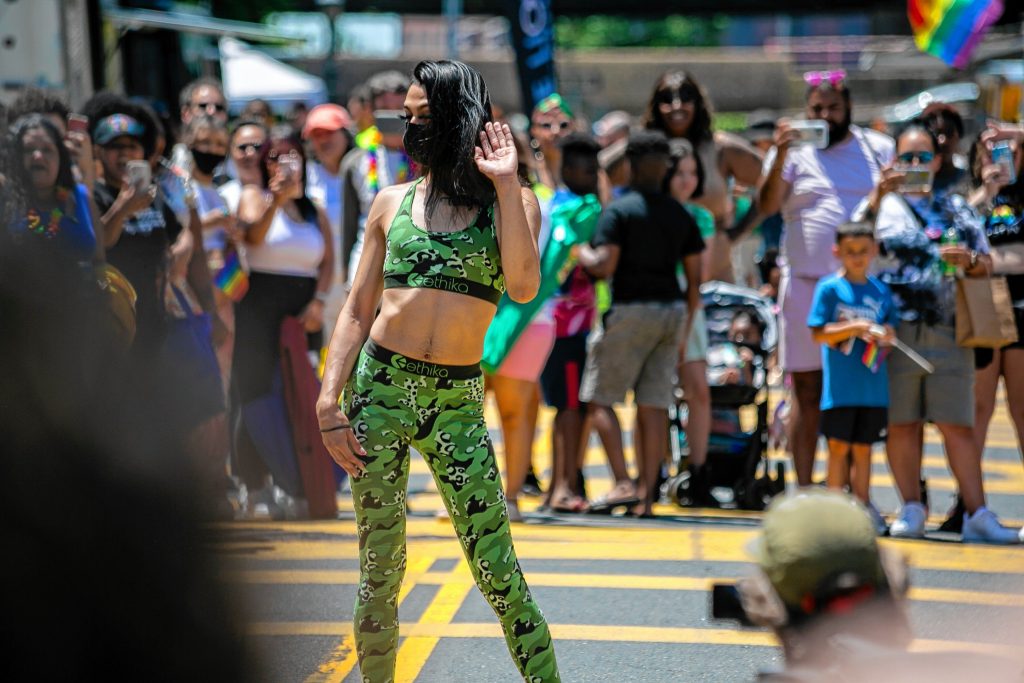 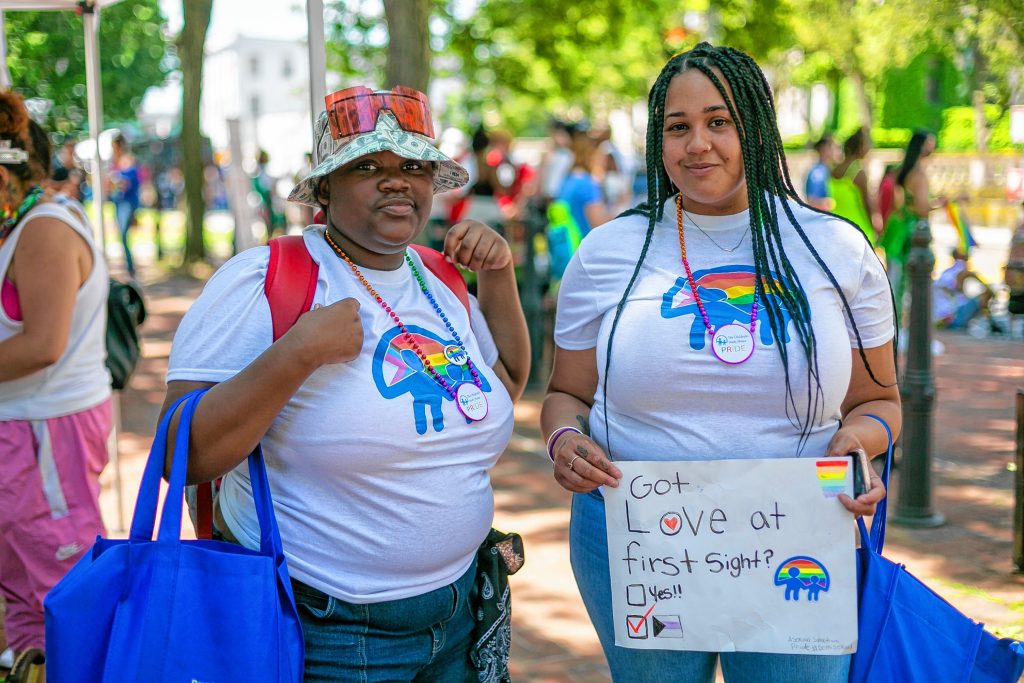 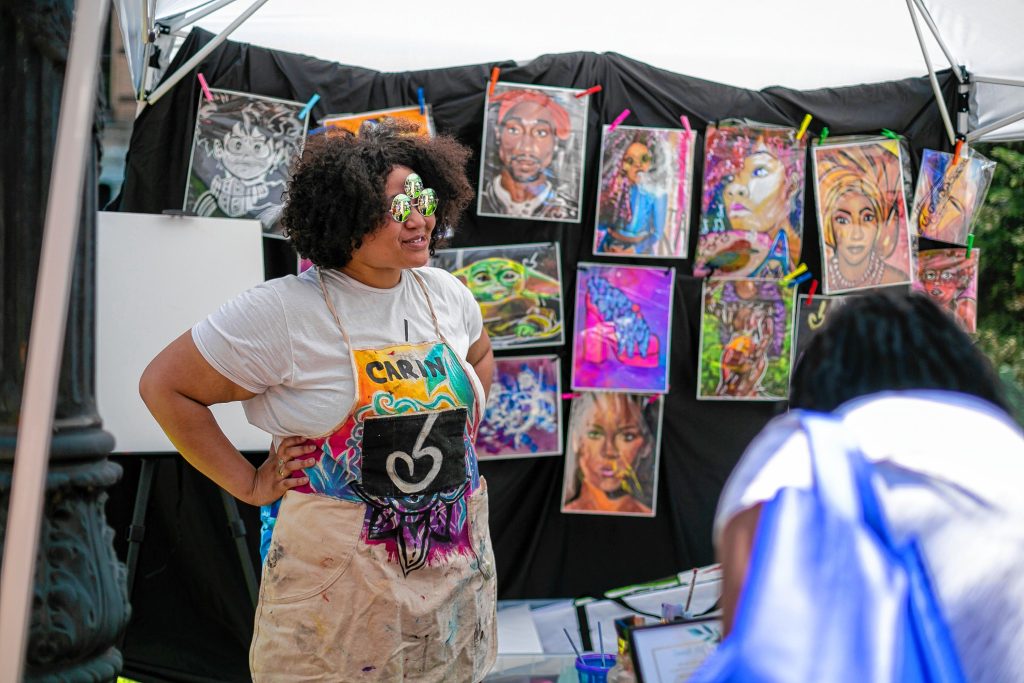 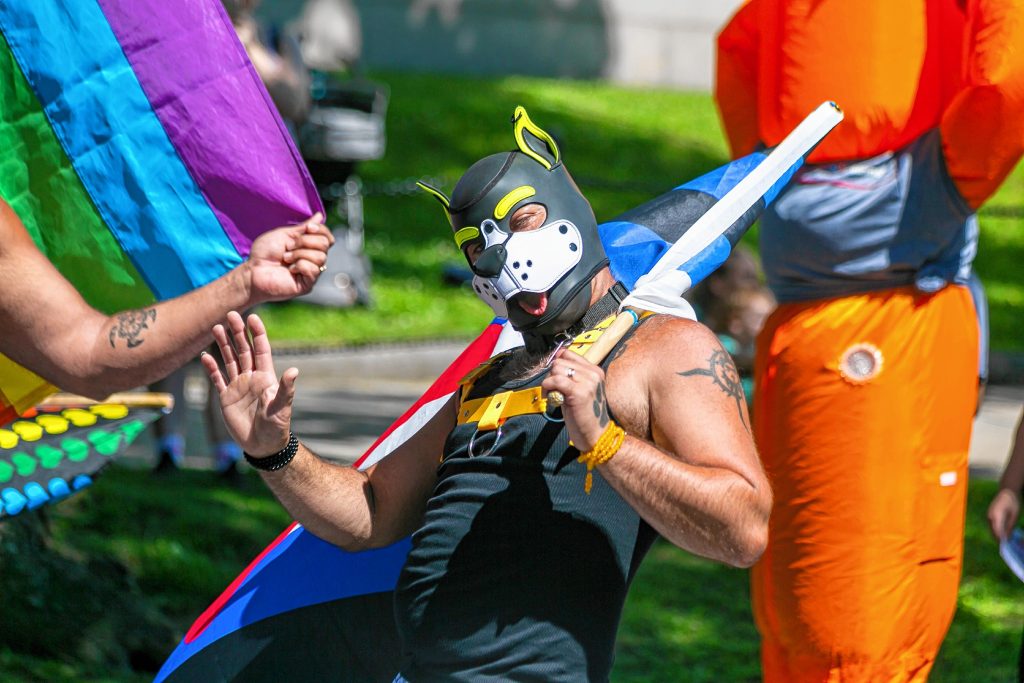 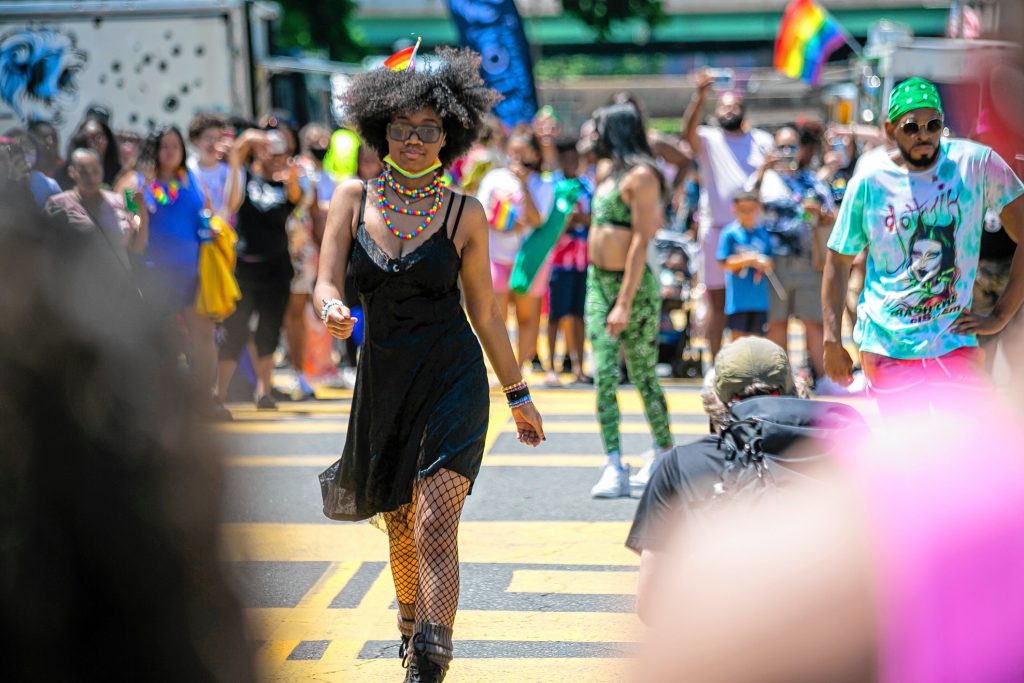 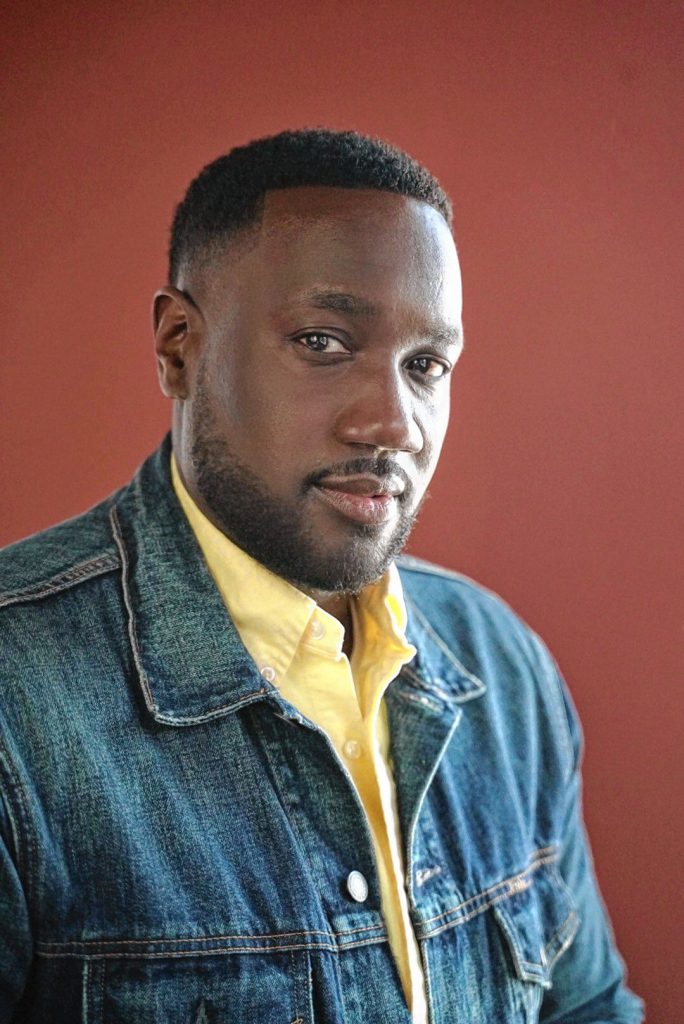 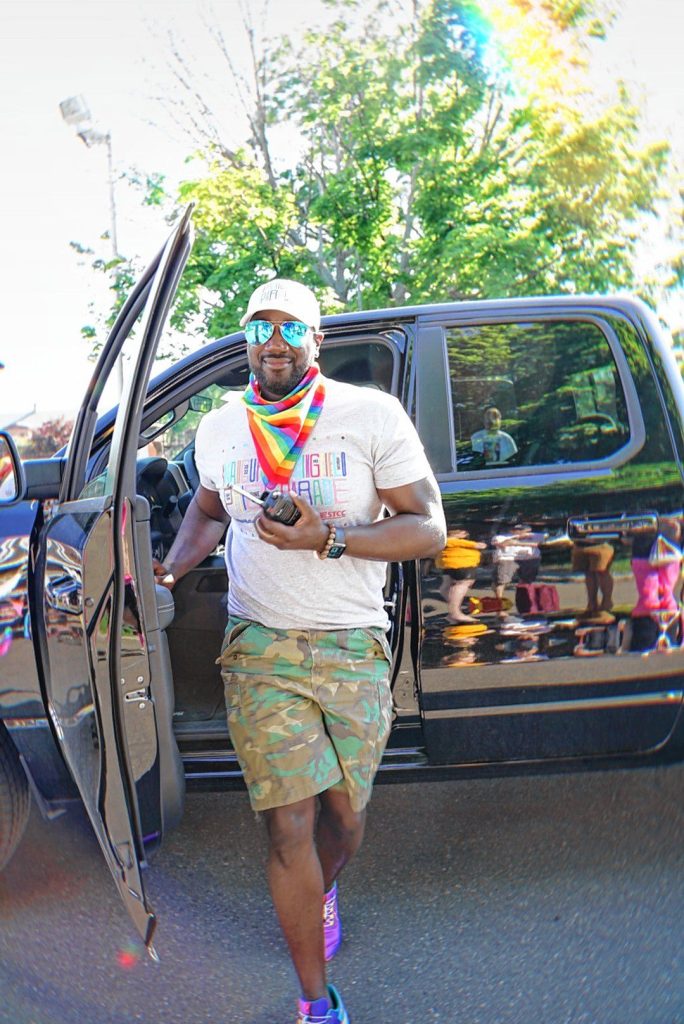 When Taurean Bethea came out as a gay man at 33 years old, he never pictured himself waving a flag or marching in a parade about it.

“It wasn’t something I felt was needed. Like, why do I need to announce my orientation? It just didn’t make sense to me,” he said.

But as Pride organizers throughout the state canceled long-standing celebrations of queer jubilance this spring, the Springfield native did more than grab a flag and wave it around. He was a key figure in starting a celebration in his home city.

Bethea, now 39, carried the rainbow-colored torch into the Pioneer Valley for the first-ever Springfield Pride Parade and Block Party held on June 4, held on the first weekend of Pride Month. A sea of prismatic flags lit up downtown Springfield as thousands descended upon the area for the inaugural event.

Over the last 50 years, Boston Pride has facilitated programming and events that have promoted equality. In more recent years, the group invested its time addressing concerns raised by the QTBIPOC, or Queer, Trans, Black, Indigenous People of Color community and others through its diversity, equity, inclusion and access work consultants Dorrington & Sanders, according to a July 2021 statement released by the entity’s board of directors. The group also formed the Transformation Advisory Committee in an effort to bring change to the organization.

Through those conversations, the board of directors ultimately decided to disband and stated that they hoped new leaders would emerge to carry the Pride baton forward in Boston.

“It is clear to us that our community needs and wants change without the involvement of Boston Pride,” the statement reads. “We care too much to stand in the way. Therefore, Boston Pride is dissolving. There will be no further events or programming planned, and the board is taking steps to close down the organization.”

Closer to home, Noho Pride, rather than closing down, is in a “rebuilding year,” according to Executive Director Anna Hoff. The once annual event, which attracted more than 40,000 people to Northampton every year in early May, had less than a handful of volunteers to organize the event this year.

Instead, Hoff joined a crowd of around 30 people and processed down Main Street to Pulaski Park — the original path set forth by those that marched in the first liberation Pride march in Northampton, held in May of 1982.

The march/walk was a moment to reflect and remember the origins of the annual event, and was designed to be low-key in nature.

“One way to hold hope for the future is to take a look back and connect with the origin story and roots of Noho Pride. The fight isn’t over,” she said.

In addition to Springfield Pride, Greenfield and Holyoke also celebrated Pride with respective celebrations in each city.

In Holyoke, city councilors Juan Anderson-Burgos and José Maldonado Velez said they stepped up to ensure visibility for the LGBTQ community in June.

Maldonado Velez, co-chair of the Pride Fest Committee, said that after learning that Noho Pride wasn’t going to be held this year, he and Anderson-Burgos had one more reason to make sure it was celebrated in the Paper City. Holyoke hosted several events, including a prom for LGBTQ youth and a festival at Veterans Park.

In the future, he hopes that Holyoke Pride will expand beyond the month of June.

“We’re not just Queer or Gay in June … LGBTQ issues are all year long,” he said. “Pride means being proud of who I am: a Puerto Rican gay man.”

In planning Holyoke Pride events and announcing them on social media, Maldonado Velez said that he received negative comments from “internet trolls” because the city was celebrating Pride.

More than a parade

As the third largest city in Massachusetts, many might have found it shocking that Springfield never hosted a Pride event like Bethea put together this year.

For him, holding Springfield Pride wasn’t just about spreading cheer in acceptance and identity. It was about responding to a crisis and it was about visibility.

“I was paying attention to my hometown and learned that depression and suicide rates were up in the LGBTQ+ community and I was like: ‘that’s not OK’,” he said. “We can’t, as a community, allow this to happen. If kids are committing suicide or are depressed because they can’t be who they are, then that’s a big problem.”

Bethea said he came out publicly in hopes that someone might be able to “utilize him as a shield or motivation” or whatever they need to feel comfortable to accept themselves.

“I just wanted to drive that force and allow kids to understand: you are fine. Be who you are. We have your back,” he said.

The parade itself was an effort two years in the making that was delayed as a result of the COVID-19 pandemic. In addition to the frivolity that was the inaugural parade and block party, Bethea has founded and now serves as the CEO of the Springfield Pride Parade nonprofit organization. While he has set his sights on a parade akin to Macy’s Thanksgiving Day Parade — complete with a gigantic Snoopy making an appearance in a rainbow T-shirt — he is also working to launch several initiatives to help LGBTQ+ youth.

“The parade is what gets the attention, and now that we have your attention, there are the things that we need to work on and I am so happy that we have this program that is like ready to go, fresh off this momentum of this big parade,” he said.

In February, the nonprofit launched a safe space initiative and asked businesses to commit to disavow hate speech, discrimination or bullying and display the Springfield Pride Parade decal in their windows signifying their status as a safe space.

That initiative has since expanded into the organization’s Safe Space Summer Program. Through a partnership with Springfield College, Springfield Pride Parade is launching this new program on July 11 that’s geared for students in sixth grade through 12th grade. The six-week program focuses on a holistic approach to learning with work anchored in evidence-based social emotional learning strategies in a safe space over the summer. The program will run on Mondays, Wednesdays and Friday from 2 to 7 p.m.

Although all orientations within that age group are welcome to participate in the free program, the organization is an LGBTQ+ focused organization. To apply, visit springfieldprideparade.org/summersafespacesapplication.

“It will allow kids to open up, relax and be able to communicate with mental health professionals and social workers … I just feel like when the kids are just hanging out for the summer, relaxing, playing in the field and just having a professional communicate with them, I think that will be very impactful,” Bethea said. “We can get to what we need to get to with the youth and make sure they’re protected.”

The future of Pride in Massachusetts is something that members of the LGBTQ+ community continue to ponder. In spite of that, one aspect that seems to be universal throughout the state is the desire to expand events and programming beyond a day or weeklong festivities.

In Worcester, the Queer Coalition of Greater Worcester, which is composed of different LGBTQ+ groups and organizations, is looking to take on a different approach.

Much like Noho Pride, Worcester Pride was celebrated for more than four decades. As a college town, events were held in September to allow students to participate in the Pride activities.

And since there was not an organization to put on the Pride events in Worcester, in the summer of 2021, the Queer Coalition of Greater Worcester stepped forward to put together a festival and a rally, said Al Green, a member of the coalition.

Moving forward, Green says the coalition is trying to take in more perspectives and experiences of the LGBTQ+ community as it presents events. Sponsors are encouraged to form a year-long partnership with entities rather than a single-day or week to be able to do more throughout the year.

“Part of it is generational, in that the previous generation made huge advances and fought for the right and the freedoms that we enjoy today and that some of us take for granted. But there is also a feeling as though some are just celebrating the advances that have been made without necessarily thinking about all the other ways in which there could be improvements,” he said. “Oftentimes, I’ll hear people say: ‘Oh, things are great now. It’s perfect.’ You’re able to have a gay bar and you’re able to go to straight venues and not worry about being harassed, and you’re able to marry now.

Many speakers and workers who deal with housing described how many members of the community had dealt with housing discrimination, for example.

Green says the new generation of Worcester Pride is trying to highlight the advances that have been made, but not just remain focused on the origins of the original Pride — as marches. Organizers are looking to celebrate the wins as well and continue to highlight the struggles that are still taking place in an effort to keep fighting that discrimination.

For Green, a native of Jamaica and someone who has sought asylum, Pride has a different meaning than it might for others.