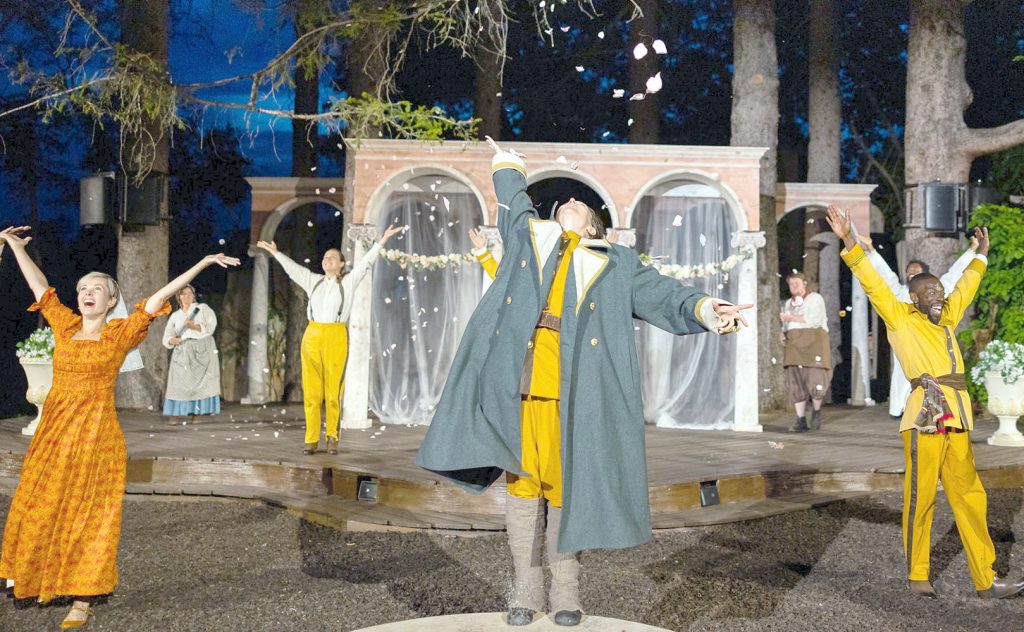 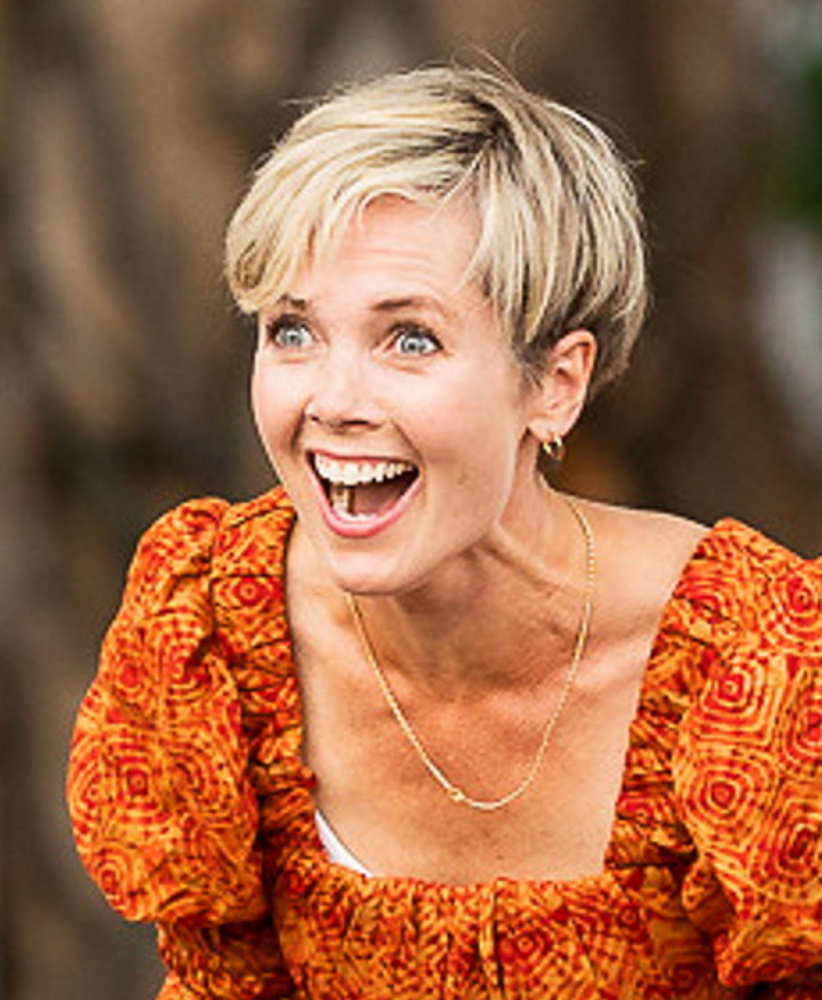 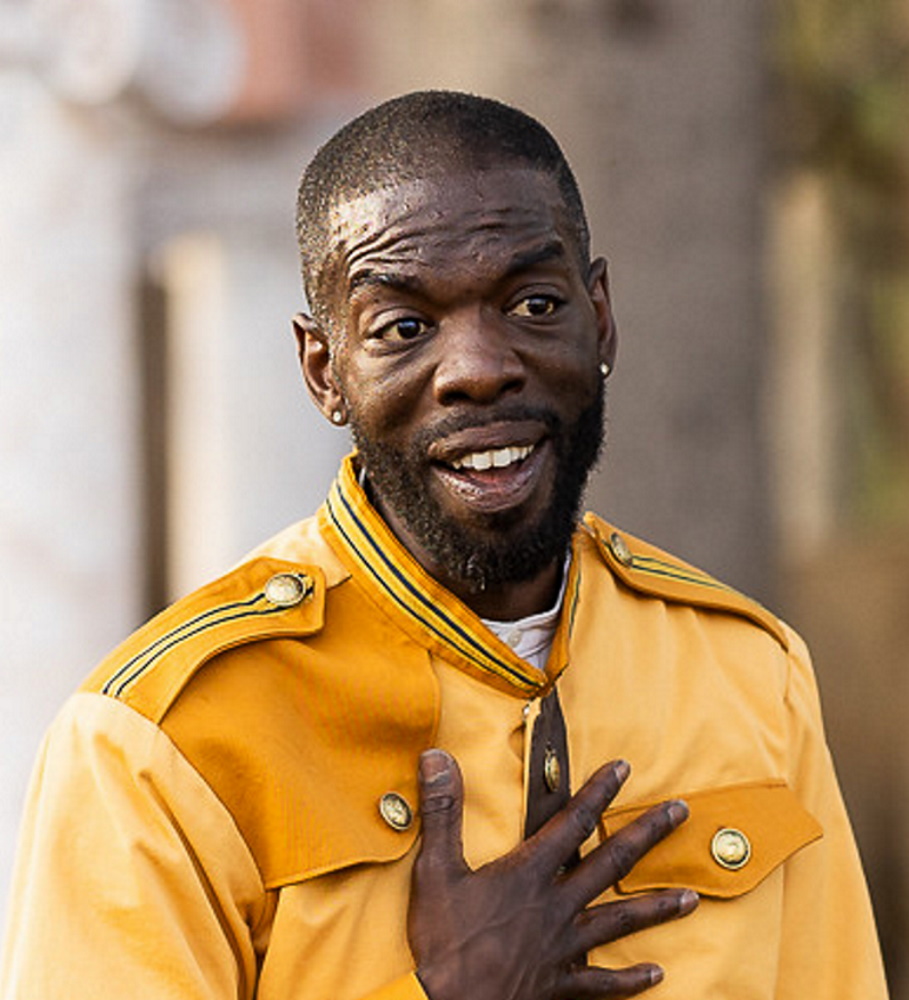 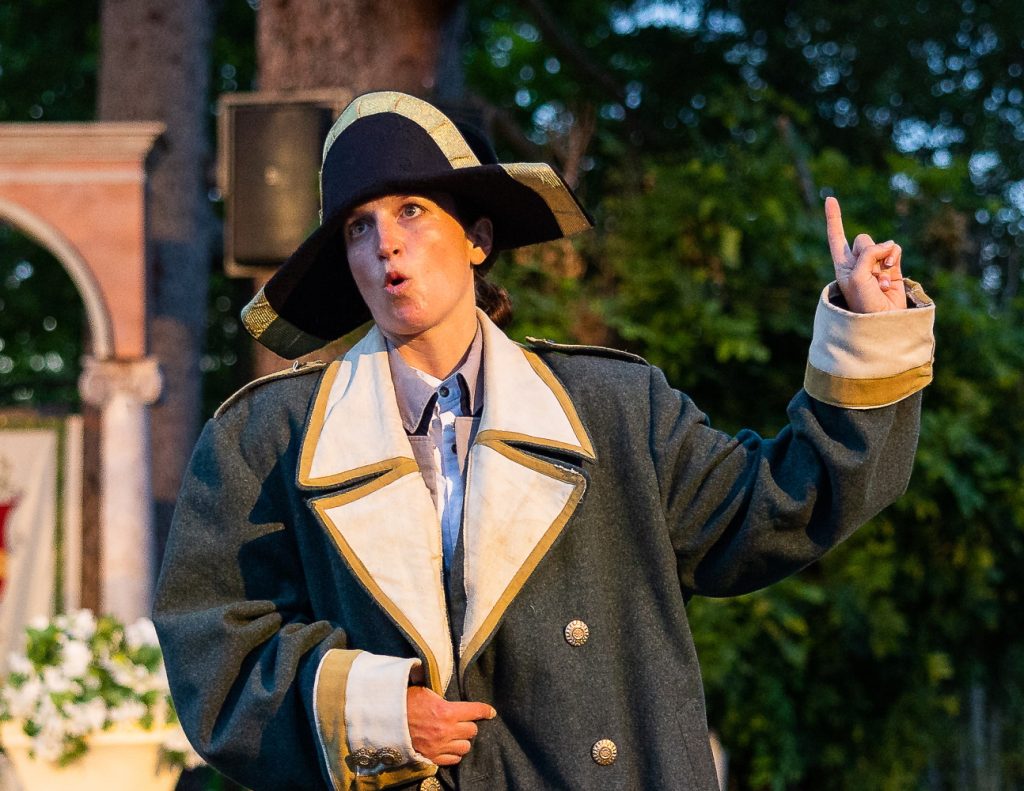 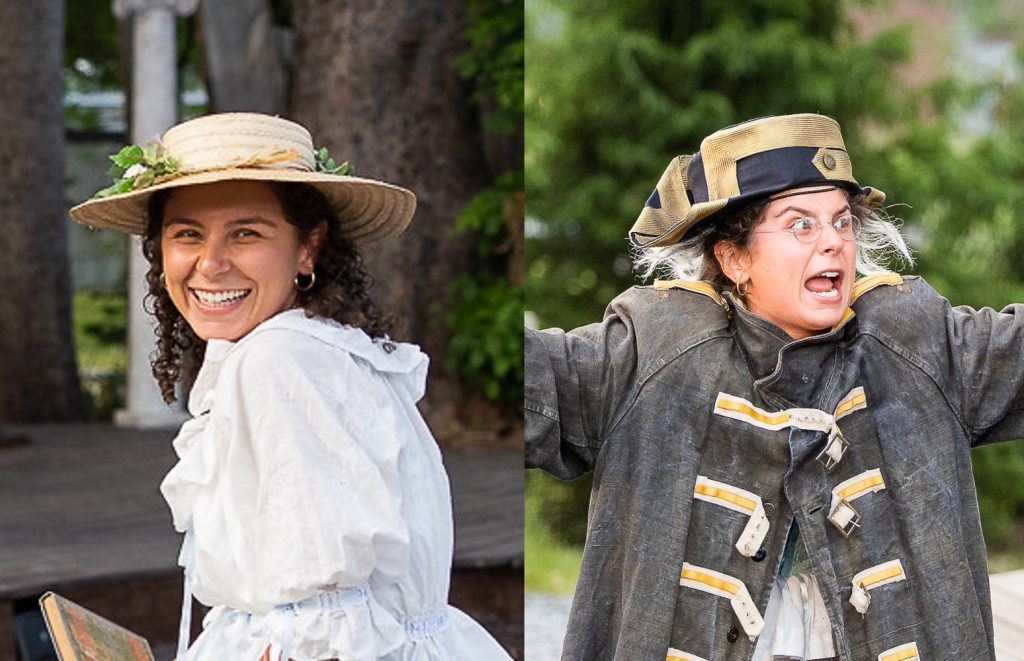 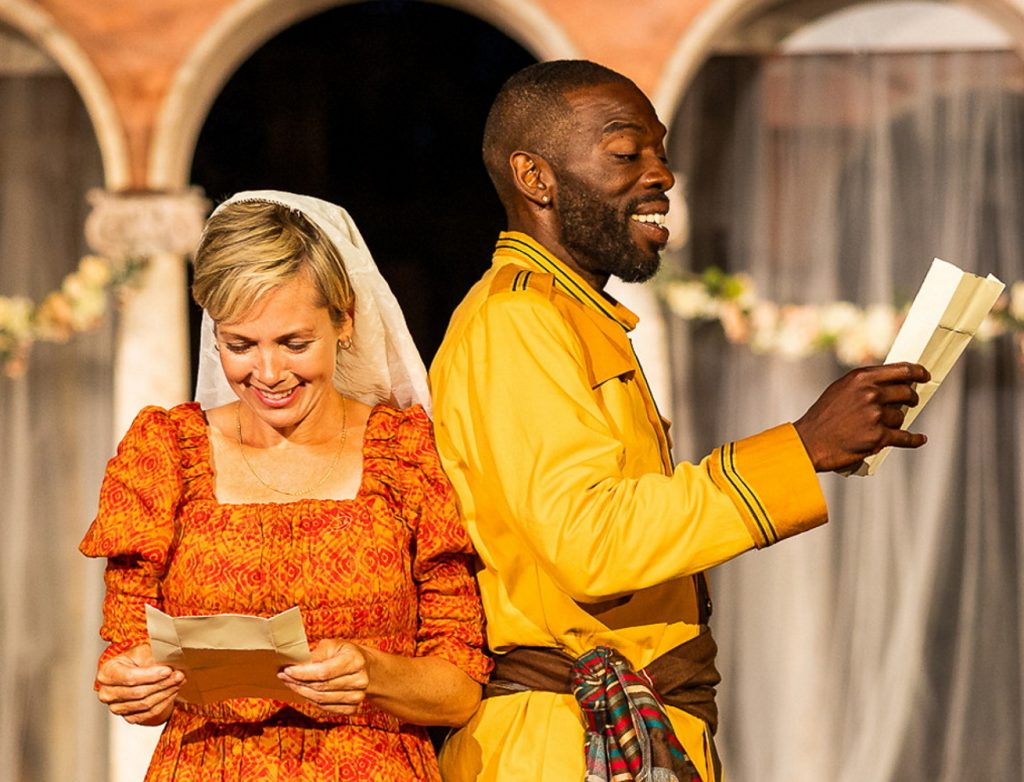 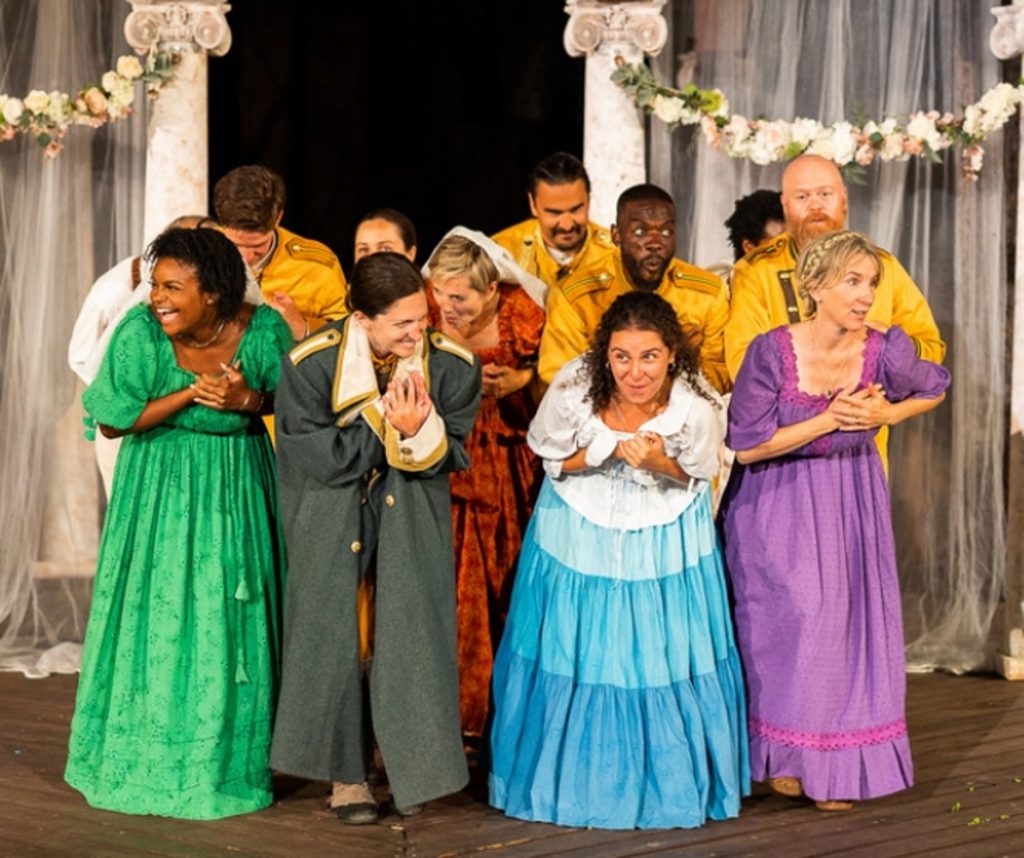 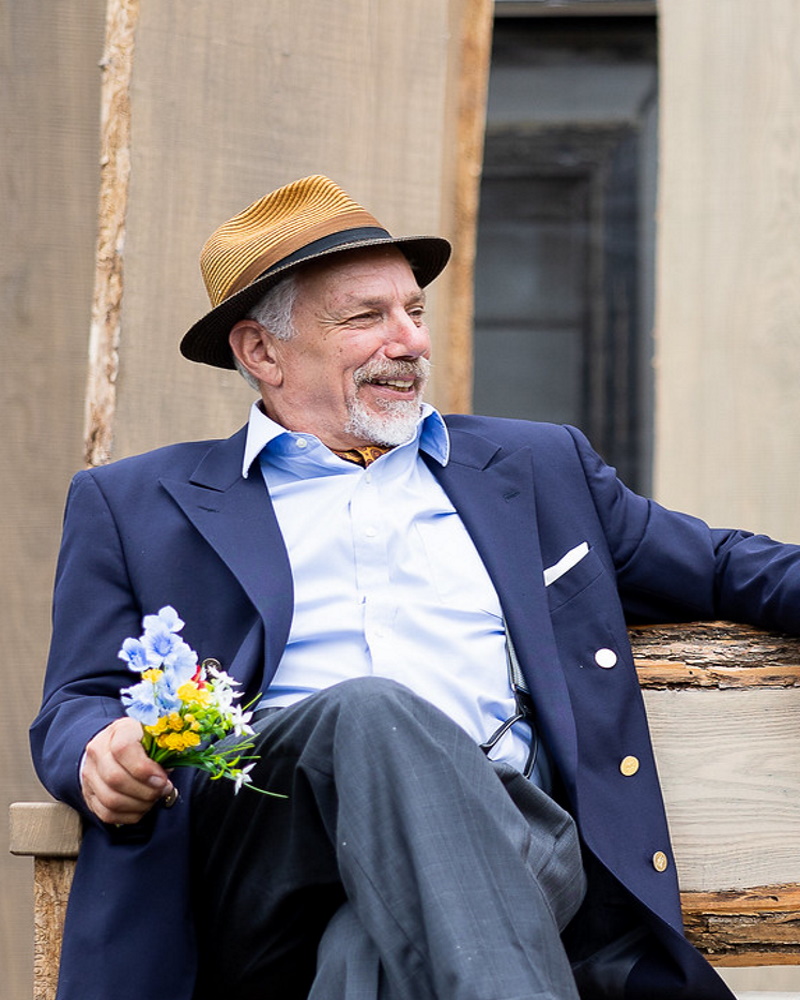 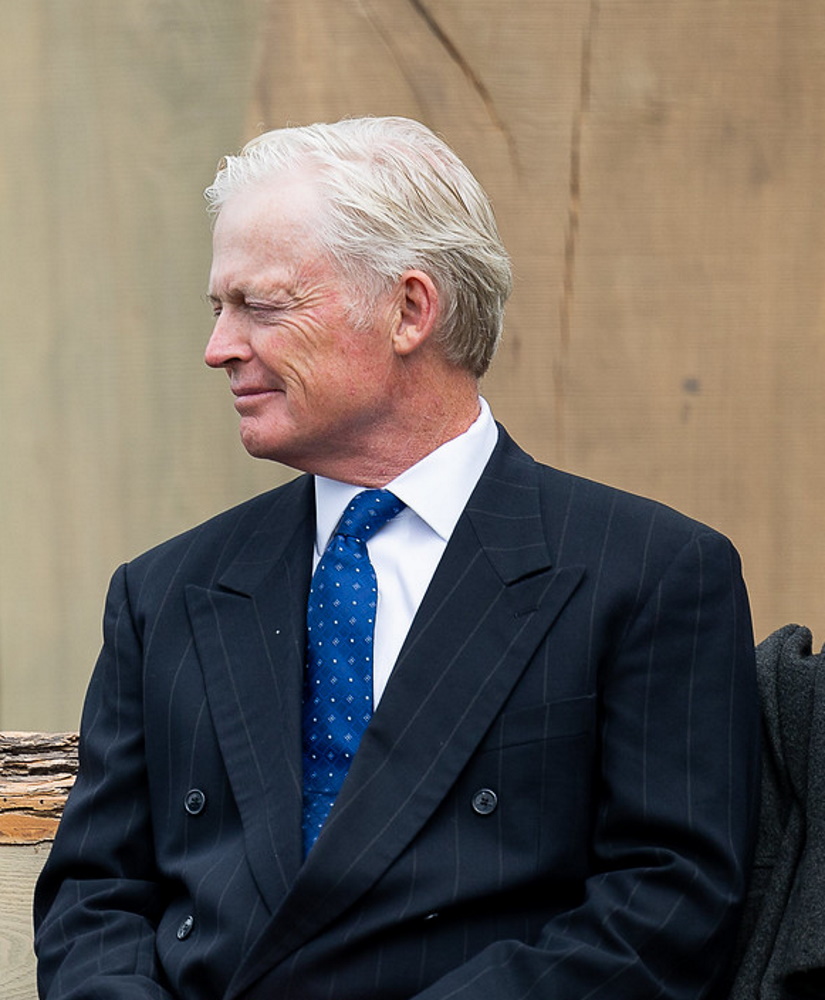 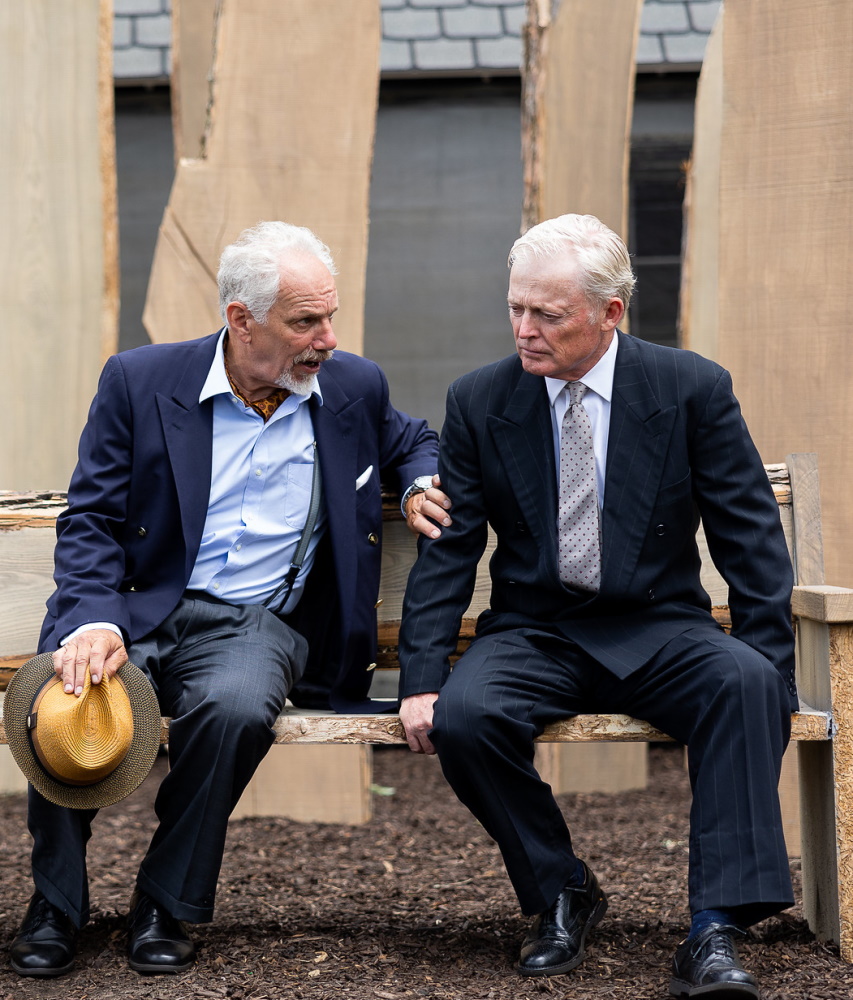 Just about the only things Shakespeare & Company’s two current productions have in common are fresh air and trees. The Bard’s sun-and-shadow comedy Much Ado About Nothing sprawls over the outdoor New Spruce Theater, the set’s Italianate columns backed by a grove of mature spruces.

A couple of trees are also growing in the company’s Roman Garden Theatre, but the stage for Lee Blessing’s Cold War drama A Walk in the Woods is set between them, against a bleak backdrop of flat abstract trunks hewn from a storm-felled ash tree on the theater’s campus.

A few years ago, when I told my brother I was directing As You Like It, he said, “Isn’t that the one about Beatrice and Benedick?” The confusion is understandable – those all-purpose titles – but B&B are the prickly lovers in Much Ado, the most delightfully notorious in a long line of squabbling sweethearts who say they can’t bear each other but can’t bear to be without each other. 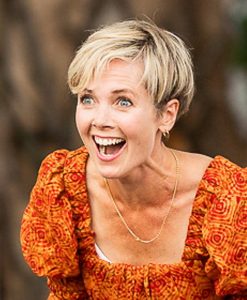 In Kelly Galvin’s sparkling production, the combatants in this “merry war” of wits are Tamara Hickey and L. James. It takes a while for Hickey to inhabit Beatrice – her early scenes are clownish, the cutting wit more broadsword than rapier – but when she settles down and finds the aching heart within the armored breast she’s both touching and very funny. 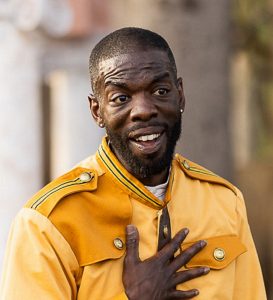 James’s Benedick is foremost a man of integrity, his only artifice a dogged insistence that he’ll never marry. The genius of this performance is that in that core of authenticity he also finds the freedom to be downright goofy – his slapstick attempt at eavesdropping on his friends loudly discussing Beatrice’s secret love for him is priceless.

The plot is set spinning by a company of soldiers’ return from the (unspecified) wars to an Italian country manor, led by the noble Don Pedro, whose troops include most of the key male figures in the play.

The shadow on the sunny plot is cast by the near-tragedy of the other pair of lovers, dashing Claudio and virginal Hero, whose wedding is upended by spiteful trickery – and by the age-old willingness of men to believe the worst of women on the flimsiest evidence.

This two-fold comedy of love masked by banter and sabotaged by envy depends on a fine balance between tension and foolery. Galvin handles the juggling act superbly in a production that is not only “color-blind” – a longtime standard at S&Co –  but experiments with cross-gender casting. 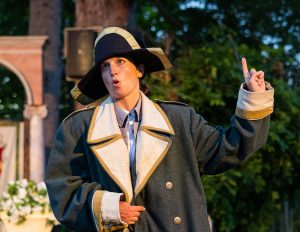 The play’s key clown is Constable Dogberry, master of the malaprop (“Is our whole dissembly appeared?”) and puffed-up pride. Caroline Calkins is a droll, diminutive Dogberry. I couldn’t tell if she was playing a male role or if the role has been made female, which would add an extra layer of fluster, a woman having to prove herself in a man’s uniform.

The “plain-dealing villain” behind the scheme to disgrace Hero, convincing Claudio his intended is “disloyal,” is Don John, and here the casting choice works against the production. Madeleine Rose Maggio simply doesn’t have the clout, vocally or physically, to make his malevolence credible, skewing and diminishing the subplot. 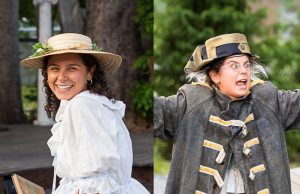 Several actors double up on roles to staff Dogberry’s comical night watch. Gregory Boover transforms from Claudio and Bella Merlin from Hero’s maidservant to join the force; best of all is Gina Fonseca, unrecognizable and hilarious in her quick-changes from fresh-faced Hero to grizzled Officer Verges.

Also effective in the dozen-member cast are Jake Wald, upright and impassive as Don Pedro; S&Co favorite Nigel Gore as the perplexed paterfamilias; Michael J. Toomey as Don John’s right-hand hitman; Naire Poole as the innocent instrument of Hero’s downfall; and Devante Owens, doubling as a bad guy and a good friar. 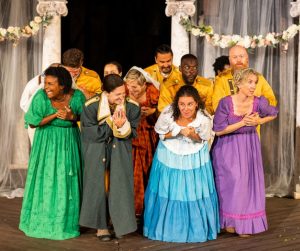 A special word for Kiki Smith’s fabulous costumes, not period-specific but inspired by the “lush, comfortable, sensual” feel of the country setting and riffing on Italian pre-WWI military uniforms, here chocolate-on-gold instead of khaki and olive. The two looks complement each other and lend the whole enterprise a thrilling swirl of color.

A Talk in the Woods

During a stalemate in the 1982 Soviet-American arms-control talks, two negotiators from opposite sides of the table took an informal stroll in the woods outside Geneva and hashed out an agreement that was fair to both sides and was immediately rejected by both sides. Out of that bitterly ironic piece of history came Lee Blessing’s ironic and engaging play A Walk in the Woods.

S&Co’s finely balanced production underscores both the tension and the levity arising from this odd-couple collision. Director James Warwick gives sensitive attention to the encounter, which unfolds over four successive seasons, moving things briskly while making room for emotional depth and more than a few jokes. 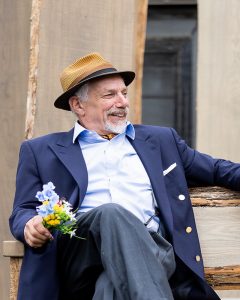 The jokes are delivered by the Russian, Andrey, a veteran of endless rounds of negotiation. Cynical about their prospects and both nations’ commitment to them, he finds release in flippant humor and “frivolous” distractions, like American pop culture. 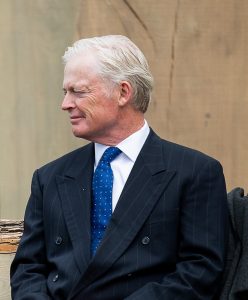 His unsmiling opposite number is John, a newcomer to the U.S team, who takes the process seriously, even optimistically, and is dedicated to its success. “A pretty serious, stiff, even priggish type of person” by his own measure, he’s anxious to prove his diplomatic mettle and exasperated by Andrey’s impish diversions. (Early on, I noticed a pair of hawks circling high above the stage.)

Both negotiators are consummate pros, and so are the actors who portray them here, both of them S&Co mainstays. Jonathan Epstein’s gregarious Andrey is a Slavic pessimist with a mischievous streak. He’s relaxed and playful, until he’s not, and his body language subtly signals the shifts. 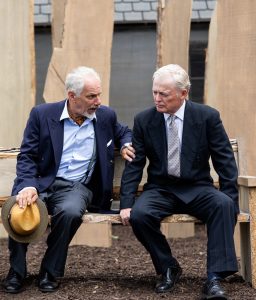 Allyn Burrows’ John is more than a mere foil to Andrey’s infuriating refusal to take things seriously. We can feel him straining against both the expectations of his superiors (including the President) and his own dawning realization of the realities of Cold War gamesmanship. As Andrey says – echoing, I think, the playwright’s own skepticism – “Even if we agree, do you think it will matter?”

Burrows, who is also S&Co’s artistic director, proposed the play for this season before the Russian bear dug its claws into Ukraine, and confirmed it soon after. The current calamity is both unlike and shudderingly similar to the knife-edge superpower stand-off that underpins the play. In both cases, a moment of miscalculation or mischief could light the fuse that engulfs the world in war.

In Much Ado, all’s well that ends well. For the diplomats in the Swiss mountains, and the powers facing off in Eastern Europe today, the ultimate question may well be whether the world as we know it will continue to be, or not to be.